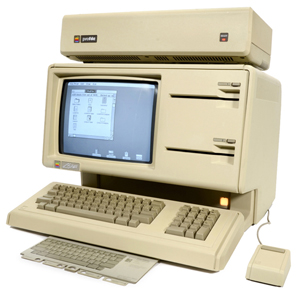 Another landmark machine was a 1983 Apple Lisa-1, the first commercial computer with GUI (graphical-controlled user interface), for 41,808 euros (US $54,350). Auction Team Breker image.

COLOGNE, Germany – The ascent of early PC technology continued May 25 at Auction Team Breker when an Apple 1 computer from 1976 reached a new world record price of 516,461 euros (US $671,400). The antique technology specialist made international news on Nov. 24 for selling another Apple 1 for the then record price of 491,868 euros (US $640,000). The Apple 1 sold on May 25 to a collector in the Far East who wants to be anonymous. LiveAuctioneers.com provided Internet live bidding.

Although these figures seem staggering, the Apple 1 phenomenon has had a steady build up. Early model Apple computers have been changing hands privately for many years but have only recently started to appear at public auctions. One of the main factors behind the record prices has been condition. Both machines sold in Germany were fully operational computers. According to Mike Willegal, author of the Apple Registry, there are only 46 Apple 1 units in existence, and of these just six still work.

The one sold in May had an additional special provenance. Not only did it bear its designer/inventor/manufacturer Steve Wozniak’s signature, this computer was accompanied by a 1978 letter from Steve Jobs to Fred Hatfield offering him the newest model Apple II in exchange for his old Apple 1 plus $400. Hatfield, however, liked his computer so much that he refused to part with it: in hindsight a wise decision, as the Apple II at the Breker auction sold for a comparatively modest 5,410 euros (US $7,033).

Other landmark machines in the sale included a 1983 Apple Lisa-1, the first commercial computer with GUI (graphical-controlled user interface), for Euro 41,808 (US $54,350) and a 1973 Scelbi-8H Mini-Computer Kit with extensive original documentation from its creator Nat Wadsworth for Euro 15,985 (US $ 20,780). The Scelbi-8H was arguably the first true personal computer, yet is today virtually unknown (only three examples survive), having been eclipsed within a year of its inception by the more popular MITS Altair 8800 from two years later (1975), an example of which sold for 8,607 euros (US $11,190) at the same auction.

Computers and calculators, however, were not the only “office antiques” sold on Saturday. The auction catalog also featured an array of early telephones, telegraphs and typewriters. The star of the first category was an 1895 L.M. Ericsson desk telephone known as the “Coffee Grinder” for its distinctive circular shape and colourful lithography for 14,756 euros (US $19,200).

The second section of the sale presented some superb self-playing musical instruments, phonographs and automata. An imposing orchestral musical box for the Chinese market, featuring drum, bells, castanets and a 16-note reed organ, drew particular attention at 18,445 euros (US $23,980), while a late 19th century piece of audio-visual entertainment in the form of a musical box with Chinoiserie mandarin automata and darting enameled wasps brought 5,533 euros (US $7,193). Rather more sedate was an elegant “drum-table” disc musical box decorated in the style of Rookwood pottery by the Regina company of New Jersey for 11,388 euros (US $14,800). Also dating from the early 20th century was an Edison “Idelia” Model E phonograph in fine original condition for 22,776 euros (US $29,600). A 1903 novelty from the local Stollwerck chocolate factory in Cologne, Germany was a children’s tin toy gramophone designed to play music on chocolate discs, which fetched 5,410 euros (US $7,033) with an original record still intact and uneaten after 110 years.

A collection of belle époque musical automata included the work of luxury Parisian toymakers Gustav Vichy and Leopold Lambert who drew their inspiration from the Orient, the circus and the street alike. Vichy’s bewitching Japanese Mask Seller with her original embroidered kimono and twirling paper parasol sold for 40,491 euros (US $52,640) while another exotic figure, the Narghile Smoker by Lambert, brought 13,526 euros (US $17,600). Other highlights included a Whistling Boy by Phalibois for 13,526 euros (US $17,600) and a delightful Clown Magician, also by Vichy, performing a “cat and mouse” routine with his top hat for 14,756 euros (US $19,200).

Two automata dating from the mid-19th century were an attractive tortoiseshell singing bird snuffbox by Rochat at 11,067 euros (US $14,400) and a superb mechanical picture clock with two-train movement, 11 moving figures and three-air musical accompaniment by Xavier Tharin for 20,245 euros (US $26,300). More macabre was the X-Ray Machine For Amusement Only, which delivered illustrated cards of male and female skeletons, each accompanied by a grim prediction, for 18,445 euros (US $24,000).

The final part of the auction featured fine antique tin toys and models, including a few surprises. In addition to an elegant open-topped racer by the distinctively French maker Eugène Pinard for 5,164 euros (US $ 6,720) and the Tippco motorcycle with pillion rider and side car for 6,073 euros (US $7,900), a 1955 Paul Weiss clockwork aeroplane was propelled to 3,074 euros (US $4,000), almost 10 times its reserve price, by lively bidding in the room and on the telephones.

Equally surprising were two lots of Bing rolling stock with original paint, a mail car and a dining car, which fetched many times their presale estimates at 3,197 euros (US $4,160) and 6,763 euros (US $8,800) respectively. A beautifully preserved Märklin Guage I Railway Station from circa 1910 provided a suitable accompaniment at 11,067 euros (US $14,400). The sale was rounded off in full steam with a physical demonstration model of a Watt-type beam engine by Eugène Bourdon for 5,567 euros (US $7,250).

The next specialty auction of Science & Technology, Mechanical Music, Fine Toys and Automata is scheduled for Nov. 16. The final date for consignments is Sept. 1 For more information about the auctions and a full list of realized prices, visit www.Breker.com. 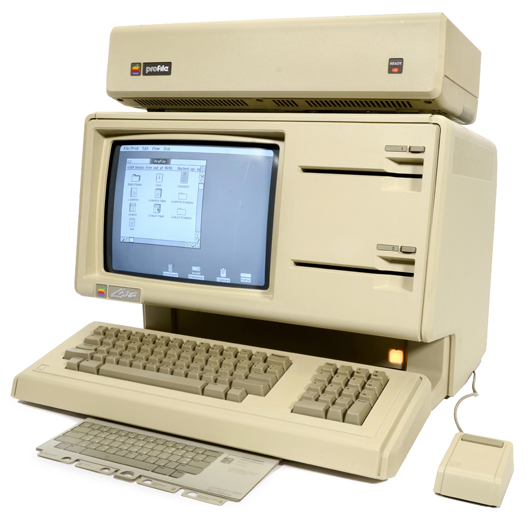 Another landmark machine was a 1983 Apple Lisa-1, the first commercial computer with GUI (graphical-controlled user interface), for 41,808 euros (US $54,350). Auction Team Breker image. 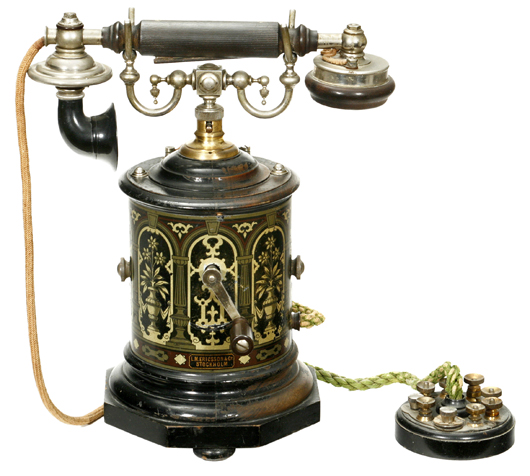 An 1895 L.M. Ericsson desk telephone known as the ‘Coffee Grinder’ for its distinctive circular shape and colorful lithography, sold for 14,756 euros (US $19,200). Auction Team Breker image. 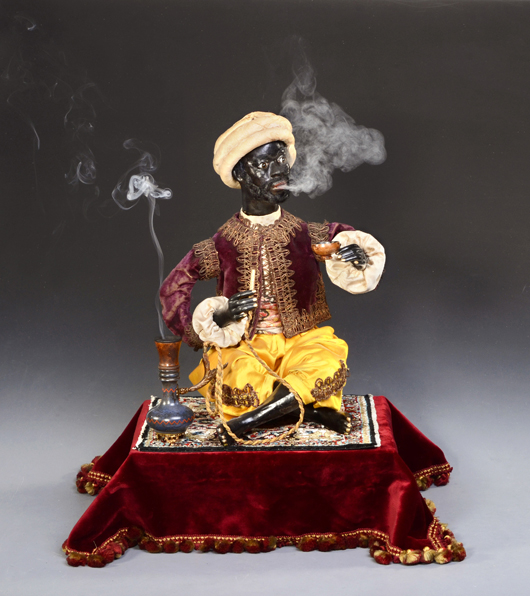 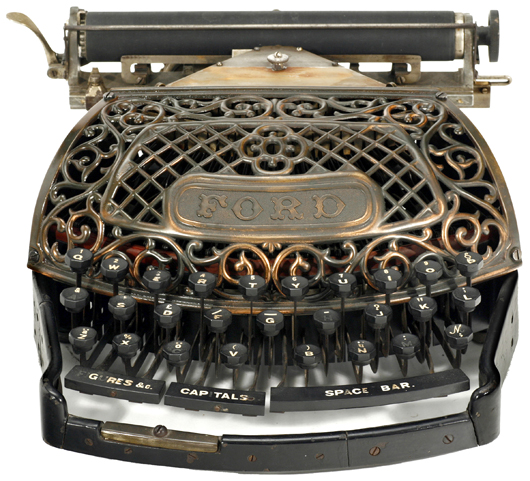 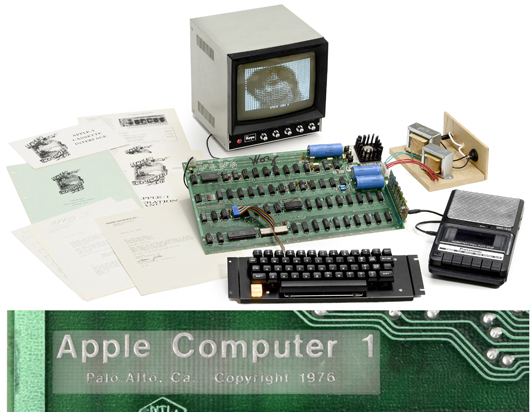 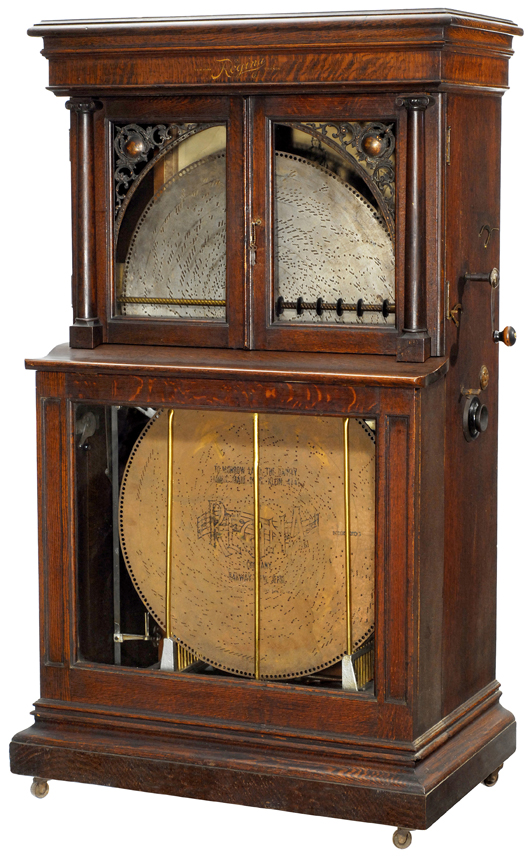 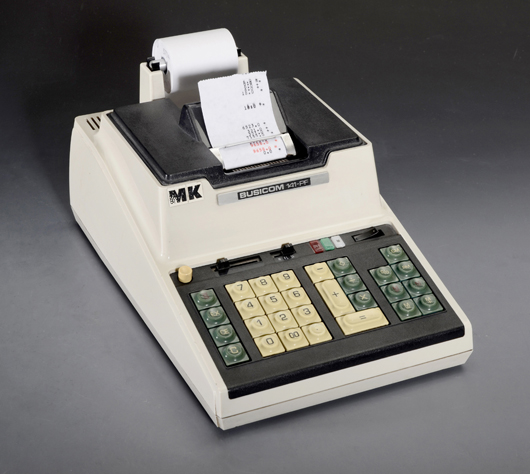 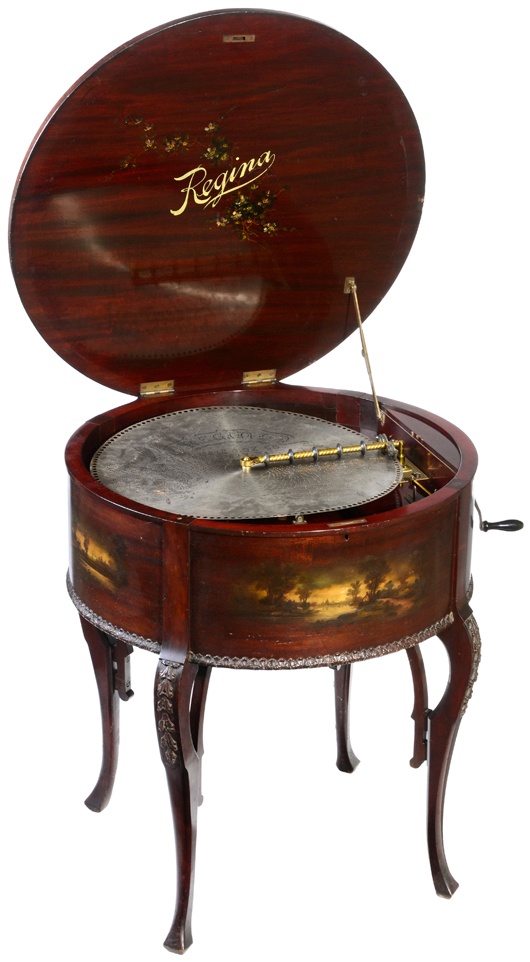 This elegant ‘drum-table’ disc musical box decorated in the style of Rookwood pottery by the Regina company of New Jersey sold for 11,388 euros (US $14,800). Auction Team Breker image.

Kimball Sterling to auction canes from fine collections on June 22