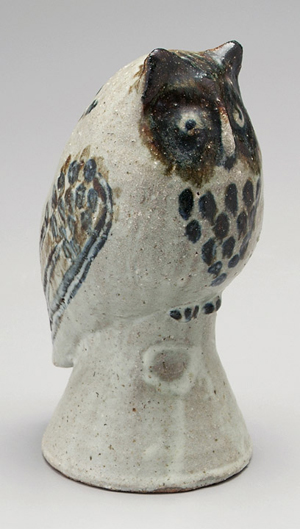 ASHEVILLE, N.C. – It was ironic that Georgians had to travel to North Carolina for a sale of their prized 18th-century country antiques. Brunk Auctions welcomed the delegation of at least 125 Peach State collectors and dealers with a two-day symposium on Georgia antiquities and a sneak preview of the May 30 auction. The 728 lots encompassed one of the finest collections of Georgia furniture, pottery, silver, watercolors and books ever assembled. The auction grossed $1.5 million.

For more than 40 years, Florence and Bill Griffin, both now deceased, traveled their native Georgia searching for primitive, unadorned furniture made from native woods. Bill, a successful real estate attorney, and Florence, a horticulturist and preservationist, created a collection so impressive that it formed the bulk of a major exhibition at the Atlanta History Center in 1983. Twenty-two of the 126 artifacts in Neat Pieces – The Plain Style Furniture of 19th Century Georgia were on the block.

Deanne Levison, an Atlanta antique dealer and friend of the Griffins, was one of the most successful bidders. She returned to Atlanta – and to her clients – with at least 20 lots. She weathered heavy in-house competition to capture the sale’s top lot, a walnut 1810-1830 Georgia cellaret or liquor stand that William Griffin had bought by answering an ad in The Atlanta Constitution. Levison’s last bid was $120,750 (selling prices include a 15 percent buyer’s premium). Bill Griffin noted that the stand descended in the family of James Means, a pioneer settler in Upson County. When the Griffins removed the cabinet from the home, the found Confederate currency strapped to the bottom of the case.

Born in Great Britain, John Abbot immigrated to Georgia in 1776 and was one of the first to study the flora and fauna of the Savannah River Valley. His 1797 book on Georgia insects in two volumes sold for $57,500. His watercolor of a painted bunting sold to the Museum of Early Southern Decorative Arts for $20,700. The painted bunting, which measured 16 1/8 inches by 11 7/8 inches, was the top lot among the seven Abbot watercolors in the sale. MESDA, located in Winston-Salem, North Carolina, and the Georgia Museum of Art in Athens, Georgia, further benefited from the Griffin’s keen eye and passion for documentation.

MESDA bought a grain-painted single-case corner cupboard originally in the Augustus Dozier family of White Oak Plantation in Oglethorpe County for $11,500. The corner cupboard is destined for MESDA’s Georgia Room, a furnished setting that Florence and Bill Griffin helped establish.

The delegation from the Georgia Museum of Art was delighted with their purchases of the portraits of Robert Ransome Billups and his wife, Elizabeth Ware Fullwood Billups, by Edwin B. Smith (active 1815-1832). The circa 1827 portraits were displayed for years in the Eagle Tavern in Watkinsville, Ga. The 30-by-31 1/8-inch oil on canvas portrait of Robert sold for $92,000. The smaller portrait of Elizabeth, 30 1/8 by 231/8 inches, sold for $41,400.

There were 14 Georgia huntboards or “slabs” in the sale. No one recalled a sale with more. Many were truly neat and plain with thick sides and drawers. The top lot among the collection was a fine Georgia river birch huntboard with its original locks from Oglethorpe County, 1820-1840. It brought $29,900. Bill Griffin purchased the huntboard in 1980 and had documented its history back to the great-great-grandfather of Mrs. E.G. McCannon.

The Griffins were avid collectors of 19th- and 20th-century Georgia and South Carolina pottery. At the presale symposium John Burrison, author of Brothers in Clay: The Story of Georgia Folk Pottery, explained that slaves were potters in South Carolina, but not Georgia. Indeed it was the 16 1/4-inch pot attributed to Dave the slave potter of the Edgefield District of South Carolina that led all others. The dated 1851 jar, with a horseshoe mark and the initials “LM” for Lewis Miles, sold for $19,550. The top piece of Georgia pottery was an 8-inch brown and blue glazed owl from the skilled hands of Arie Meaders (1897-1989) that sold for $16,100.

The first published map of Georgia was contained in Reasons for Establishing the Colony of Georgia … , a book published in 1733 by Benjamin Martyn.  Rebound in red half leather, it was the top book at $4,370. 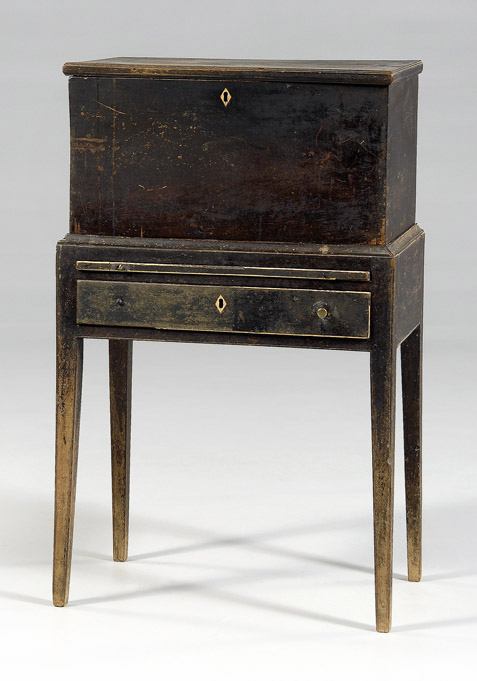 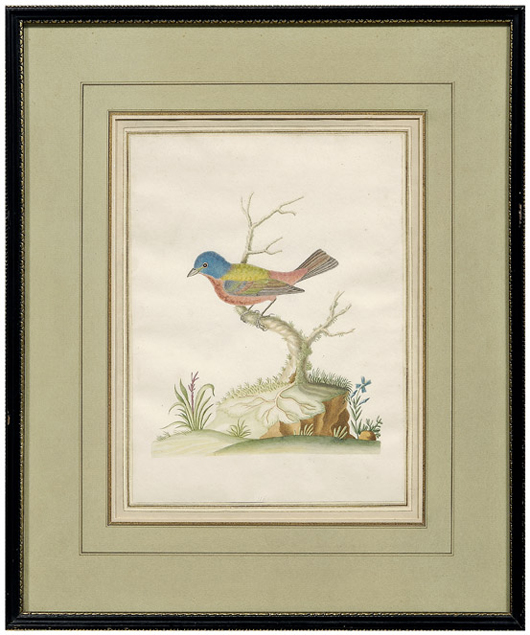 Of the John Abbot watercolors in the sale, Brunk Auctions speculated that the majestic bald eagle would be the top lot (est. $25,000-$40,000). Instead it was the painted bunting that flew to victory. The eagle sold for $17,250; the painted bunting for $20,700. All seven paintings – bald eagle, sparrow hawk, canvasback duck, bunting, summer sparrow, partridge and woodcock – were 16 1/8 inches by 11 7/8 inches and framed. Image courtesy Brunk Auctions. 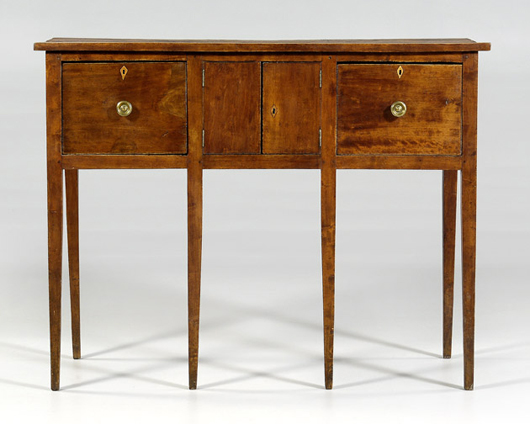 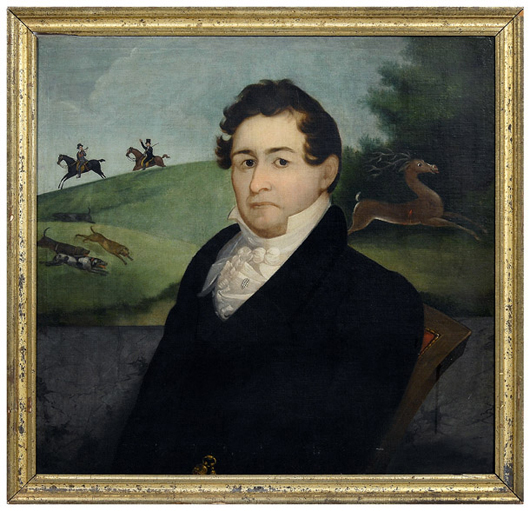 Robert Ransome Billups was killed by Indians in 1836. His portrait by Edwin B. Smith hung in the family-owned Eagle Tavern, near Athens, Ga., for years. Bidding began at $20,000 and escalated to $80,000 ($92,000 with buyer’s premium). Image courtesy Brunk Auctions.