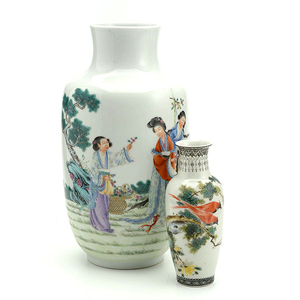 ALAMEDA, Calif. – Chinese arts and antiquities continued to prove their worth as a hot commodity in Michaan’s estate auction Aug. 3. A runaway sales success was found in lot 179, a set of six hanging scrolls of calligraphy brushwork attributed to Yu Youren, which was estimated to sell for $2,000-3,000. The set provided a formidable as well as collectible group of works to a worldwide bidding audience. Competition was strong for the calligraphy suite, ending with an impressive winning bid placed by a Chinese American floor bidder. The sale of the calligraphies came to surpass the high estimate well over eight times, with a final price realized of $25,960.

Asian Art Specialist Harry Huang believed what struck bidders was “the comprehensiveness of the grouping. Having these artworks as a complete body of work in a collection of six scrolls is a wonderful way to not only present them, but also to display them.”

Top selling lots were seen across department lines as well. An authentic, mid-century modern classic Hans Wegner Papa Bear Chair was sold alongside its original ottoman for $7,670 (lot 425, $3,500-4,500). Also noteworthy was a standout lot from the furniture and decorative arts portion of the sale in a stately Kindel Winterthur mahogany inlaid sideboard that more than quadrupled estimates (lot 389, $500-700, sold for $3,245). 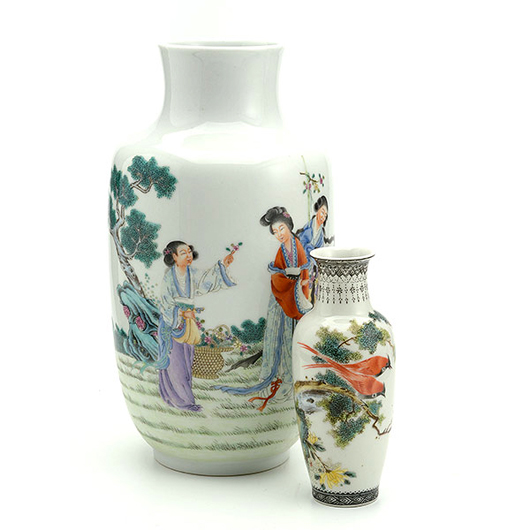 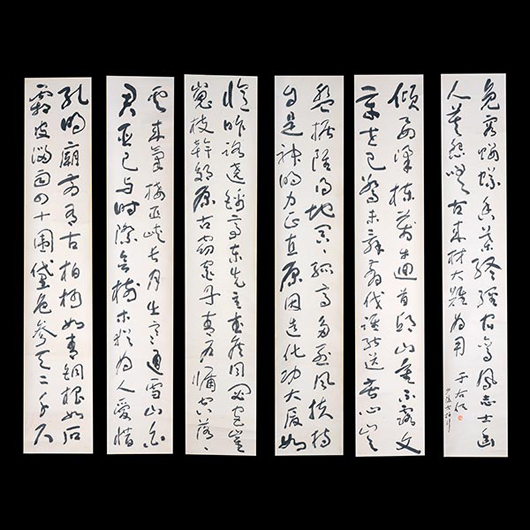 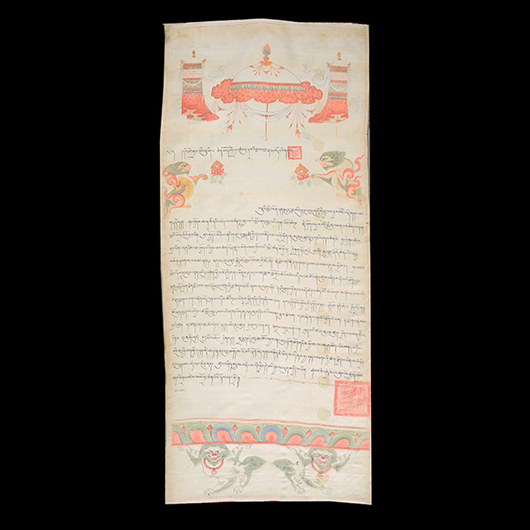 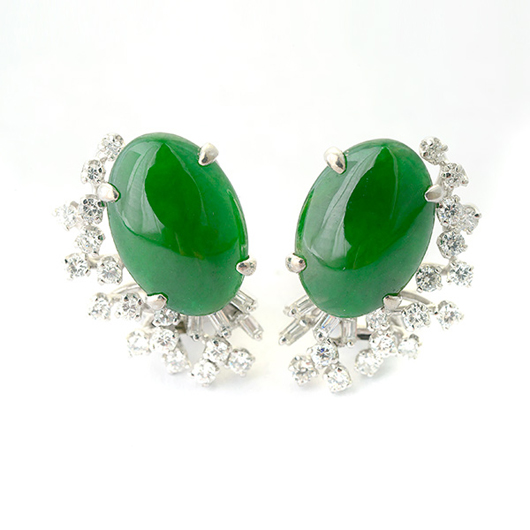 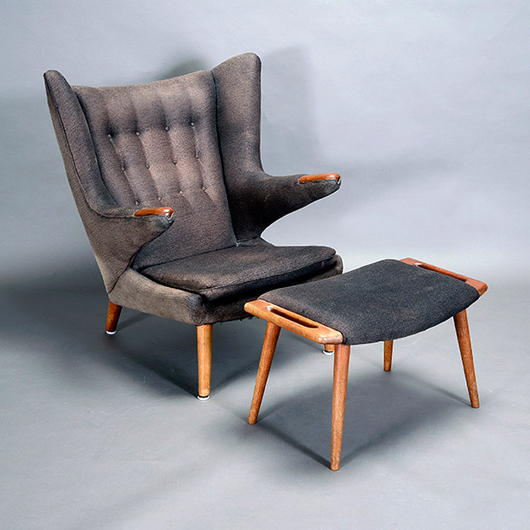 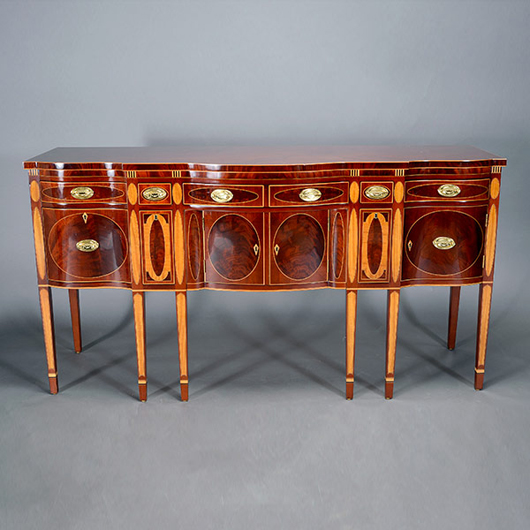 Michaan’s puts together comprehensive sale for 2012 opener on Jan. 7

Finery at its best in Michaan’s auction Dec. 5