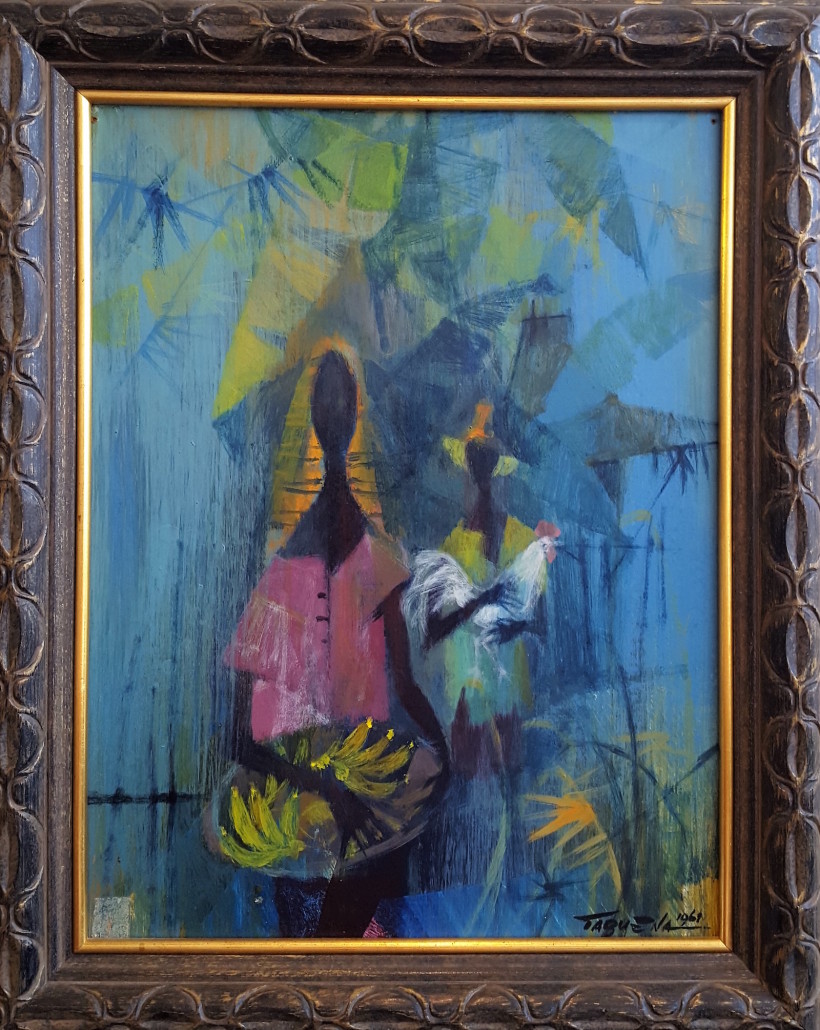 This Romeo Tabuena (1921-2015) painting was purchased by a buyer in the Philippines utilizing the LiveAuctioneers.com bidding platform. The signed and dated 1961 oil on panel sold for $7,680. Carlyle Auctions image

BEVERLY HILLS, Calif. – While the summer months are traditionally the slowest for art sales, Carlyle Auctions wrapped up its best auction season ever, thanks in large part to LiveAuctioneers.com.

Carlyle Auctions, which specializes in selling fine art exclusively through online auctions sold to bidders in more than 35 countries, at prices ranging from $200 to $400,000. Sales ranged across the spectrum of art, from Old Masters and 19th century to modern and contemporary – setting record prices for several artists. What sets Carlyle part from other auction houses, is that Carlyle runs its auctions completely online, without traditional auctioneers or floor bidders.

In Carlyle’s July 28 auction a painting (pictured above) by renowned Filipino artist Romeo Tabuena sold for $7,680 to a buyer in the Philippines through LiveAuctioneers.com. Notably, Carlyle achieved a higher sale price than Christie’s New York, that same week for a larger painting by Tabuena.

With its recent successful auction season, Carlyle is demonstrating that it can get top prices for consignors, matching and often outperforming traditional auction houses, and even specialty themed auctions.

The key for Carlyle Auctions success, according to CEO Jack Marks, is “innovative and aggressive online marketing which reaches nontraditional buyers, in addition to the broader collector market worldwide.”

“Simply put, we are able to get paintings in front of high volumes of qualified buyers. Another advantage is our smaller size – we may only have 150 lots in an auction – which means that good paintings get more attention than they would in larger traditional auctions, which are usually twice the size,” he said.

– Carlyle’s June 16 auction set a new record price of $6,875 for a painting by 1960s African-American artist Dan Concholar (which exceeded prices achieved by Swann Galleries, the current market leader in African American art, with annual themed auctions). Concholar was a key player in the Los Angeles art scene of the late 1960s, and has been featured in several museum shows recently. Carlyle’s June 16 auction also featured paintings by African American artists Palmer Hayden and Ellis Wilson, which all sold at the high estimates. 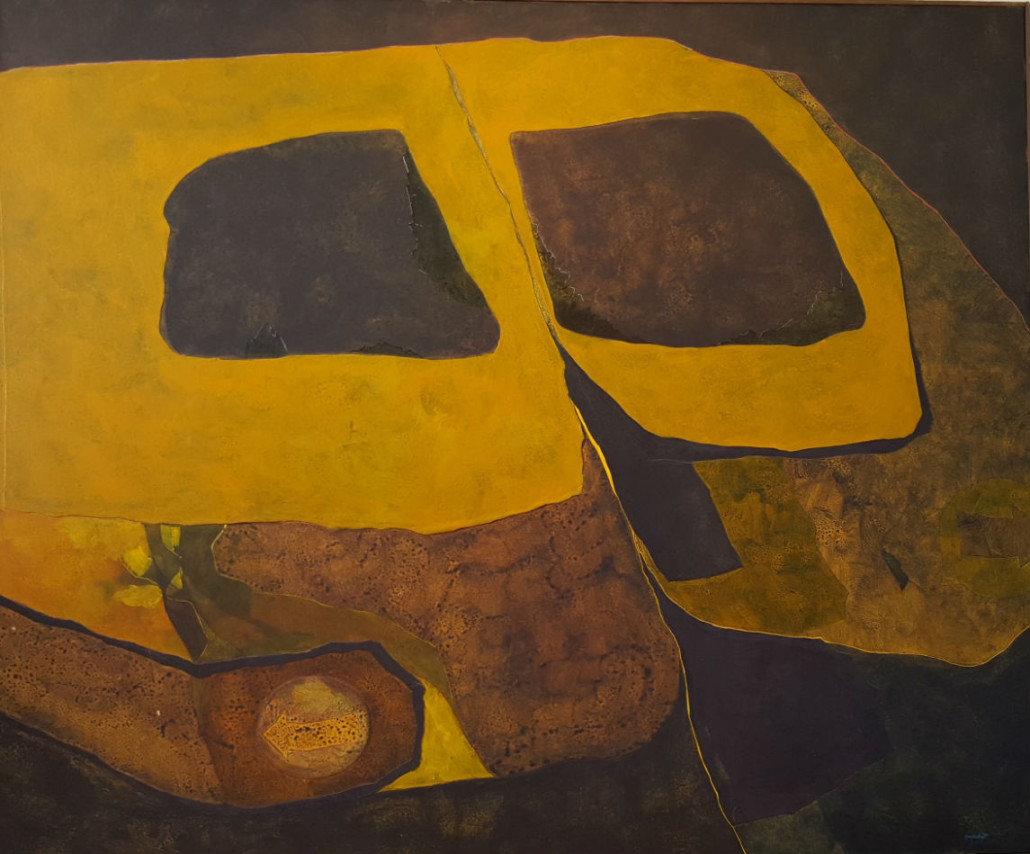 – After frenzied bidding on multiple online consoles, a Johann Berthelsen Snowy Day painting, of the Empire State Building, sold for $4,375 (above its $2,000-$3,000 estimate) in the same June 16 auction to a Midwestern collector – almost double what comparable paintings by the artist sell for in East Coast auction houses in peak season.

– A mid-century painting by French/South African female surrealist painter Claude Bouscharain, achieved $3,300 when it sold in Carlyle’s June 16 auction, above its $1,000-2,000 estimate. After multiple bids on three platforms, including LiveAuctioneers.com, the painting sold to a South African dealer.

– One of the most anticipated paintings in Carlyle’s June auction was an early California Impressionist painting of Laguna Beach circa 1910, with an estimate of $5,000-8,000. The unsigned painting (below) in a Stanford White-style period frame, was the subject of great interest by collectors and dealers across the country. The “mystery” painting received numerous bids before selling to a top California dealer for $8,125. 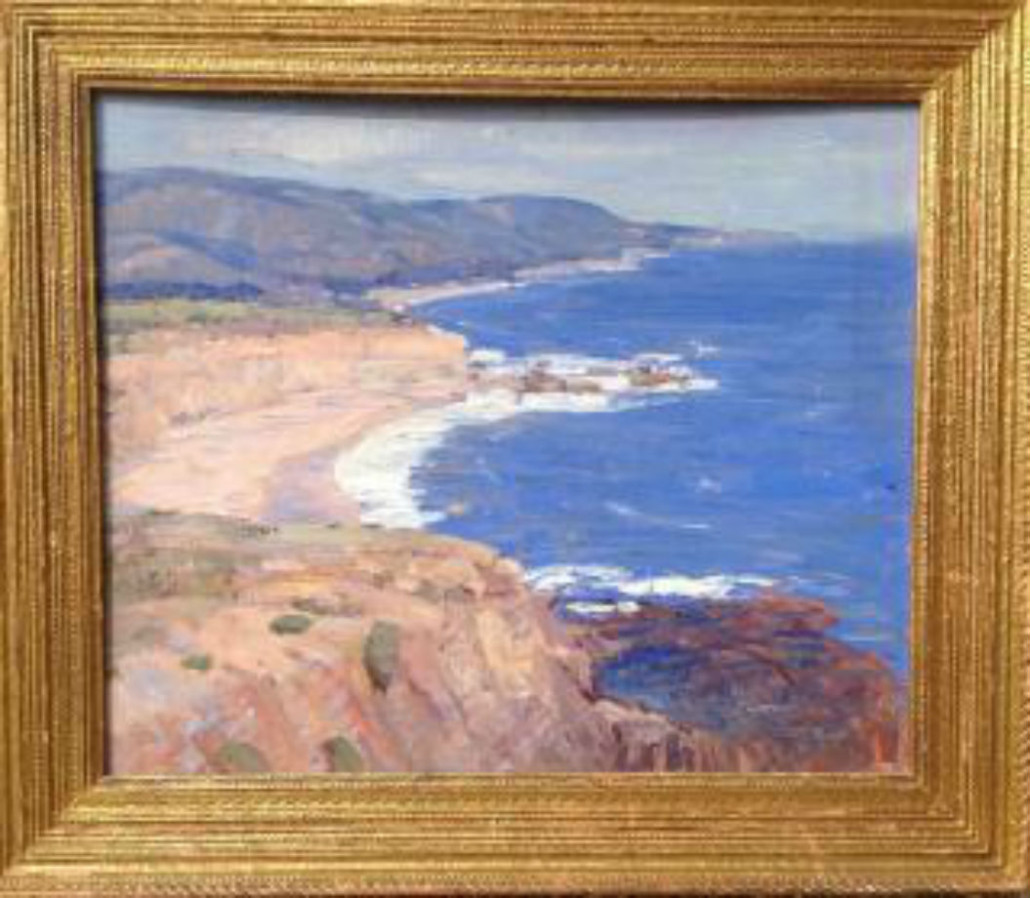 – Another standout in Carlyle’s summer auction season was a Robert Rauschenberg painting with estimate of $350,000-$400,000. While bidding did not meet the reserve price, the painting had multiple offers immediately postauction, and sold for $400,000 (including premium) in late July to a European buyer. Marks noted that the consignors were pleased, because the price was in-line with what a comparable work by the artist would have achieved at a Christie’s or Sotheby’s contemporary (day sale) auction – in peak season. 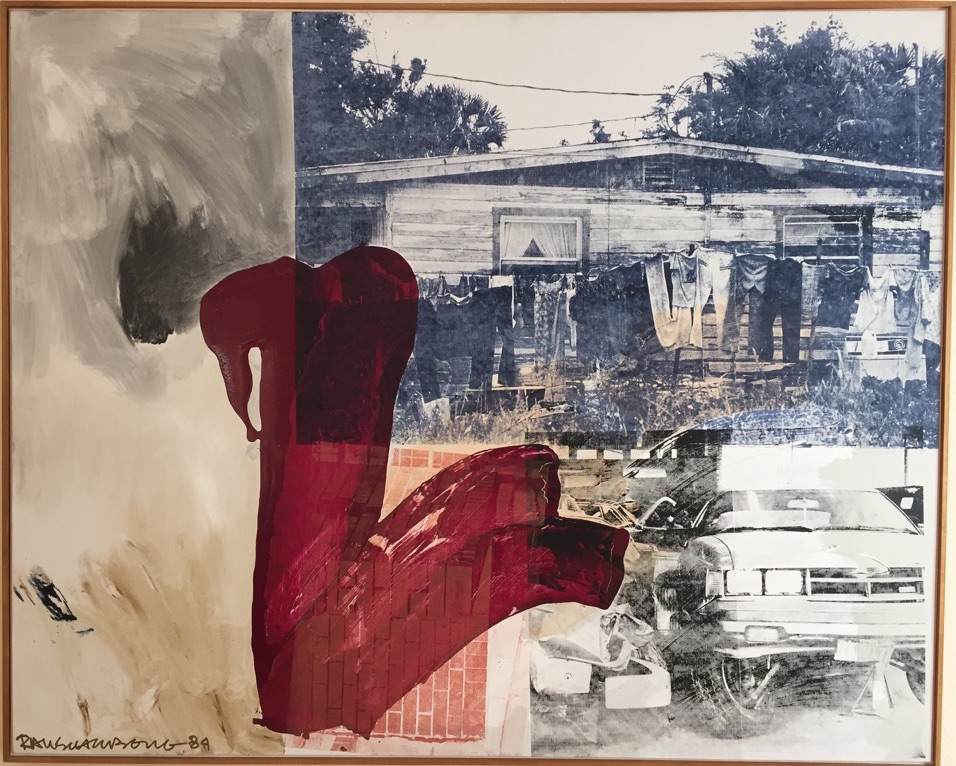