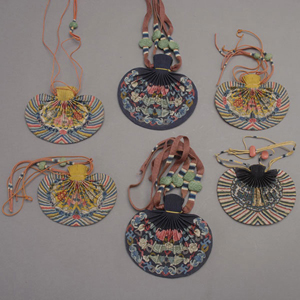 A group of six hebao, five kesi-woven and one needlepoint, each strung with molded beads. Sold for $11,700. Michaan’s Auctions image.

ALAMEDA, Calif. – The strength of Asian items in the auction marketplace was reflected again in the Michaan’s estate sale held on Oct. 7. Every major decorative genre in that department experienced sales success, with many lots more than doubling their projected high figures.

The top selling lot of the day was from the Asian art department, lot 556. A group of six hebao brought in $11,700, selling for over 14 times the projected high value. The small, ornamental Chinese pouches have been popular in Asia for the last 2,000 years, used by both men and women to carry money and personal items. The upper class as well as the fashion forward would hang hebao wallets from their hip as a sign of stature and style. Fierce competition for the lot narrowed down to one Internet bidder and two floor bidders, with a bidder from the saleroom floor eventually securing the lot.

The Asian department’s sales dominance was seen across the board in their presented property for the day. A lacquered and inlaid decorated chest on a stand sold as lot 662 for $3,510, or over seven times its high estimate of $500.

Asian specialist Harry Huang noted that quality Asian furniture is a sure-fire bet in the current auction market. “Asian furniture of a certain caliber will almost certainly find a competitive buyer base. It is desirable to so many different kinds of prominent collector groups. Whether it is Asian art buyers, those in the furniture or decor business or antique collectors in general, it is one of those items that has a cross directional appeal. This chest was especially well done and pleasingly ornate, so numerous bidders took notice of it.”

Other noteworthy Asian lots from the auction were found in decorative statues. The deity Guanyin sold as lot 572 for over three times its high estimate for $2,223. A pair of famille rose enameled peacocks from the 19th century also did well, managing to more than double the projected high value, selling for $2,925.

The Asian influence was also seen in the sales success of the jewelry department. The department’s top selling lot was a pair of jadeite, 14-karat yellow gold earrings (lot 385). The pair featured carved, interlocking jadeite rings, dangling from small jadeite cabochons. The earrings sold for over nine times their high estimate of $400 for $3,802.50 to an Internet bidder. A classic jade bracelet sold as lot 388 also surpassed expectations, almost tripling its high estimate and selling for $555.75.

Watches saw a 90 percent sell-through with lot 435 leading the pack. One lot consisting of two Seamaster stainless steel wristwatches tripled the high estimate of $300, selling to an Internet bidder for a respectable $936.

A myriad of collectible items helped inflate the daily total as well. Six vintage Steiff stuffed bears were a hit with bidders, selling for over five times their projected value at $2,340 (lot 1007). An Art Deco silvered bronze nude figure sold for over three times its high value at $2,106 (lot 936) and a vintage sign advertising “Dr. Sage’s Catarrh Remedy” more than doubled the projected high value, selling for $2,340 (lot 997). Also successful was a lot containing political memorabilia from the late 19th to early 20th century featuring novelty items. The collection including political pins, jugates and ribbons more than doubled its high estimate of $1,200, selling for $2,925 (lot 492). 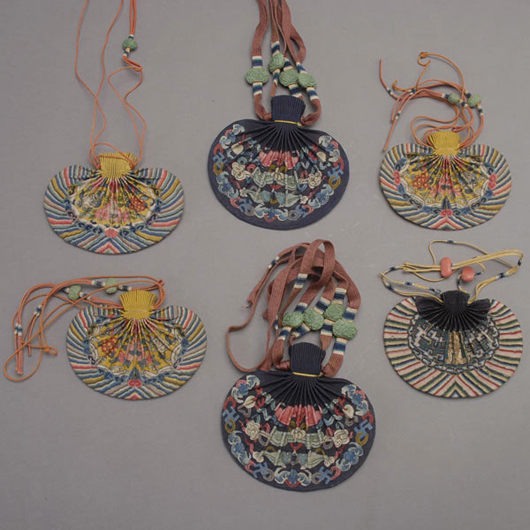 A group of six hebao, five kesi-woven and one needlepoint, each strung with molded beads. Sold for $11,700. Michaan’s Auctions image. 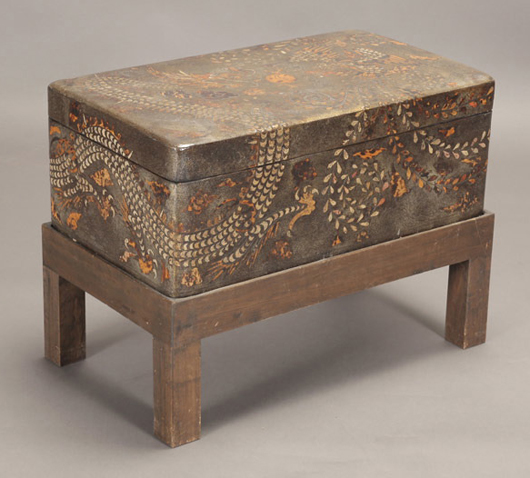 Lacquered and inlay decorated chest on stand, displaying a sinuous dragon and phoenix amid clouds. Sold for $3,510. Michaan’s Auctions image. 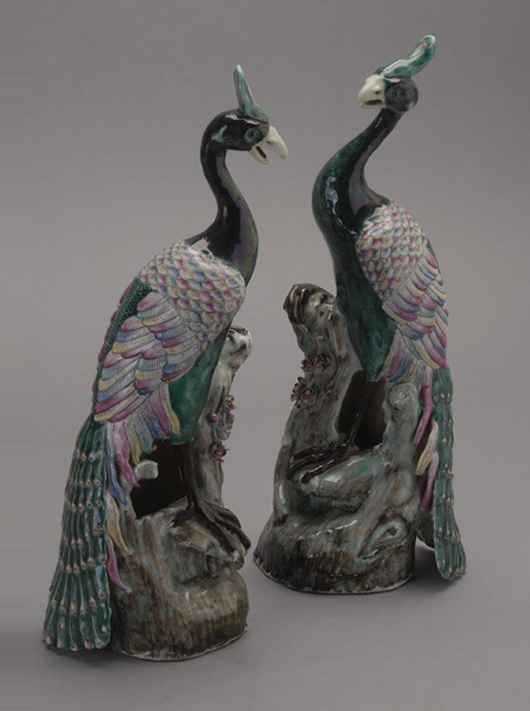 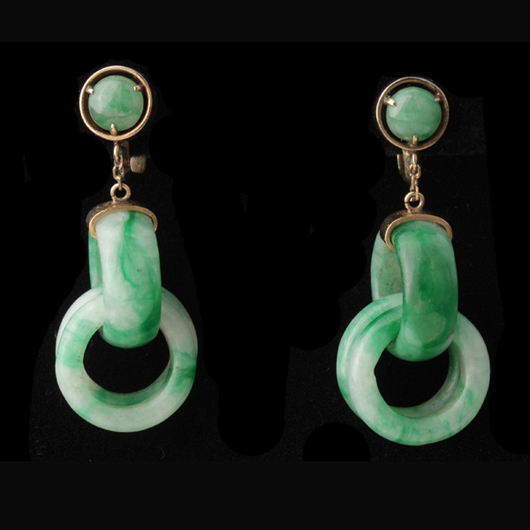 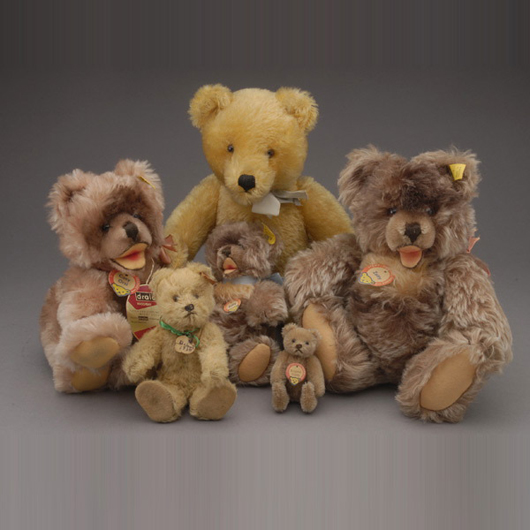 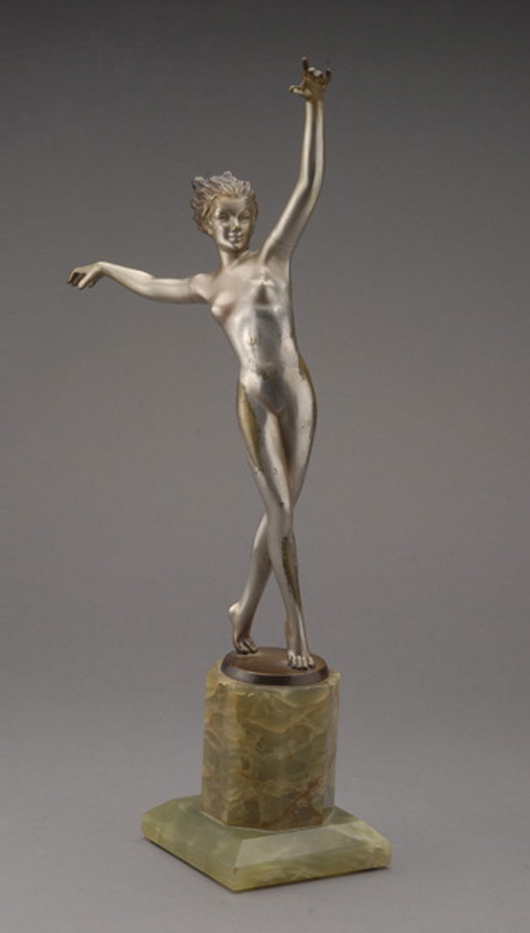