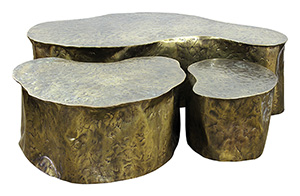 Overall, this fiscal year realized sales of almost $21 million, an amazing 57 percent increase over the previous fiscal year, which had been the strongest in the company’s history. This also represents the biggest year-over-year increase the company has ever had.

After the auction, Redge Martin, president of Clars, said, “Sales for this auction were strong across all categories – fine art, furniture, decoratives, jewelry and Asian art. Over 45,000 viewed the online catalog and people from over 60 countries signed up to bid online. In the gallery, over 4,000 people attended in person over the course of the three days. I, and my staff, attribute the big gains to expanded name recognition from an increasingly larger Internet presence. We have an outstanding group of specialists who know how to secure top property and aggressively market it worldwide. The numbers for our 2013/2014 fiscal year clearly indicate their track record for success for the firm and our consignors.”

Clars announced that a new world record was set for American sculptor and designer Silas Seandel (b. 1937). Seandel is regarded as one of the finest contemporary American sculptors and New York’s premier metal furniture designer. He is also renowned for his design of the 9/11 Memorial in New York City. Offered at Clars were three tables (cocktail and occasional, circa 1980). Each table was executed in patinated metal in abstract tree trunk form and had script signature. The largest of the tables, the cocktail table, was estimated at $5,000 to $7,000. Extremely aggressive bidding quickly escalated the final selling price to over $26,000, a new record for Silas Seandel. The following two occasional tables also performed over high estimate going for $9,000 and $5,400. In all, the Seandel lots achieved an impressive $40,400.

The furniture and decorative arts offered continued throughout the sale to perform with impressive strength. The category’s highest selling lot was a Tiffany Studios, New York, “Venetian” desk lamp, circa 1910, that fetched $56,500. The second highest selling lot for the department was a pair of French urns in the Neo-Classical taste, attributed to Henry Dasson, Paris, 19th century, which earned $32,000.

A highlight of the Lalique offerings was the Deux Figurines clock, which realized $14,300. An antique palace size Faraghan Sarouk carpet circa 1880, 14 feet x 25 feet 3 inches, sold for just under $18,000. Pianos are an auction staple, especially a Steinway and Sons, New York, Model M Grand Piano, circa 1923, which realized $9,500.

Always a favorite, as well as an outperformer at Clars, was an exemplary oil on canvas by California artist John Marshall Gamble (American, 1863-1957) titled Poppies, Santa Barbara. Estimated at $15,000-20,000, this lush painting of bright orange wildflower fields set against the majestic purple mountain vista of Santa Barbara climbed to $20,200.

The outright winner in European art was a beautifully executed painting titled A Walk Into Town by 19th century Dutch master Bernardus Johannes Blommers (1845-1914) – one of the most collected artists of the Hague school of painters. The exceptional provenance of this work combined with the balanced composition made this a must have for global collectors of this genre. With that being said, the conservative estimate of $5,000 to $7,000 was briefly noted, but soon just a faint memory, as it tripled to $20,200 due to anxious phone bidders from around the world competing for this gem.

Chinese haunghuali, once again, achieved top prices for this category. A Chinese haunghuali altar table and a hardwood folding chair, each sold for $17,800. A pair of Chinese Republic period pink sgraffito ground planters sold well at $7,700. Of particular note, the selection of seven Himalayan thangka together brought $39,900.

The jewelry offered resulted in prominent performance at this sale. Taking top spot in this category was a stunning fine jadite, diamond and white gold ring, which sold for $22,700. Taking second place was a gentlemen’s Rolex GMT stainless steel wristwatch, Ref. 6542, circa 1956, that came in close to high estimate at $14,300 and finally, a fine black crystal opal, Paraiba blue tourmaline and diamond ring sold for within estimate at $12,000. 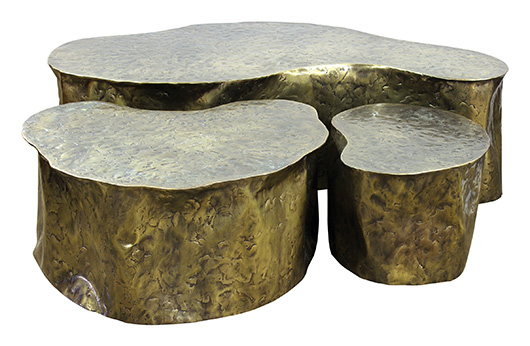 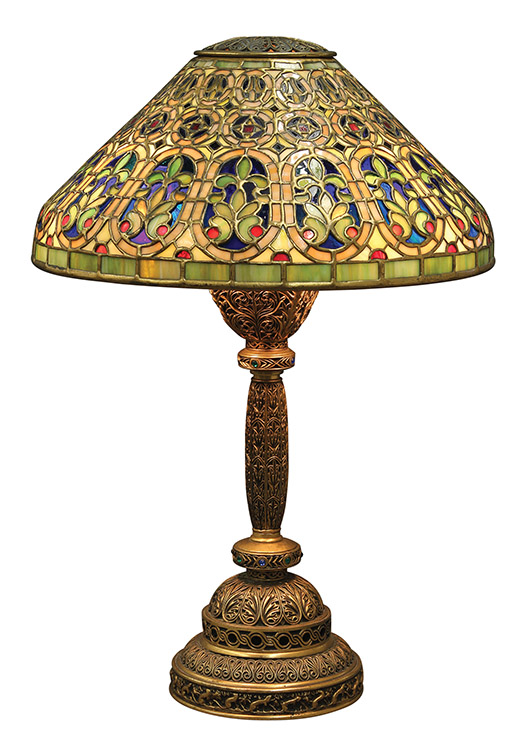 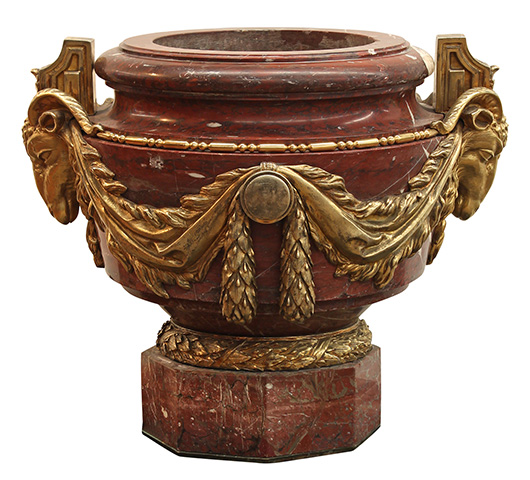 The second highest selling lot for the decorative arts category was this pair of French urns in the Neo-Classical taste, attributed to Henry Dasson, Paris, 19th century, which earned $32,000. Clars image. 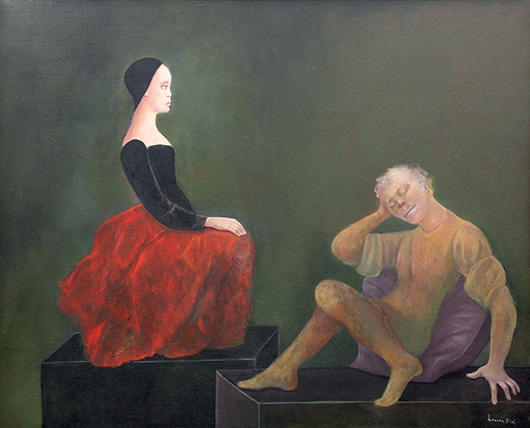 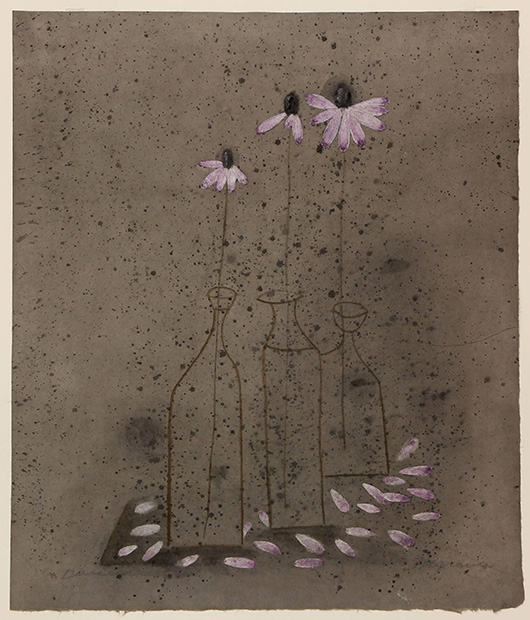 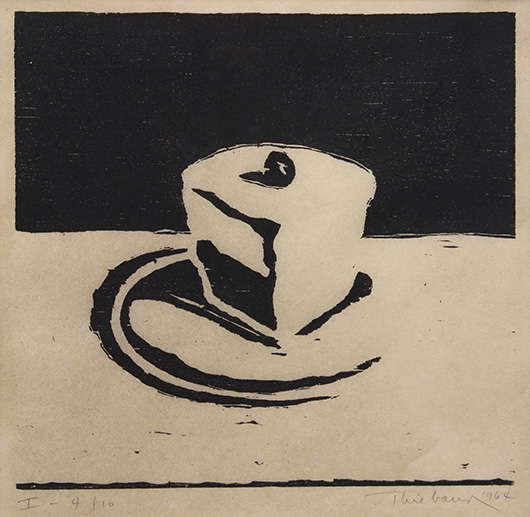 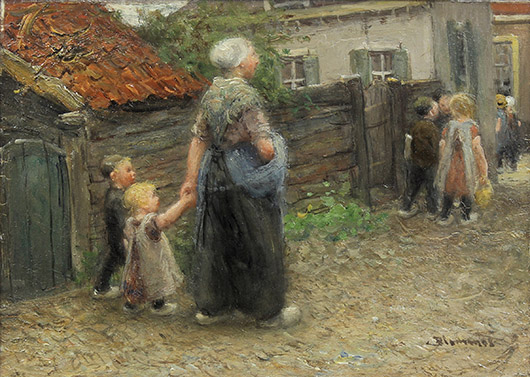 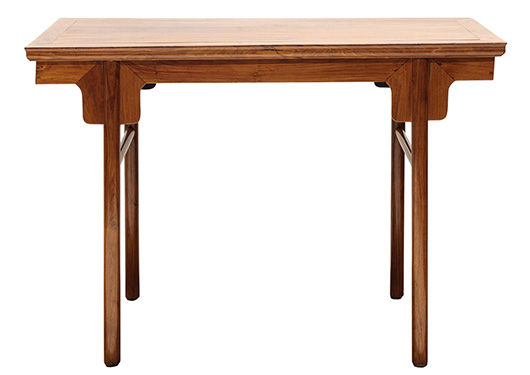 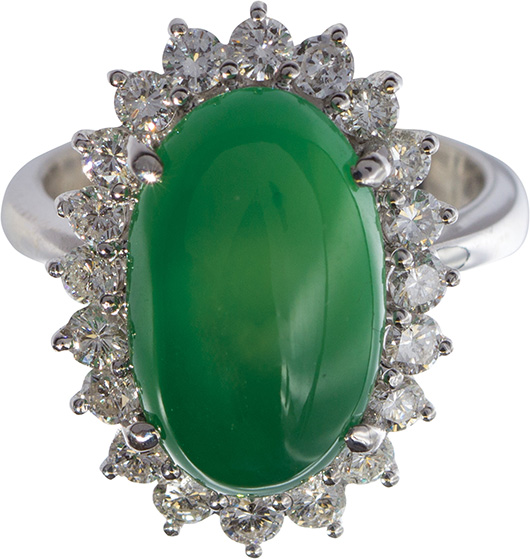