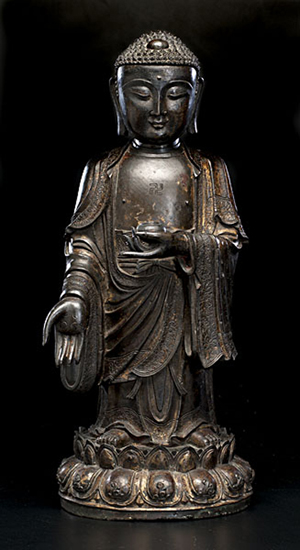 President and principal auctioneer Wes Cowan and staff could not be happier.

“We are delighted with the results of our first Asian art auction. It validated for us the strength of the market for quality Asian antiques. This was a learning experience and believe me, we learned a lot,” said Cowan.

The auction was featured 796 lots. Over the two days 2,115 bidders participated from 15 countries. Of the winning bidders, 73 percent bid online and 11 percent bid on the floor in Cowan’s salesroom; the percentage of absentee and phone winning-bidders tied at 8 percent each.  Of the lots sold, 37.5 percent sold over estimate. The top lot was a Chinese bronze standing Buddha that came in at a whopping $102,000 (with buyer’s premium).

Graydon Sikes, specialist of Fine Art at Cowan’s, commented, “There were lots of surprises—big expensive ones.”

The sale’s highest selling lot was a Chinese bronze standing Buddha, which brought $102,000, sixty-eight times its estimate of $1,000/$1,500. It is a bronze of a Buddha, with traces of gilt and dark red paint, standing on a lotus flower.

A Chinese Republic Period ivory wrist rest with polychrome insects sold for $47,000, over twice its estimate of $15,000/$20,000. This carved double wrist rest, when closed, takes the form of a bamboo shaft.

A Chinese carved jade duck seated on a lotus flower hammered down at $46,800, 78 times its estimate of $400/$600. Of the 20th-century or earlier, this is a finely carved jade of a duck sitting on top of a transparent and thinly carved lotus flower.

A Japanese cloisonné vase brought $19,200, over 38 times its estimate of $300/$500. Of the early 20th century, this cloisonné vase has pink and white floral decoration on a blue background, with a one-character mark stamped on the bottom, along with a U.S. Customs sticker.

A gilt bronze Buddha hammered down at $20,400, 29 times its estimate of $500/$700. Sino-Tibetan, this gilt bronze Buddha is seated in dhyanasana on a double lotus flower, his hair in tight curls covering the domed ushnisha above, with an urna on the forehead and long pierced earlobes. 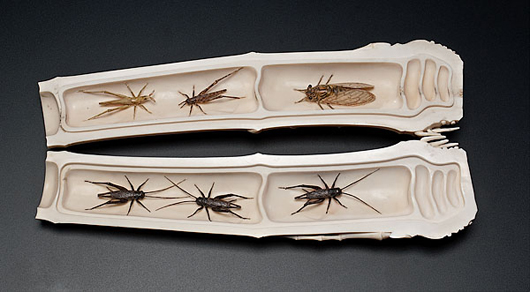 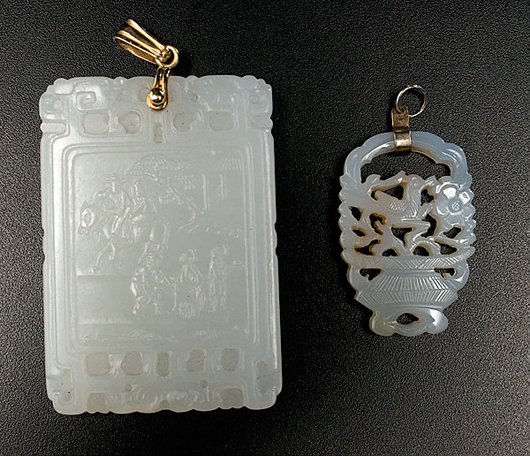 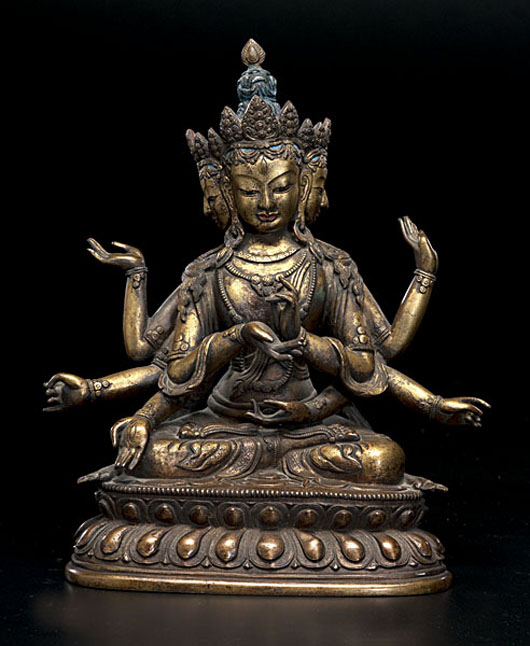 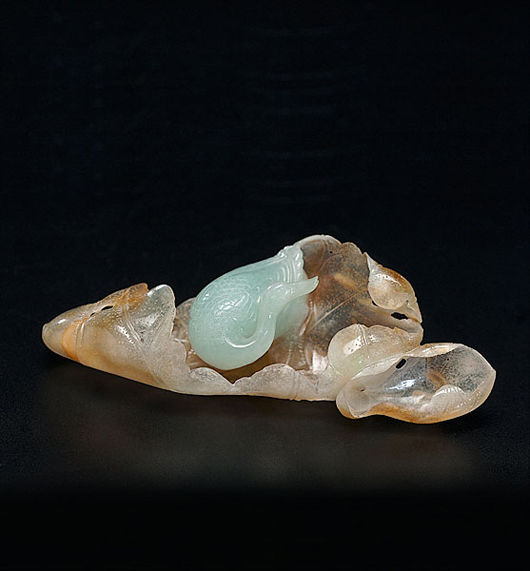 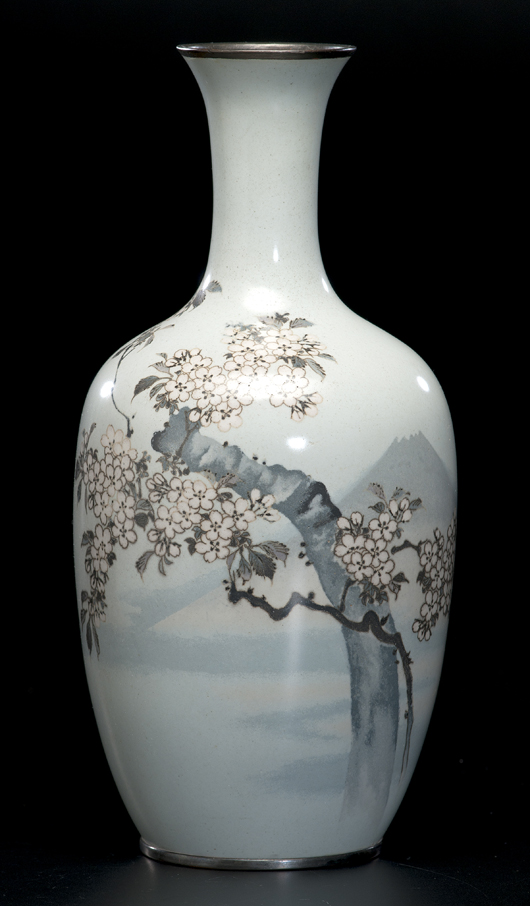 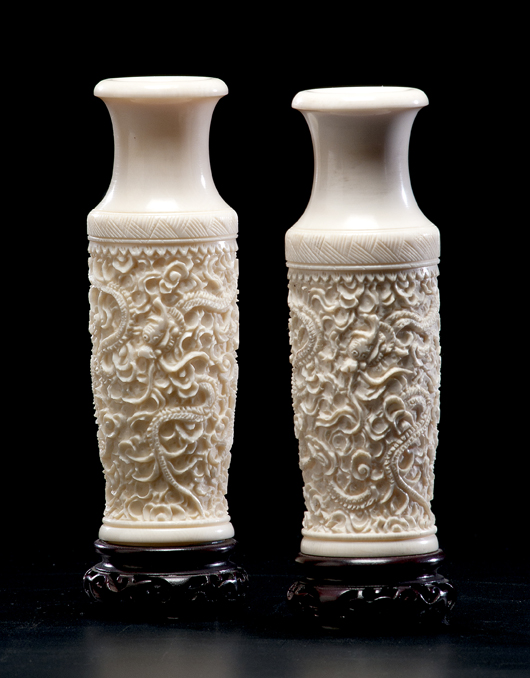 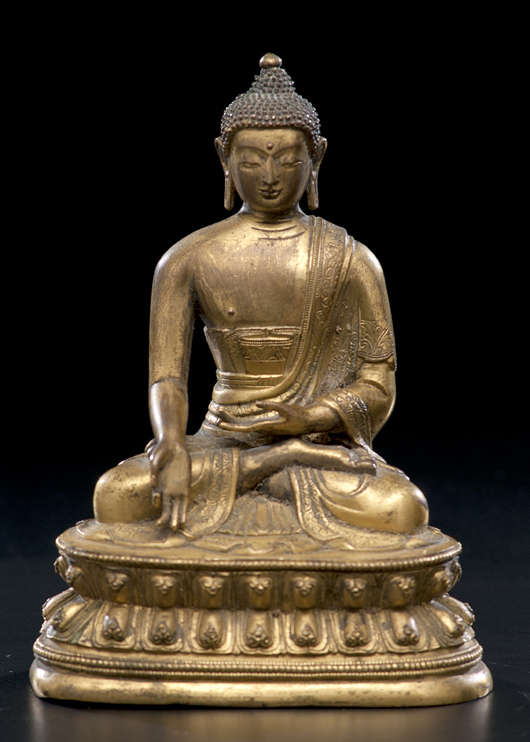