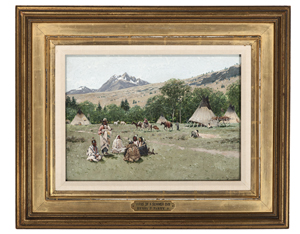 CINCINNATI – Total sales for Cowan’s Auctions Fall American Indian and Western Art: Live Salesroom Auction on Sept. 26 reached $944,800. This auction included some of the finest offerings of Western art that have come to the market in recent years. In addition to fine art, the sale featured fine carvings, basketry, weavings, rugs, sculptures and weaponry.

LiveAuctioneers.com provided Intenet live bidding. More than 350 bidders signed up for the sale through LiveAuctioneers, and they placed 274 bids online bids.

The highest selling lot in the auction was a gouache on paper by Henry Farny titled Yarns of a Summer Day. The painting realized $310,000.

Additional paintings by Western artists were offered in the sale. A work by Joseph Henry Sharp, titled California Chrysanthemums sold for $24,600, an oil on canvas piece by Howard Terpning, titled Yellowstone Fall, was hotly contested and sold for $19,680, a watercolor on paper by James Boren, titled Heading for Dodge City, sold for $6,000, and an oil on canvas by Ken Carlson, titled Steer sold for $12,000.

Exceptional pottery and basketry inspired competitive bidding in the auction. An Apache figural tray basket hammered down at $22,140, an Acoma polychrome olla realized $9,225, an Apache figural olla sold for $5,535, and a Nampeyo of Hano attributed canteen sold for $3,567. 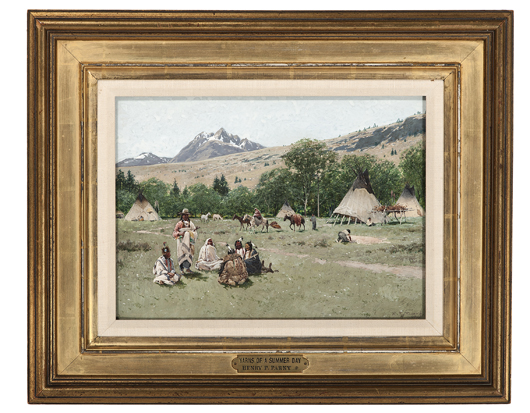 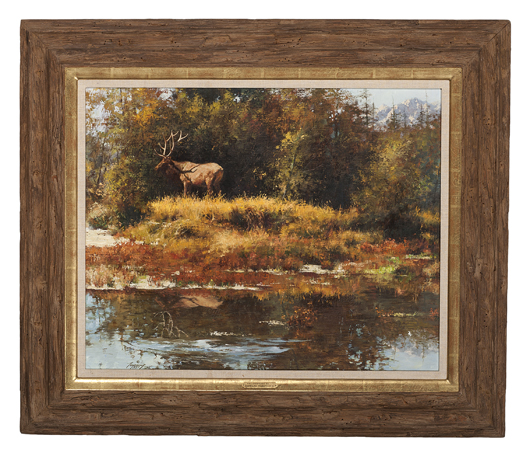 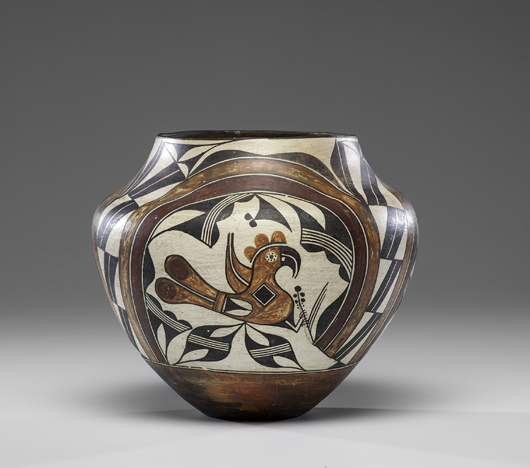 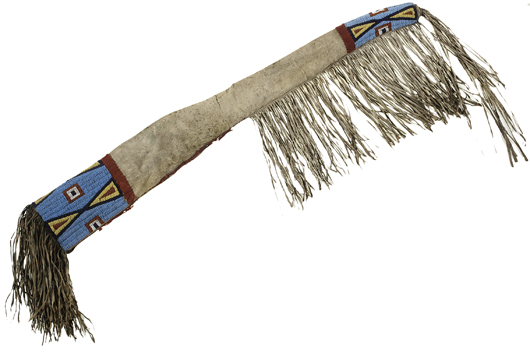