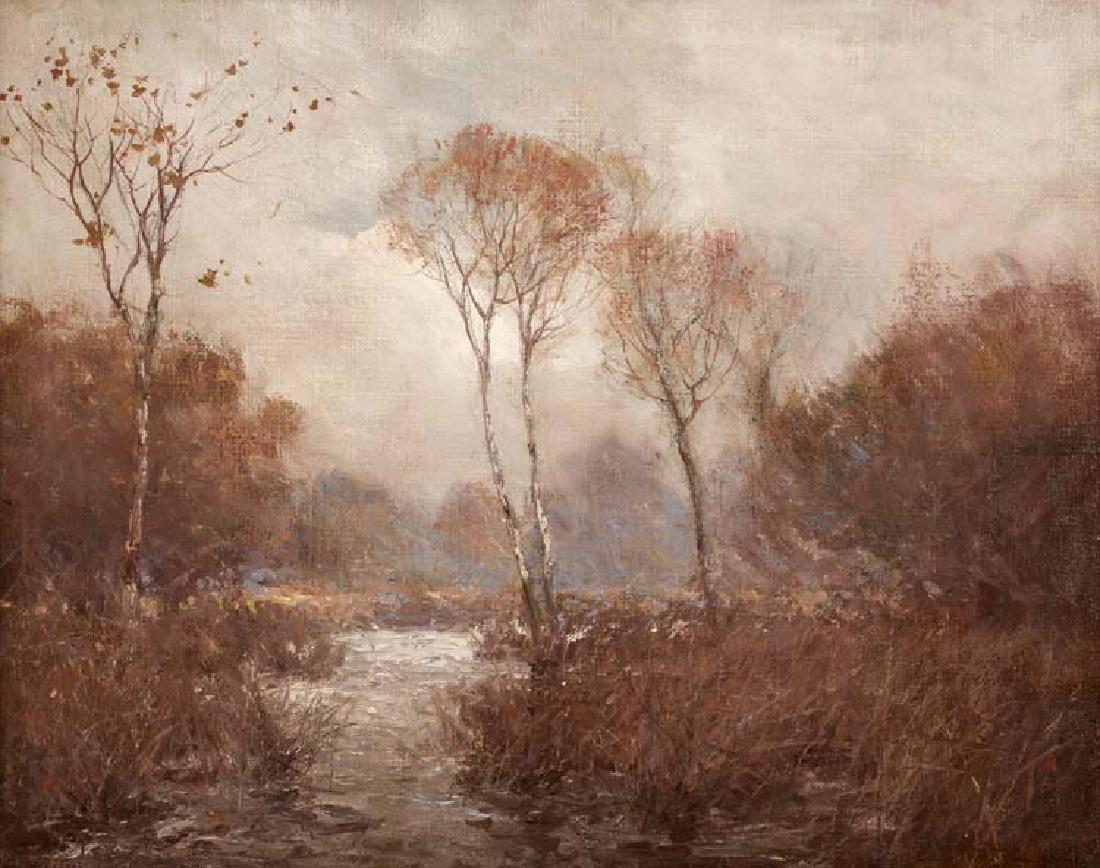 The annual auction set a house record for sales made through LiveAuctioneers, totaling twice as much online as the previous two years combined.

Texas artist Julian Onderdonk’s October Landscape (above), painted in New York in 1907-08, sold to an Internet bidder through LiveAuctioneers for $49,350. Prices include the buyer’s premium. A second Onderdonk painting, New York Farmhouse, sold for $36,425.

The overall top lot of the sale was a small oil on board painting of a lone longhorn on the range by Frank Reaugh. It sold for $58,750. 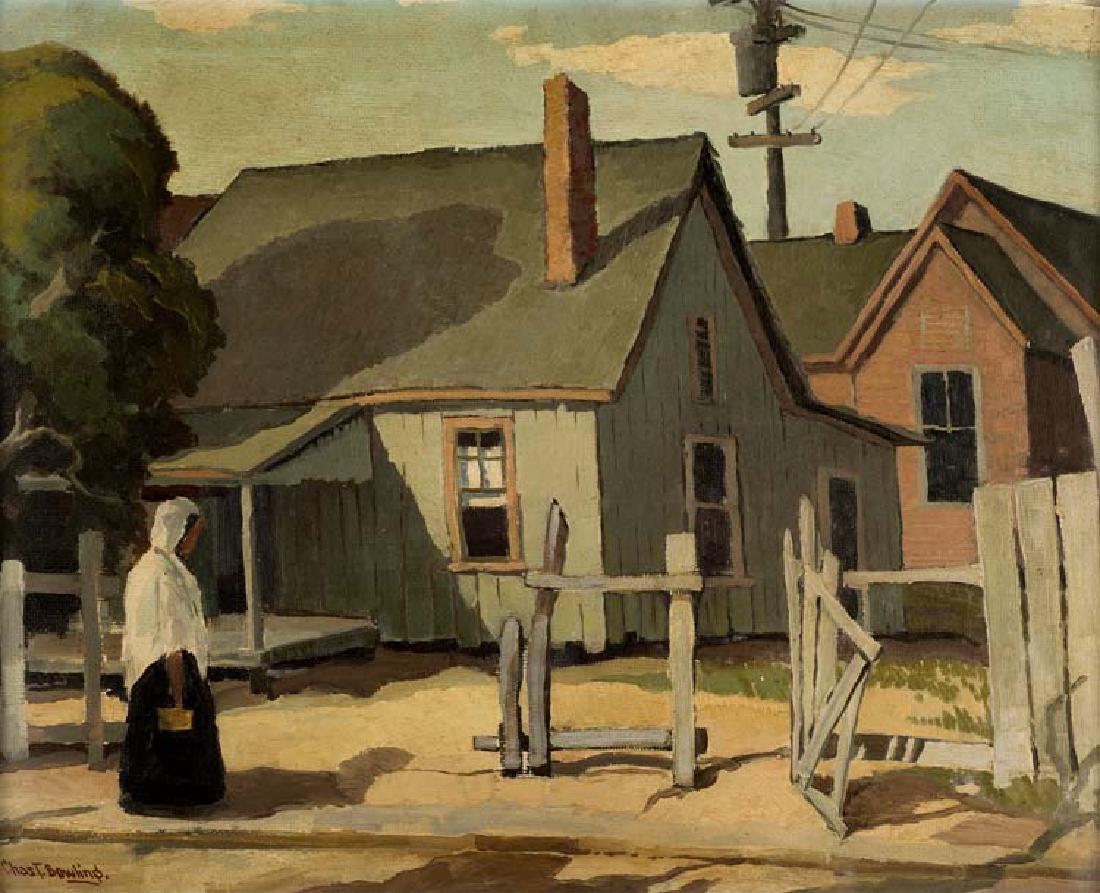 A Texas landscape titled Spring Flowers (below) by Robert Wood sold to a LiveAuctioneers bidder for $24,675. 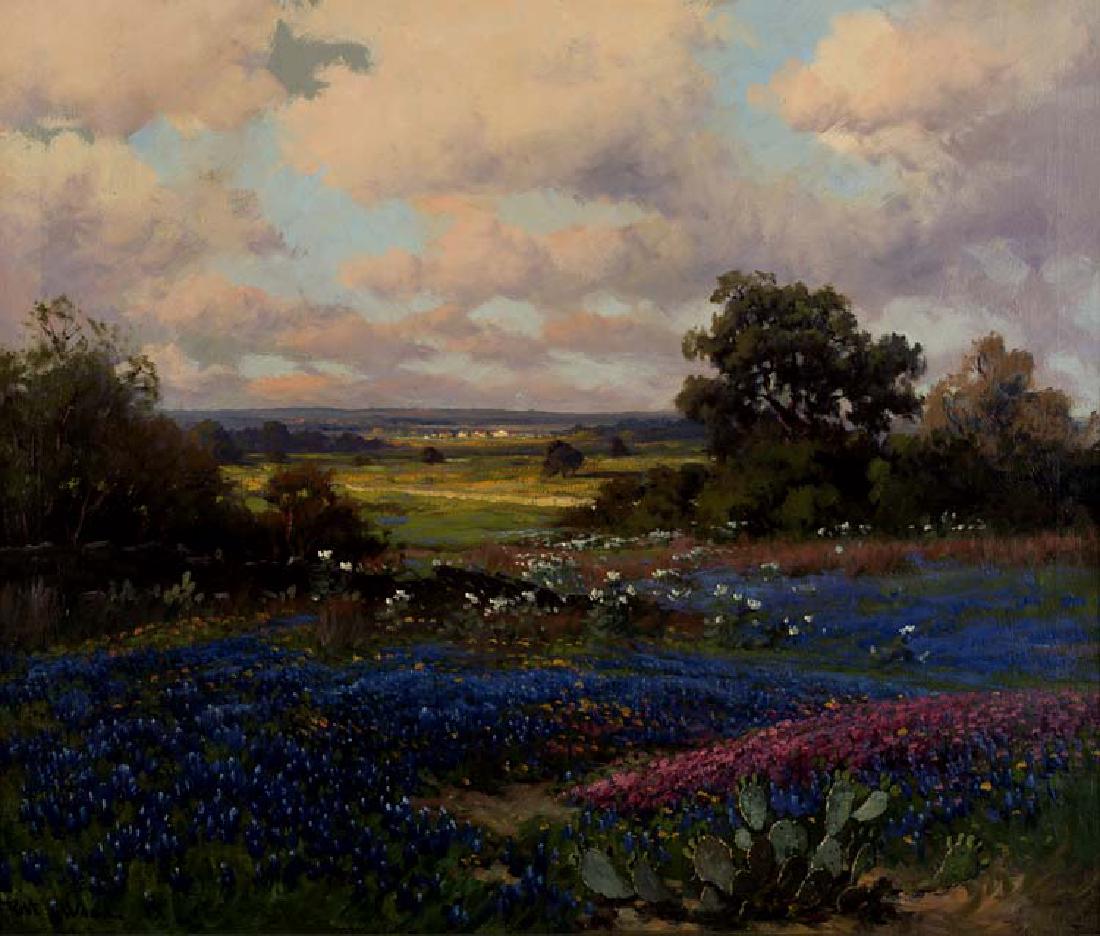 Verbena and Coreopsis (below), painted by Porfirio Salinas in 1961, sold for $21,150, also to an Internet bidder utilizing LiveAuctioneers. 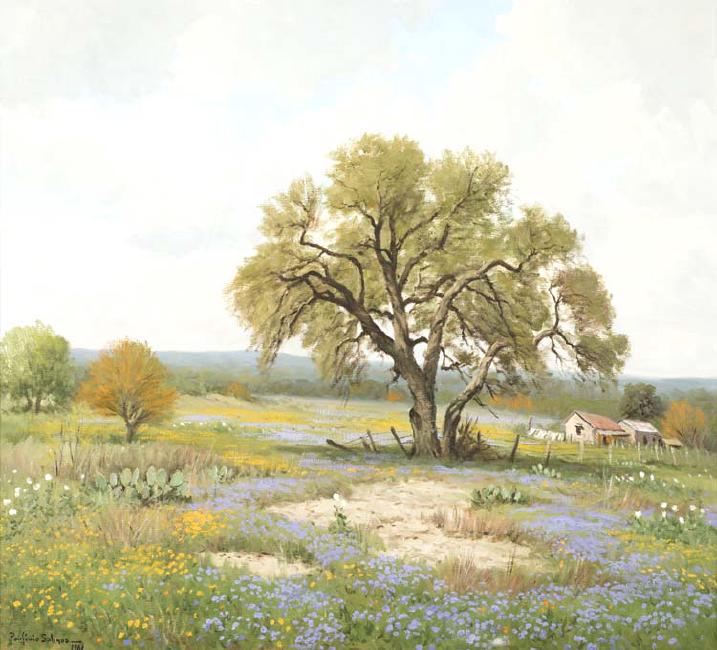 William Lester, a Texas artist known for his scenes of arid landscapes and everyday life in the Southwest, took a turn toward the abstract in the 1950s. One of his untitled oil on Masonite works from that era sold to a LiveAuctioneers bidder for $6,463. 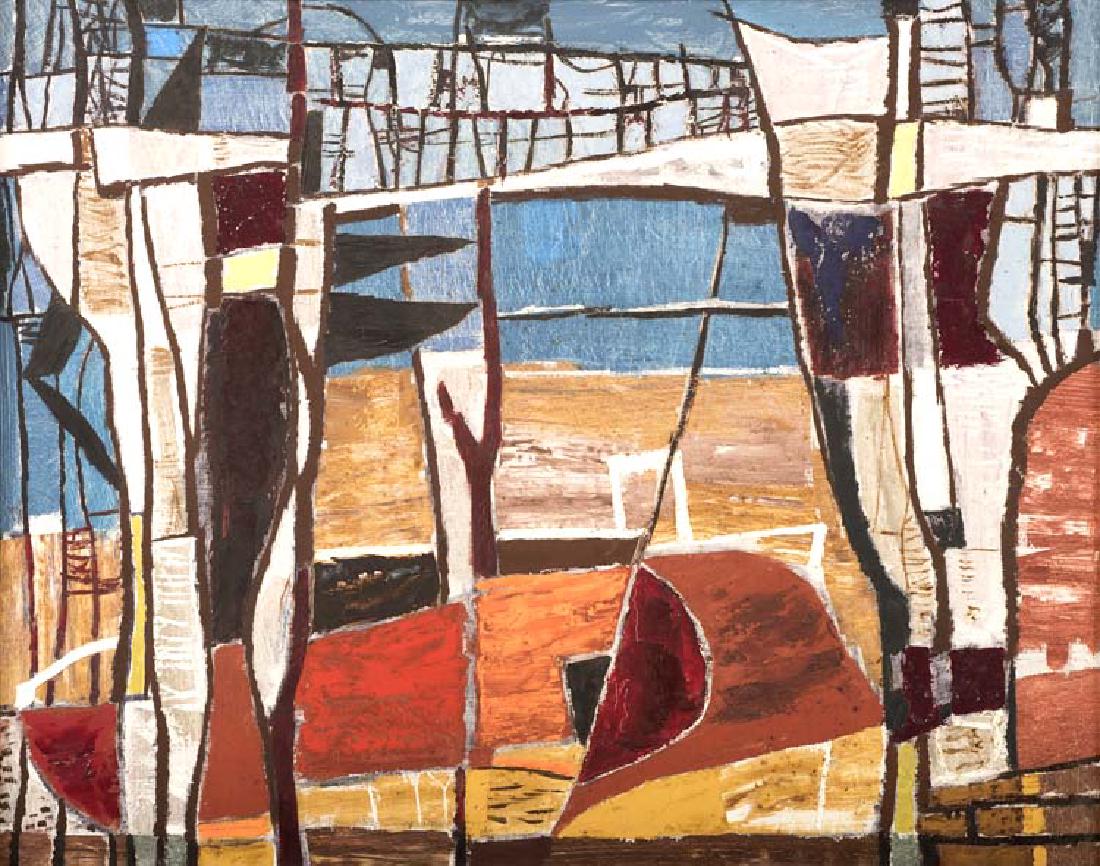