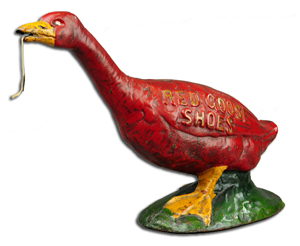 The 1,034-lot auction inventory added a full spectrum of colors to the shelves of Bertoia’s gleaming glass showcases, with scores of early American folk-art objects and hand-painted signs artfully arranged alongside toys of exceptional quality and condition.

An elegant masterpiece of toy production that was chosen for the auction catalog’s cover, an 1890s Ives cast-iron cutter sleigh with articulated walking horse, led the grand parade of playthings. One of only a handful known to exist, the beautifully proportioned 22-inch-long sleigh was designed with a faux-tufted red seat, delicately detailed running boards, and attractive stenciling to its sides. It more than doubled its high estimate to sell for $86,250 (all prices quoted include 15% buyer’s premium). The buyer was a collector from Texas who attended the sale in person.

Of the same era as the sleigh, a Pratt & Letchworth painted cast-iron 4-seat brake with eight passengers and a team of four “galloping” horses was a testament to Markey’s eye for condition and color. Formerly in the Covert and Gertrude Hegarty collection, and measuring an impressive 28½ inches in length, the early transportation toy streaked past its $25,000-$35,000 estimate to settle at $48,875.

Each of two cast-iron mechanical banks achieved a selling price of $51,750. One of them, an 1884 Kyser & Rex Mammy and Child, drew crossover interest from black Americana collectors. The bank’s action consists of the woman lowering a spoon as though feeding the baby on her lap, followed by the baby raising her legs as the coin drops inside. The second bank, an 1876 J. & E. Stevens production known as “Panorama,” derives its name from the fact that it displays one of a rotating selection of pictures through its front window when a coin is dropped into the slot.

Donal Markey’s collection also boasted many rare and outstanding still (non-mechanical) banks, like a circa-1885 red-version Ives Palace. A favorite with collectors because of its realistic details, the Palace is adorned with chimneys, mock shingles, a cupola and dozens of windows. Estimated at $4,000-$6,000, it attracted a flurry of bids before hammering $23,000.

“Just about anyone who collects banks was either here in person, was represented by someone who attended on their behalf, or was bidding over the phone or Internet,” said Bertoia Auctions’ owner Jeanne Bertoia. “We had 100% participation from the hobby, a reflection of respect for Donal Markey. People adored Don, and they knew that if they bought a piece from his collection, it was quite likely the best one known of its type. Collectors fought hard to get what they wanted, and it sent the prices skyrocketing.”

Antique advertising also garnered very pleasing above-estimate prices. Made around 1920, a figural cast-iron string holder depicting the long-necked goose mascot for Red Goose Shoes was an eye catcher with its bright crimson-painted body, yellow bill and feet, and green base. Entered with a $2,500-$3,000 estimate, it brought home the bacon at $17,250. Another advertising lot that kept the bidding paddles airborne was a circa-1870 milliner’s sign with the designer’s name and a different fancy hat painted on each of its sides. Estimated at $3,500-$4,000, it sold to a LiveAuctioneers bidder for $11,448. Not far behind in the prices realized, a painted optometrist’s sign offering “Spectacles and Eyeglasses” and emblazoned with the image of a pair of eyes peering through framed lenses made $10,925.

Bertoia’s gained a new category of bidders thanks to the many fine examples of 19th- and early 20th-century folk art in the Markey collection. An extraordinary hand-carved, self-framed picture incorporating a hand with the calling card “Made by J.P. Brown Invalid,” proved hard to resist, with its naïve animals, flowers, fruit and butterflies. The 13½-inch by 17½-inch creation was bid to $21,850 against an estimate of $3,000-$4,000. A colorful circa-1910 child’s tramp art chest with opening drawers, porcelain knobs and painstakingly carved embellishments also ignored expectations by selling for $10,925 – more than triple its high estimate.

The overall high estimate for the sale had been set at $1.2 million, and according to Bertoia, Donal Markey’s family members were “overwhelmed and in shock” over the final total of $2,067,688.50. “One of Don’s daughters, Michelle Markey Porter, had flown in from Minneapolis with her husband and four children. They sat on the front row,” Bertoia said. “They had based their auction expectations on insurance values and never dreamed the collection would make even a million dollars, to say nothing of two million.”

Donal Markey, who passed away on March 22, 2010, was a close, longtime friend to Jeanne Bertoia and her late husband, Bill. To honor Markey’s memory, the auction was organized as a festive social event, including a beautiful catered lunch on Friday afternoon, a wine and cheese party on Friday evening and lunch during the Saturday session. “It’s a small way of thanking people for taking the time to come to our sales,” said Bertoia. “Our gallery was full for the entire two days. People had traveled from all over the country to attend. There was such a fun and friendly vibe the entire time, it felt like being at a busy antique toy or bank convention. Everyone had a ‘Donal story,’ and so many of them were funny stories. The only person missing from the event was Donal himself, and I know he was smiling down upon us.” 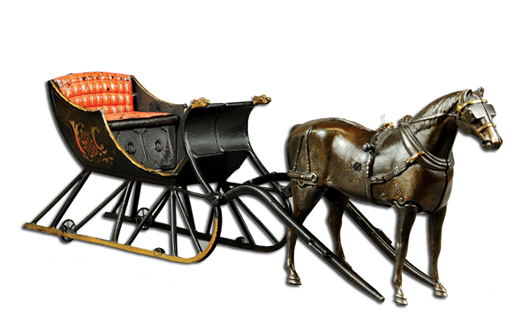 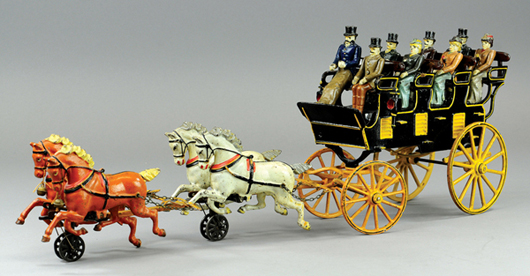 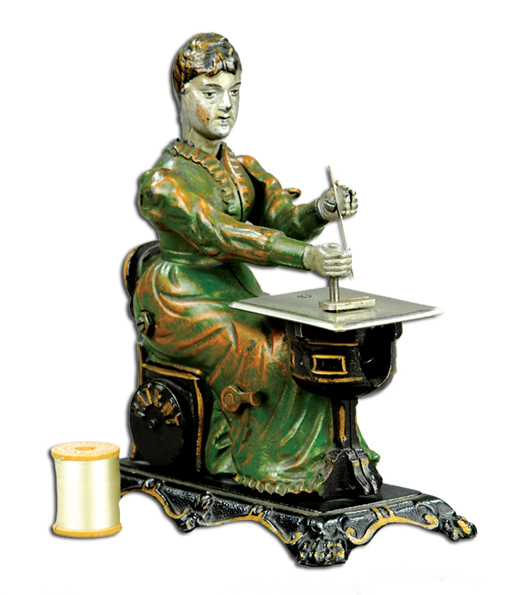 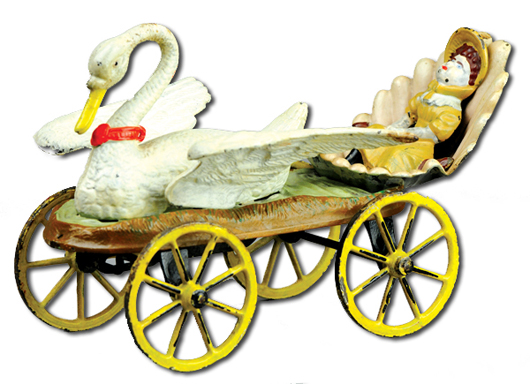 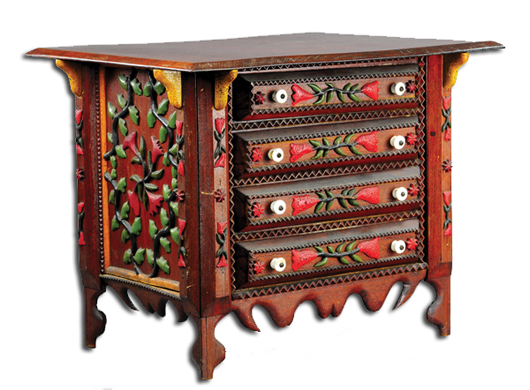 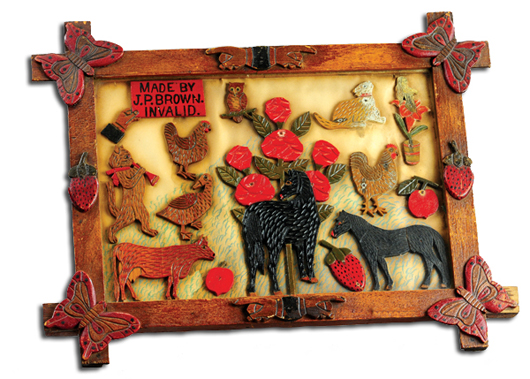 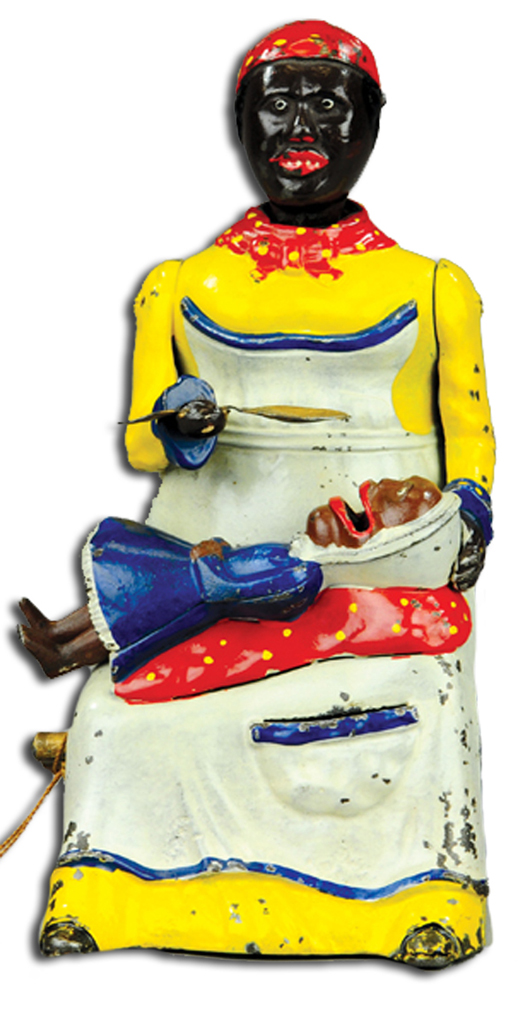 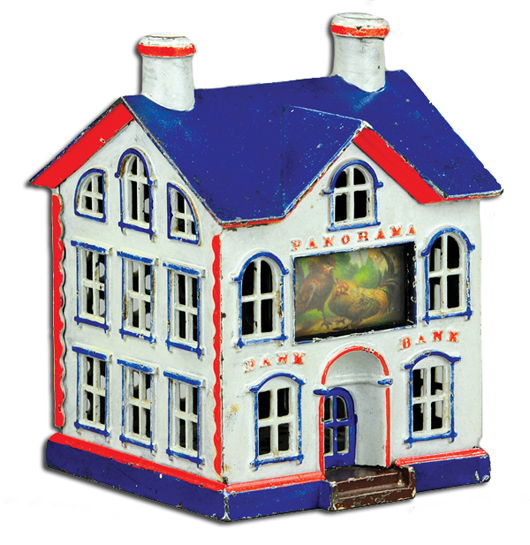