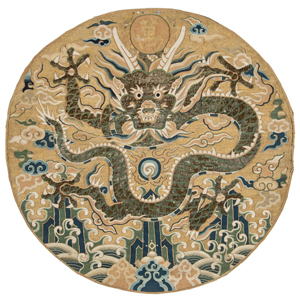 NEWBURY, U.K. – A circular silk badge of the type worn by a Ming dynasty emperor, discovered by chance during a free valuation day at Dreweatts & Bloomsbury Auctions, sold for £16,120 ($26,429) on Dec. 2.

Known as a kesi, or “cut silk,” the embroidery was among items taken to a valuation day at Dreweatts & Bloomsbury Auctions where it was spotted by specialist Benedetta Mottino. Its owner had no idea of its significance and was delighted to be told of its estimate £8,000–£10,000.

From the late 16th or early 17th century, the badge is worked in peacock feather filament and threads of red, blue, green, yellow, beige, white and gold. It would have decorated the front and back of a surcoat belonging to a Ming emperor. A front-facing five-clawed dragon symbolizes blessing and strength and is associated with the Son of Heaven, an alternative name for the emperor. The dragon is in pursuit of the flaming pearl of truth, denoting the wearer’s wish to attain inner wisdom. Clouds and mountains, symbols of Imperial sovereignty, further embellish the composition. The Chinese character “wan,” meaning eternity, and the homophone meaning longevity, appears at the top of both sides of the badge and suggests that it may have been made to commemorate the emperor’s birthday.

The kesi (lot 50) came from a Surrey home and was purchased by a Chinese collector from Hong Kong.

“Having had a particularly successful sale during the week of Asian Art in London, we are delighted with the results achieved in our sale in Newbury yesterday, in which more affordable objects were offered,” said Mottino.

Elsewhere in the sale a private collection of 94 fine netsukes sold for a total of £50,220 ($82,297). Mostly in ivory they portrayed a variety of Japanese mythical figures and animals and are types that are scare and widely sought by collectors.

A 19th century ivory netsuke of Daikoku, one of Japan’s Seven Gods of Fortune associated with commerce and prosperity, was depicted carrying a mallet, also known as a magic money mallet, and large sack while balancing atop a large rice bale. It sold for £1,736 ($2,844) (lot 183).

A 19th century famille rose porcelain screen amazed bidders by selling for £22,320 ($36,580), more than 100 times its estimate. The freestanding screen (lot 99) was decorated ornately with figures engaging in various leisurely pursuits amid a river scene. 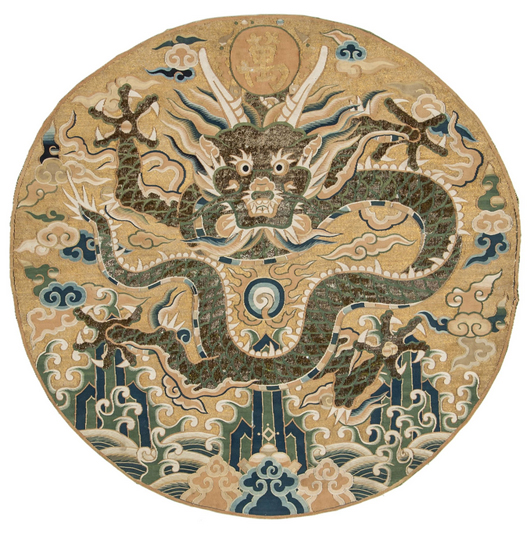 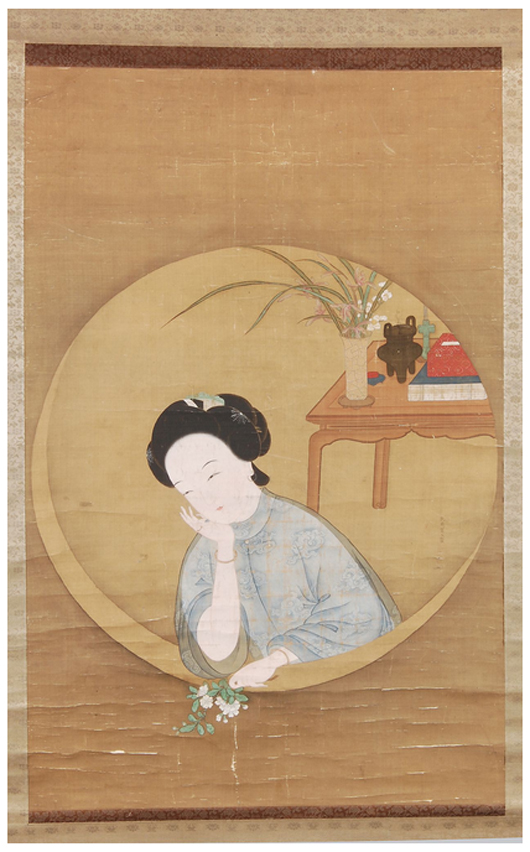 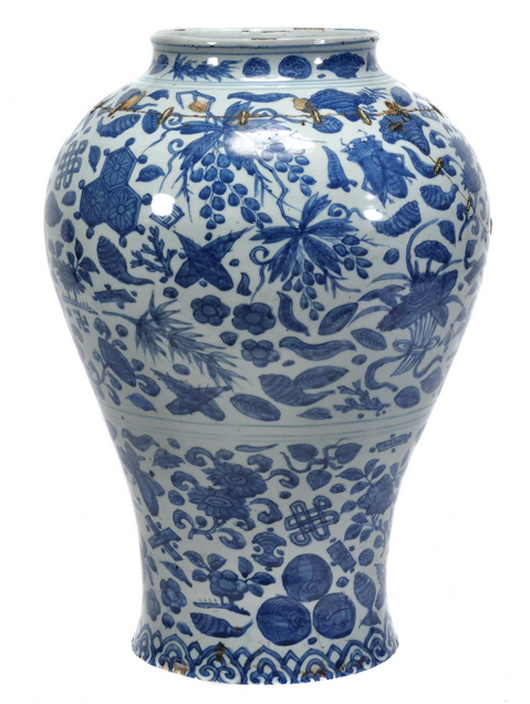 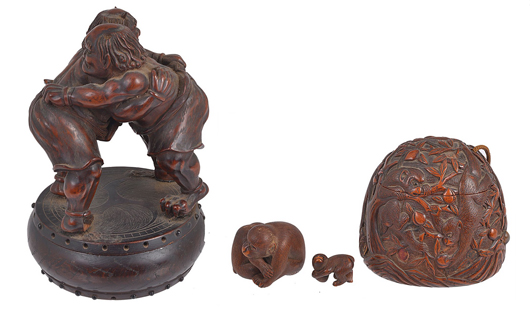 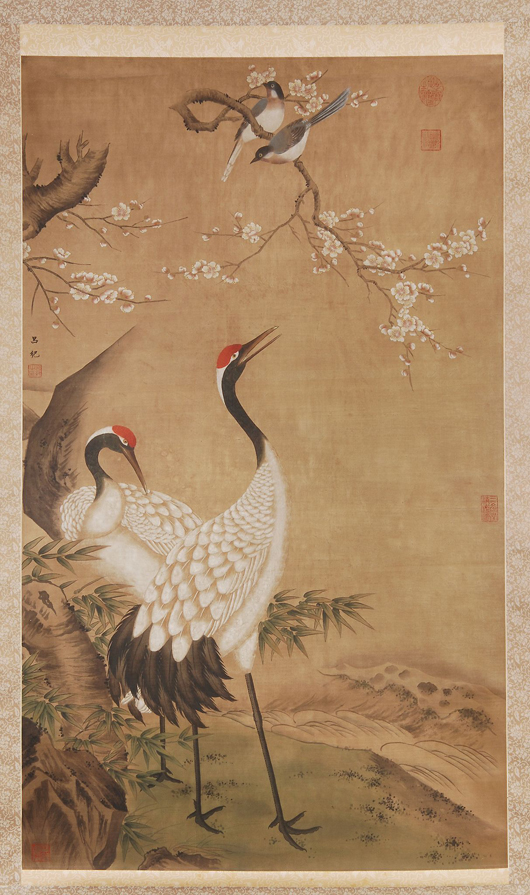