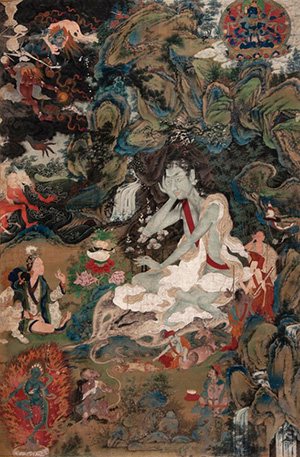 LONDON – Telephone bidders battled with stiff competition in the room to secure the 18th century Sino-Tibetan thangka of Milarepa in Dreweatts & Bloomsbury Auctions’ Asian Art sale Nov. 11. The scene of a yogi painted on silk sold for £522,000 ($854,735).

Described as a piece of sublime beauty, tranquillity and ecstatic clarity by auction Dreweatts & Bloomsbury specialist Dr. Benedetta Mottino, the unique qualities of the thangka were universally acknowledged in its selection as one of the 10 highlights shortlisted for the “outstanding work of art” on sale during Asian Art in London.

Dreweatts & Bloomsbury Auctions relaunched their Asian art department in 2012 with the appointment of Mottino, a respected academic. While the broader market for Asian works of art has become considerably more selective, Asian Art in London continues to provide a showcase for the highest quality objects and is a strong draw for collectors and dealers alike.

“We are very pleased with the results of our inaugural sale during Asian Art in London. The Sino-Tibetan Thangka was of course the highlight of the sale, though a number of other lots also achieved remarkable five figure prices,” said Stephan Ludwig, Dreweatts and Bloomsbury Auctions executive chairman.

Over 80 percent of the lots in the auction found buyers for a premium-inclusive sale total of £810,000.

From the Meiji period, a rare Meiji period Kinkozan Satsuma vase by Sozan, arguably one of the most sought after Satsuma artists and creator of finest Kinkozan works, sold for £37,200 ($60,914). 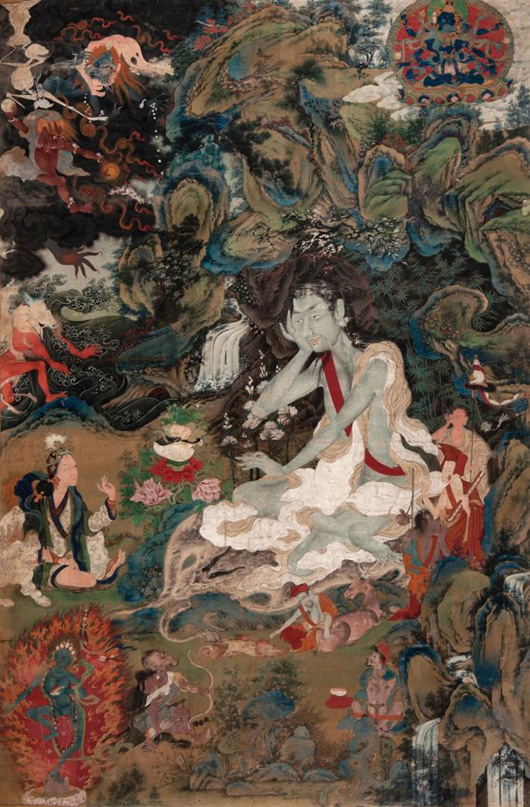 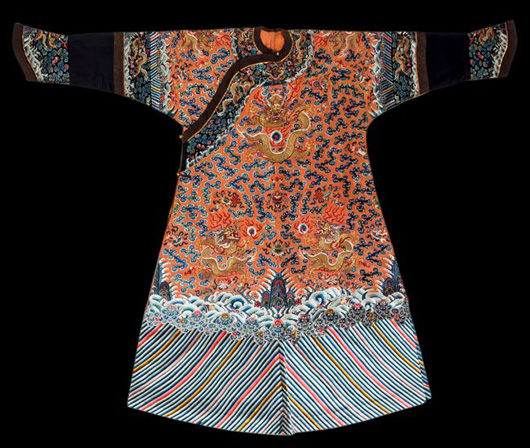 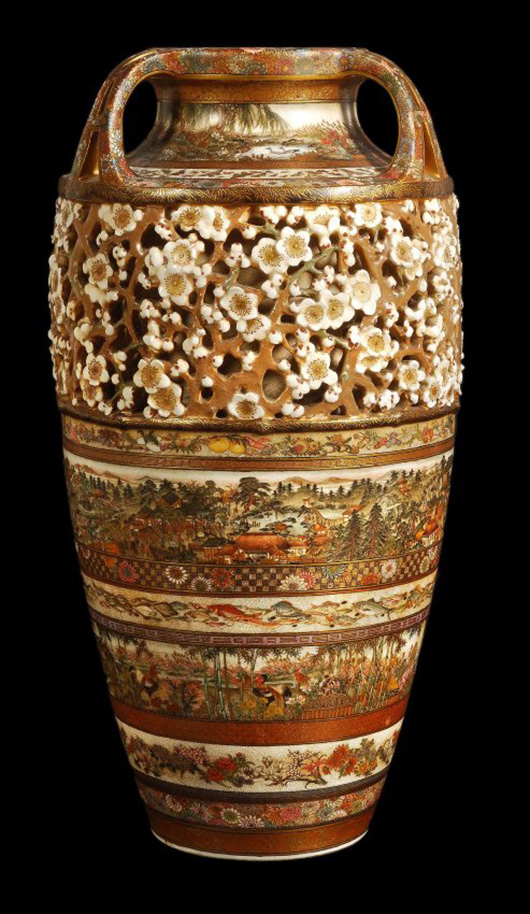 A painting of Boshisattva Avalokitesvara, walking on a lotus pond with a large halo behind him. Price realized: £28,000 (hammer price). Dreweatts & Bloomsbury Auctions image. 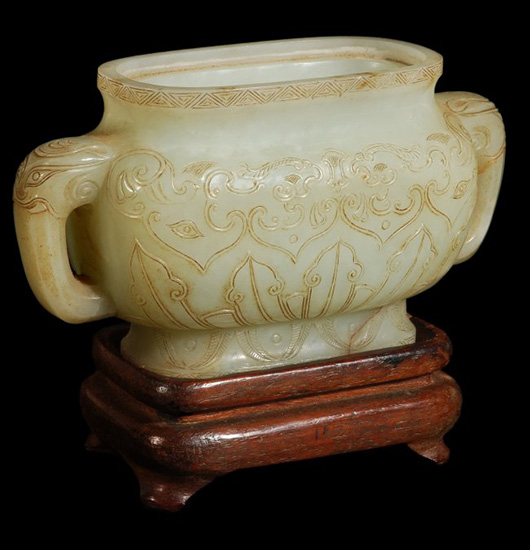