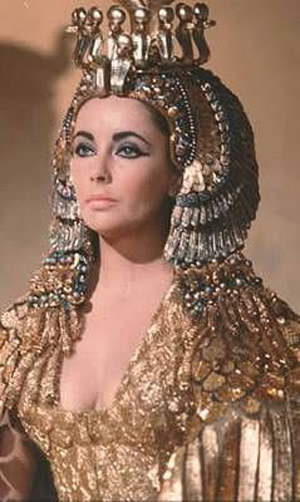 DALLAS – The gold cape that Elizabeth Taylor wore as Cleopatra in two pivotal scenes in the 1963 film of the same name brought $59,375 when it crossed the block at Heritage Auctions Friday as part of an Entertainment & Music Memorabilia auction. The cape sold to an anonymous East Coast collector.

The consignor of the piece, who wished to remain anonymous, said that her mother, who worked in the couture fashion industry, purchased the famous piece from the now defunct Western Costume at some point in the years following the 1963 film’s debut. She kept it wrapped in tissue paper in a cedar closet.

“I never mentioned it or showed it to anyone,” the consignor said. “When Elizabeth Taylor passed away recently I thought of the magnificent cape and realized that it was time for the cape to find its way out into the world.”

The ceremonial cape from Cleopatra (20th Century Fox, 1963) is crafted to resemble the wings of a Phoenix and is made of thin panels of gold-painted leather adorned with hand-stitched gold beads and sequins. Taylor wore the cape in two important scenes: Cleopatra’s dramatic entrance to Rome—the most lavish portrayal of this event in film history—and Cleopatra’s dramatic “exit” by asp bite.

“This piece is the epitome of glamorous and it was worn by one of Hollywood’s greatest leading ladies at the very peak of her fame, power and beauty,” said Margaret Barrett, director of entertainment and music memorabilia at Heritage Auctions, “(It’s) an artifact of the Golden Age of Hollywood cinema … worth every penny.” 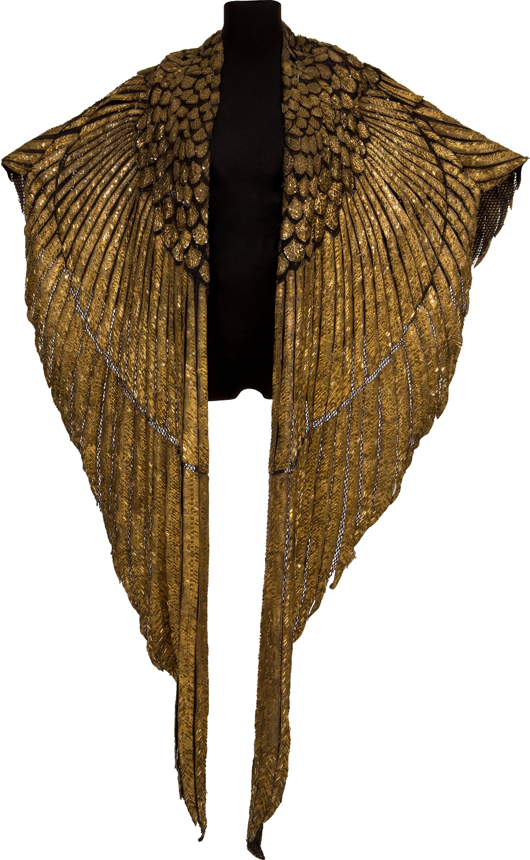