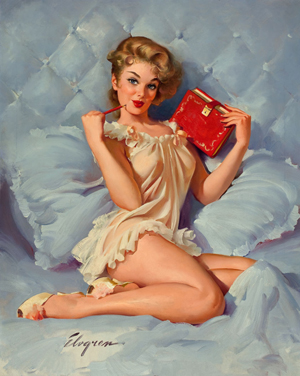 “Pin-up art was strong across the board,” said Todd Hignite, vice president of Heritage Auctions. “Illustration art in general remains extremely popular with collectors but the interest in Gil Elvgren’s work – and that of other giants – is simply outpacing all expectations.”

Collector interest for Nagel’s work has placed him squarely in the pantheon of the 20th centuries most popular illustration artists as (Untitled) Her Look, 1983, and Untitled (Woman with Horse), 1983, each sold for $161,000, surpassing the artist’s previous record, also set by Heritage. Paintings by Nagel secured four of the auctions’ top 10 most valuable lots with Profiles of a Man and Woman, 1983, brought $56,250 and Partial Nude, The Playboy Forum illustration, May 1984, ended at $31,250.

Pulp and paperback art also generated strong results as Doll of Death, the Spicy Mystery pulp cover from August 1938 by Hugh Joseph Ward sold for $37,500. Margaret Brundage’s shocking The Blue Woman, the September 1935 cover of Weird Tales, sold for $20,625 and Lizards from Hell, Will Hulsey’s outrageous February 1957 cover for True Men Stories, brought more than eight times its estimate to end at $17,500. The April 1940 cover painting to Fantastic Adventures magazine, titled The Blue Tropics and painted by Frank R. Paul, sold for $15,000. A strong selection of paperback cover art was led by the fantastical Dark of the Woods, 1970, by Jeffrey Jones, which hammered for $20,000.

Original ad art performed well as Gil Elvgren’s A Cool Beverage, a preliminary beer advertisement, blasted its $8,000 estimate out of the water to end at $22,500, while George Petty’s Art Deco infused original They All Say Yes, a likely Atlas beer advertisement, sold for $5,937. 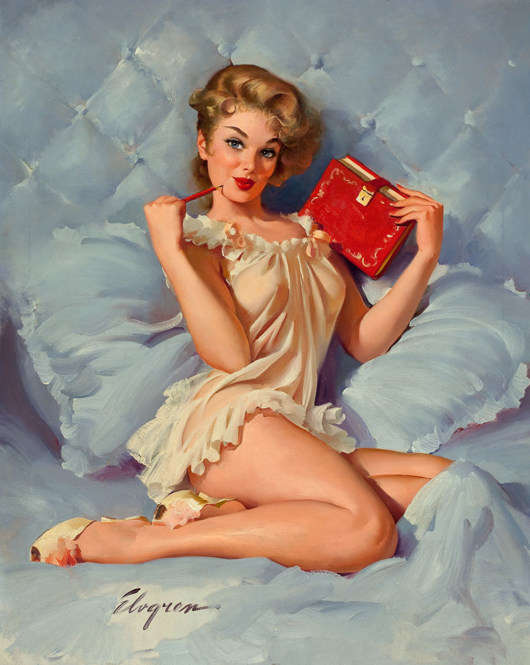 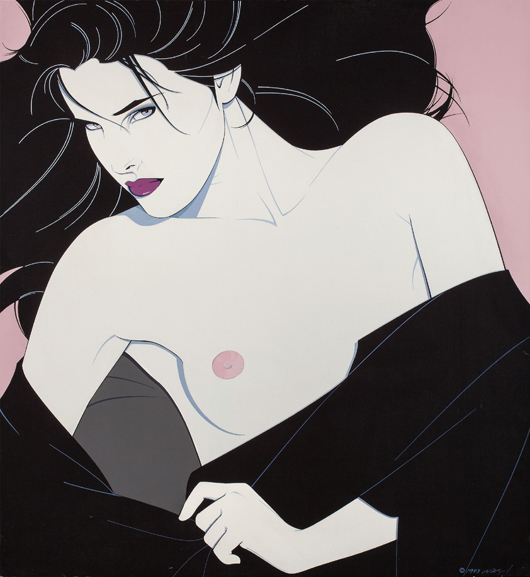 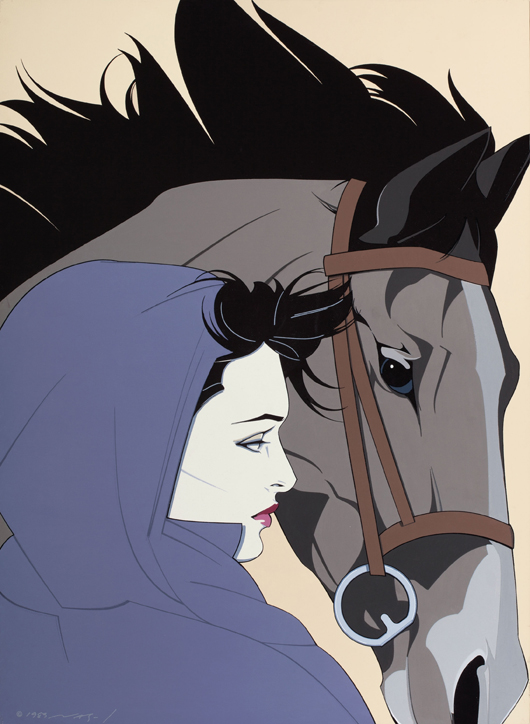 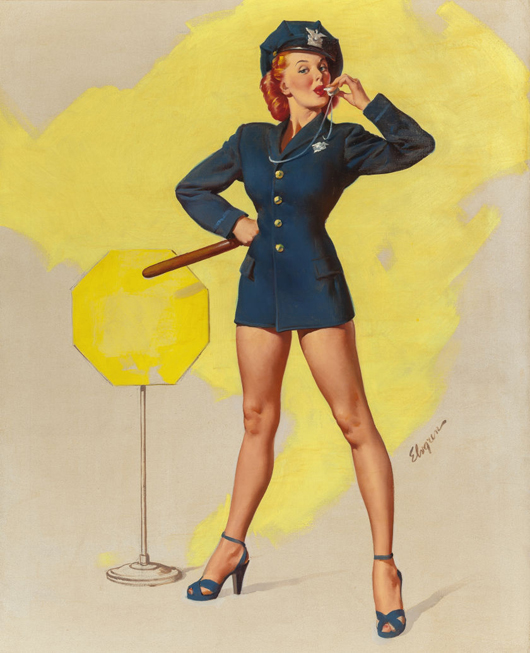 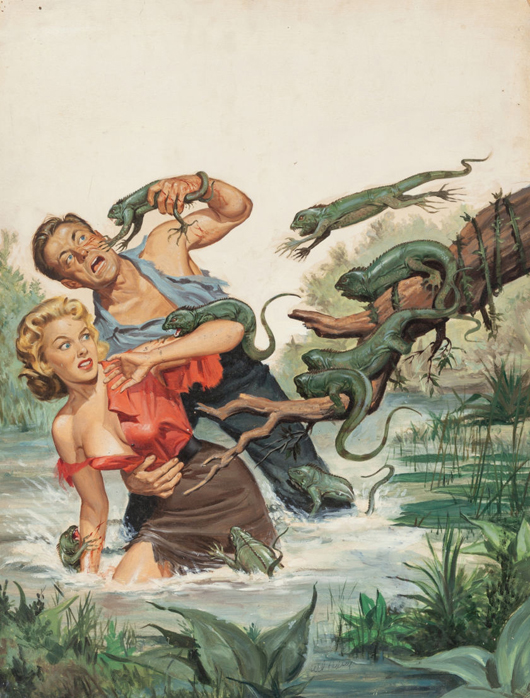 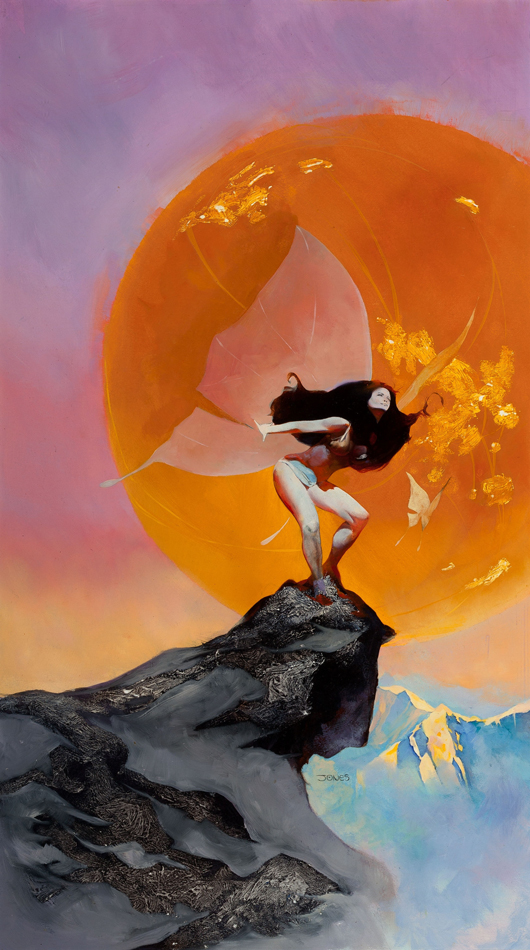