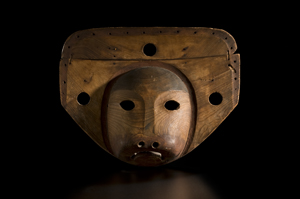 CINCINNATI – An important 19th-century Eskimo seal mask from the St. Michael’s area was the top-selling lot in Cowan’s American Indian and Western Art Auction on September 11, 2009, more than doubling its $30,000-$40,000 estimate with a winning bid of $88,125. Constructed of two planks in red and black paint pinned together, with panels pierced for attachments and feathers, the mask is a fine example of the form. The auction grossed $950,000, with nearly 560 bidders competing for 456 lots.

“I am very pleased with the results of the auction,” said Danica Farnand, Cowan’s director of American Indian Art. “One of the stars came early in the sale, lot 10, a beautifully carved and very tactile Eskimo seal mask. Additionally, the California baskets were a hot spot. The overall atmosphere of the sale was positive, which was reflected in the prices overall.”

Two 19th- to early 20th-century American Indian garments were among the highest-grossing lots in the auction. A late 19th-century Fort Berthhold war shirt with bright quilled strips of blue, yellow, white, and red sold for $22,325, above its $15/20,000 estimate. A complete Chippewa man’s dance ensemble, including two bandolier bags with traditional floral motifs, velveteen leggings and sleeves with beaded decoration, a breech clout, a loom-beaded belt, and two pairs of beaded hide moccasins, brought $18,800, doubling its $8/10,000 estimate.

A surprise winner in the auction was a Navajo Third Phase chief’s blanket, which realized $16,450, well surpassing its $1,000/1,500 estimate. “The blanket’s final price was a surprise in part because the condition of the piece is very rough. However, the blanket is an early piece, dating to around 1870, with amazingly bright colors of hand-spun indigo and bayetta. It is beautiful with a very classic design, which made it desirable,” said Farnand.

Western art from several important collections, including the Estate of Dr. Edward Woliver of Cincinnati, Ohio, made up a quarter of the lots in the auction. Featured works by the genre’s best-known artists, including Henry Farny, Charles Russell, and John Hauser, among others, were top sellers.

“The Western Art portion of the auction was a success overall. We offered solid examples that had great purchase histories, and we estimated them conservatively. I think we’ve proven that by staying conservative for great works such as these, the consignor is better off in the long run,” commented Graydon Sikes, director of Paintings and Works on Paper.

Indian Portrait by fellow Cincinnatian Henry Farny, a small watercolor and gouache on paper, is likely derived from a sketch made during one of Farny’s many trips west and is a fine example of his realist Dusseldorf style. It garnered $18,800, above its $10/15,000 estimate.

“I was thrilled with the participation of Cincinnati collectors in the auction, as they bid aggressively for works by artists with Cincinnati roots such as Farny and Sharp,” noted Sikes.

Eanger Irving Couse’s Turkey Hunter realized $47,587.50, within its $30/50,000 estimate. Couse, a member of the Taos Society of Artists, often painted Indian hunter scenes, and this was a sterling example. A watercolor on paper by Charles Marion Russell titled The Brave brought $38,187.50, within its $35/55,000 estimate. Though not known for works such as this, Russell painted several bust-length portraits of Indians, some of which are dated from 1899-1902. This watercolor was likely executed during that time.

View the fully illustrated catalog for this, complete with prices realized, at www.LiveAuctioneers.com. 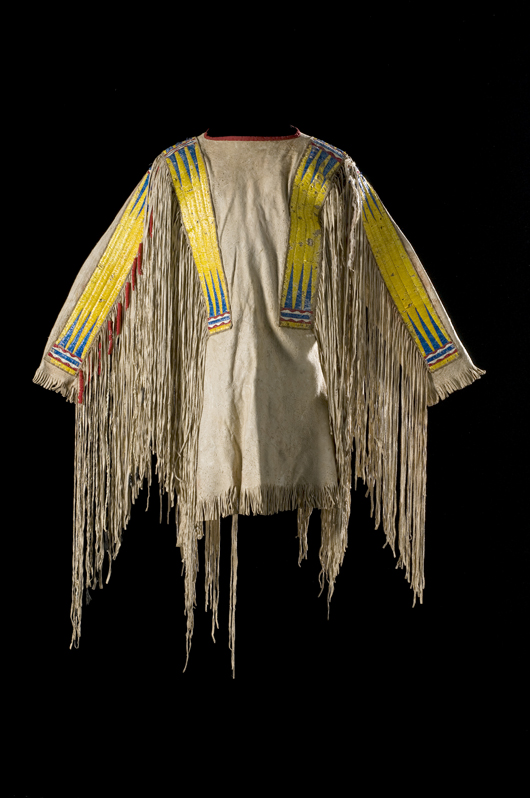 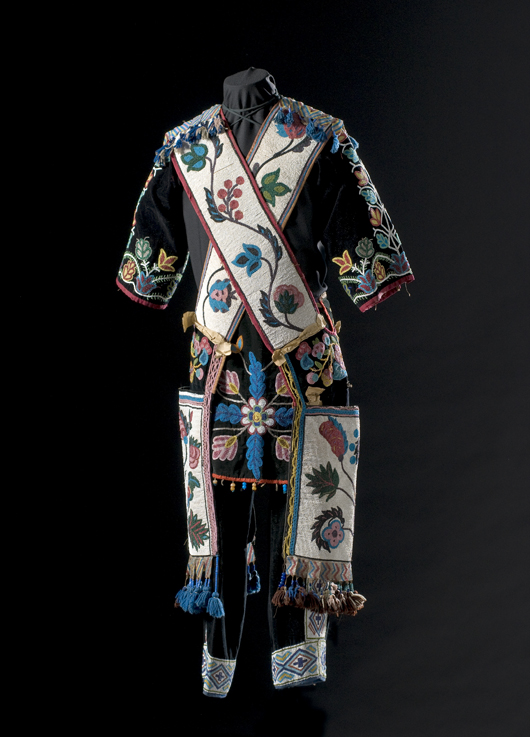 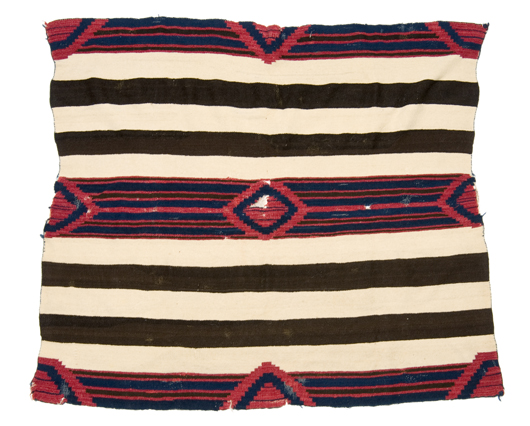 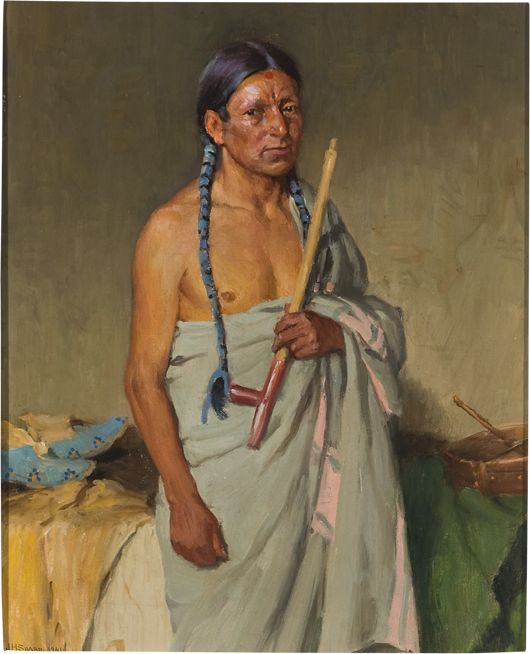 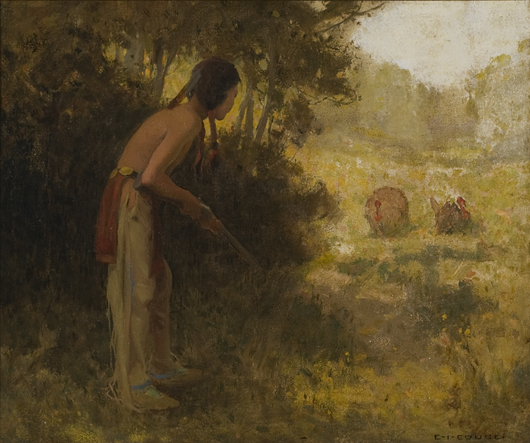