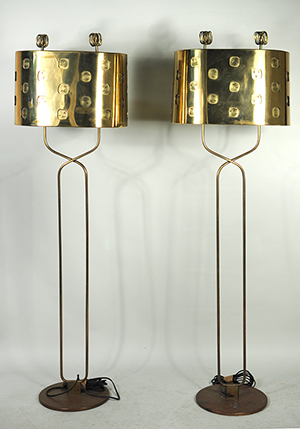 The lamps were designed by Paavo Tynell (1890-1973) around 1950 and were produced by Taito. The stylish lamps each have six lights, two wirework finials over oval shades with cutout star ornamentation on two crossed supports and round bases. The lamps were stamped on top of the fixture with conjoined double “T” logo, “Taito NM 713 B made in Finland,” 70 1/2 inches high, 19 1/2 inches wide. According to Thomas Schwenke of Woodbury Auction LLC, “the lot opened on the Internet, and all phones were bidding actively up to about $25,000, with three phone contenders continuing to bid competitively until the winning phone bidder claimed the lot for $49,000 hammer.”

Top lot of the several silver lots in the sale was a Tiffany & Co. sterling silver service for 12 in the Wave Edge pattern, circa 1891, presented together with four additional Tiffany hollow ware items. The service, 198.5 troy ounces, fetched $11,700. The service items and hollow ware were presented in the original Tiffany & Co. custom sycamore and brass mounted case, circa 1891, with paneled hinged top and lower long drawer, the top with brass plaque “Mr. & Mrs. Frederick Littlefield from JA and AH Morris Dec 25th 1891,” also with brass Tiffany & Co. label in interior. The items were given as a wedding gift from A.H. Morris, a prominent racehorse breeder, to jockey Frederick Littlefield, who rode Refund to his 1888 Preakness victory and Bowling Brook to win the 1898 Belmont Stakes.

The sale began with the rare 19th century Tibetan gilt bronze seated figure of Tara, cataloged as lot no. 1, which peaked at $31,250 to an Internet bidder. The figure had been consigned from descendants of Edmund C. Tarbell, the noted American impressionist painter, and had an incised Dorje symbol on base. Schwenke commented that “virtually all the bidding was Internet based, with the lot opening at $13,000 on the Internet and continuing until one Internet bidder prevailed.”

The sale included almost 100 lots of Asian decorative arts, including bronzes, woodblock prints, kimonos, jades, porcelains and netsukes. The second-highest lot of the sale was a Ming dynasty blue and white footed bowl on stand, consigned by a Long Island estate, which surprised at $38,750 to a determined internet bidder in China.

Two additional Asian lots consigned by the Tarbell descendants fared well. A rare Japanese woodblock print by Katsushika Hokusai (1760-1849) Drum Bridge at Kameido Tenjin in Shrine from the series Rare Views of Famous Bridges in All the Provinces, sold to an internet bidder for $2,500 against an estimate of $1,000-$1,500, and a group of three Chinese silk embroidered robes, circa 1900, fetched a strong $3,375 to another Internet bidder, those carrying a presale estimate of $400.

Four Chinese amber colored hard-stone seals, 19th/20th century, one with a carved elephant, and three with carved fu lions, also jumped beyond estimate, selling on the Internet for $5,300 to an Asian buyer.

Jewelry lots saw active competition, with several yellow and white gold jewelry items crossing the block in price ranges from $600 to $2,800. The top jewelry lot, however, was a Chinese 18K white gold jade and diamond pendant, 19th/20th century, depicting Guanyin, having a suspension loop mounted with rose cut diamond, marked 750 on loop, approximately 2 inches high by one-half inch wide, which was claimed for $4,250 by an Asian bidder from England, bidding in person in the room.

Prices quoted include the buyer’s premium.

For details contact the gallery at 203-266-0323 or send an email to info@woodburyauction.com. 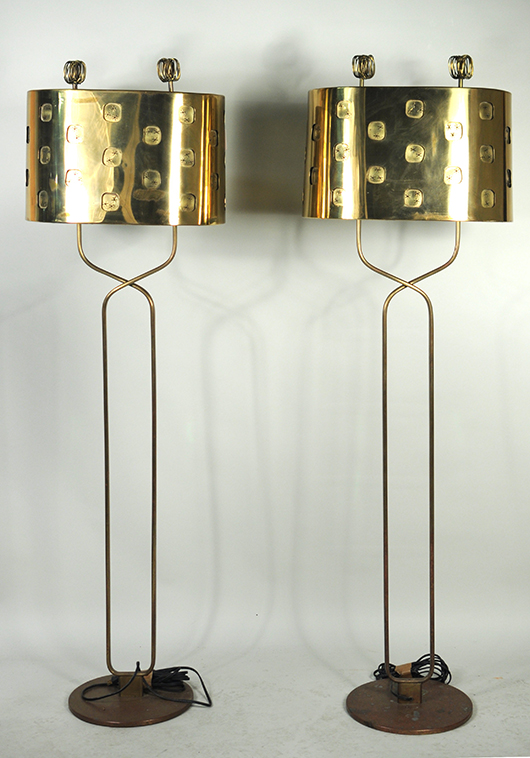 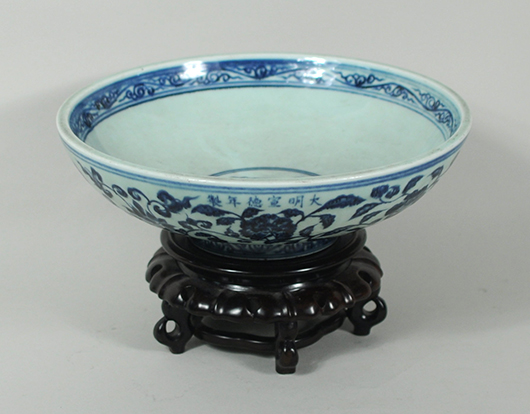 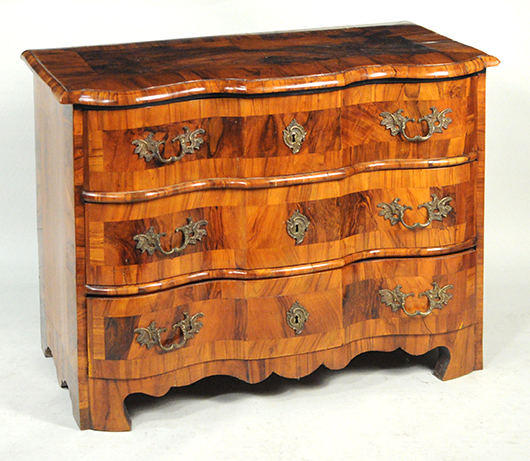 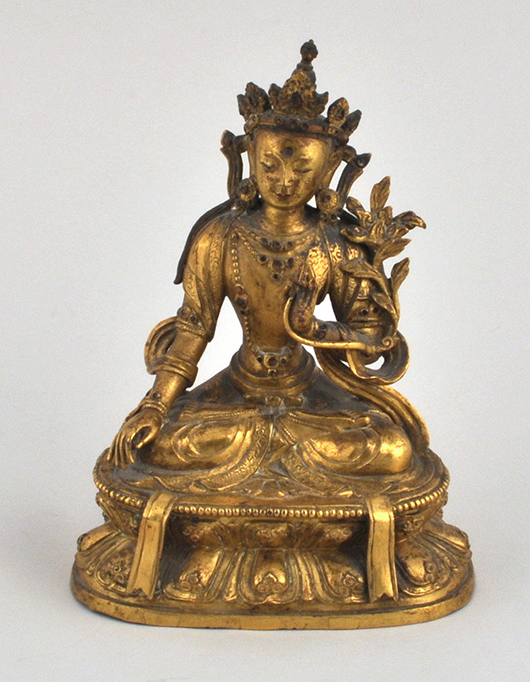 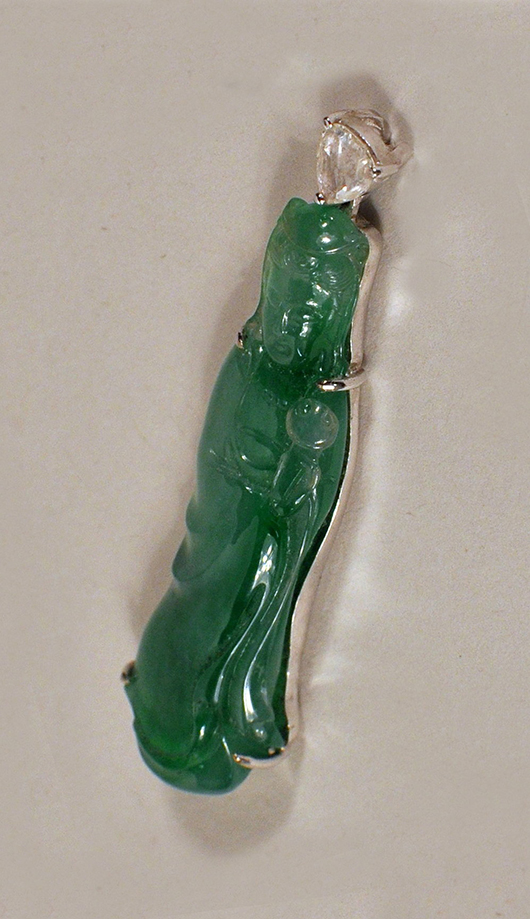