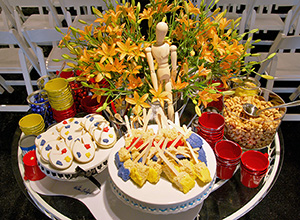 WEST PALM BEACH, Fla. – On November 1st, Palm Beach Modern Auctions (PBMA) held a $650,000 auction of modern art, decorative art and sculpture, with Internet live bidding through LiveAuctioneers. But if you had blinked, you might have thought the ruby slippers had just transported you to Hollywood for a red-carpet soiree.

Outside, there was complimentary valet service. Whether arriving in a Rolls or a minivan, everyone was treated like royalty arriving for a state event. Just inside the door, three staff members greeted guests and directed them into the exhibition space, which was filled with the types of modern and contemporary art so popular with south Florida’s rich and famous. Everything looked sleek, chic and ready to be white-glove-transported to one of those fabulous abstract glass mansions that dot the islands and coastline of the Sunshine State.

Known for their gracious hospitality – in addition to their expertise in modern and contemporary art – PBMA co-owners Rico Baca and Wade Terwilliger outdid themselves with a complimentary catered, art-theme spread that included:

More than 100 registered bidders were in attendance for the 300-lot Art & Sculpture Auction, with another 442 bidders from 15 countries participating online through LiveAuctioneers. The phone lines buzzed with activity from bidders in Switzerland, Italy, France, Kuwait, Austria, Spain, Canada, Brazil, and of course, the USA. Records were set throughout the sale for works by individual artists. “There wasn’t a hint of weakness noticeable in any category, but sculptures put in an especially strong performance,” said Baca, who also presided as auctioneer. The auction total was $650,000 (all prices quoted include 20% buyer’s premium).

A few of the items believed to have set auction records included:

You didn’t have to spend a fortune to acquire a quality modern or contemporary artwork, as there were some very nice editions available. Three signed “Structure” silkscreens by Larry Dinkin (first time at auction) went for $1,830 ($1,500 hammer) each. Another auction first-timer was Gavin Rain, whose signed and boxed lithograph – perhaps an homage to Marilyn Monroe – achieved $976 ($800 hammer). A large and super-cool abstract tapestry by Brazilian artist Genaro de Carvalho (1926-1971) went for $3,416 ($2,800 hammer).

“We were very pleased with the results of our first art-only auction,” Baca said. “Overall, there was incredible growth, including in the number of bidders and average price realized per lot. We attribute a lot of this success to the effort our team puts into every step of the auction process, from designing a beautiful catalog to creating a really nice atmosphere for those who attend our sales in person. And, of course, we work very hard to obtain consignments that are exactly what collectors are seeking in today’s marketplace.” 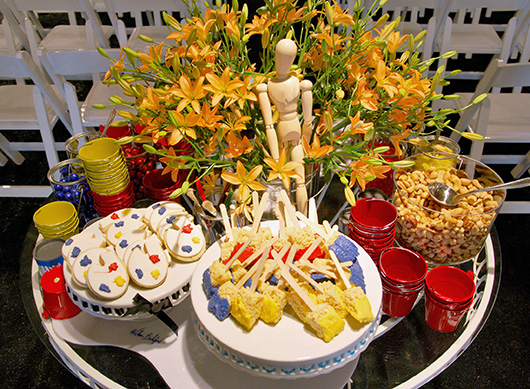 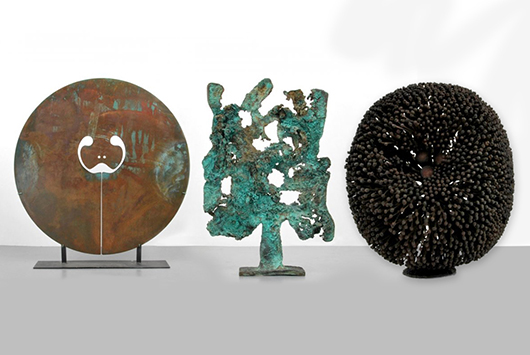 Three monumental Harry Bertoia sculptures were offered, including (at center) one that set an auction record for a work by the artist using the spill cast technique. It sold for $48,800 ($40,000 hammer). Palm Beach Modern Auctions image 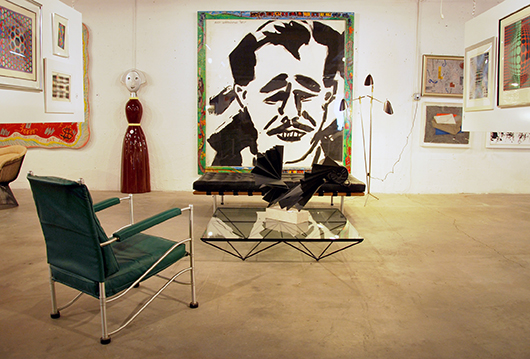 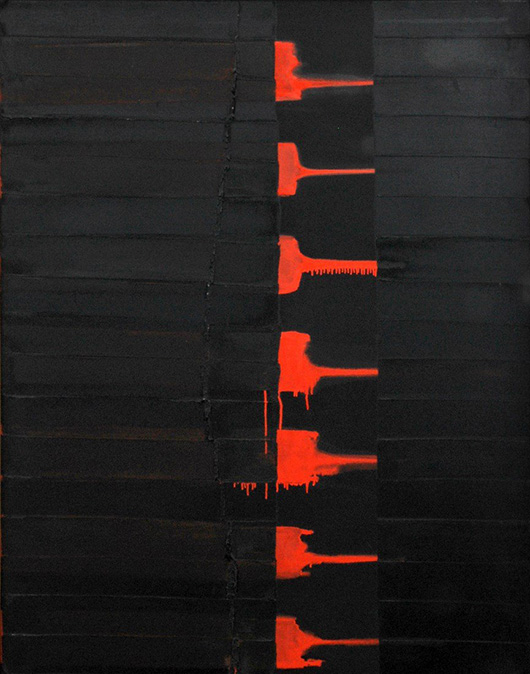 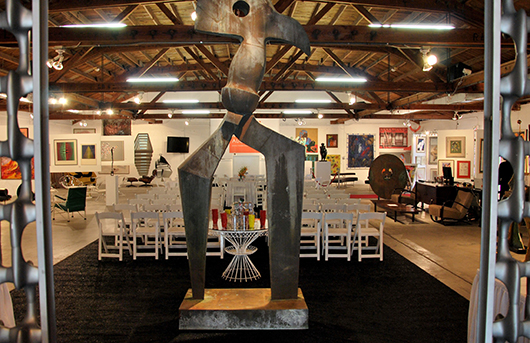 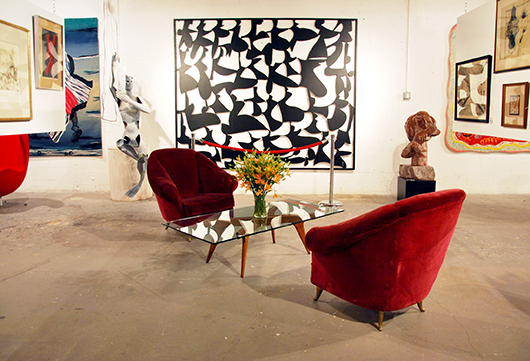 An Ernest Trova screen or room divider – a commissioned piece – looked fantastic in a composition that included a pair of crimson Gio Ponti armchairs, which were to be sold in a subsequent auction, on November 22nd. Palm Beach Modern Auctions image 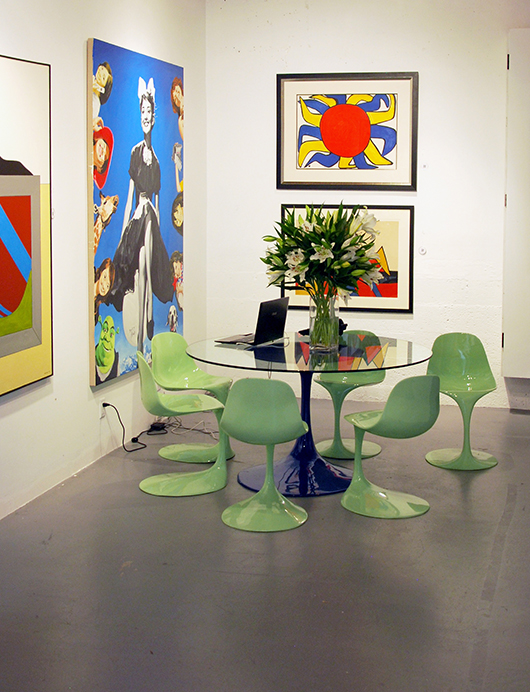 Works by contemporary Chinese artist Zhou Weihua (b. 1970-), shown on wall at left, and Alexander Calder (right, top and bottom) added pop to this corner. Table and chairs by Rudi Bonzanini were to be sold in PBMA’s Nov. 22 auction. Palm Beach Modern Auctions image 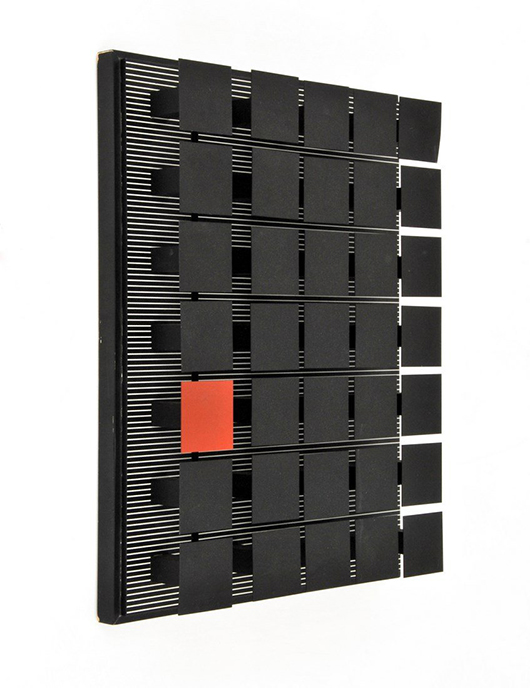