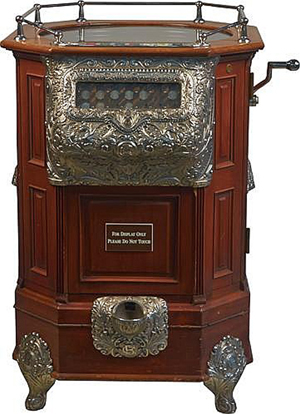 LAS VEGAS – If any name is synonymous with Las Vegas, it’s “Harrah” – in particular, William F. Harrah (1911-1978), visionary founder of Harrah’s Hotel and Casinos. So it came as no surprise when antique and vintage gambling machines from Harrah’s personal collection landed in six-figure territory in Victorian Casino Antiques’ Sept. 19-21, 2014 auction – the first event conducted since Morphy Auctions’ August acquisition of VCA. The high-profile event, which featured Internet live bidding through LiveAuctioneers, garnered $2,381,700 (all prices quoted inclusive of 20% buyer’s premium), with many of the top-finishing lots coming from the Harrah collection.

“There can be no question that the Harrah machines brought the people in. Once here, they ended up buying other things, as well. The collection was a very good drawcard,” said VCA president Peter Sidlow. While the event attracted more than 350 people to the gallery, phone and Internet bidders proved to be formidable contenders.

“Many things went to overseas bidders,” Sidlow said. “We’re still in the process of shipping items to places like Belgium, Germany and England.”

Leading the 1,700-lot offering was Harrah’s Caille 25-cent roulette floor machine, a handsome circa-1904 wood-cased production with ornate repousse nickel-plated embellishments. Against an estimate of $150,000-$175,000, it sold to an American collector for $212,500.

Adding a melodic accompaniment to the auction, a 1912 Mills 5-cent upright Violano Virtuoso displayed the ingenious features that led to is being named in its day as one of the “Eight Greatest Inventions of the Decade.” It surpassed its presale estimate to settle at a strong $51,600.

Mills manufactured many countertop models, including their ornate circa-1901 Busy Bee. The rare example in VCA’s auction retained its original wheel with bee motif and was in excellent condition. It more than doubled its high estimate in reaching $44,400. Another desirable trade stimulator, a circa-1902 Royal Novelty Co. 5-reel poker machine that paid its winners in cigars, ended its bidding run at a smoking $33,000.

A circa-1929 Mills/Hoke “Trap the Snake” table-model bell slot machine with eye-catching serpent graphics and working skill stops was presented in fully operational, all-original condition. It easily exceeded its high estimate to earn $45,000, a price that Sidlow believes may be the highest ever paid for a three-reel slot machine.

A 5-cent Automatic Dice Fortune Teller amusement machine made by Clawson Slot Machine Co., of Newark, N.J., was in excellent original condition and came complete with its vertical stand. It sold for twice its high estimate at $30,000.

There was no end to the variety of items available to collectors of advertising and country-store items. An especially nice example of an antique Angldile Springless Automatic Scale, with a sign promising “Honest Weight,” commanded twice its high estimate and then some, at $5,100. From much later in the 20th century, a 7ft 8in painted figural statue of the iconic Big boy restaurant mascot “running” with a giant burger in his hands delivered a $7,800 bid.

Dan Morphy, president of Morphy Auctions, expressed his unqualified satisfaction with the results of Morphy/VCA’s first collaboration and said he was especially pleased with the way the Las Vegas and Pennsylvania flagship teams had worked together in one united effort.

“My staff and I were warmly greeted in Las Vegas. We were there with one goal in mind – to join forces with the VCA team and produce the best auction possible, and I think it’s safe to say we succeeded,” Morphy said.

“We don’t want Victorian Casino to change anything about the way they conduct their sales now that they’re operating under the Morphy banner, because their methods have been very successful in the past and are actually quite similar to our own,” Morphy continued. “Any changes in the way the first join sale was produced were very minor. Their way of doing business blends seamlessly with the way we have always operated at Morphy’s. They uphold the same high standards for quality and customer service as we do at Morphy’s Pennsylvania headquarters.”

The next Morphy’s & Victorian Casino auction will be held on January 23, 24 and 25, 2015 at the Las Vegas gallery and will feature a large selection of antique advertising. To enquire about consigning, contact Peter or Dan Sidlow by calling 702-382-2466 or email vca@lvcoxmail.com. Visit Morphy Auctions online at www.morphyauctions.com. 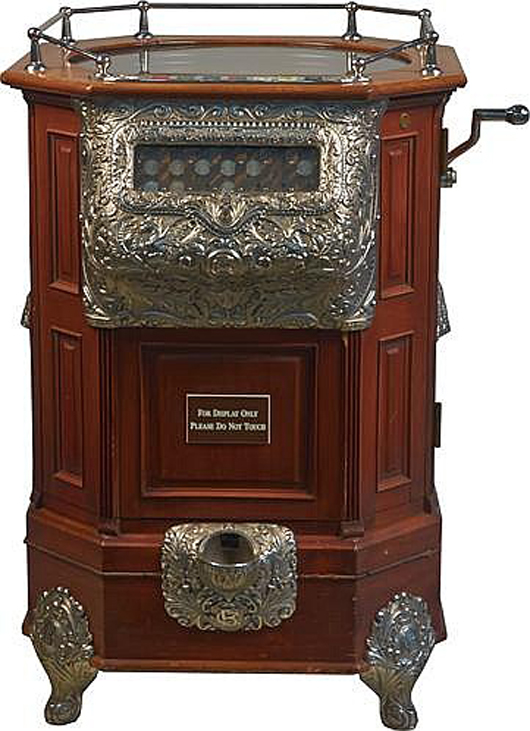 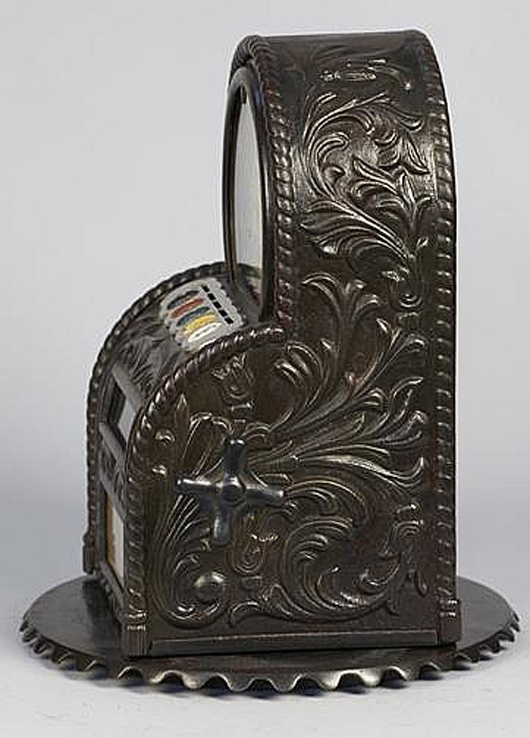 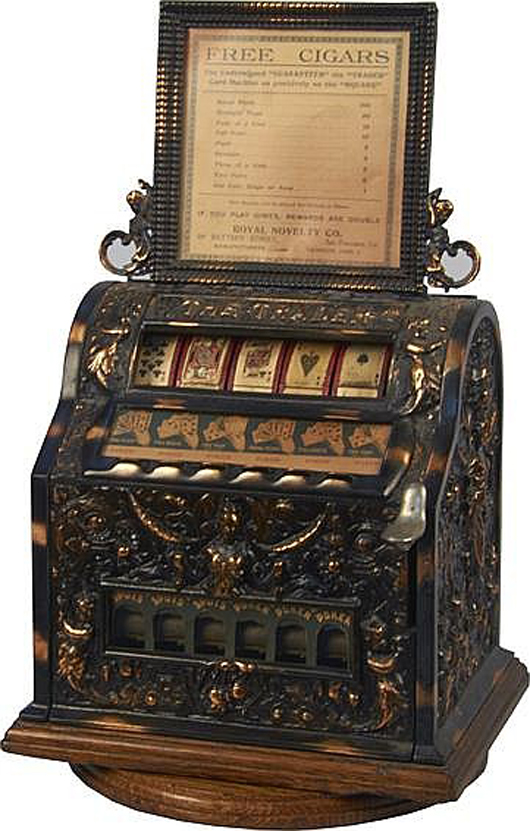 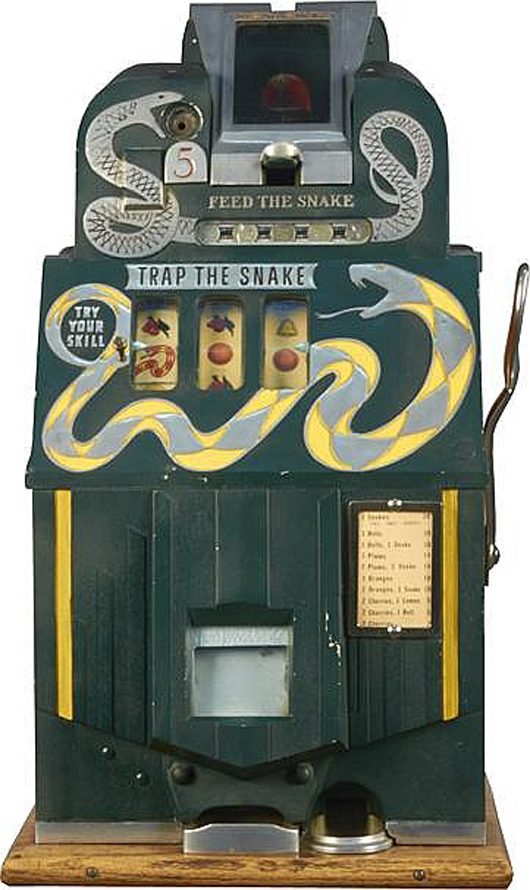 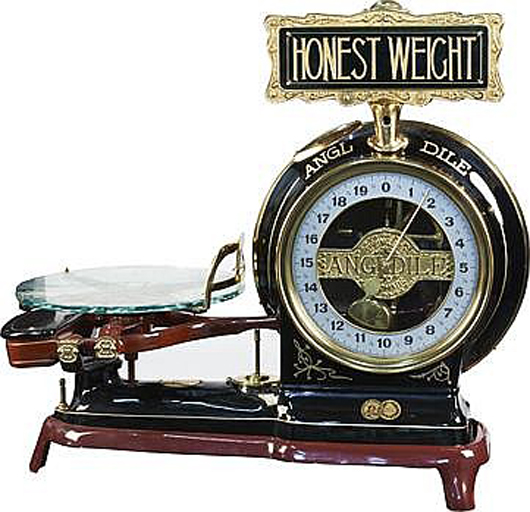 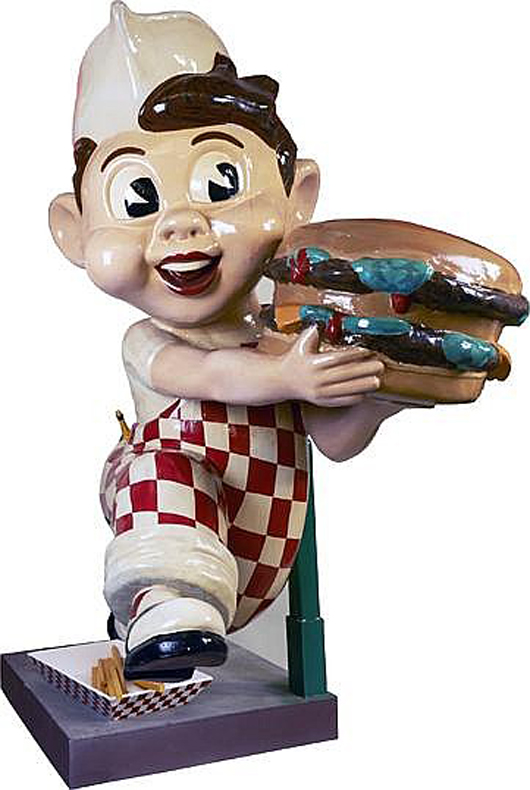 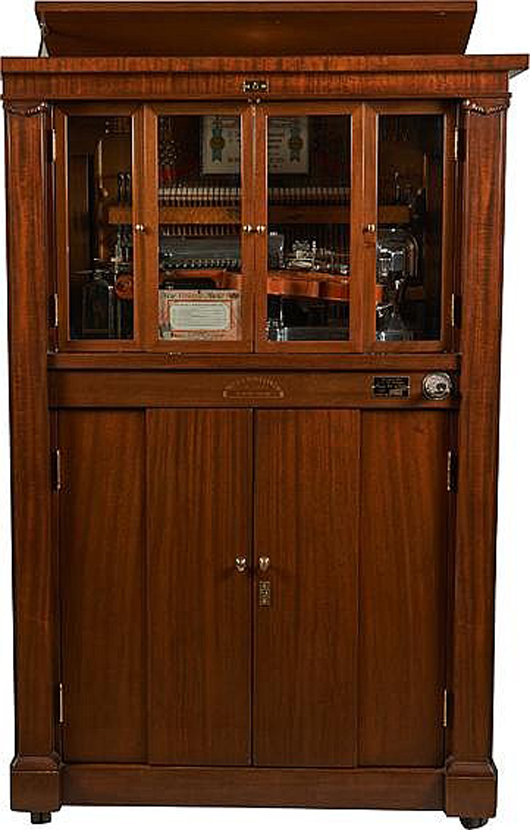