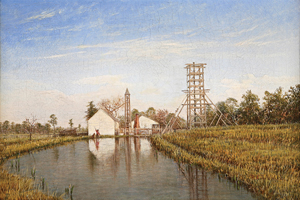 NEW ORLEANS – Neal Auction Company in New Orleans maintains an excellent sales balance in the marketplace. The firm offers fine and decorative arts with strong appeal to regional collectors, while presenting important material that attracts vigorous international bidding. The Feb. 4-5 sale enjoyed success in both arenas and achieved a total of $2.25 million.

President Neal Alford said “We want to make sure we have the right kind of property that the market responds to. We think of paintings as in the forefront of what we do.” Not surprisingly, outstanding examples of southern regional fine art were leaders in the recent sale.

The top lot was a rare view of Louisiana Drilling Rigs by Richard Clague (French/New Orleans, 1821-1873), which sold for $206,137.50. The artist has depicted an early type of drilling rig used to siphon material from underground reservoirs. While the activity in this view may be salt production, the same techniques would be applied to oil deposits around the turn of the century.

Alford continued, “You see all sorts of agrarian pursuits in 19th-century paintings, but the subject matter of the Clague picture is very unusual. You don’t often see beginning technology depicted in those paintings. It’s very luminous—the way the water of the bayou reflects the buildings and the blue sky. Clague captured this quality better than any other painter.”

Rachel Weathers, Neal’s director of paintings, added, “Clague was born to a well-to-do family and was sent to France for his education and art training. One of the art specialists we work with pointed out to me that Clague certainly was exposed to the work of Camille Corot (1796-1895) when he was in France. The composition of this particular painting is very reminiscent of Corot. Even back in Louisiana, Clague was employing these Barbizon School techniques.”

Another important lot, School House by the Shore, Louisiana Bayou by William Henry Buck (American/New Orleans, 1840-1880) brought $98,587.50. After the sale, Alford noted, “Most unusual was the fact that these two paintings had been in private hands since the mid-19th century. You really had a good 150-year provenance with each picture.”

Material from the estate of artist and architect James R. Lamantia Jr. inspired spirited international competition. Fine art from his collection—around 110 lots—was offered in the first hours of the sale. In addition to his professional practice, Lamantia was Professor of Architecture at Tulane University and served as visiting professor at Harvard, Yale and Columbia.

Marc Fagan, head of books and manuscripts at the auction house, said, “Lamantia was truly a Renaissance guy. He collected rare architectural folios, prints, Old Master drawings and maps, and there was a lot of international interest in the lots offered. We not only had dealer interest from London, Amsterdam and Rome, we also had institutional interest from important architectural libraries.”

Also from Lamantia’s collection, a pair of chalk studies of nude figures by Sir John Everett Millais (1829-1896) brought $8540. A pair of drawings—A Cave Seen in Sunlight and A Cave Seen in Shade by influential British critic and artist John Ruskin (1819-1900) sold for $6,710.

In a burst of bidding near the end of the sale, a Confederate staff officer’s sword from a Baton Rouge collection soared to $42,700. The quillon had the initial “CS” flanking a pelican in relief, and the blade was marked “Dufilho/N. Orleans.” Remarking on the untouched surface of this perfect attic find, Neal Alford said, “I love the condition of it. It looked like it came from the field of battle. It hadn’t gone through multiple dealer and collector hands. It had rested peacefully for a long, long time.”

Neal Auction Company’s next sale on April 21-22 will present a diverse selection of fine and decorative arts including more material from the Lamantia Collection. 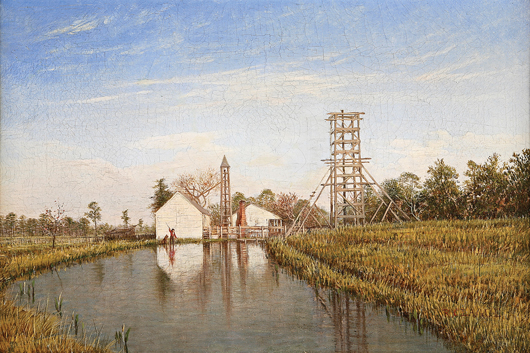 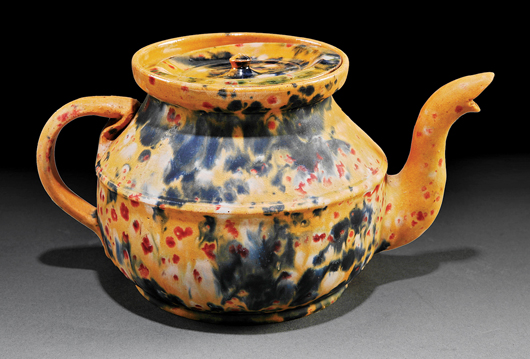 George Ohr, the ‘Mad Potter of Biloxi’ (1857-1918), was known for his eccentric forms and glazes. One of the best examples to emerge in recent years, this signed teapot brought $22,705. Image courtesy Neal Auction Co. 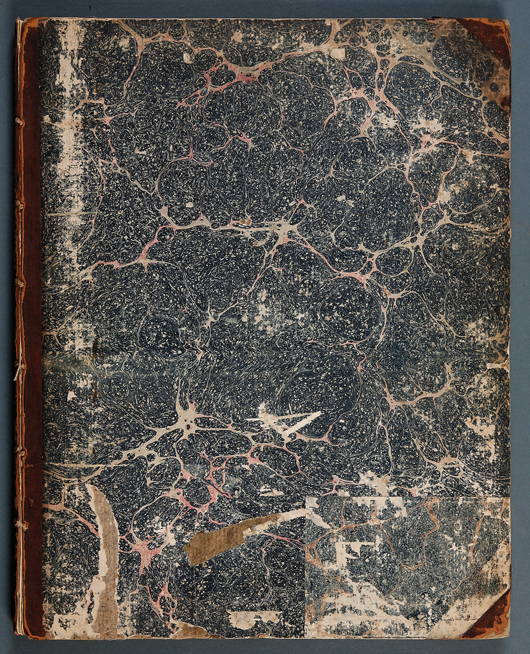 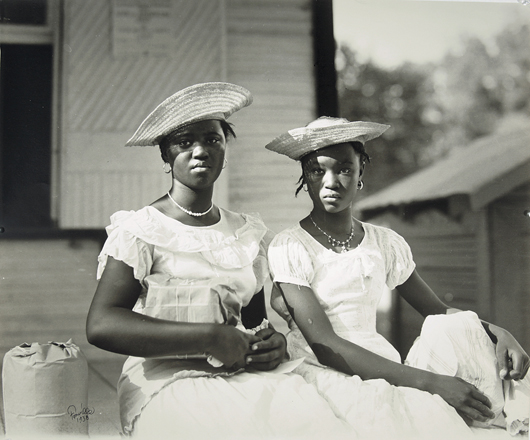 Among the lots of Classical furniture, a Baltimore sofa in Pompeian red with gilt decoration, 1815-1825, went to a bidder on the auction floor for $11,950. Image courtesy Neal Auction Co.