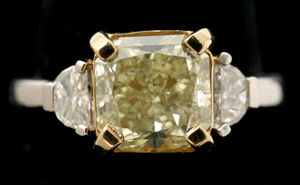 The auction began with 156 lots presented by the jewelry department, with a variety of gemstones, period pieces, certified jades and designer brands. More than one-fourth of the offered jewelry lots surpassed high estimates, with a sell-through just shy of a 70 percent.

Of honorable mention is a group of jewelry lots that produced pleasing final sale totals, as seen in an array of high ticket items. Lot 3119 was a ring centering a substantial fancy, radiant cut, light yellow diamond weighing 4.02 carats. The GIA certified stone was flanked by two half moon cut diamonds, weighing a total of approximately 0.40 carats. The ring managed to overtake its high projection of $15,000, selling to a floor bidder for a final selling price of $18,880.

The sales reign of fine diamonds was also evidenced in lot 3130. The ring, which featured a more than 4-carat emerald cut diamond accented by two streamlined baguette cut diamonds, sold for $21,240. Another diamond and platinum ring, this time centering a round brilliant cut of over 2 carats surrounded by 52 full-cut diamonds, sold for a hefty $15,340 (lot 3127). Also noteworthy was a unique jade, diamond and 18K gold jewelry suite of design origins in Milan, Italy, with the same selling price of $15,340 (lot 3133).

The furniture and decorative arts section of the sale saw a trio of lots perform with marked sales success as well. An outstanding lot was seen in a large Russian icon of the resurrection of Christ (lot 3181). The 19th century panel more than tripled its high estimate, selling for $12,980. An auction highlight from the selection of fine French furniture also surpassed estimates. A massive Napoleon III bonnetiere conservatively estimated at $6,000-$8,000 sold for a respectable $10,620 (lot 3191). From the fine silver selection, a lot of Towle sterling flatware service pieces in the King Richard pattern was a top performer, selling for $9,440 (lot 3270, $5,000-$7,000).

Decorative items were the pieces that most sharply surpassed estimates. An ornate Louis XV-style gilt bronze centerpiece, depicting a pair of perched cupids, sold for over four times its high estimate of $1,200 for $5,015 (lot 3212). In contrast, a commanding Art Deco mythological bronze figure proved to be a top seller as well. The muscular, helmeted male form brandishing a sword sold for over two and a half times its high estimate for $3,835.

The auction closed with 123 lots of 20th century design offerings. Slightly less than 30 percent sold for over their estimated values, with sales highlights represented in numerous categories. The star lot of the Modern selection was found in a pair of Spratling chairs. The rare Comanche leather chairs were of an extremely limited production span, making them a coveted collector find. The two chairs doubled their high estimate, selling for $4,130 (lot 3441). A classic pair of sterling Margaret De Patta modern earrings, once featured in her original catalog, also doubled projections at a final selling price of $2,006 (lot 3373, $800-900). Lot 3384 more than tripled estimates as the Robert Indiana “5” print sold for $1,003 ($200-300), and a Danish Modern teak dresser sold for the same price, more than doubling its high estimate (lot 3426). 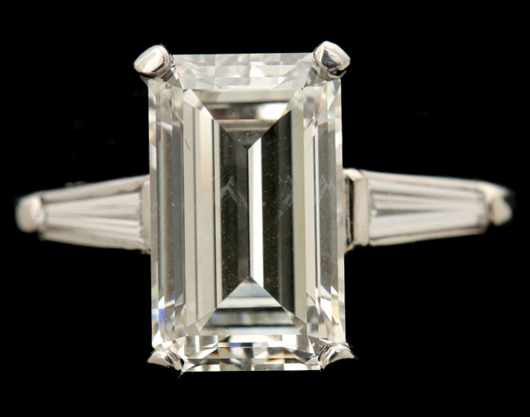 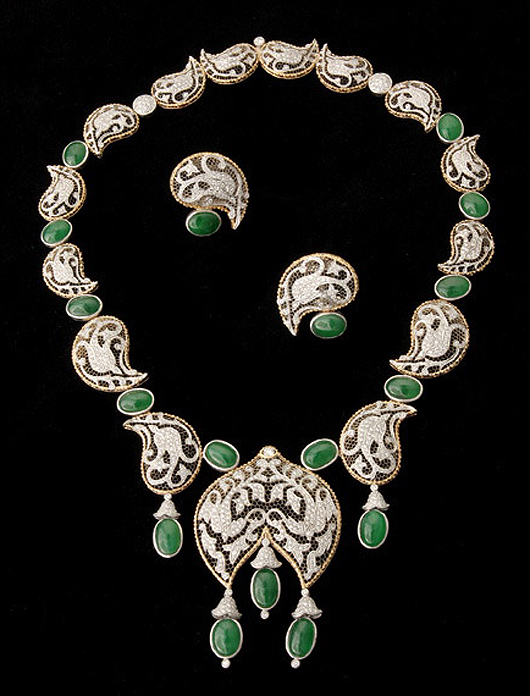 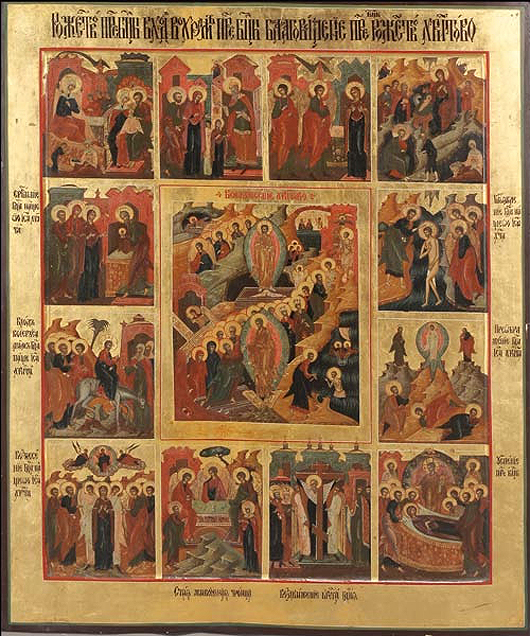 Large Russian icon of the Resurrection of Christ. Sold for $12,980. Michaan’s Auctions image. 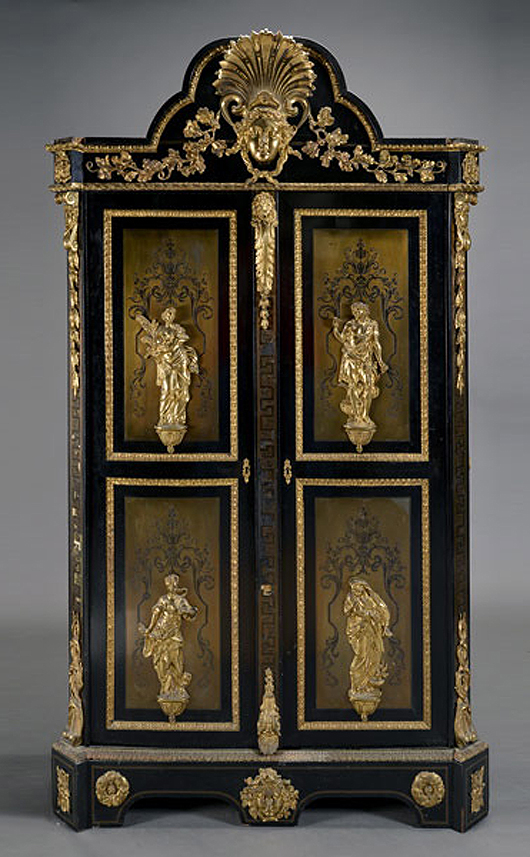 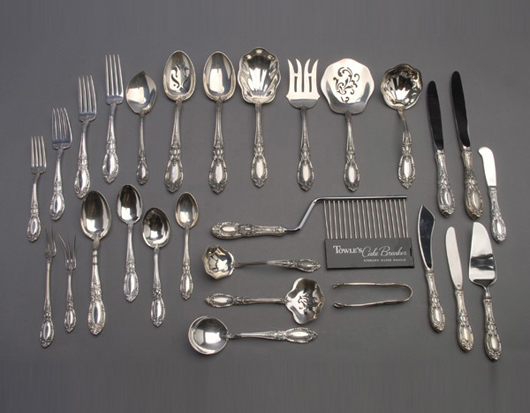 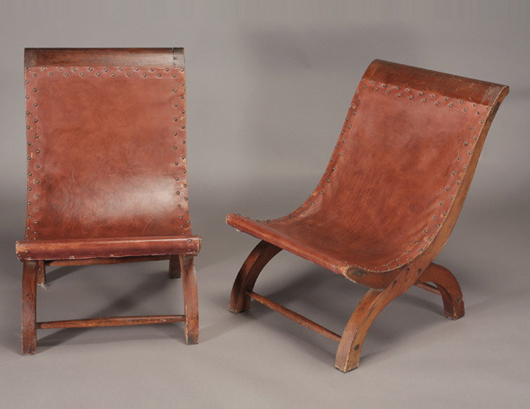 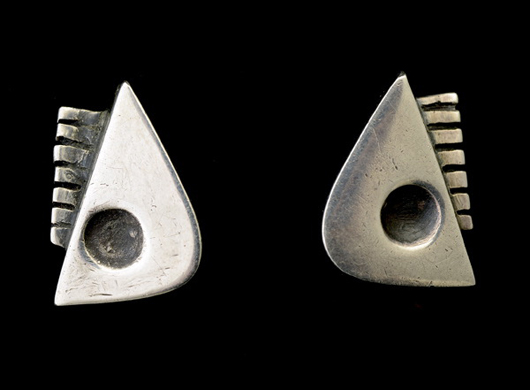