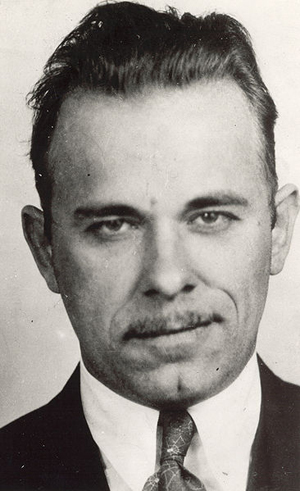 CHICAGO – Americana and Chicago-related material were highlights of Leslie Hindman Auctioneers’ July 28 Fine Books and Manuscripts auction. The event was right on target with expectations, achieving $212,210 against the high estimate of $211,250, with 85 percent of lots selling.

A letter penned by notorious 1930s-era bank robber John Dillinger sold for $60,400 – 10 times the presale high estimate of $6,000. Dated Dec. 18, 1932, the letter was written by Dillinger during his incarceration at the Crown Point jail in Lake County, Indiana. He writes his niece, Mary Hancock, expressing his wish to be with the family at Christmas, and says it will be his last Christmas in jail. He goes on to press his niece for details about her current boyfriend and jokes that he may need to borrow money once he’s released from jail. Dillinger would later famously escape from the Crown Point jail using a fake gun carved out of wood.

John Herbert Dillinger (June 22, 1903-July 22, 1934) was a feared criminal in the Midwestern United States during the early 1930s. He was responsible for the murder of several police officers and robbed no fewer than two dozen banks and four police stations. He escaped from jail twice, but some people idolized him as a modern-day Robin Hood. He was nicknamed “the Jackrabbit” for his close getaways from police and graceful movements during heists, such as leaping over counters.

After his escape from the Crown Point jail, Dillinger spent nearly a year running from police and hiding out in Florida, Arizona, Michigan, and Wisconsin. He was wounded in one escape from police and covertly recovered at his father’s home. He returned to Chicago in July 1934, the site of several of his most highly publicized crimes. After a tip from a prostitute, police tracked down the fugitive. On July 22, they closed in on the theater where he was watching a movie, and waited to arrest him as he left the building. Dillinger pulled a weapon and attempted to flee but was shot three times and killed when a bullet hit his face.

His robberies and numerous escapes had been so sensationalized in the media that Dillinger’s heinous legend remained in the American public’s consciousness for many decades. In 1973, the movie Dillinger was released. In the acclaimed 2009 film Public Enemies, Johnny Depp plays the role of John Dillinger, attesting that the 1930s crime-spree era is still fascinating to many.

Some of the historical information in this article was sourced through Wikipedia.org. 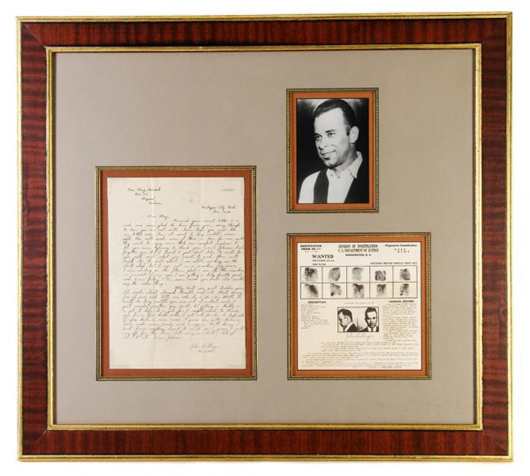