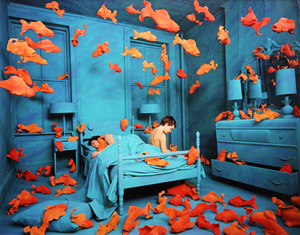 The highest price achieved in the Ruttenberg Collection was this large Cibachrome print titled ‘Revenge of the Goldfish’ (1981) by Sandy Skoglund, which fetched $20,230. Clars Auction Gallery image.

OAKLAND, Calif. – On Jan. 15-16 Clars Auction Gallery hosted their first sale of 2014 with impressive results across the board realizing over $1.2 million, the largest January sale in the firm’s history. All departments soared with sell-through rates over 96 percent. LiveAuctioneers.com provided Internet live bidding.

The spotlight of this sale was the important photography and prints collection of David C. and Sarajean Ruttenberg of Chicago. Prices realized on the works offered soared past estimates and set new world records. Numerous collectors and dealers from both coasts aggressively participated in the bidding making this one of the most successful photography auctions in a decade.

Rick Unruh, vice president and director of fine art at Clars, commented, “The timing was right for this auction. Everyone who collects or sells photography was in on this sale either in person, by phone or on the Internet. We sold close to 98 percent of the lots offered – all well above their estimates.” This spectacular collection was the passion of Mr. Ruttenberg which he carefully amassed for the latter half of the 20th century.” Unruh went on to say, “This truly was a very special collection in which both the artists and dealers knew Mr. Ruttenberg personally. You can’t ask for better provenance that that.”

Over 300 lots of photographs were offered at Clars on Jan. 16 featuring numerous works by the foremost names in photography. While almost all of these lots sold at, or substantially above, their estimates, the highest price achieved on the day from the Ruttenberg Collection was a large Cibachrome print titled Revenge of the Goldfish (1981) by Sandy Skoglund, which fetched $20,230. Berenice Abbott’s portfolio of photographs titled The Science Pictures soared past its $3,000-$5,000 estimate to land at $7,735. With an estimate of $1,000-$2,000, Danny Lyon’s dramatic work Cell Block Table (1968), reached a new world record price of $3,867. As a whole, the six photographs by Wright Morris all exceeded expectation with one in particular, Gano Grain Elevator (1940), selling at $3,867, well beyond its $800 to $1,200 estimate.

Due to the enormous size of the Ruttenberg Collection (2,000 art items), additional photographs, portfolios, prints and sculpture are scheduled to be sold at Clars in upcoming auctions.

Decoratives arts and furnishings also had an exciting sale with one new world record set. Art glass opened the event achieving over $100,000 in the first hour. An Alfredo Barbini for Pauly Murano glass “Aquarium Block,” circa 1955, was expected to reach a high of $600. Extremely aggressive bidding quickly escalated the final selling price to a new world record for Barbini of $11,900, nearly doubling his previous high of $5,800.

The top seller in this category was a lot of 12 German hand-painted porcelain cabinet plates, late 19th century, from the Franz Xavier Tallmaier Studio. Expected to achieve a high of $6,000, this set sold for nearly four times high estimate at $22,610.

Also selling for almost twice its high estimate was a Georg Jensen sterling flatware service for 12 in the Acorn pattern. Designed by Johan Rodhe, 1915, this set sold for $11,900.

Weighing in at approximately 150 to 200 pounds, a large collection of silver bullion including United States Morgan Dollars, Peace Dollars, Franklin and Kennedy half-dollars and pre-1964 coins was offered toward the end of the sale with the entire collection earning an impressive $75,000.

Asian art and antiques produced the top seller of the auction with a pot of Chinese hardstone Narcissus flowers from the late Qing/early Republic period achieving an astounding $35,700.

In jades, the top seller was a pair of Qing dynasty jade belt hooks with meandering chilong which sold for $10,115. Scholars’ items also had great results including a gourd-form cricket cage that hammered at $4,250.

Overall, the jewelry department experienced one of their strongest sell-through rates in the company’s history. 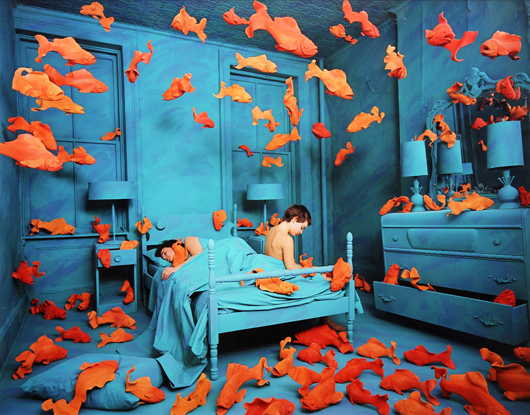 The highest price achieved in the Ruttenberg Collection was this large Cibachrome print titled ‘Revenge of the Goldfish’ (1981) by Sandy Skoglund, which fetched $20,230. Clars Auction Gallery image. 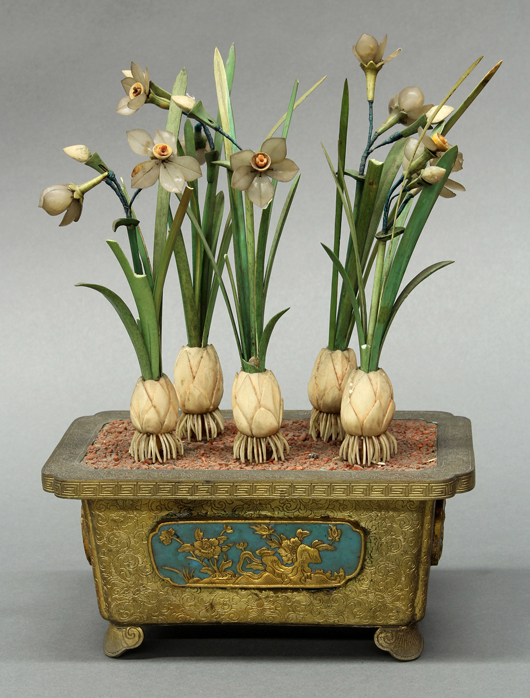 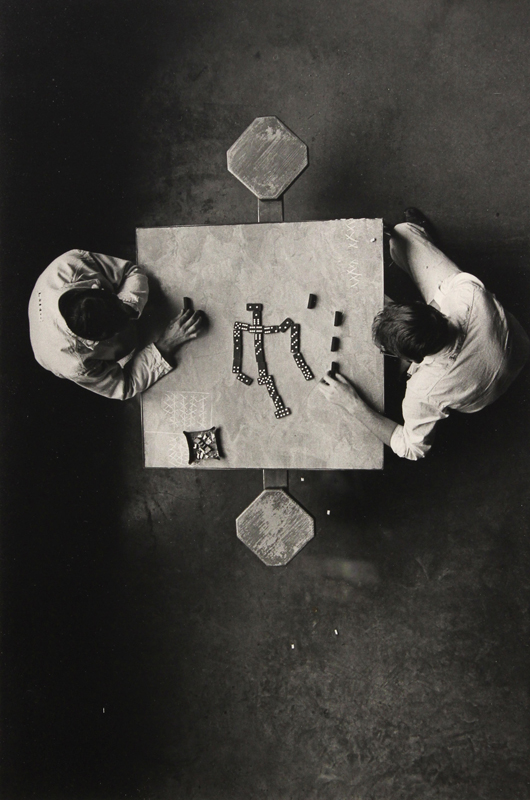 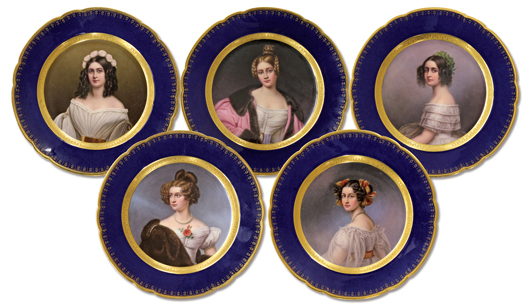 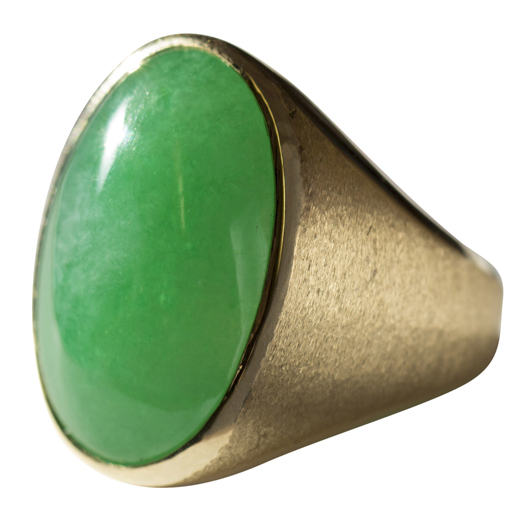 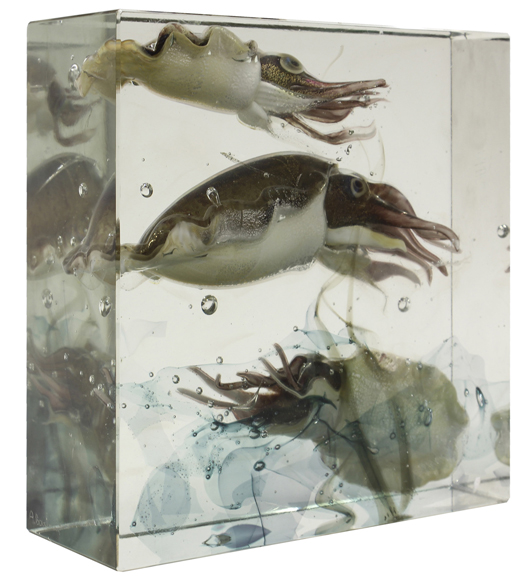 A new world record was set for Alfredo Barbini with his ‘Aquarium Block’ for Pauly Murano, which achieved $11,900. Clars Auction Gallery image.