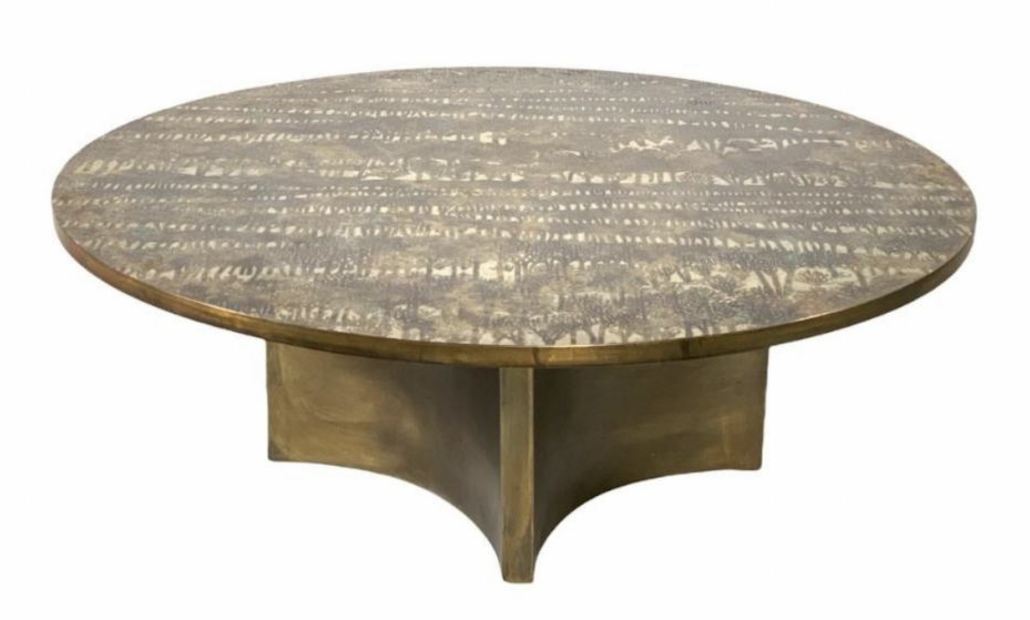 BEACHWOOD, Ohio – A bronze coffee table by Philip and Kelvin LaVerne, titled Eternal Forest, sold for $27,060 in an online Winter Fine Antiques & Art auction held February 19 by Neue Auctions. It was the top earner of the more than 300 lots that came up for bid.

The LaVerne coffee table was cast with an all-over tree pattern patinated in silver, and was raised on a shaped base. 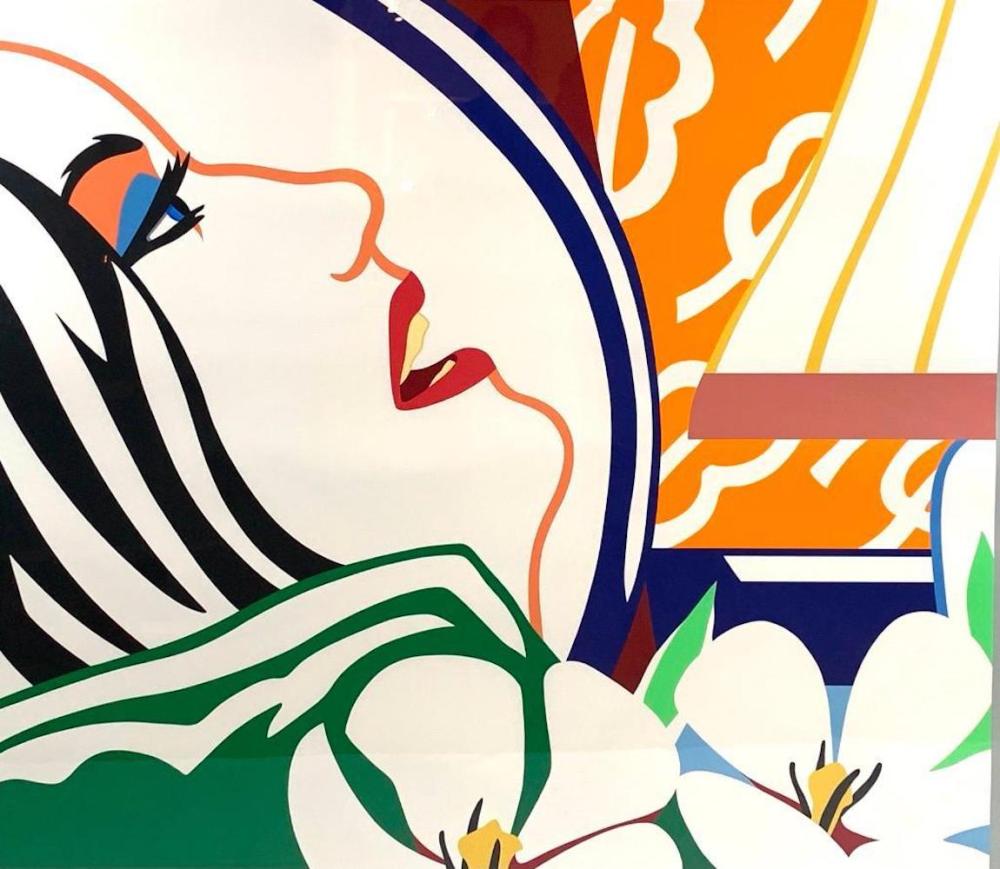 A pair of face-related lots each posted a selling price of $12,300. One was a 1987 screenprint in colors by Tom Wesselmann (American, 1931-2004), titled Bedroom Face with Orange Wallpaper and signed, dated and numbered. The other was a double-handled face flask by R. W. Martin and Brothers (British, 1873-1914), made in 1901 and depicting a grinning character face. The obverse was inscribed with a poem regarding a potter. 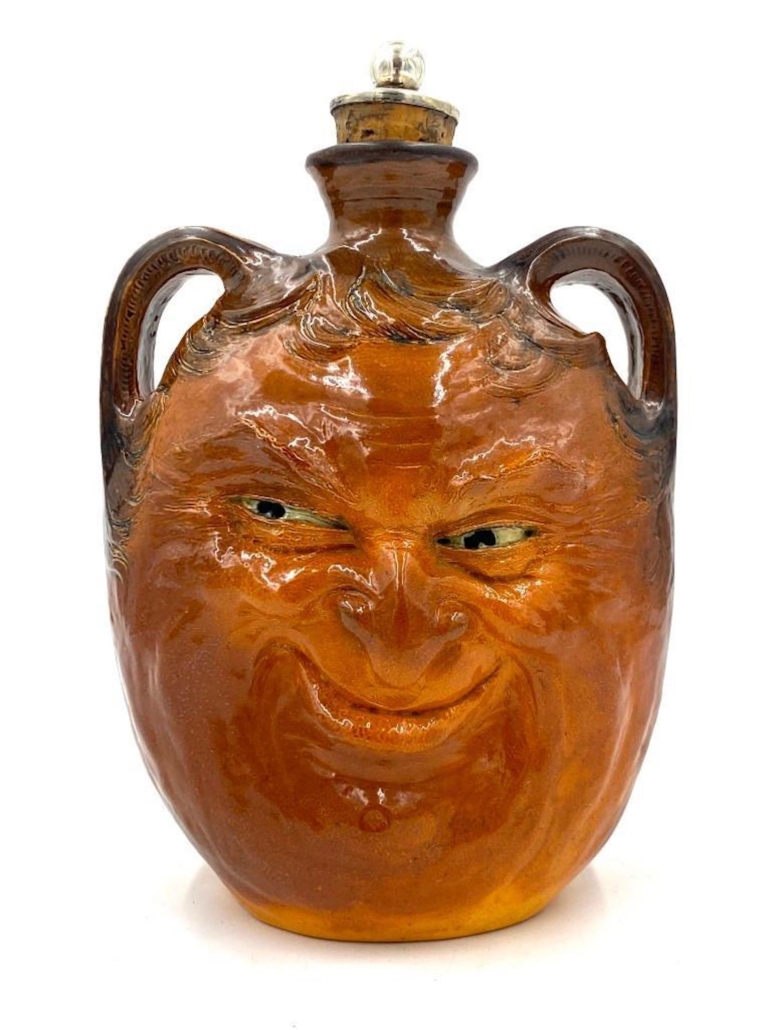 One of the more visually dazzling items in the sale was an Albany of England porcelain, bronze and enamel peacock on a stand, the bronze bird brightly glazed in turquoise, cobalt blue and lime green, and the tail spread with fully articulated feathers. It realized $5,842. 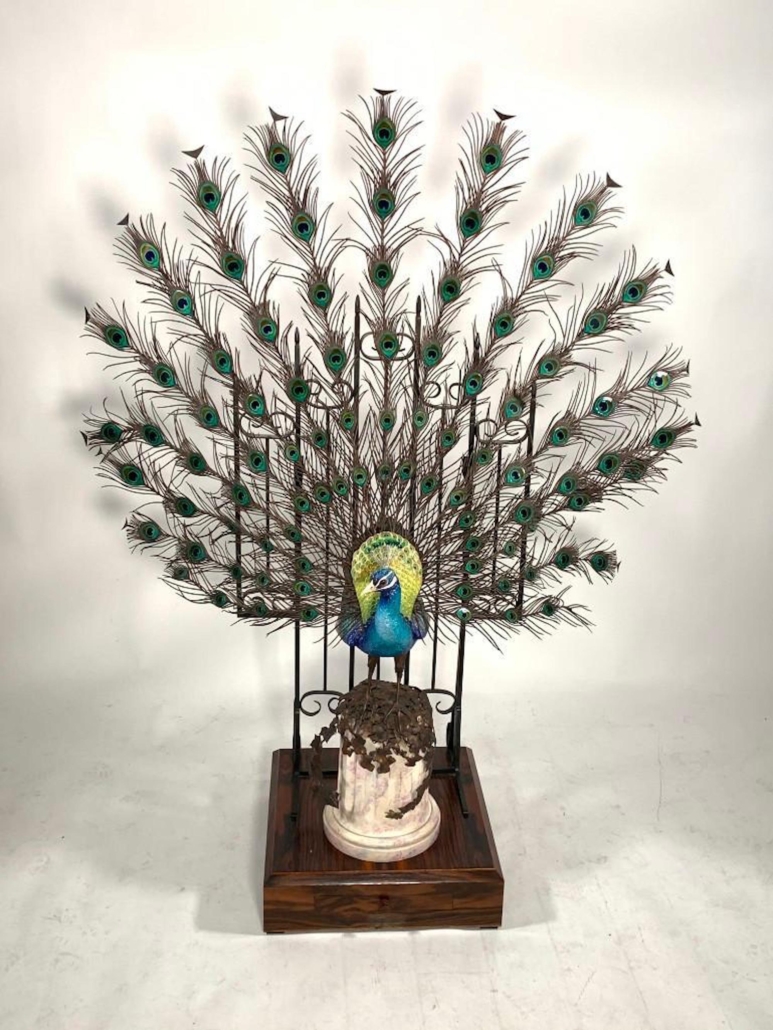 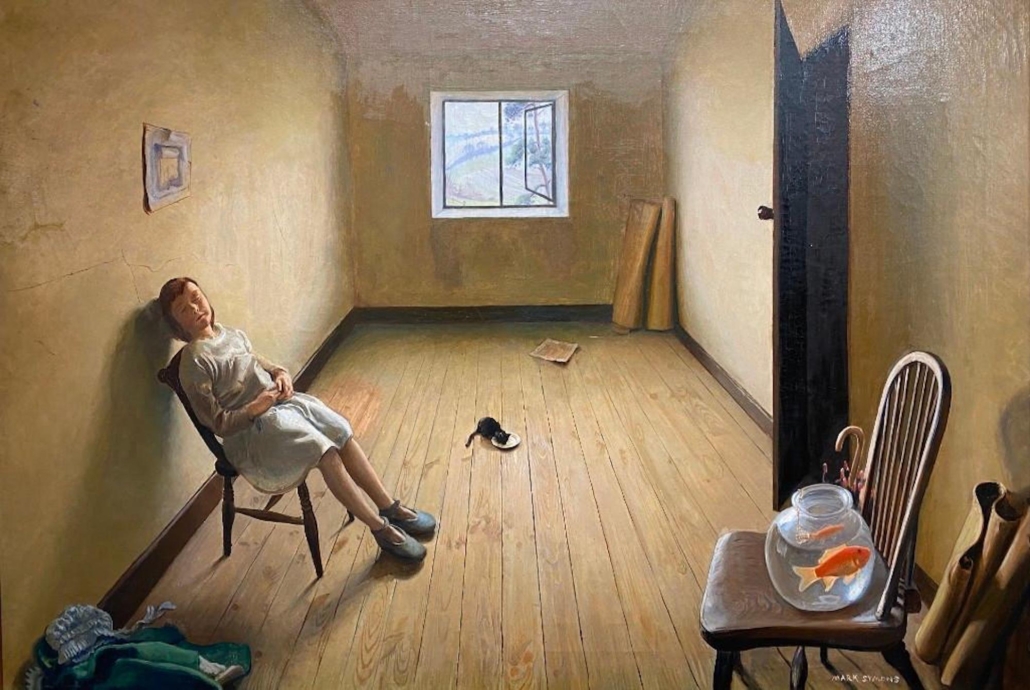 Artworks by the renowned Puerto Rican artist Angel Botello (1913-1986) featured a linocut on Japanese paper depicting Anne Frank, which achieved $5,228; and a 1951 linocut titled Two Figures at the Beach, which realized $4,305. 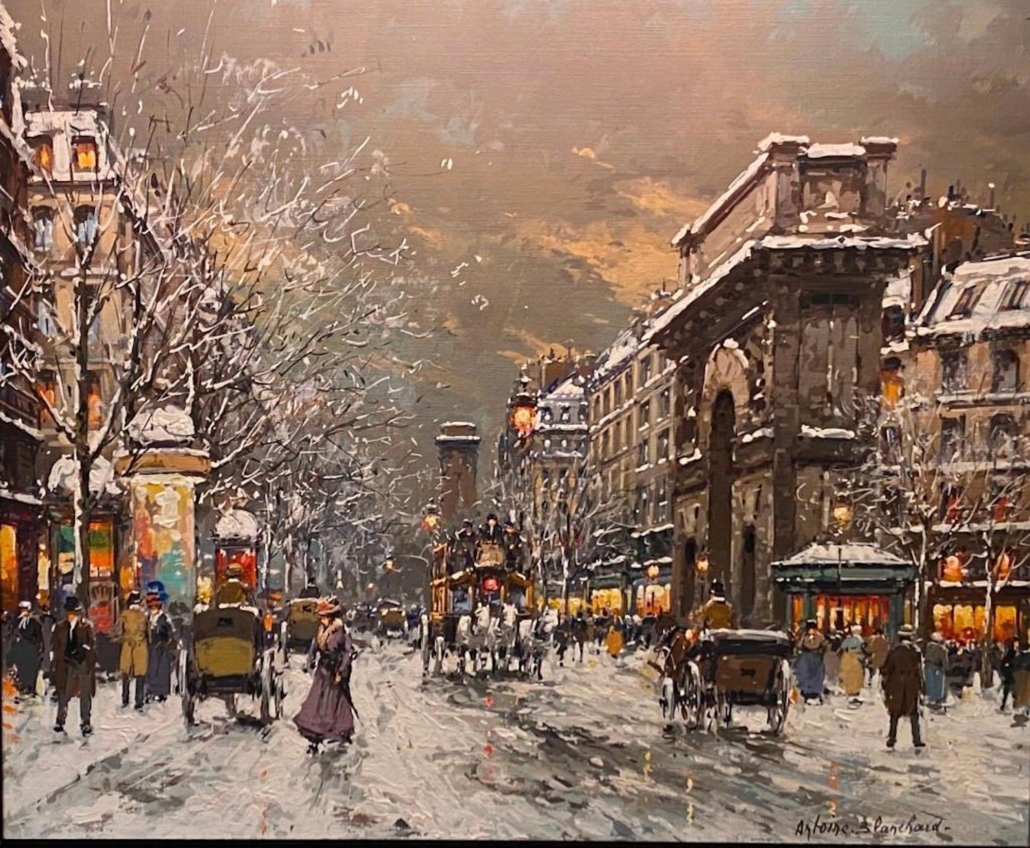 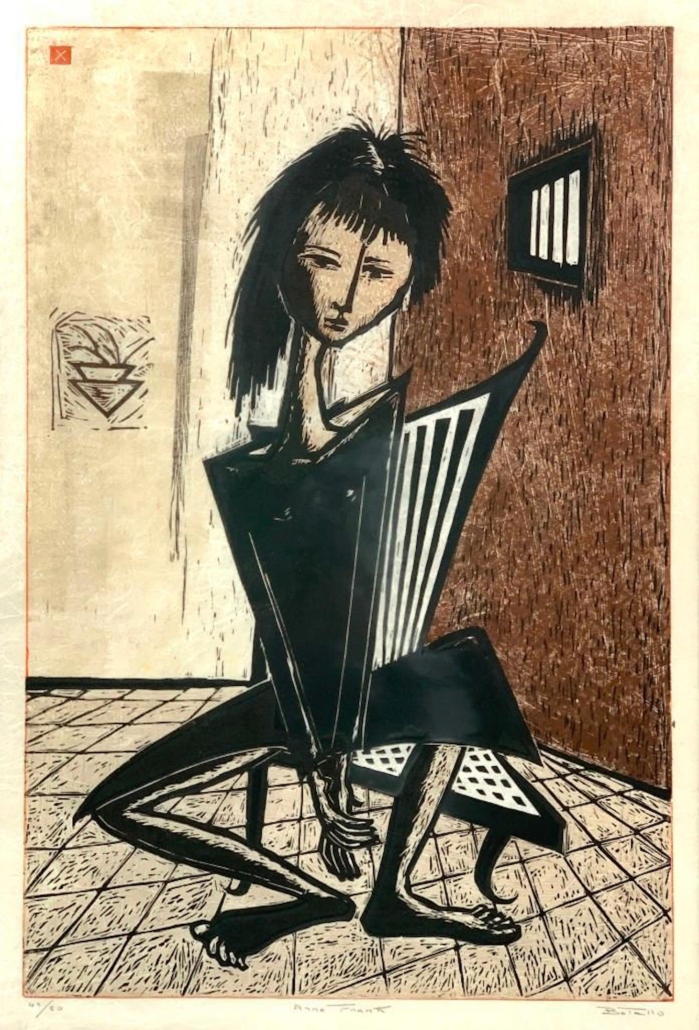 World-famous artists appeared in the auction lineup. An aquatint by Pablo Picasso (Spanish, 1881-1973), signed in pencil and titled Painter and Model Leaning on her Elbow, went for $6,765; and a lithograph on paper by Norman Rockwell (American, 1984-1978), titled Boy with Two Dogs (Raleigh Rockwell Travels), after the 1929 original, hit $3,690. 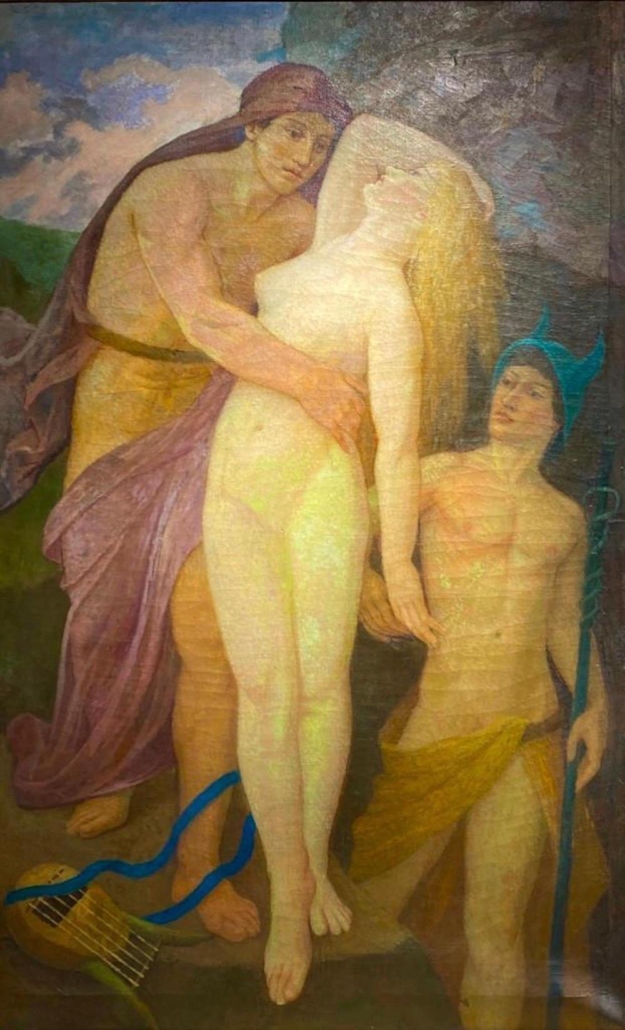 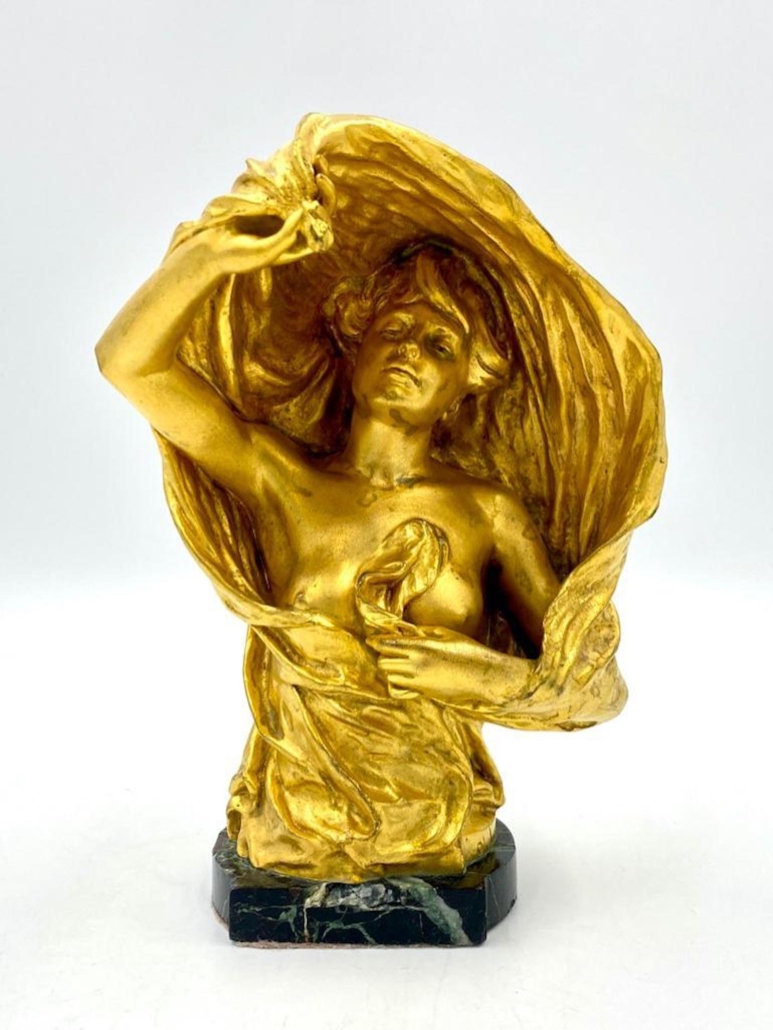 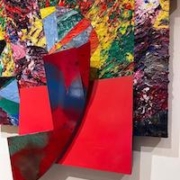 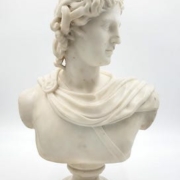 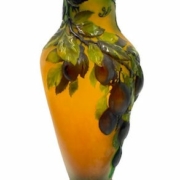 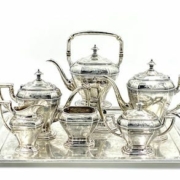 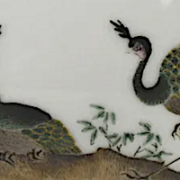 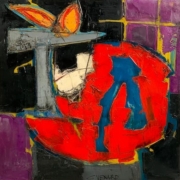 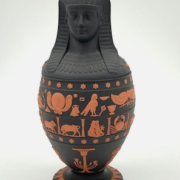 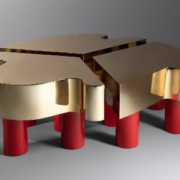 Rubens’ Portrait of a Lady to be auctioned in Warsaw, March 17
Scroll to top