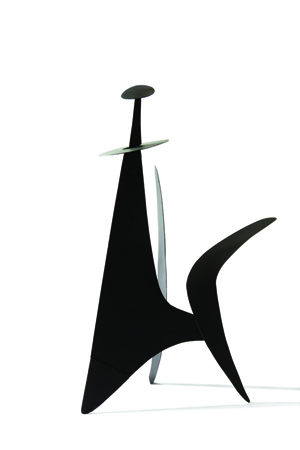 CHICAGO – Leslie Hindman Auctioneers’ Fine Art auctions Sept. 24-26 were a success, with international competition from hundreds of bidders in the salesroom, on the telephones and via the Internet. The auction featured important modern sculpture, contemporary works on paper and a strong session of paintings.

A highlight of the sale was an Alexander Calder stabile titled Le Champignon, 1956, which sold for $452,500. This strikingly simple matte black example of Calder’s minimal sculpture boasts a strong silhouette, as well as contrasts the movement and primary colors more commonly seen in the artist’s work. Three gouaches also by Alexander Calder achieved strong prices. Patches, 1969, sold for $82,900. An untitled 1953 work representing an early use of sun imagery by the artist sold for $80,500 and another untitled work with vibrant full-sheet paint coverage from 1968 sold for $74,500.

Highlights of the fine prints auction include Roy Lichtenstein’s Road Before the Forest, which realized $31,250, as well as Joan Miró’s La femme des sables, which brought $23,750. Among several lively and colorful works of Marc Chagall a color lithograph titled Circus Jester sold for $42,500. The sale culminated with a rare group of Venetian etchings by James Abbot McNeil Whistler; Upright Venice and Two Doorways brought $19,000 each.

Leslie Hindman Auctioneers’ American and European art sale continued to realize strong prices for both domestic and international artists. Among these works was Dorothea Sharpe’s Cliff Path, which realized $62,500. A still life of flowers by Bernard Buffet also achieved a strong record at sale, selling for more than twice the high estimate at $45,000. 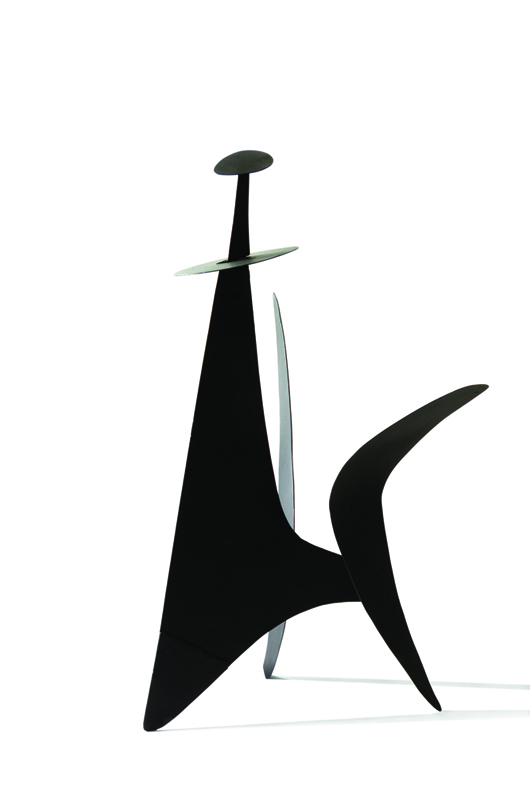 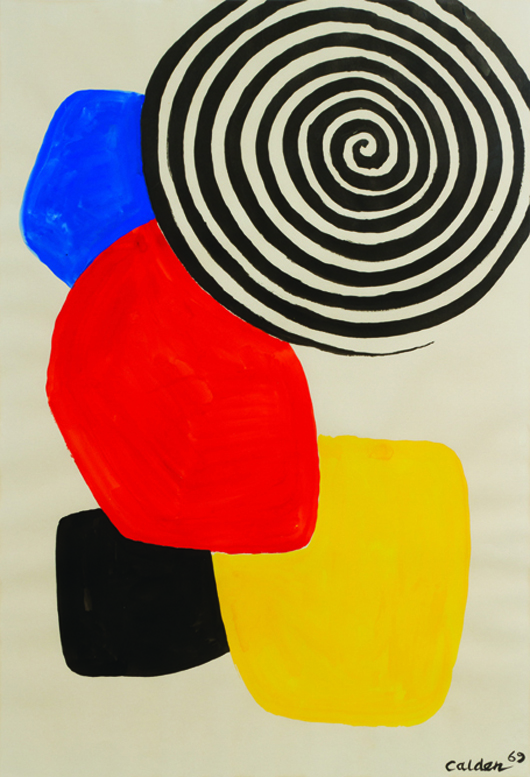 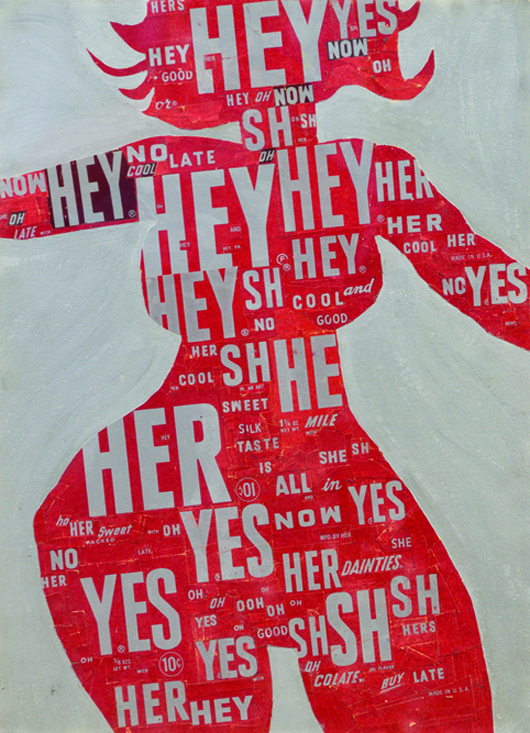 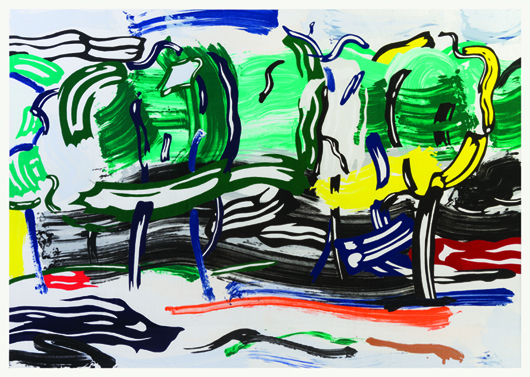 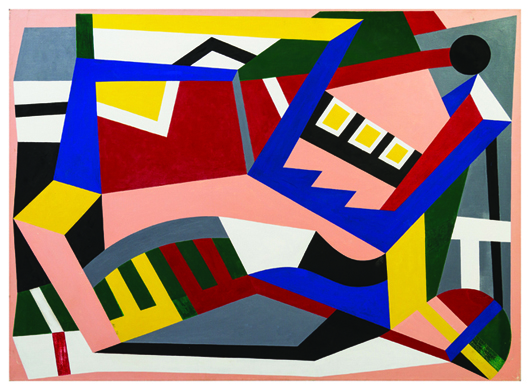