This 1864 Lincoln and Johnson campaign banner sold for $106,2590, breaking an auction record for a Lincoln portrait flag that had stood for eight years. Heritage Auctions image

DALLAS – A rare and unusual political banner, created in 1864 to kick off Abraham Lincoln’s presidential re-election campaign, steamrolled its $40,000 opening bid to sell for $106,250 in Heritage Auctions’ Americana & Political auction May 18.

The auction was carried to over $1.1 million on the shoulders of an important group of trade store figures, including four cigar store Indians, and a collection of items relating to President John F. Kennedy and his family.

“This was by far one of our most diverse auctions in recent memory,” said Tom Slater, director of Americana Auctions at Heritage. “The Lincoln banner is truly one of a kind and now holds the price record for a Lincoln portrait flag at auction.”

“Portrait flag banners from 1864 are far rarer than those with just names and slogans,” Slater noted, “with perhaps only a half dozen 1864 examples known to exist.” The unique 18-1/5-inch by 9-inch flag offered by Heritage featured the bold slogan “Lincoln and Johnson / Liberty and Union” beside a portrait of a bearded Lincoln. 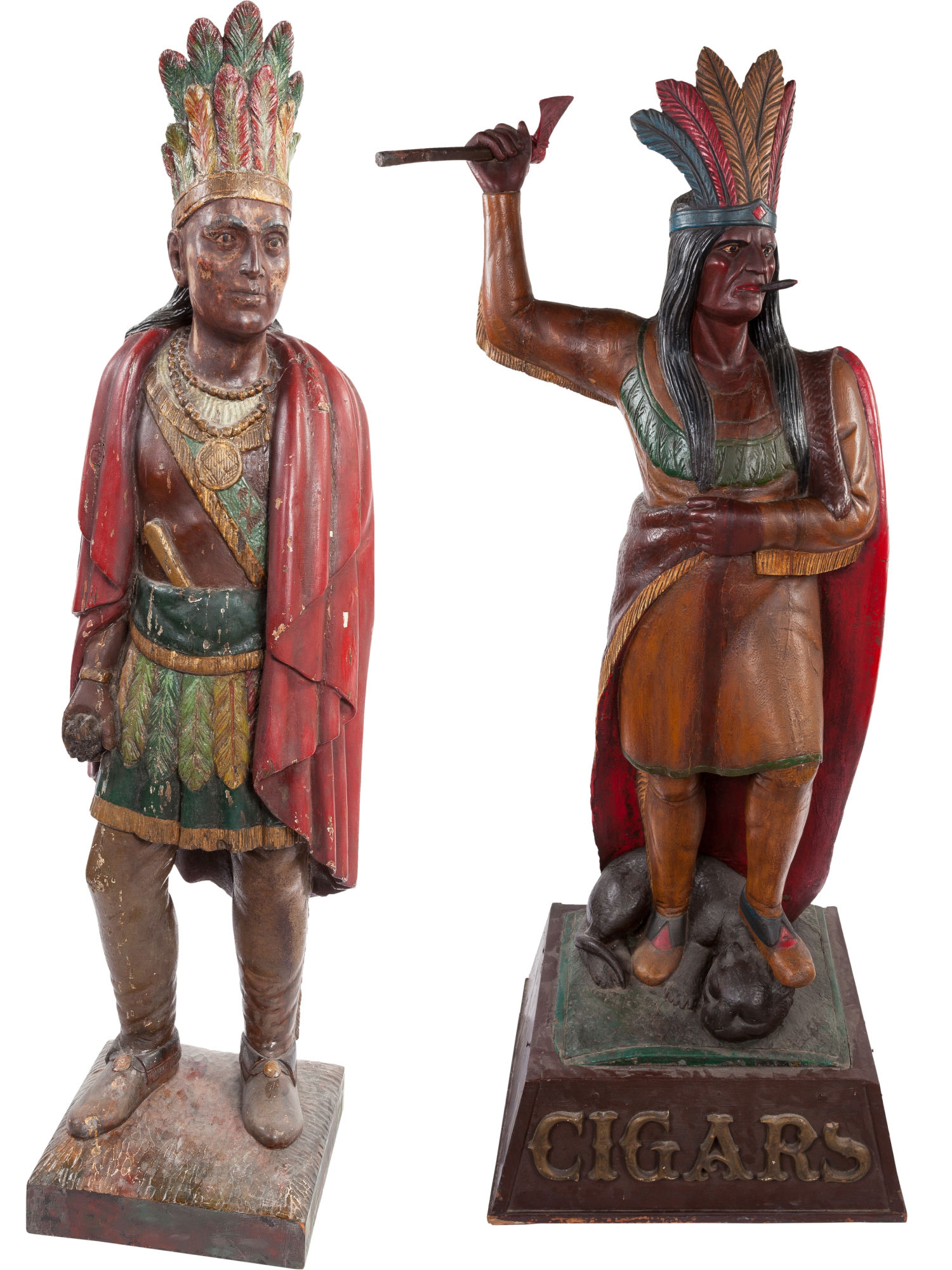 A diverse group of tobacconist trade figures sold for a combined $161,250, led by a 75-inch-tall Indian chief (left) in the style of Julius Melchers, which sold for $45,000. An impressive smoking Indian holding a tomahawk sold for $42,500.
Heritage Auctions image 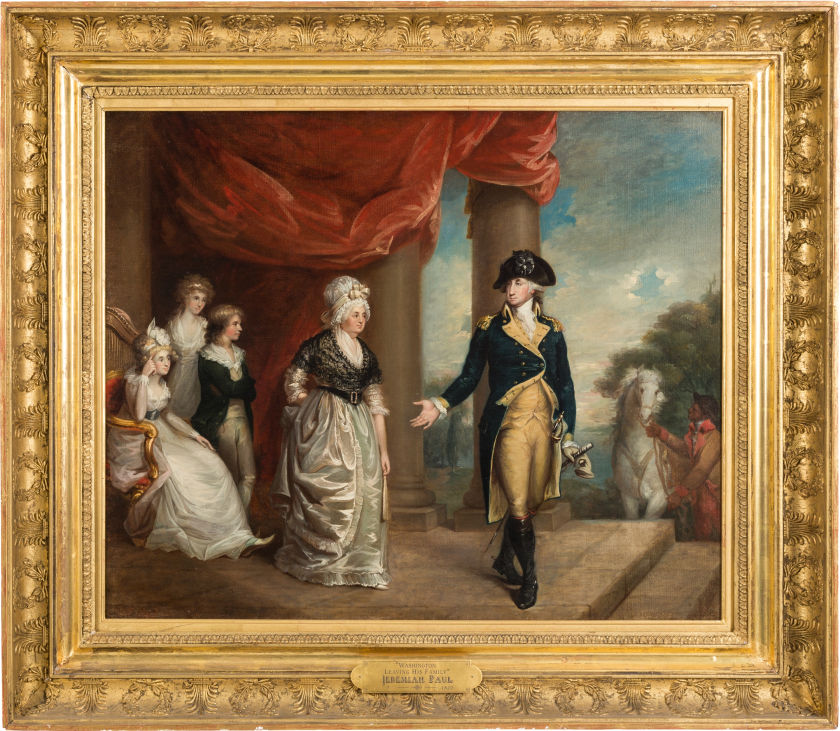 An important painting of President George Washington, bidding farewell to his family to assume command of the Army during a tense 1798 standoff with France, sold for $47,500. This important painting was completed by Jeremiah Paul, an itinerate painter who received training from Charles Wilson Peale, Rembrandt Peale and Gilbert Stuart. Heritage Auctions image 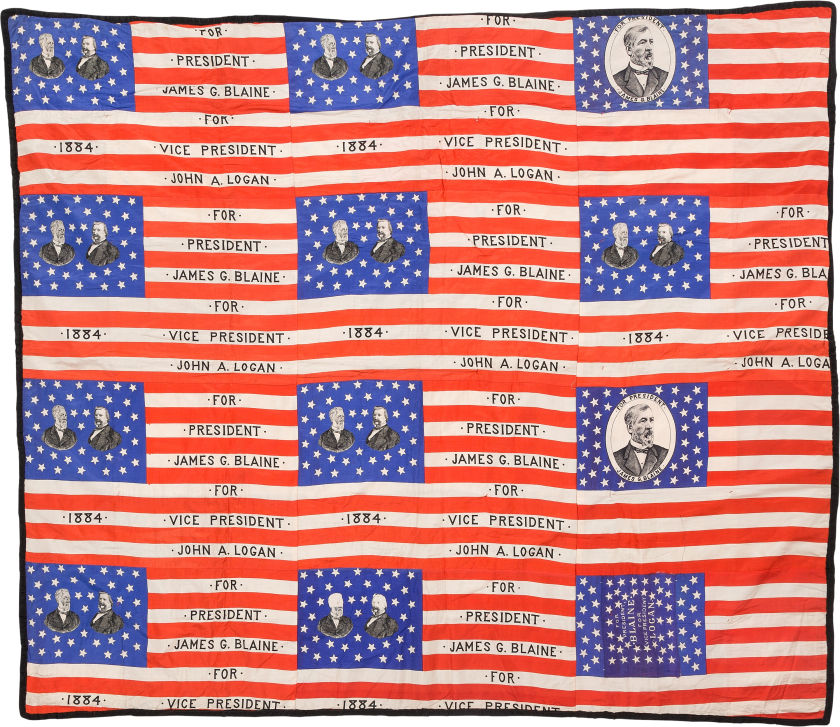