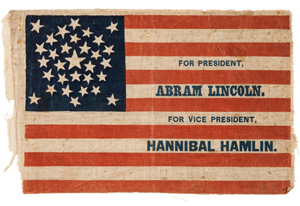 “The auction was a rousing success with just three lots left unsold,” said Tom Slater, director of Americana at Heritage Auctions. “The material was particularly strong for this auction, which is a testament to the political collecting hobby and the motivated membership of the APIC.”

The APIC is a nonprofit membership organization, dedicated to promoting the collecting, preservation and study of materials relating to political campaigns and the U.S. presidency.

“The [auction] attendance was very impressive,” said Ron Puechner, co-chair of the Denver convention and newly elected APIC President. “The selection and quality of items was amazing, but since we agreed to do the single session with the limited number of items, it did not negatively affect the buying on the convention floor or in the members’ auction. I think this would be a good template for future conventions.”

Among the auction’s highlights, a possibly unique variant of a sought-after Coolidge and Dawes 6-inch jugate surprised bidders as it sold for $12,188, more than three times its preauction estimate. Possibly a manufacturer’s test piece or even a salesman’s sample, the pinback’s portraits are in blue rather than the customary black and white.

A rare “hopeful” pinback button designed to encourage American industrialist Henry Ford to run for president sold for $7,812. The circa 1920s pinback sparked a bidding war among three collectors who quickly surpassed the rarity’s $1,500 estimate.

A New Deal button depicting the GOP elephant crushing the Democratic donkey, issued in support of Republican Alf Landon in his campaign against Franklin Delano Roosevelt’s second re-election effort, hammered for $6,875. A rare and colorful 1912 jugate celluloid – one of just a handful known to exist to feature photographs of both Teddy Roosevelt and Hiram Johnson – sold for $4,687. 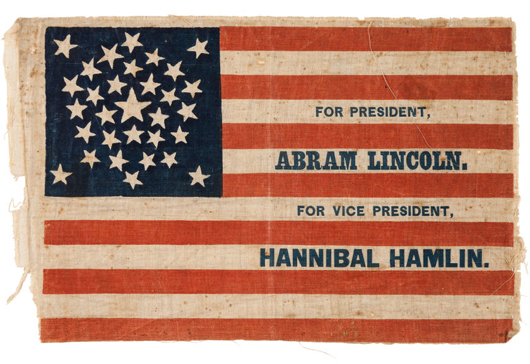 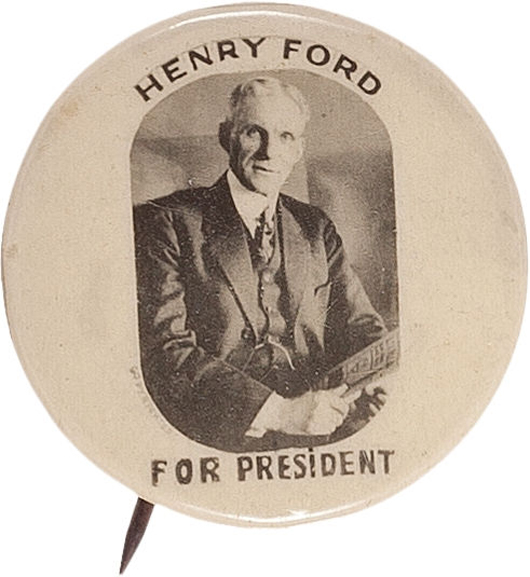 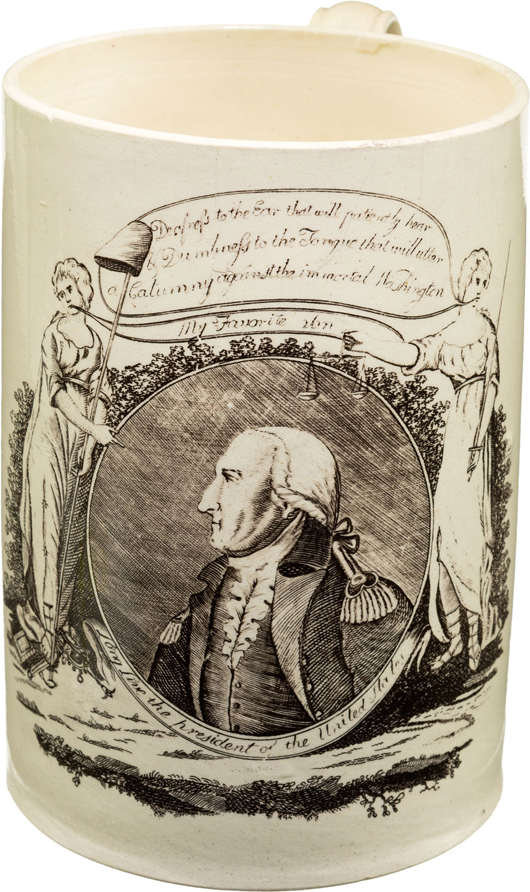