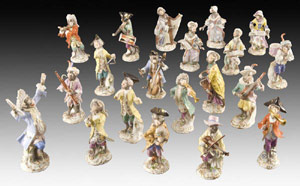 DALLAS – Lily Pons, principal soprano at the Metropolitan Opera for 30 years, was back in the spotlight Jan. 14 as Dallas Auction Gallery sold a whimsical yet important item from her estate. A 20-piece Meissen porcelain monkey band hit one of the many high notes of the auction when the ensemble sold for $20,315, including the buyer’s premium.

A local collector had acquired the band from Pons’ Dallas estate in 1975. “There was restoration to some of the figures but overall the condition was outstanding,” said Lauren Shuford, marketing manager at Dallas Auction Gallery.

The tallest of the figures was 7 1/2 inches. A conductor and four songstresses were included with the musicians, which dated to the 19th or early 20th century.

Another Meissen porcelain figure from the late 19th century exceeded its high estimate at the auction. Count Von Bruhl’s comical tailor figure astride a shaggy goat sold for $14,340.

“We’ve had several of those sell in recent auctions, but this one was exceptionally large,” said Shuford. The porcelain figure measured 17 inches high by 17 inches long. Some restoration was noted.

Another Meissen version of the traveling tailor and his goat, this figure only 9 inches high, made $2,510.

A unique item was a Chinese carved burl mountain measuring 41 inches high and 43 inches wide. The early 20th-century carving depicted 18 lohan, or saints, on a mountainous landscape and was raised on a rosewood stand. It climbed to $11,950.

“There were 10 men from Mainland China here … and that piece is going to China.” said Shuford, adding that Dallas Auction Gallery has been getting strong prices for Asian art recently.

Also selling for $8,963 was a Chinese Qing Dynasty gilt bronze god of prosperity. The finely cast bronze depicted a warrior seated on the back of a lion. On a lotus stand, it measured 11 inches high by 11 3/4 inches wide and 7 1/2 inches deep. It dated to the 17th-18th century.

Topping the paintings at the auction was an oil on canvas by Alfred De Breanski (British, 1852-1928), which sold for $10,755, more than three times the high estimate. The landscape depicted Lock Tay in Scotland and framed it measured 15 1/2 inches high by 19 1/2 inches wide.

“It was a nice representation of the artist and 19th-century British painting,” said Shuford, noting that Dallas Auction Gallery also sold a larger painting by the artist’s son. 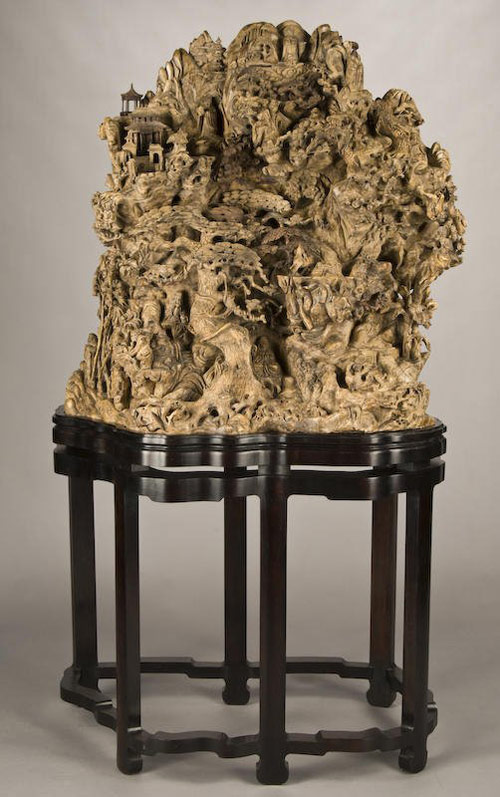 A master carver created this mountain out of a large piece of burl. The unique work sold for $8,963. Image courtesy Dallas Auction Gallery and LiveAuctioneers.com Archive. 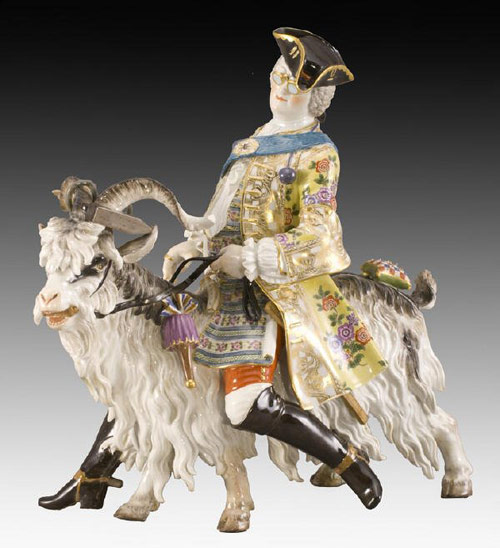 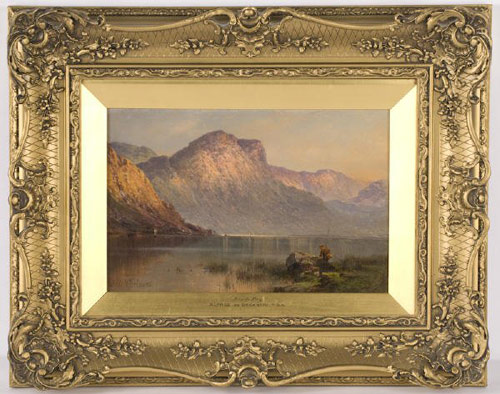 The beauty of Scotland’s Loch Tay is captured in this painting by Alfred De Breanski, which made $10,755. Image courtesy Dallas Auction Gallery and LiveAuctioneers.com Archive. 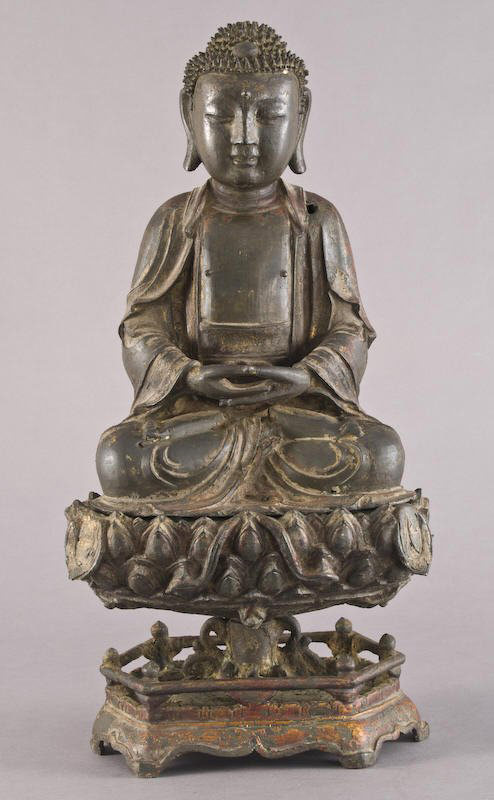 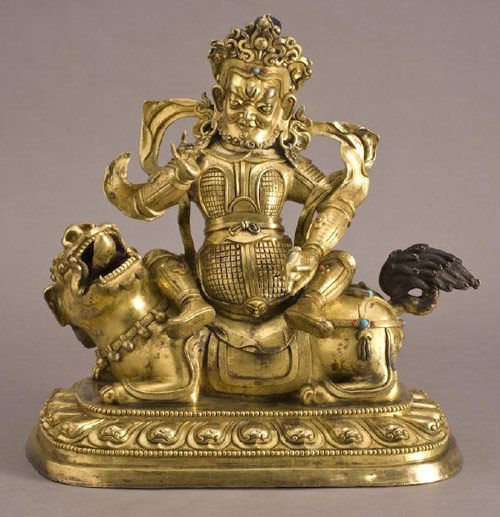