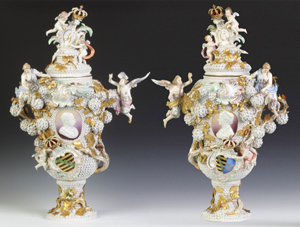 The top lot of the auction was this spectacular pair of antique Meissen armorial covered urns, which sold for $201,250. Cottone Auctions image.

GENESEO, N.Y. – A spectacular pair of antique Meissen armorial covered urns sailed past their high estimate of $15,000 to gavel for $201,250 at a Fall Fine Art & Antiques Auction held Oct. 4-5 by Cottone Auctions. The urns were the top lot in an auction that grossed $2.2 million.

No doubt driving up the final price was the fact that the Meissen pieces were made to commemorate a member of the Saxon royal house, with a portrait and coat of arms that probably represented Carola von Vasa (1833-1907), the Princess of Sweden and Queen of Saxony. She and her husband, King Albert (1828-1902), often gave Meissen objects as diplomatic presents.

Each urn stood 33 inches tall and was intricately decorated with figures, insects, flowers, cherubs, crowns and gold leaf. Only some minor loss and repairs prevented them from realizing even more. Meissen, enormously popular with collectors, was Europe’s first porcelain factory, founded in 1708. Costly to produce, Meissen was originally made solely for the very wealthy.

Around 200 people per day packed Cottone’s showroom, while another 3,000 or so registered to bid online.

Hundreds of absentee bids were also recorded. It was a successful auction, the most important event on Cottone’s busy fall calendar.

“Our strategy of sticking with fresh, quality merchandise, and offering it without reserve with conservative estimates, has been a winning formula for us,” said Matt Cottone of Cottone Auctions. “The bottom line is, it’s all about the merchandise, and we’ve been fortunate to have attracted some of the finest estates and collections in the area. This auction was a great example.”

Following are additional highlights from the auction. All prices quoted include a 15 percent buyer’s premium.

The Oct. 4 session was dedicated to sterling silver, Asian objects and fine estate jewelry. The top earners from the Asian category were a Chinese Kylin standing temple censer, cast bronze with cloisonné and gilt highlights, 15 inches tall, which sold for $50,600; a 19th century Chinese red lacquer cinnabar scroll case, $39,100; and a carved jade plaque with trees and foliage, $39,100.

A Frederick Carder clear and cobalt blue intarsia bowl from the Strong Museum, 5 3/4 inches in diameter and signed by Carder, sold for $8,050 to benefit the Strong’s collections fund. Frederick Carder (1863-1963) was a renowned British glassmaker who founded the Steuben Glassworks in New York in 1903. He served as the firm’s art director and designer for 50 years.

A 1954 Rolls-Royce Silver Wraith James Young Sports Saloon with six-cylinder engine and in excellent running condition, sped off for $48,300. The vehicle, with an all-aluminum body and just 39,000 miles on the odometer, came with pedigree and provenance. Its first owner was Wykeham Stanley, England’s Second Baron of Cornwallis. Other features of the black and silver car included right-hand drive, rear division window, a bar, tan interior and burl walnut trimwork.

A pair of mixed media works by the Brazilian artist Arthur Luiz Piza (b. 1928) went for $46,000 and $48,000. The artworks, framed and in original condition, were both signed lower right by Piza, who today lives and works in Paris, where he moved to in 1955. There, he became expert in the techniques of etching and aquatint. Later on he devoted himself to burin engraving.

Rounding out the auction’s top lots, a marble Roman torso from the second century, 20 inches high and pulled from the private collection of John Ritter, who bought it in the 1960s, garnered $86,250; and an early Delft charger with polychrome rooster decoration, 13 inches in diameter, attained $25,875.

Cottone Auctions is always seeking quality consignments for future sales. To consign an item, an estate or a collection, call 585-243-3100 or email info@cottoneauctions.com. 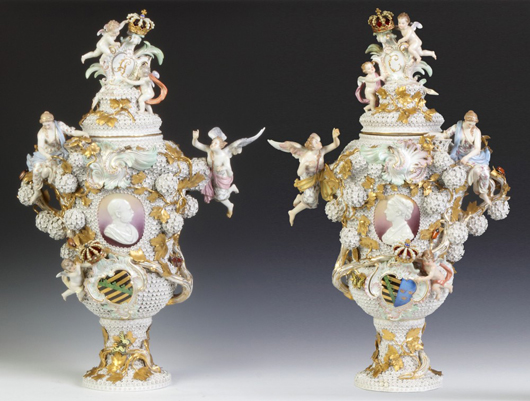 The top lot of the auction was this spectacular pair of antique Meissen armorial covered urns, which sold for $201,250. Cottone Auctions image. 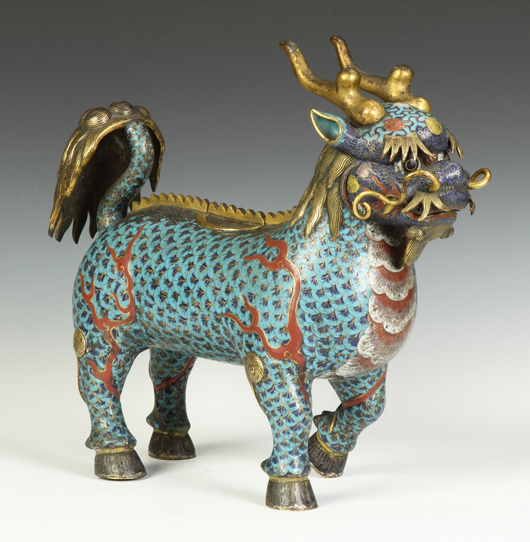 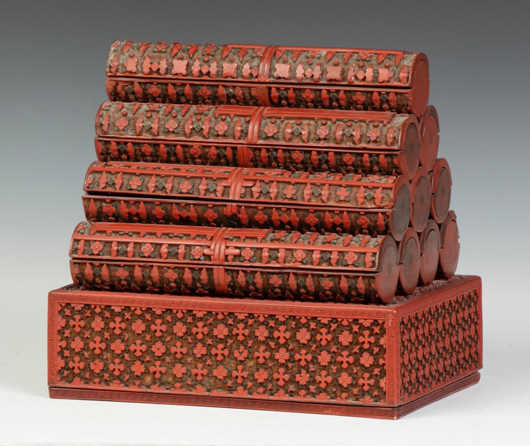 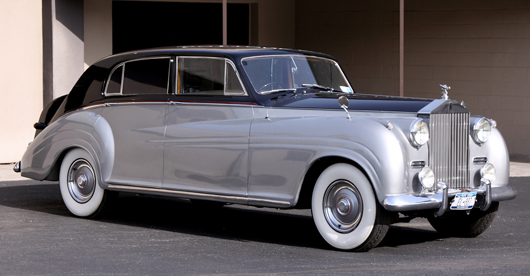 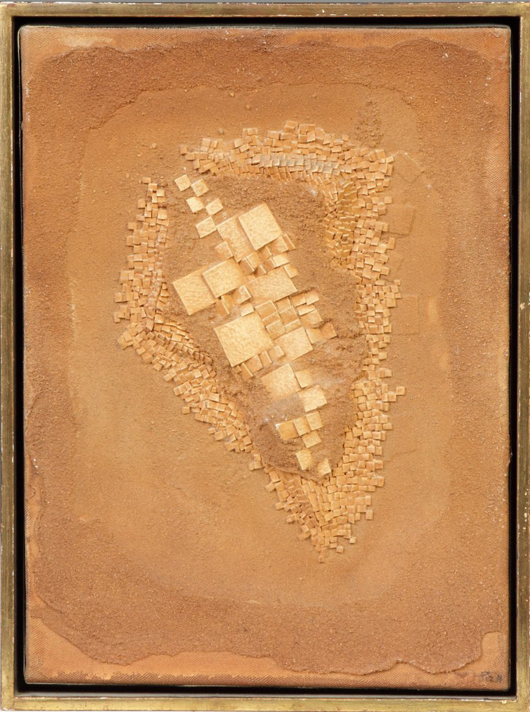 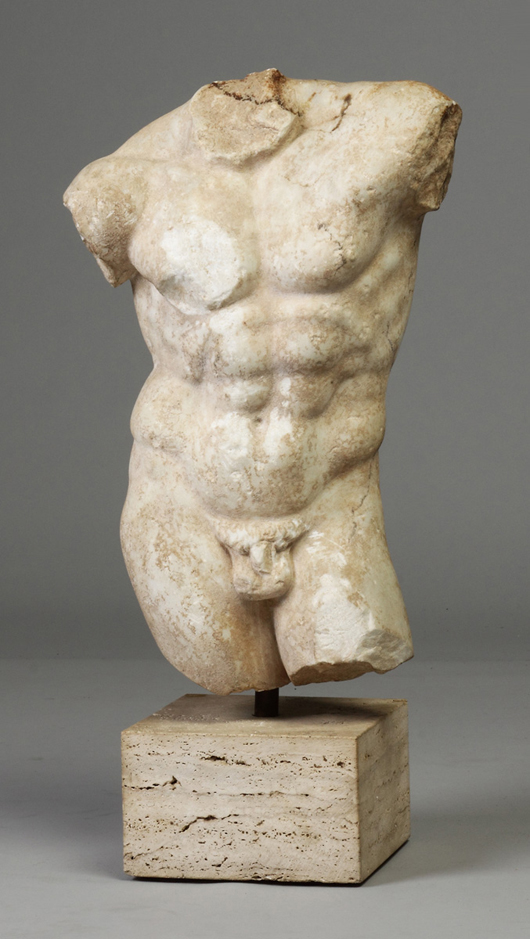 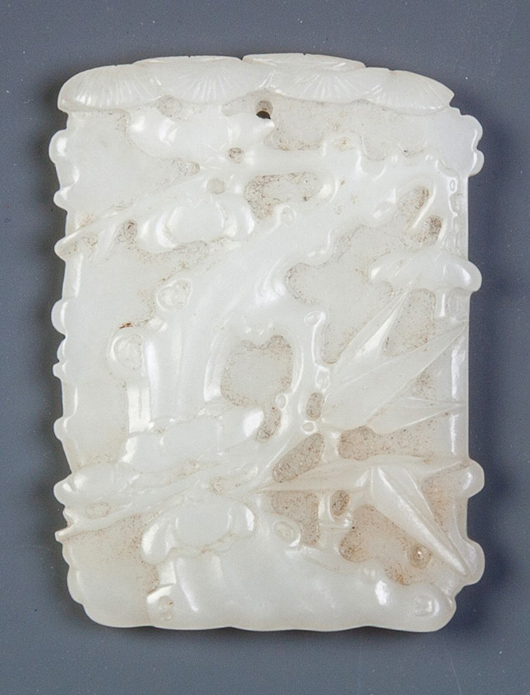