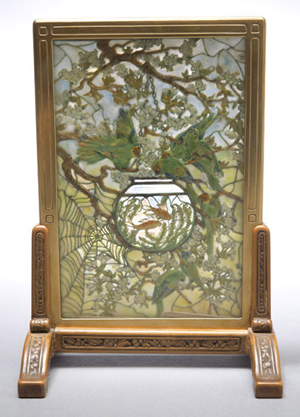 ALAMEDA, Calif. – What was billed as the grandest auction event in Michaan’s history proved to be just that, realizing over $4 million in sales in just under three hours. Anticipation for the “Treasures of Louis C. Tiffany from the Garden Museum, Japan Auction” had been building since August, as distinguished collectors from around the country learned of the event. Held on Saturday, Nov. 17, with Internet live bidding through LiveAuctioneers.com, the auction was composed of some of the finest works ever created by Tiffany Studios. Michaan’s confirmed the event was their highest-grossing auction to date.

Private collectors as well as representatives from renowned American institutions flew in to attend the auction live. International interest was largely represented online and via phone bids, with 16 people fielding calls. Interest for exceptional Tiffany items has remained strong in all markets, as was seen across the board in the various artworks available in the sale. The top lot of the day was an ornamental tea screen with parakeet and goldfish bowl theme. The piece features an opaque and plique-à-jour enamel screen of finely detailed workmanship, held by an 18-karat gold frame. Bidding came down to a floor and phone bidder, with the floor bidder securing the screen for $324,500.

An undeniable force of the auction was found in the selection of flower-form vases. One such vase was  lot 90, with a final selling price of $236,000. The piece of remarkable form features a broad undulating mouth as well as fine vein work. Two additional flower-form vases, lots 94 and 110, selling for twice their high estimates at $64,900 and $38,350 respectively.

Rounding out the top figures of the day was an Alamander chandelier adorned with abundant lemon yellow blooms against a background of mottled confetti glass. Entered as lot 23, it made $212,400. A magnificent window depicting a flowering magnolia tree in a serene landscape at sunset, lot 93, reached $177,000.

Michaan’s owner, Allen Michaan, was the driving force in bringing the museum collection pieces to the United States. His passion for Tiffany glassworks made the auction a personal labor of love.

“It has been an honor to have these masterworks grace our venue. Every step of the process has been an amazing journey, unfolding into the largest grossing auction we have ever conducted. I am also quite proud of the massive auction catalog we produced, which will become an important reference work for years to come,” Michaan said. 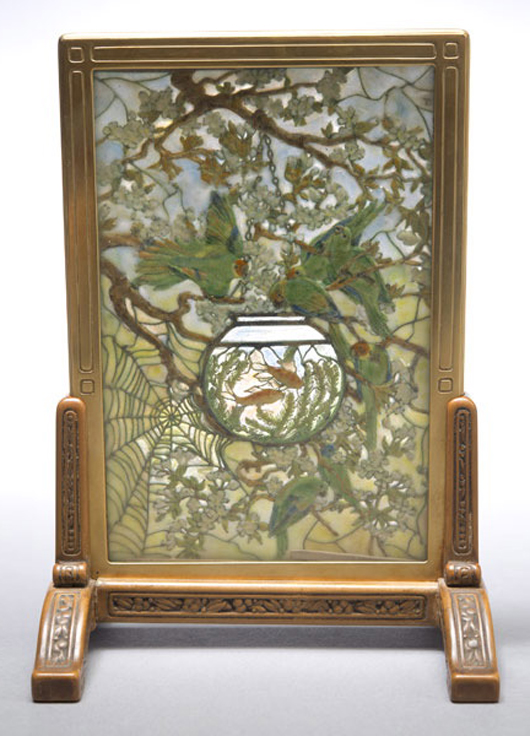 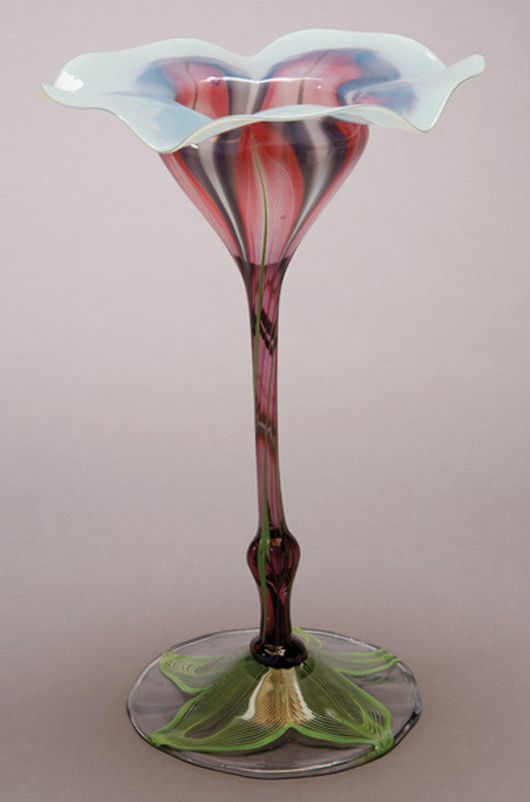 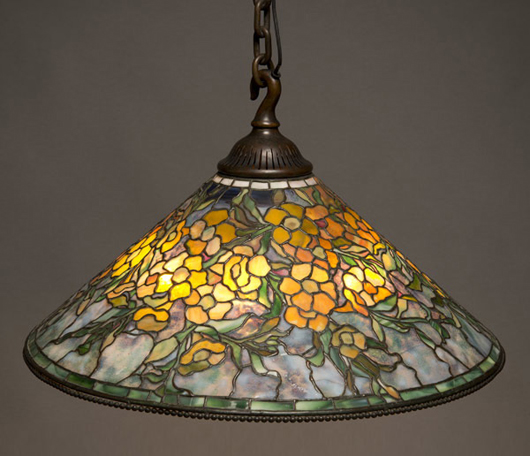 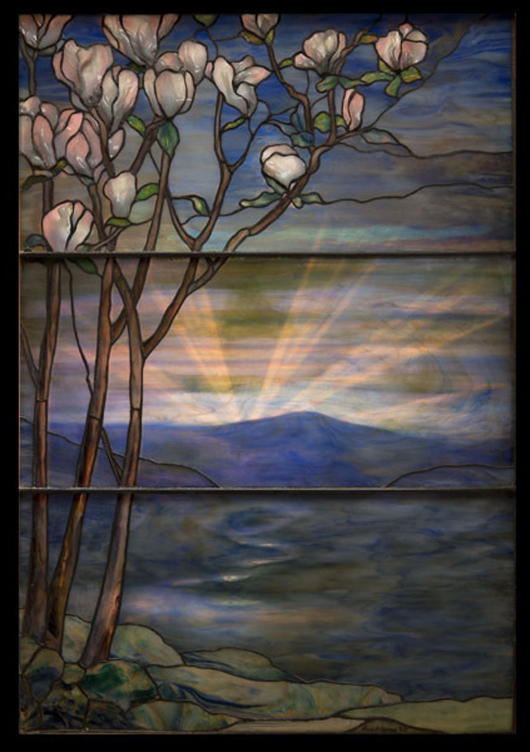 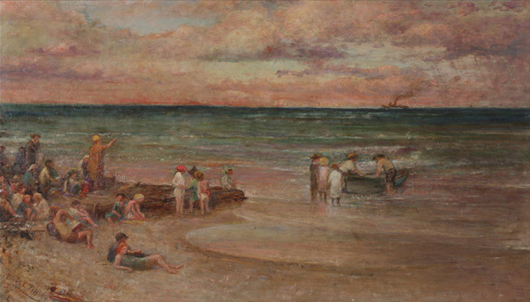 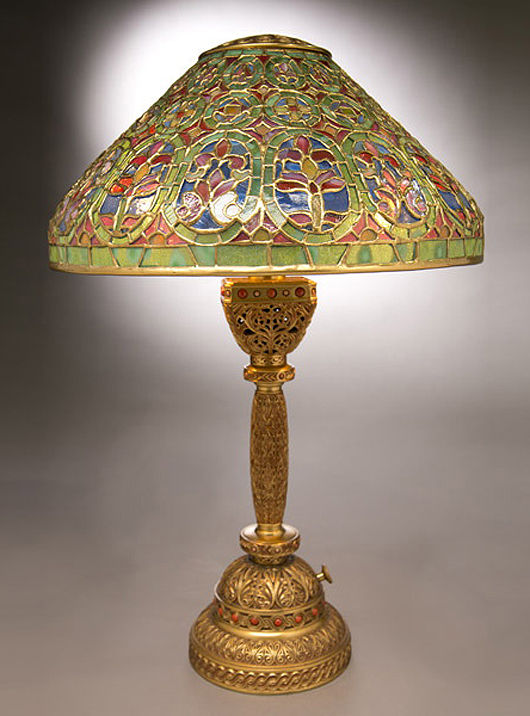 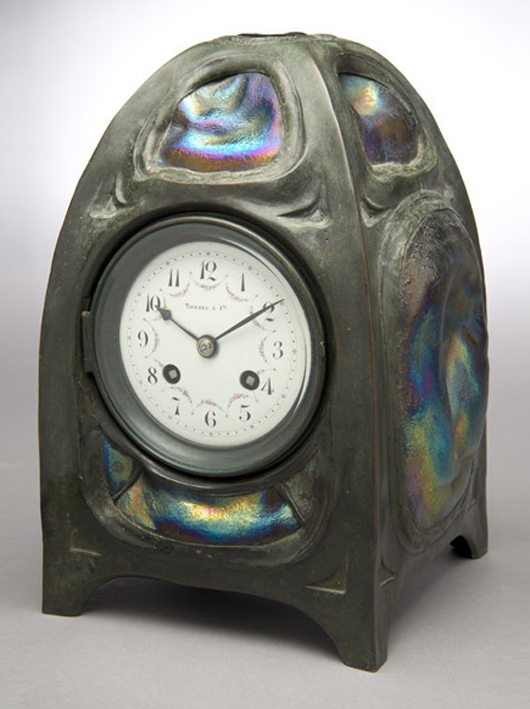