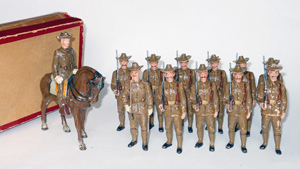 PITTSBURGH – Battle lines were drawn in the sand long before Old Toy Soldier Auctions conducted its June 2-3 sale featuring the collections of Bob Bailey and the late K. Warren Mitchell. “Absentee bidding was brisk,” said OTSA’s owner, Ray Haradin, describing bidder interest in the run-up to the 1,247-lot sale. “There were 117 absentee bidders. Add to that, 14 phone bidders and another 220 people online through LiveAuctioneers and we had all the makings for a very exciting event.” The sale realized $385,000 (inclusive of 20% buyer’s premium) and resulted in “a lot of very happy buyers,” Haradin said.

The auction offerings were led by a strong mix of early Britains acquired by Bob Bailey in the 1970s during his world travels as a Pan Am flight attendant, as well as rare soldiers from the revered Warren Mitchell collection. A respected veteran dealer and collector, Mitchell’s influence can be seen in many of today’s top collections. “I know many people in the hobby who bought their very first set of soldiers from Warren. His reputation created a high level of anticipation leading up to the sale,” Haradin said.

Britains military figures performed extremely well during the Saturday session of the Internet, absentee and phone auction, which was devoted primarily to pre-1970 productions. An excellent Britains display set #1905 titled “Officers and Men of the U.S. Army Air Corps” contained 16 uniformed figures, all still tied in place inside their original box. Produced in 1940/41, the set estimated at $2,000-$3,000 marched to a winning bid of $5,860, making it the top lot of the sale.

Another very rare military set, a Pfeiffer 12-piece representation of a US mounted officer and 11 infantrymen, was presented with its original box and entered in the sale with an $1,800-$2,200 estimate. “This was probably the most sought-after item in the sale,” Haradin observed. Made of composition in 90mm size, the soldiers stood at attention as a new owner claimed them for $4,920.

Postwar Britains made a strong impression, as well, especially the US Civil War display set #2070 with original box. Comprising 30 pieces, the selection played no favorites, with an equal selection of Union and Confederate cavalry, infantry and artillery figures. It sold for $2,340, nearly twice its high estimate.

Three veteran collectors locked horns over the eight highly desirable Britains Historical Series sets that came from the Bailey collection. Britains produced the non-cataloged 11-set sampler series in 1940/41 exclusively for the New York department store FAO Schwarz. “They’re so hard to come by that collectors who wanted to fill in the blanks in their collection bid very aggressively on the sets they were missing. They knew it might be a very long time before they had another opportunity like this one,” said Haradin. An example of set #1870 streaked past its $2,500-$3,500 estimate to settle at $5,040.

The opening session also featured Courtenay medieval knights, with lot 206, a rare Z16 Sieur de Crevecoeur, more than doubling its high estimate at $1,560. An English Timpo Ivanhoe set earned $3,930; while an example of the always-in-demand Cherilea Baseball set scored $4,440 against a $1,500-$2,000 estimate. Another collector favorite, a Johillco Cowboy Town set with 18-inch-wide foldout Old West town façade and both cowboy and cowgirl figures, was not going to ride off into the sunset without a fight. Determined bidders pushed it to $4,080, more than three times the high estimate.

Traditionally, OTSA allocates the Sunday session to post-1970 figures. “This is the session that newer collectors gravitate toward, because they know there will be many very nice figures they can buy affordably to create a quality base for their collection. The average lot price for the June 3rd session was $140. Just about anyone can get into the hobby at that level,” said Haradin.

Mignot and Trophy figures were consistently popular with bidders, but the highlight of the day was an impressive and colorful 35-piece Indian Camel Corps set manufactured by Walt Dineen. It garnered an above-estimate price of $660.

Ray Haradin is planning a big three-day extravaganza for OTSA followers over the weekend of Nov. 16-18. The auction will feature the Arthur Puglisi collection of early Britains, German-made Heyde soldiers and non-Britains productions; as well as a large, diverse selection of pre- and post-1970 soldiers from a host of other consignors. 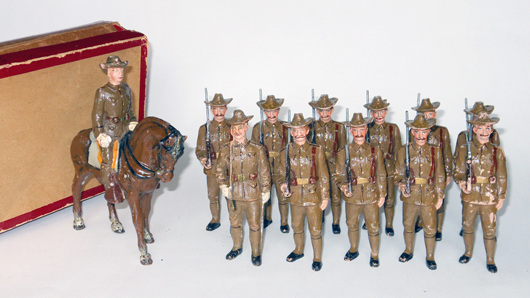 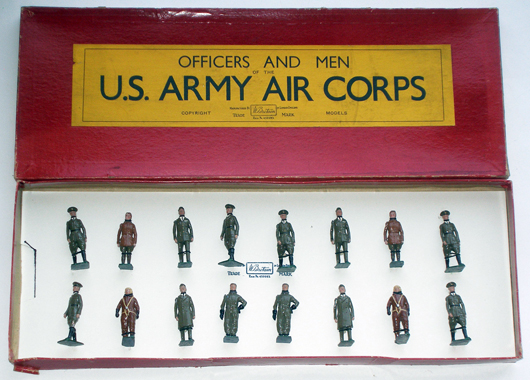 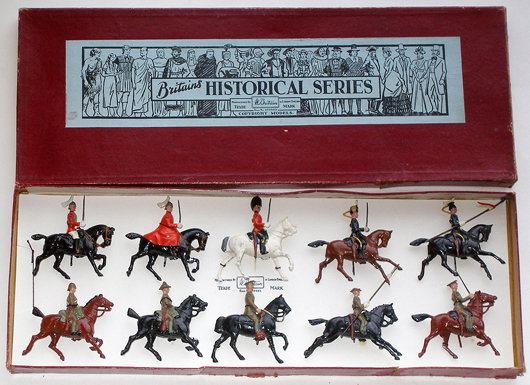 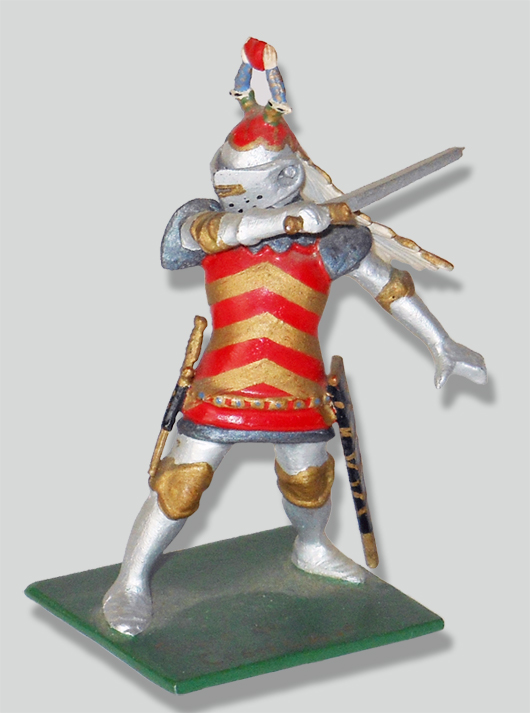 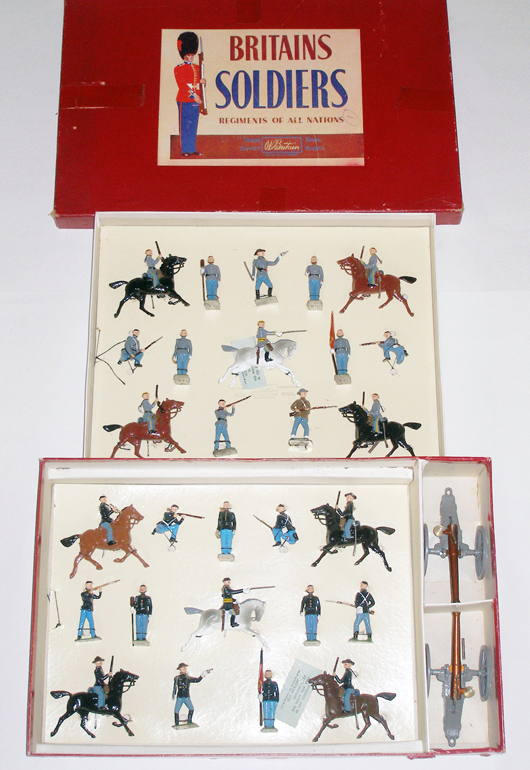 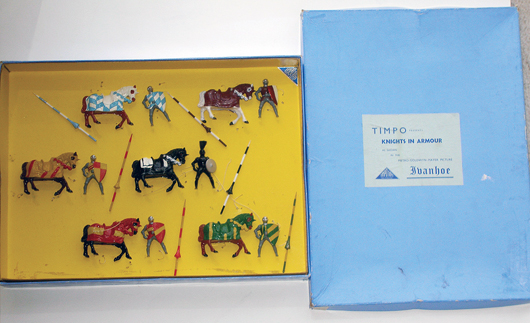 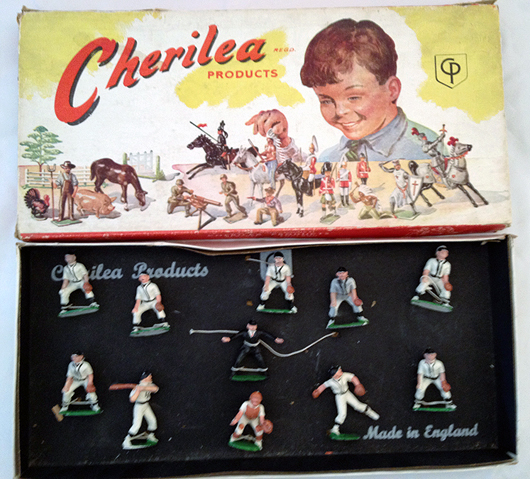 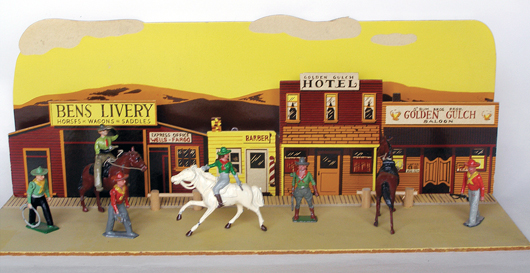 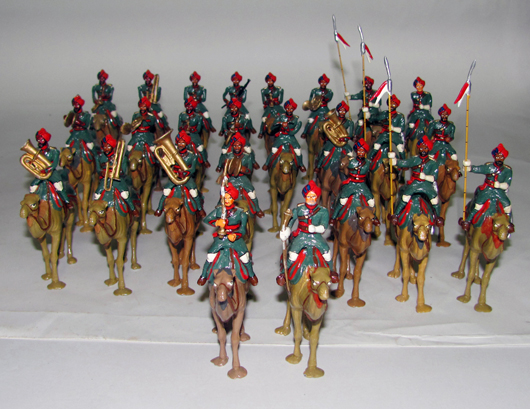