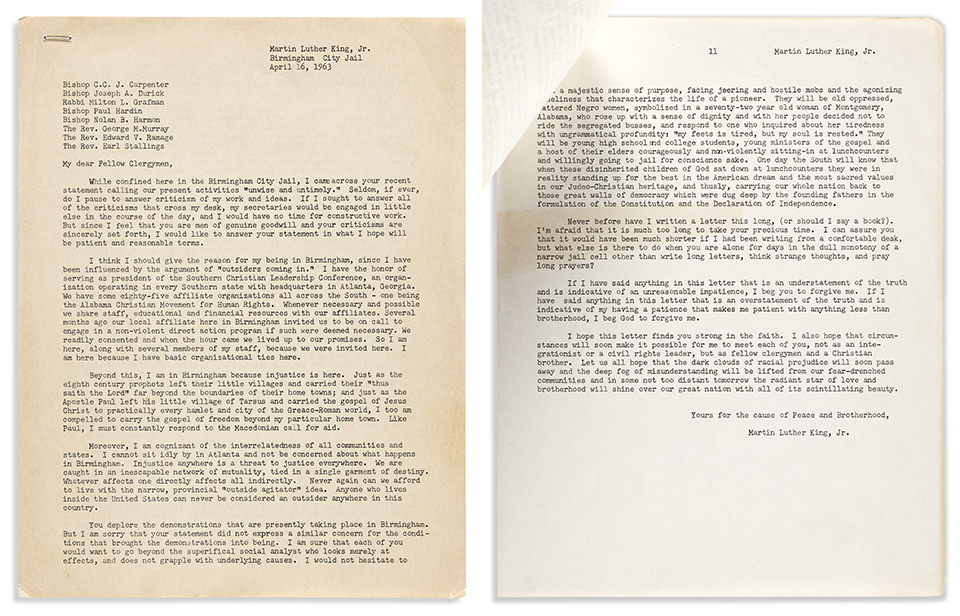 NEW YORK—Swann Galleries’s March 25 sale of Printed & Manuscript African Americana brought strong results that crossed all categories, with the sale totaling $1,075,786, and 88% of lots finding buyers. “This sale reflected an increased recognition of the importance of Black history, driven by the events of the last year. The material is getting into the hands of the passionate collectors and dedicated museums and archives who will help preserve this history for future generations,” noted Rick Stattler, the house’s vice president and specialist for the sale. Absentee and Internet live bidding was facilitated by LiveAuctioneers.

Leading the sale was an early draft of Dr. Martin Luther King Jr’s 1963 Letter from Birmingham Jail. The unique pre-publication draft of Dr King’s most enduring words sold for $185,000 to a bidder on the phone after a round of lively back-and-forth bidding. The price marks the highest result ever for a lot in the house’s more than 20 years offering African Americana. Additional material relating to Dr King, the Civil Rights movement and segregation was a reel-to-reel tape recording of Dr. King speaking to the SCLC board in January of 1968, which sold for $16,250; a pair of 1960 photographs of a CORE sit-in at a New Orleans Woolworth’s lunch counter, which brought $6,000; a group of press photographs and ephemera relating to the Scottsboro Boys, which sold for $7,500; and signage delineating segregated areas from Dallas in 1936–56, North Carolina circa 1940s, and Georgia circa 1940s, which respectively commanded $11,875, $9,100, and $3,900. 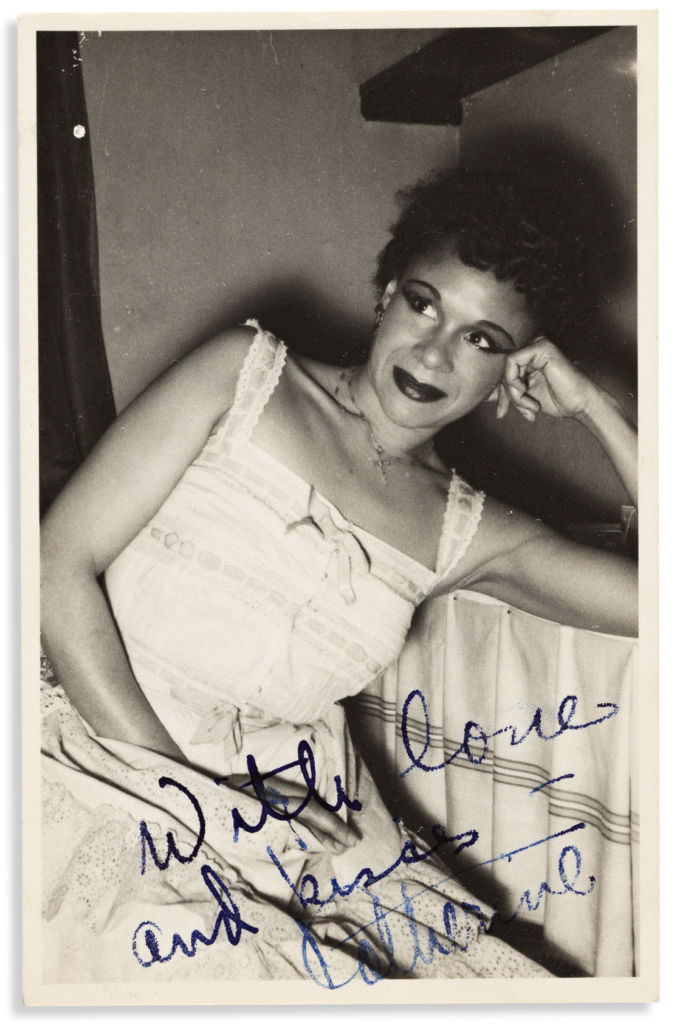 African Americana material relating to prominent figures in dance included an archive with photographs, correspondence, and a diary of modern dance legend Katherine Dunham, which commanded $52,500, as well as a large group of letters by Dunham to a close friend, which sold for $35,000. A group of circa 1957 photographs from the short-lived but influential New York Negro Ballet Company sold for $21,250. Also in the entertainment section were concert posters for the opening night of Run DMC’s 1986 Raising Hell tour, which sold for $6,500, and the original maquette for the 1982 Cultural Freebee Jam flyer, which sold for $7,500.

Artists and authors proved to be of interest to buyers. An original ink and wash portrait of activist Sue Bailey Thurman by Lois Mailou Jones, created for the 1942 Twelve American Women calendar, sold for $8,750; the German poster for the 1972 Olympics designed and by signed by Jacob Lawrence commanded $6,760 and a record; letters from 1927–49 to editor Black Opals editor Nellie Bright from Jessie Redmon Fauset, Laura Wheeler Waring and more sold for $16,250; and a 1925 press photograph of young Langston Hughes as a busboy brought $4,500. 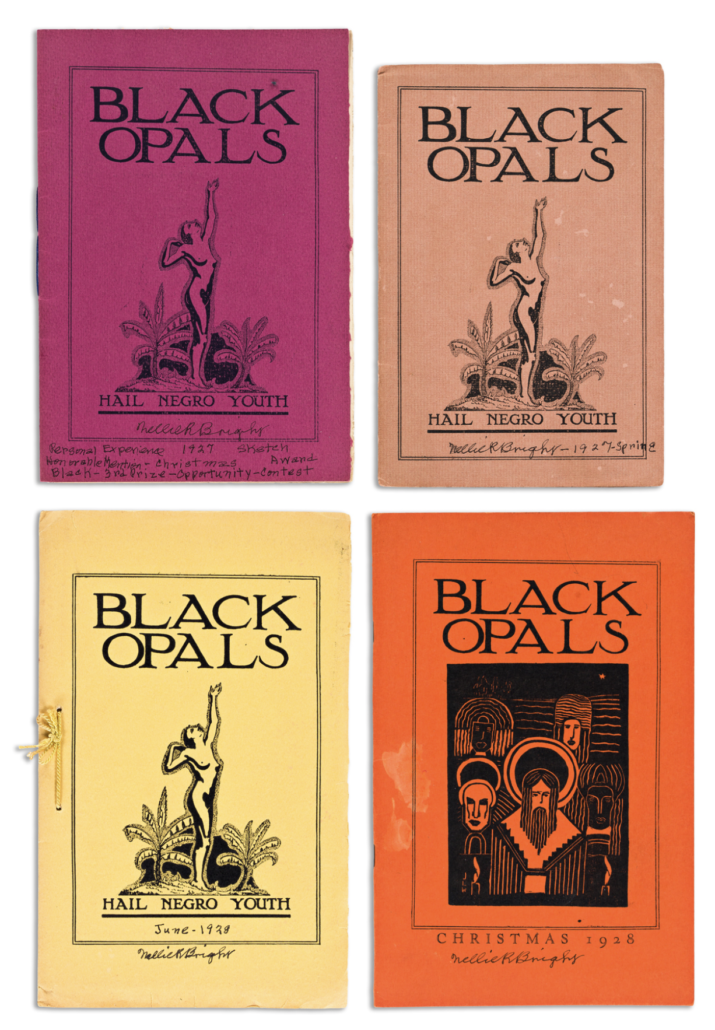 Publications of note included four issues of Black Opals, Philadelphia, 1927–28, the legendary limited-edition literary journal, which sold for $45,000; Banneker’s Almanack, and Ephemeris for the Year of our Lord, 1793, Philadelphia, 1792, by Benjamin Banneker, which brought $42,500;  Poems on Various Subjects Religious and Moral, London, 1773, a first edition of the first book by an African American, which sold for $26,250; and a first edition of Narrative of Sojourner Truth, a Northern Slave Emancipated from Bodily Servitude, Boston, 1850 which sold for $16,250 and a record. 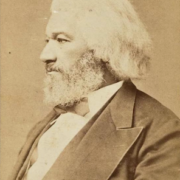