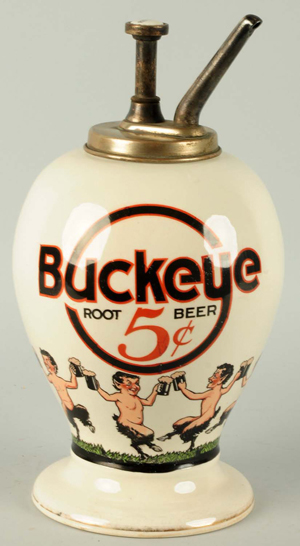 DENVER, Pa. – Morphy Auctions’ Dec. 6-7 Antique Advertising & Coin-op Auction was one for the record books, with a $1,956,000 total that shot past the overall high estimate by nearly 50%. Along the way, more than 50 auction records were rewritten in the tobacciana, Coca-Cola and soda pop advertising categories. LiveAuctioneers provided the Internet live bidding services on both days

“It was a tremendous sale, and I couldn’t have been more pleased with the outcome,” said Morphy Auctions CEO Dan Morphy. “We had a great crowd both days, with extremely active bidding through LiveAuctioneers and over the phones. In fact, online purchases totaled more than a million dollars in the Friday session alone. By the end of the sale, more than $1.3 million had gone to the Internet. That was definitely a record for us.”

Postsale statistics showed just how significant a role online bidders had played in making the event such a massive success. In total, 907 lots – 83.5% of the Saturday session’s inventory and 37.7% of the Friday session’s lots – were sold via LiveAuctioneers. There were 761 registered online bidders, with a total of 1,360 absentee bids placed through LiveAuctioneers.

Not only did the Internet deliver winning bids, it also brought more than 6,300 all-important underbids to the table. As for traffic generated online, there were 8,712 visitors to Morphy’s catalog on LiveAuctioneers and more than 78,000 page views.

Top lot of the sale – and surely the most surprising of all advertising entries – was a Buckeye 5-Cent Root Beer soda fountain syrup dispenser with a wrap-around image of frolicking satyrs. It opened at a mere $400 against an estimate of $1,600-$2,400, and dozens of bids later, sold via LiveAuctioneers for $114,000. All prices quoted are inclusive of buyer’s premium.

“I’m sure some might think that price was a typo, but it’s not. This is what happens when you have a beautiful piece that two parties want to own,” Morphy observed.

A 100-lot single-owner collection of items advertising Whistle soda was described by Morphy’s as “one of the largest known collections of its type.” A rare, circa-1930s tri-fold cardboard cutout featuring two boys wooing a girl – one with roses, the other with a more-enticing bottle of Whistle – was another Internet purchase, selling for $38,400 against an estimate of $1,500-$2,500.

The 1,468-lot auction’s top 10 was dominated by antique and vintage Coca-Cola advertising. A 69- by 29-inch (framed) 1941 Coke festoon, which originally would have been displayed across the back of a soda fountain, more than doubled its high estimate at $21,600. A 1932 Coca cola illuminating counter sign reminding customers to “Please Pay Cashier” attracted an online winning bid of $20,400; while a colorful 1956 Coke “button” sign with vertical accompaniment suggesting “Pick up 12 – Refreshment for All” sailed past its $2,500-$3,500 estimate to settle at $14,400. A circa-1920s store display box for Coca-Cola Chewing Gum, designed to hole 20 5-cent packages of the early 20th-century product, went seven times its high estimate and then some, reaching $18,000. Numerous other Coca-Cola-related lots sold in the five-figure range.

Several collectors of tobacco advertising had their eyes fixed on a framed Union Leader Cut Plug Tobacco cardboard sign and bid it to an above-estimate $10,800. Another popular tobacco lot, an illuminating, framed motion sign for Medalist Cigars depicting a well-dressed gentleman enjoying a smoke before a fireplace, more than doubled its high estimate at $8,400.

A Mills novelty “shocker” arcade machine emblazoned “Electricity Is Life” lead the antique coin-operated machines at $19,200. Not far behind was a Caille upright slot machine in oak case with copper finish, which sold for $16,800.

Morphy’s will conduct its next major Advertising auction on Feb. 22 at their gallery in Denver, Pa. A Petroliana & Automobiliana auction, the first category-specific sale to reflect Morphy’s acquisition of Matthews Auction Co., will be held Feb. 28 in Peotone, Illinois. LiveAuctioneers will provide the Internet live-bidding services for both events. 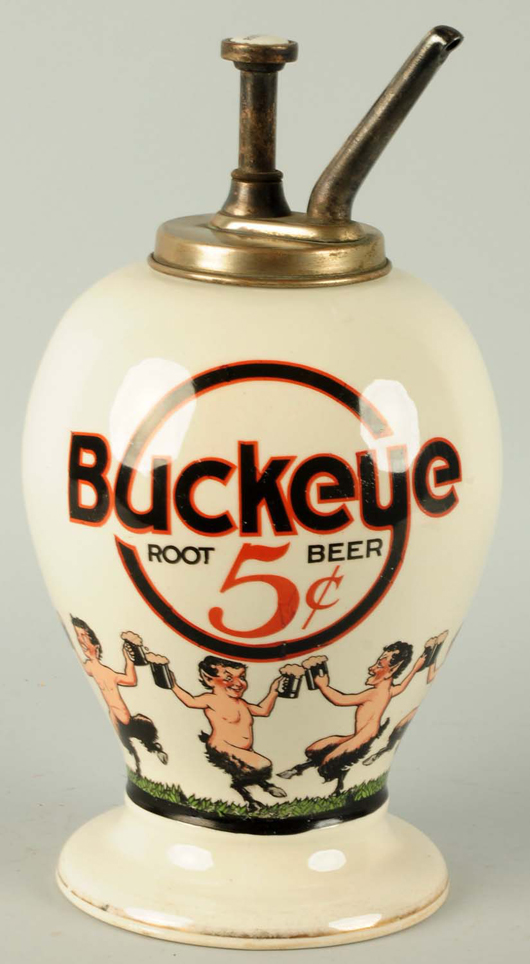 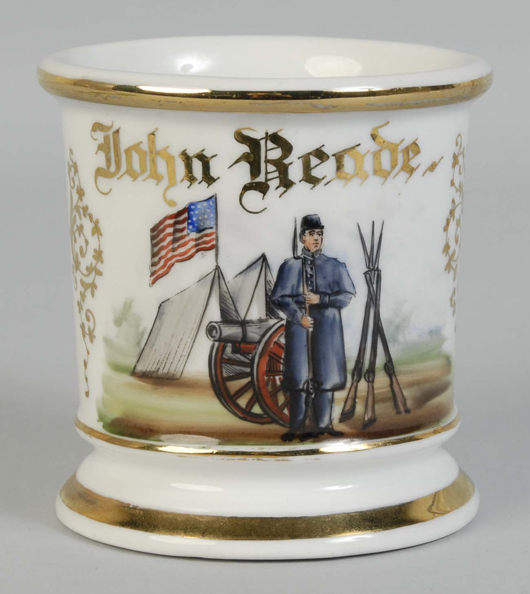 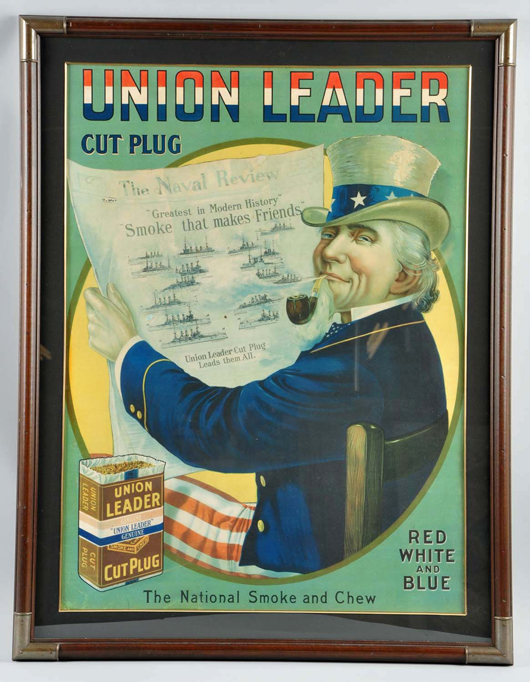 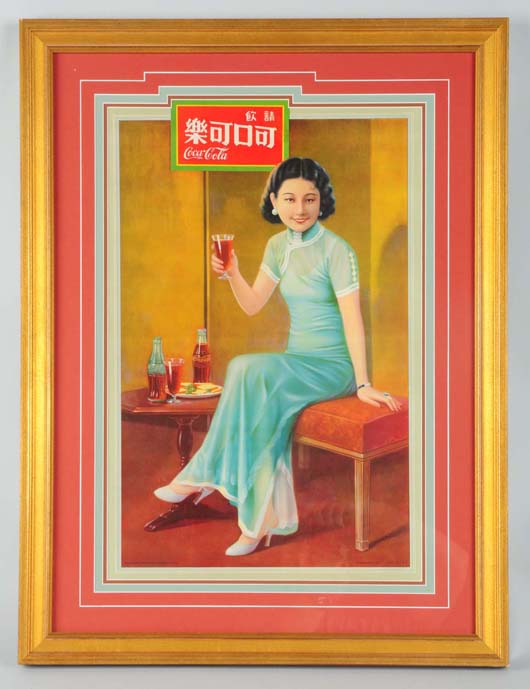 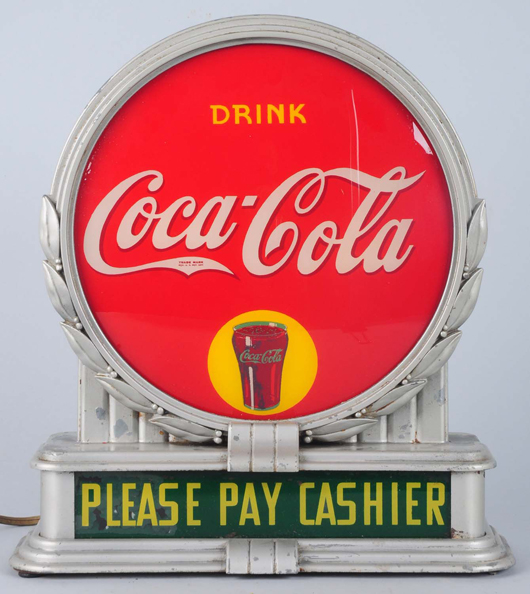 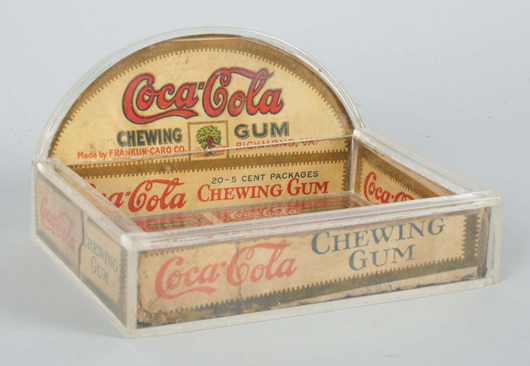 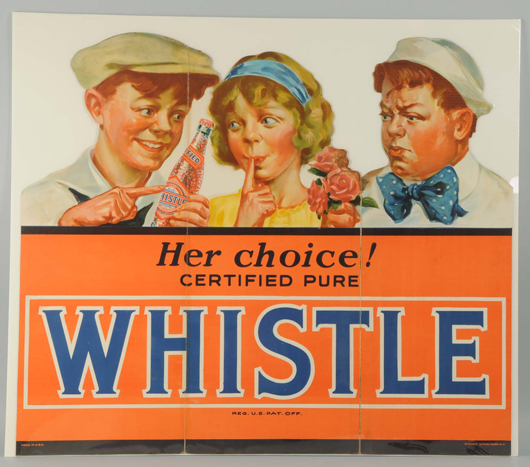 Circa-1930s tri-fold cardboard cutout featuring two boys wooing a girl – one with roses, the other with a bottle of Whistle soda pop, $38,400. Morphy Auctions image.