COLOGNE, Germany – There are not many auctions that encompass such a plethora of subjects as Auction Team Breker’s sales in Cologne, Germany. Offerings at the auction Nov. 7 ranged from the first personal computer to a smoking moon automaton and a miniature steam-powered fountain.

Perhaps one of the greatest “what if” stories in the history of modern computing is the Kenbak-1 personal computer built by John Blankenbaker of the Kenbak Corp. in 1971. The 8-bit machine was arguably the first commercially produced personal computer, predating the Apple-1 by five years.

Unlike most “hobbyist” computers of the time, the Kenbak-1 (above) was sold as an assembled and functioning machine rather than as a kit. It was simple to use, educational and, at $750, relatively affordable. Kenbak Corp. focused its marketing efforts on schools rather than the private individuals. After only a limited response, production ceased and the Kenbak closed in 1973. Of the 50 units produced between 1971 and 1973, only 10 are thought to have survived. Fortunately for the history of computer science, Kenbak-1 No. 0185 offered in Breker’s auction Nov. 7 (Lot 26) was purchased by a national European museum for €41,800/US$45,500.

Dating from the first quarter of the 19th century was a fine 18K gold and enamel musical vinaigrette by Geneva makers Moulinié, Bautte et Moynier (Lot 606). Jean-François Bautte and Jacques-Dauphin Moulinié entered into partnership with Jean-Gabrier Moynier in around 1804. They specialized in fine pocket watches and objects de vertu, including a series of musical vinaigrettes with enameled landscape scenes depicting European cities such as Geneva, Chamonix or Baden (below). The theme of nature was continued on the case exterior, decorated with a relief of turquoises and repoussé motifs of buds and leaves. The vinaigrette was purchased for an important European museum collection for close to €24,600/US$26,800 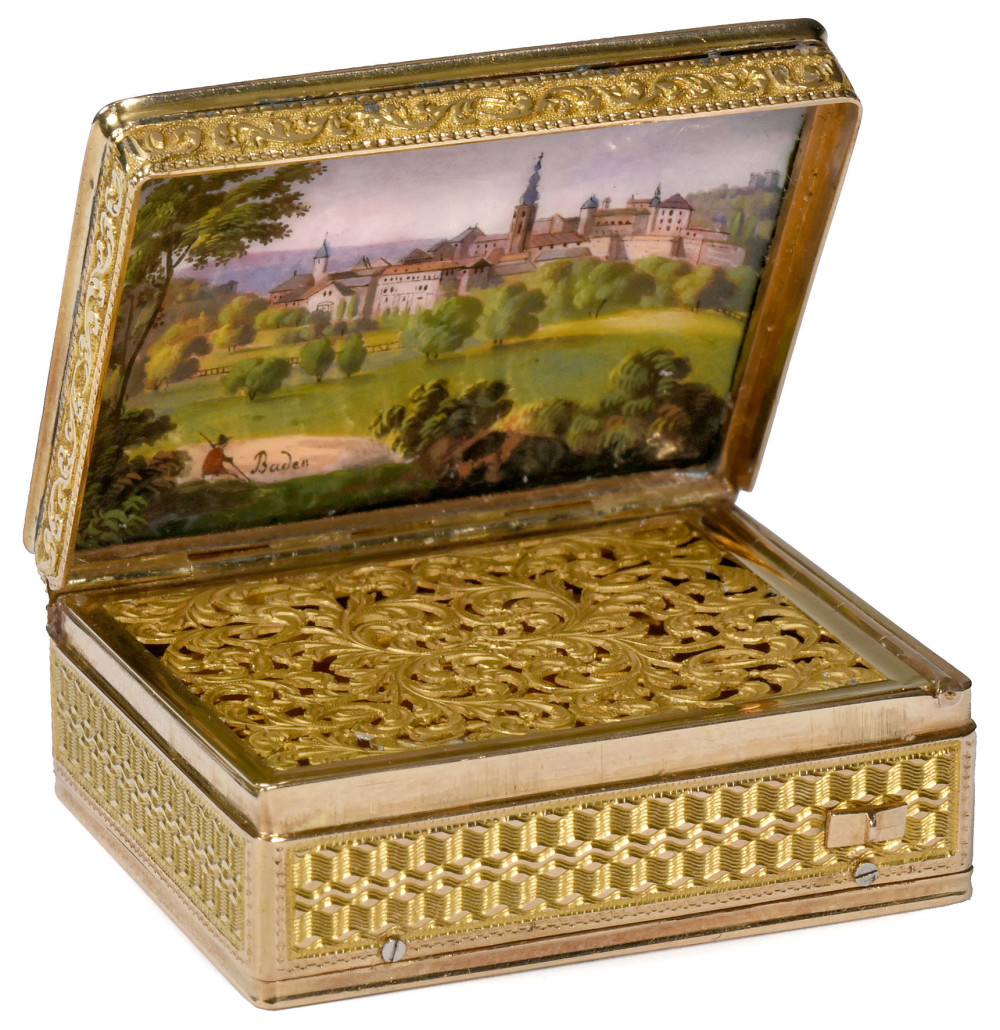 The first (Lot 492) was an Eroica musical hall clock by Symphonion Musikwerke of Leipzig. While the duplex musical box employed double cylinders to increase volume, the Eroica used triple sets of 14-inch discs to an even greater effect. With six musical combs and a total of 300 tuned teeth, the Eroica was one of the most exclusive instruments in the Symphonion range. The example in Breker’s sale brought €30,300/US$33,000.

The second (Lot 483) was an automatic disc-changing musical box by another Leipzig firm (and rival of Symphonion), the Polyphon Musikwerke. This substantial instrument could play a selection of six 22 ½-inch discs accompanied by a 16-note glockenspiel. In fine playing condition, it fetched €27,000/US$29,500.

Allied to self-playing musical instruments were the luxurious mechanical parlor toys or automata produced in Paris during the second half of the 19th century. Breker’s auction included arguably one of the most iconic and certainly one of the most surreal, the Lune Fin de Siècle (below) by Gustave Vichy of around 1891 (Lot 628). Modeled as a young man with large full-moon face leaning against a column, a cigarette between his lips and a walking cane in his right hand, the automaton was built to in and exhale smoke through a set of bellows operated by the spring motor. Rare and remarkable, the piece sold for several times its estimate for €135,000/US$147,000. 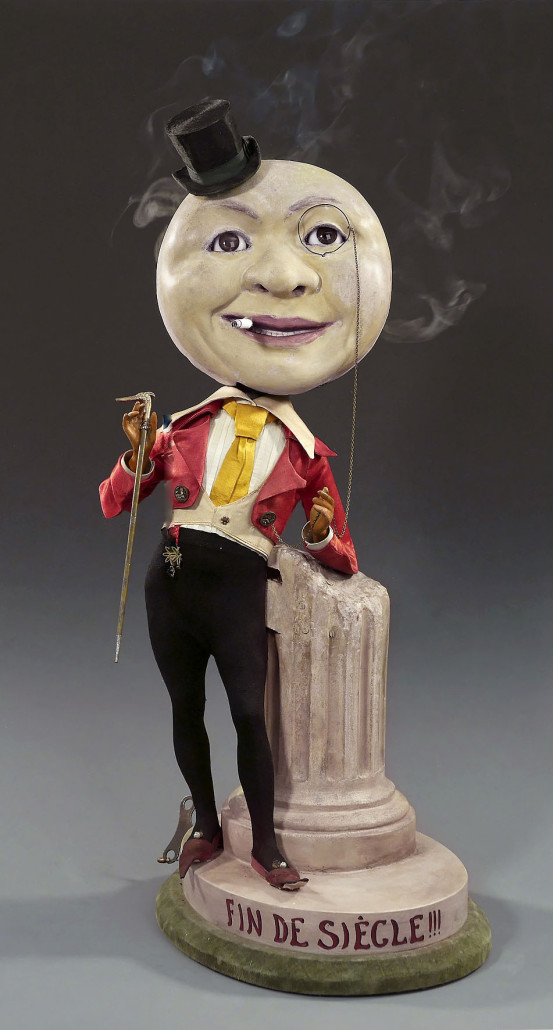 Another Vichy automaton that took the fancy of collectors was an equilibrist balancing on a ball designed by Gustave’s son, Henry, in around 1894 (Lot 629). In unrestored working condition, the automaton, which carried provenance from the American artist Corita Kent (1918–1986), fetched €32,000/US$34,900.

Not all automata, however, featured such entertaining subjects. A more somber figure was presented by the “Saint Francis” clock (Lot 648) of circa 1850, believed to have been modeled after paintings of the hermetic saint in prayer by Doménikos Theotokópoulos (El Greco) during the late 16th century. Accompanied in his devotions by a striking gong and a fine four-air musical box, the figure performs a complex series of gestures before a crucifix. The clock was presumably built as a special commission, as the devotional subject is highly unusual for a 19th century automaton. It brought close to €19,000/US$20,700 at the auction. 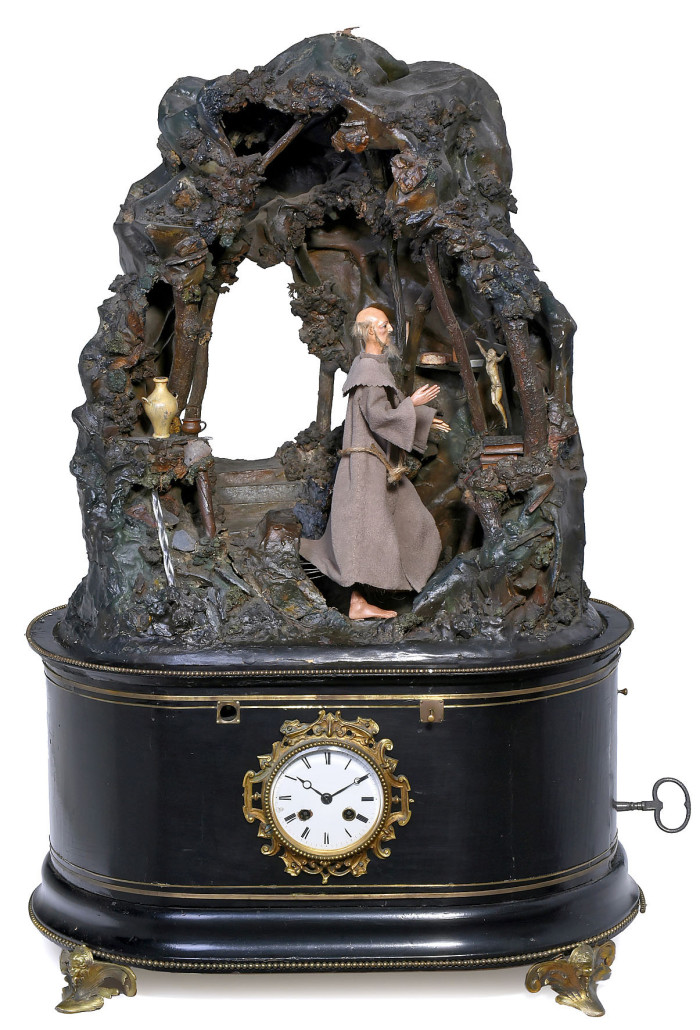 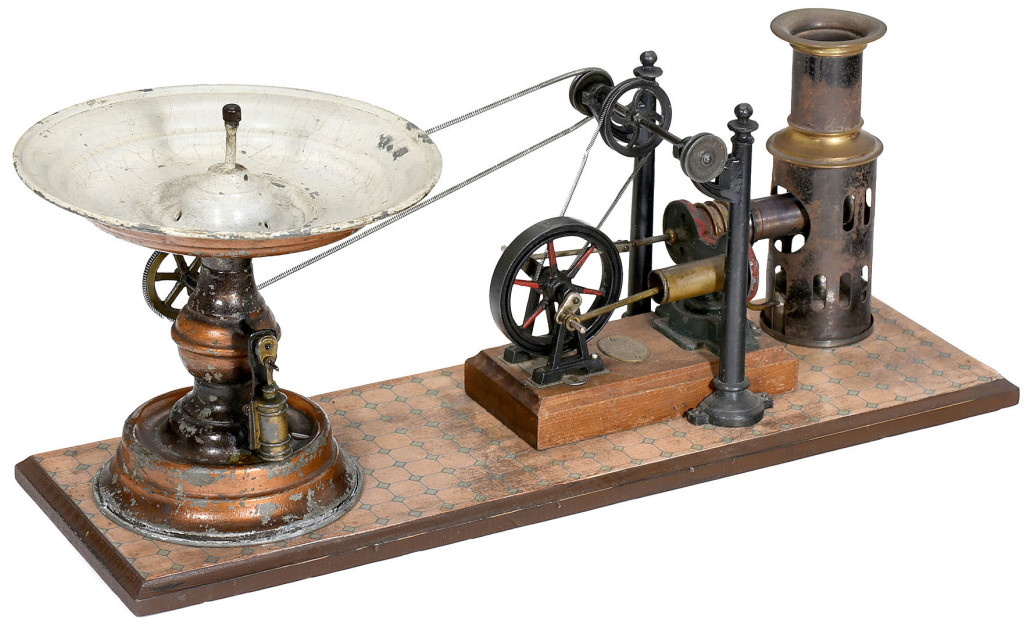