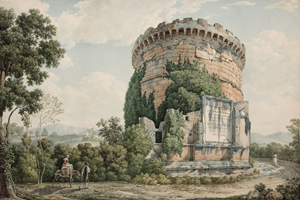 This 26-inch by 39-inch watercolor by American artist John Izard Middleton (1785-1849) was the highlight of the sale, fetching a world record price for the artist at auction: $100,800. Image courtesy Jackson’s International.

CEDAR FALLS, Iowa – “Wow” is one word to describe the bidding action at Jackson’s International June 23-24 auction, and perhaps “predictable” might be another. The sale saw one new world record set, drew more than 450 registered bidders and produced gross sales of $1.2 million dollars. Eighty lots sold online through LiveAuctioneers.com.

The top lot of the auction was a watercolor that topped prices realized at $100,800. The story surrounding the painting is just as interesting as the price, which was a world record at auction for the artist, who remained a mystery until Jackson’s research led to its identification.

A little over two months ago, an East coast dealer who regularly consigns European paintings to Jackson’s sent in an unsigned watercolor landscape he had recently acquired at auction for less than $1,000. The painting, by all appearances, looked like a typical, albeit nicely executed, early 19th-century watercolor of Roman ruins.

The painting arrived at Jackson’s just a few days before the company’s auction catalog was to be sent to press. It was checked in and initially described as an early 19th-century watercolor, probably British, as indicated by the consignor’s cover letter.

The painting, which depicted a landscape with old Roman ruins, was photographed and about to be cataloged as an anonymous 19th-century Continental watercolor. However, the painting caught the eye of Jackson’s president and CEO, James L. Jackson, who had not seen the painting when it first came in but was impressed with its quality and size. Although no signature appeared on the front, his instincts told him that it needed be taken out of the frame and examined more carefully.

During his examination, Jackson discovered an inscription in pencil on verso that read, “Painted by John Middleton in Rome about 1825.” There was also a middle name, but it was indiscernible.

Assuming at first that it was indeed a European work, and having a certain early 19th-century British feel to it as suggested by the consignor, Jackson speculated it might have been painted by a minor watercolorist from Norwich, England, named John Middleton. However, when his research showed that British artist John Middleton, who painted large landscapes as well, was born in 1827, Jackson knew it could not be the same artist who painted the picture he was examining.

Additional research by Jackson indicated that this same John Middleton had a father who also painted landscapes and whose life dates would fit the period of the mystery painting – yet he was unconvinced.

Jackson could not find a middle name for either of the British John Middletons to help substantiate any hypothesis. With the auction catalog deadline now only a day away, Jackson turned his research to the subject of the painting, subsequently identifying it as the ancient ruin known as the Tomb of the Plautii Family, located near Tivoli, Italy, a few miles outside Rome.

With all this said, Jackson was still not satisfied that the creator of such a large and impressive work could be completely unknown and decided to once again have a go at the inscription on the back of the painting. By this time the catalog was already at the printer, with the painting cataloged simply as being by “John Middleton, 19th century.”

The indistinct middle name, which Jackson believed was the key, at first glance appeared to read “Igarst” or perhaps “Izarst,” none of which made sense. More research and a helpful tip led Jackson to discover that the reason he was finding nothing under European artists was because the artist of this painting was not a European but rather an American with the obscure middle name of “Izard,” which turned out to be the artist’s mother’s maiden name. Indeed, “Izard” was the very name by which the artist was known to family and friends. Thus the mystery was solved; the painting was by American artist John Izard Middleton (1785-1849).

The artist was born to a prominent family at Middleton Place Plantation, today an important historical landmark just outside of Charleston, S.C.. His father, Arthur Middleton, was a signer of the Declaration of Independence. What little is known about John Izard Middleton is fascinating to say the least. Nineteenth century American author, social critic and art professor Charles Eliot Norton dubbed Middleton “the first American Classical archaeologist.” Like his father, young John was educated at Cambridge University. In 1810, the younger Middleton married Eliza Falconet who bore him one child, who did not survive.

While on the Continent, Middleton became mesmerized with the ancient ruins found throughout Italy and, like many gentleman artists of the day, began making observations and sketches of the sites he visited. Between the years 1808-1809 Middleton compiled a group of detailed sketches for the purpose of publishing a folio-sized book which he did in 1812 under the title “Grecian Remains in Italy: A Description of Cyclopian Walls, and Roman Antiquities. With Topographical and Picturesque Views of Ancient Latium.”

Later on in the 1820s it is believed that Middleton began work on what he had hoped would be a follow-up book, titled “Roman Ruins.” Many of the images were eventually published some 174 years later, in 1997, by the University of Carolina Press under the title “The Roman Remains – John Izard Middleton’s Visual Souvenirs of 1820-1823.”

Middleton completed many drawings and watercolors for his second edition, although he would never see them published. He and his wife took up permanent residence in Paris, where he died in the year 1849. His body was eventually returned to Middleton Plantation where he is buried. Sadly during the U.S. Civil War the Middleton family estate was ransacked and burned, taking with it a vast multitude of irreplaceable treasures accumulated by the Middleton family over two centuries – and no doubt many of John Middleton’s works as well.
A quick bit of research revealed that no known works by John Izard Middleton had ever been sold at public auction. Therefore there were no comparable sales in which to gauge what the value might really be. However, as Jackson commented, “Everyone in the game knows that paintings executed by American artists in the Colonial period or Federal period and which are not in the category of portraiture are generally speaking quite rare.”

Jackson continued, “As I continued to learn more about Middleton, I knew that such a large and exceptional work was going to have considerable value. However I also knew I needed to notify the right people, which we did through a campaign of press releases and contacts with various museums, institutions and galleries in the Charleston area. By the day of the auction we had received three substantial absentee bids, and eight telephone bidders had signed up. To make matters even more interesting, the painting still carried its original $1,500-$2,500 presale auction estimate, which had been assigned to it when it originally arrived.”

Bidding on the painting opened at $10,000 with an in-house bidder and slowly wound its way upward between phone bidders (including two European bidders) to the remarkable final selling price of $100,800 (including buyer’s premium).

Commenting on the sale, which realized $1.2 million, James Jackson said: “You know, the one trend that continues is interest in blue-chip material, be it a painting, vase, sculpture or piece of furniture. These items still seem to be maintaining their own. And it would seem that other areas offer good buying opportunities at present, particularly in the second-tier merchandise.” 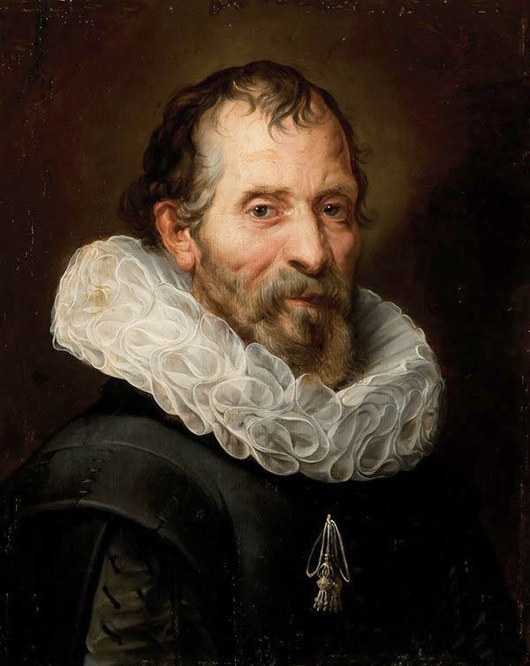 Portrait of bearded man in the manner of Sir Peter Paul Rubens (Flemish, 1577-1640), oil on wood panel, 20½ inches by 16½ inches. Sold through LiveAuctioneers for $17,060 against an estimate of $800-$1,200. Image courtesy LiveAuctioneers Archive and Jackson’s International. 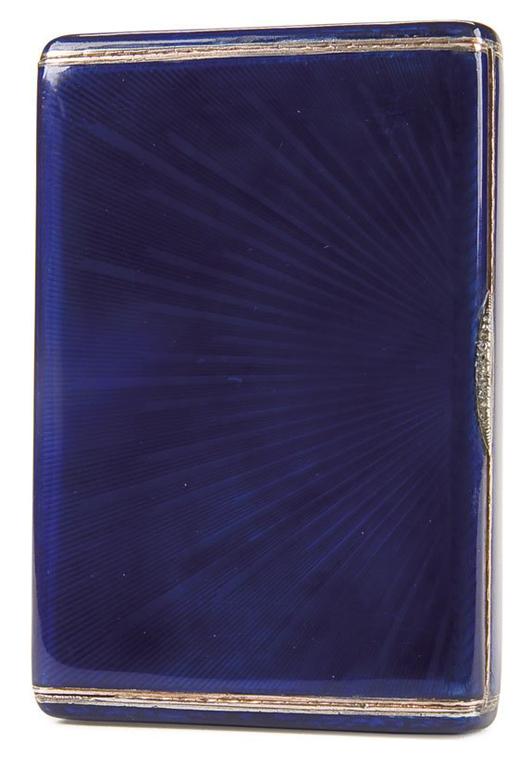 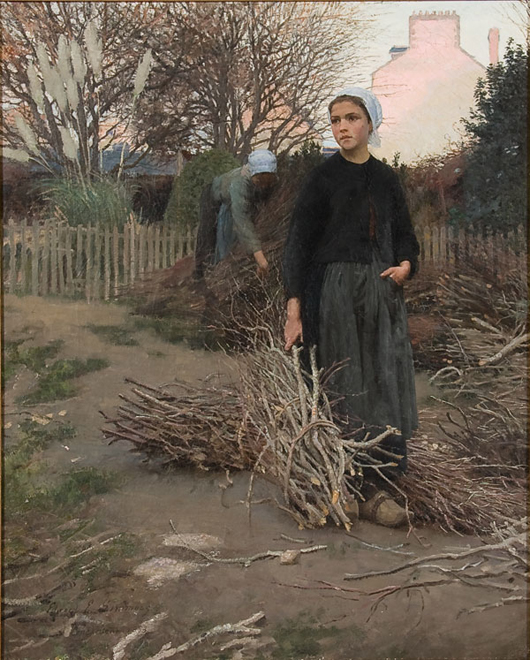 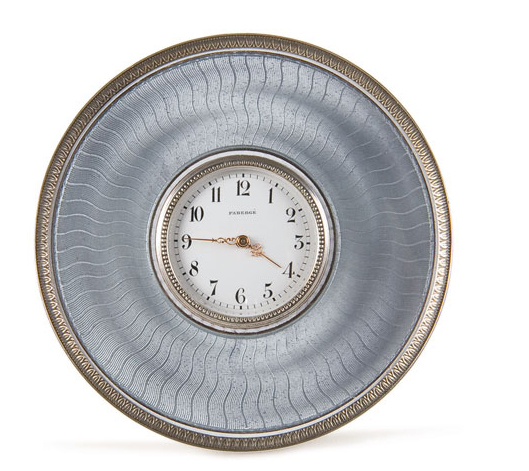 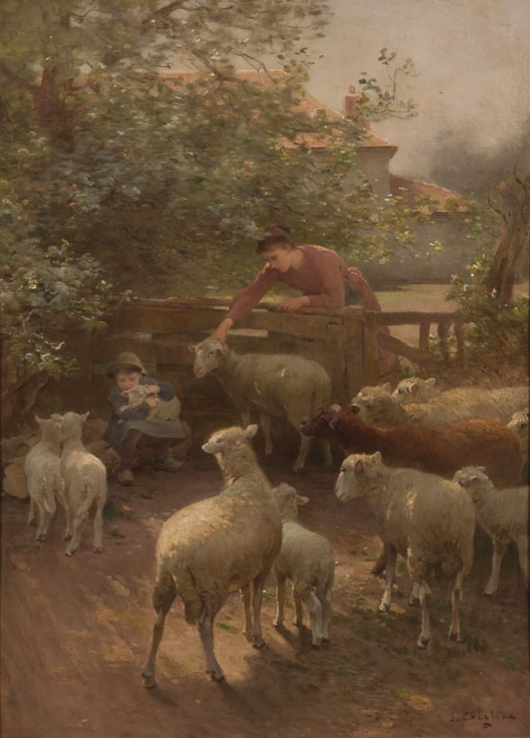 Moon and stars will shine at Wittlin & Serfer auction, July 19