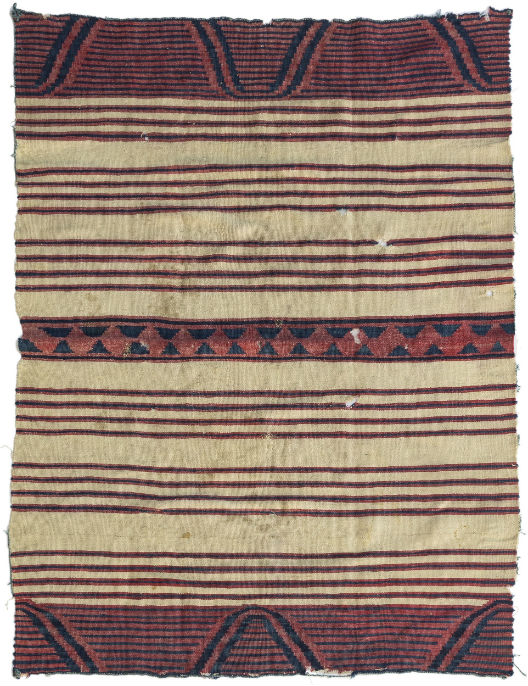 MONROVIA, Calif. – John Moran Auctioneers hosted their biannual Art of the American West and Turn of the Century Design auctions on Tuesday, June 19, and the buyers came out in force. Each auction opened to a standing room only crowd, with plenty of additional interest coming in via LiveAuctioneers and phone bidders.

The Turn of the Century Design sale, which contained 113 lots, featured Craftsman furniture, arts and crafts pottery and metalwork, Tiffany and Steuben lighting, glass and table items. The June 2018 Turn of the Century Design sale was the inaugural event of its type for John Moran Auctioneers, and the sale achieved an 89 percent sell-through rate. The catalog included a large number of pieces from the important estate of Pasadena-area arts and crafts collector Gary L. Booth. Booth’s collection was high quality and wide-ranging, with pieces by Gustav Stickley paired alongside contemporary arts and crafts furniture by makers like Allan Cole. The quality of the selections brought out the bidders in force, with the sale opening to a full crowd of attendees and a large queue of bidders in virtual attendance.

Arts and crafts furniture made up the majority of the Turn of the Century Design auction offerings – two of the most anticipated lots from this auction were furniture selections from Cincinnati’s Shop of the Crafters, each of which were decorated with the company’s signature fruitwood inlay and assigned conservative estimates. A pair of Shop of the Crafters “Mission Morris” chairs flew to an exceptional $8,750 selling price, with multiple telephone bidders driving up the price (below). 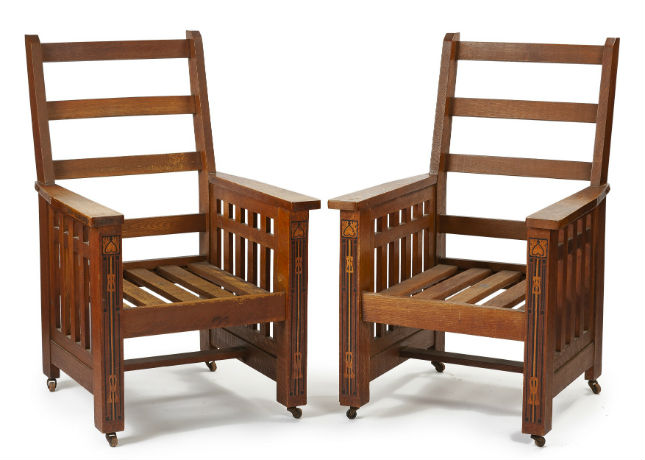 A pair of Shop of the Crafters ‘Mission Morris’ chairs, circa 1910, sold to a LiveAuctioneers bidder for $8,750. John Moran Auctioneers image

Later in the sale, a Newcomb College pottery lidded cream pitcher with flowering vine motif signed for Roberta Beverly Kennon and Joseph Fortune Meyer stirred up plenty of interest on the floor and among telephone bidders, finding a final selling price of $6,250 (estimate: $1,000-$1,500). 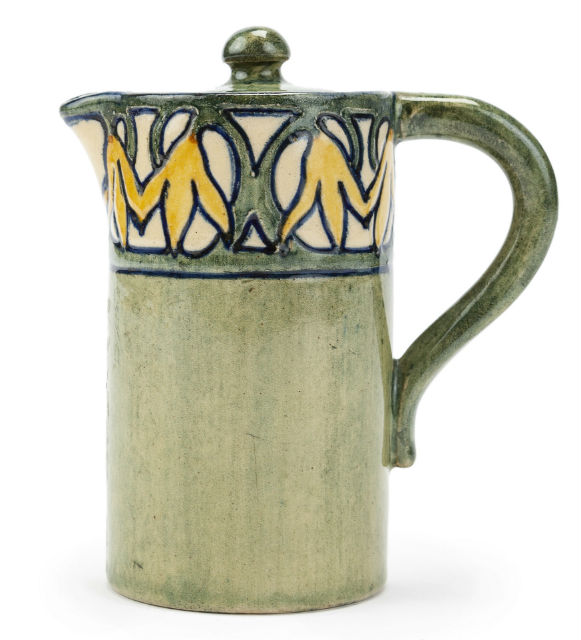 A rare hammered copper vase with applied verdigris eucalyptus branch by Hans Jauchen’s Ye Olde Copper Shop in San Francisco came to the block with a $300-$400 estimate. The vase, dating to circa 1920, drew immediate attention from online buyers, selling for $2,375.

John Moran Auctioneers followed with a 402-lot Art of the American West sale, composed of Western genre-paintings, prints and drawings, bronzes, Navajo textiles, Native American basketry and beadwork, alongside Western saddles and other objects. Two important collections made up a large swath of the consigned lots; the majority of the beadwork lots hailed from the the Towaoc Trading Post Collection, Ute Mountain Ute, Towaoc, Colorado. Approximately 30 lots of basketry from tribes ranging from Alaska to the Southwest were consigned from the estate of life-long collector Roberta Krell Cagan, whose enthusiasm for Native basketry was reflected in the quality of her selections.

Selections from the Towaoc Trading Post Collection earned respectable prices throughout the evening, with select lots exceeding expectations. A group of three flat beaded bags with exceptionally fine and detailed pictorial beadwork went to the block with a conservative $800-$1,200 estimate (below). Collectors were wooed by the bags, which quickly earned a final selling price of $1,187. 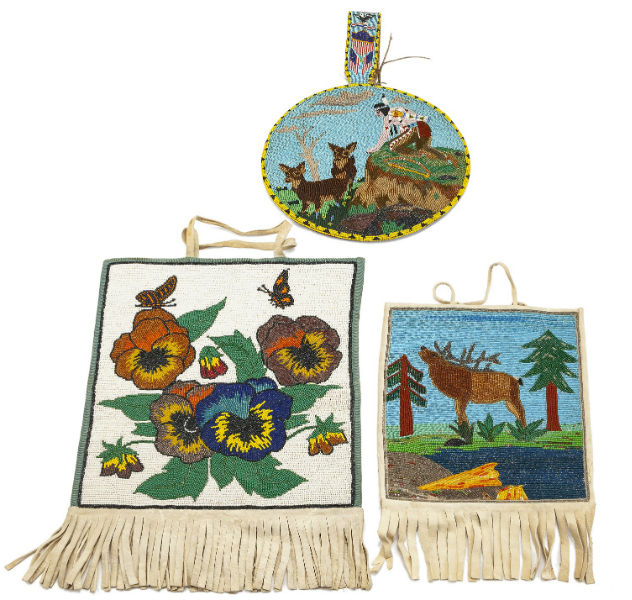 Prices for basketry were strong throughout the evening, with baskets from all over North America (most of which hailed from the aforementioned collection of Roberta Krell Cagan) bringing out the bidders. Pictorial examples garnered particularly impressive prices realized. A Cahuilla Mission spider-motif basket in the typical globular shape brought $2,000 (estimate: $1,000-$1,500). Another polychrome pictorial example, this one from the Havasupai tribe and adorned with three orange-winged butterflies, earned $1,625 (estimate: $600-$900). A Wasco Indian lidded pictorial “Sally Bag” with leather-wrapped rim was brought to the block with a $1,500-$2,500 estimate. Featuring butterflies, human figures, deer, water bugs and birds, the basket found a buyer for $2,000. A Yokuts/Tulare Indian polychrome basket with rattlesnake and standing figure motif incited a bidding war between two determined floor bidders, bringing $1,875 (estimate; $1,200-$1,800). A group of Pima baskets with varying figurative and animal motifs was a surprise highlight, bringing an exceptional $3,125 for the group of eight (estimate: $1,200-$1,800). In addition to many of the above, the Cagan collection proffered a number of wonderful Klickitat imbricated baskets, including one decorated with dogs, deer and male and female figures (estimate: $1,200-$1,800; price realized: $2,000).

Pottery provided some surprise highlights. A San Ildefonso Pueblo pottery jar by master potters Maria and Santana Martinez garnered a flurry of interest online prior to the sale’s start and brought an exceptional $2,000 (estimate: $300-$500). A contemporary Zia pottery vessel by artist Elizabeth Medina was expected to bring $400-$600, but ultimately garnered $1,125. 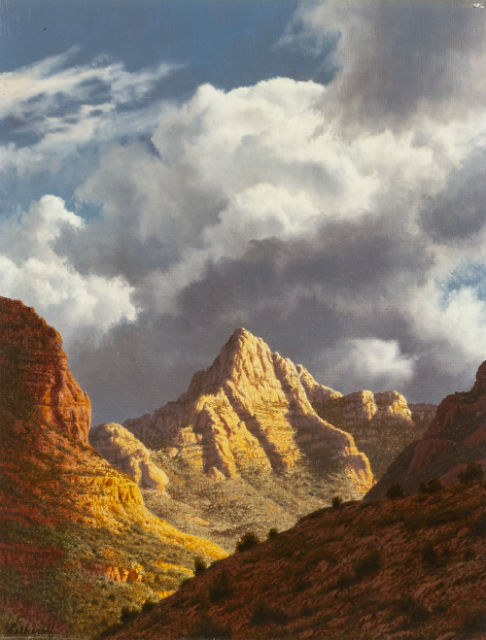 California Western painter Stanley Galli (1912-2009 San Francisco) was represented in the Art of the American West catalog by a small selection of works, including the artist’s Two Card Monte, depicting vaqueros playing cards (estimate: $1,000-$2,000; price realized: $4,687). A sweet painterly work of donkeys before adobe structures by Terri Kelly Moyers (b. 1953, Santa Fe, N.M.), was expected to bring between $1,500 and $2,500, garnering $1,750 thanks to interest from floor bidders. A charming view of a path through a California redwood forest by California painter Charles Henry Harmon (1859-1936) achieved a $1,375 price realized, just over the $600-$900 estimate. 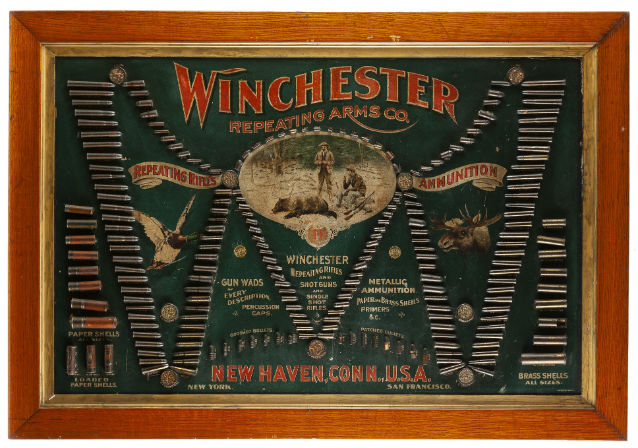 Additional highlights from the Art of the American West auction included:

– A lot comprising two polychrome Tlingit rattle-top baskets inspired bidders from both online platforms to jump into the fray against a telephone buyer; the baskets sold for $1,187 (estimate: $600-$900).

For more information regarding any of John Moran Auctioneers’ auctions, email info@johnmoran.com or phone 626-793-1833. 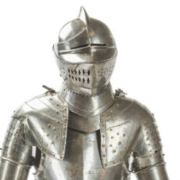 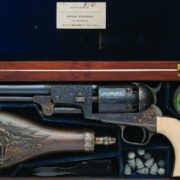 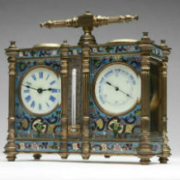 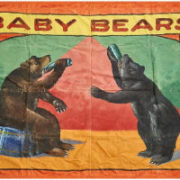 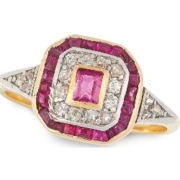 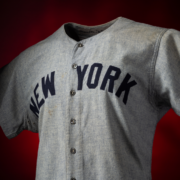 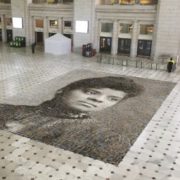