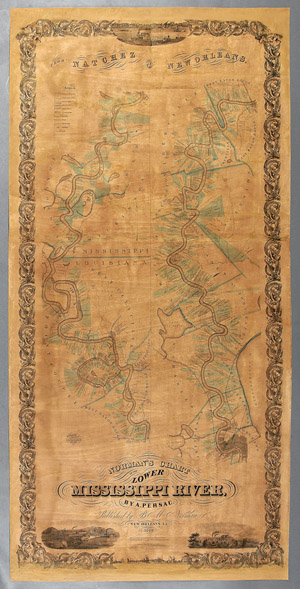 Norman’s Chart of the Lower Mississippi River from Natchez to New Orleans,’ an 1858 chart map, was the highlight of Neal Auction’s summer auction, selling for $197,000. Image courtesy of Neal Auction Co.

NEW ORLEANS – A focal point of Neal Auction Co.’s June 25-26 auction was a very fine collection of natural history prints and historical maps and prints, which included an impressive group of 66 unreserved lots of John James Audubon Havell edition engravings from Birds of America. Of those 66 unreserved Audubon lots, 33 achieved world record auction prices – four tied for first place – and 14 were bested only by the examples from the renowned 2004 auction of the “Magnificent Sachsen-Meiningen Set” from the ducal house of Saxe-Meiningen.

The highlight of Neal Auction’ June 25-26 sale was lot 79, Norman’s Chart of the Lower Mississippi River from Natchez to New Orleans, after Marie Adrien Persac (b. France 1823, d. Manchac, La., 1873, active New Orleans 1857-1872) which came to the auction from the Lemann Family collection at Palo Alto plantation.

After intense bidding, the 1858 chart map, commonly known as “Norman’s Chart” after the name of its publisher, sold on the salesroom floor for $197,000. Prices in this report include Neal Auction Co.’s buyer’s premium.

Best described by an 1858, New Orleans Crescent report, Norman’s Chart is considered the “perfect picture of the windings of the Father of Waters from this city to Natchez, with every plantation on its banks, drawn out and colored, with the name of the owner and whatever name he may have given his plantation. … Mr. A. Persac, who descended the river in a skiff, landing at every mile, and drawing every plantation line and taking down every name and landmark on both banks of the river, deserves the highest credit for his very able and useful labor.”

Neal Auction Co.’s Norman’s Chart was a gift from Persac to the original owner of Palo Alto plantation, where the artist stayed as a guest for many months while performing the cartographic research for the map.

Neal Auction Co. continues to maintain the world record auction price for an original work by the artist with Palo Alto Plantation, which sold in November for $371,000.

Runner-up on the list of top lots was what’s known as “The Treaty Map” because of its use in determining the geographical boundaries for the 1848 Treaty of Guadalupe Hildago. John Disturnell’s (1801-1877) highly important 1847 hand-colored Mapa de los Estados Unidos de Mejico … achieved a record price for the work at auction, selling for $107,000 amid intense salesroom competition.

An 1851 first edition folio titled The War between the United States and Mexico… realized $86,712, a record price for the work. The rare, collaborative effort between journalist George Wilkins Kendall (1809-1867) and lithographer Carl Nebel (1805-1855) attracted considerable attention from absentee bidders, telephone bidders and the salesroom floor.

Considered one of the finest 18th-century maps of the Mississippi River Valley, Mississippi River From Iberville to Yazous, a two-sheet copper engraving from the Atlantic Neptune by Joseph Frederick Wallet des Barres (English, 1722-1824), rolled to $44,215.

A pair of Chinese Famille Rose porcelain baluster vases from the early 20th century sold for an impressive $34,655. The vases were delicately enameled with quail amid rocks and chrysanthemums, and saw intense bidding from the telephones, the Internet and the salesroom floor.

Lloyd’s Map of the Lower Mississippi River from St. Louis to the Gulf of Mexico, published in 1862 by James T. Lloyd, achieved the impressive record auction price of $26,887. 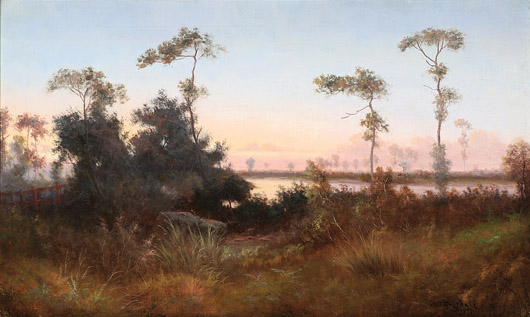 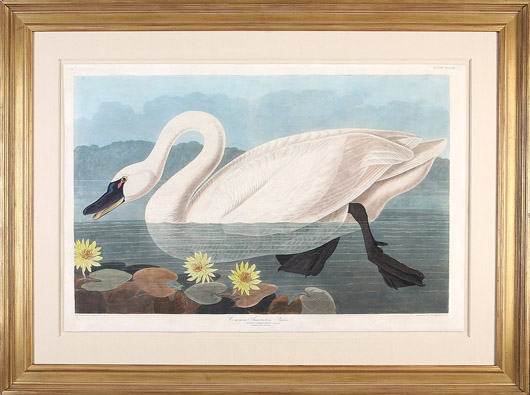 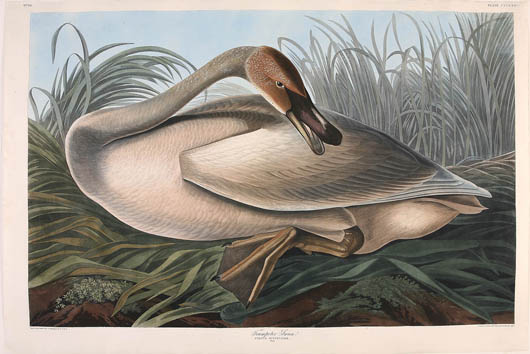 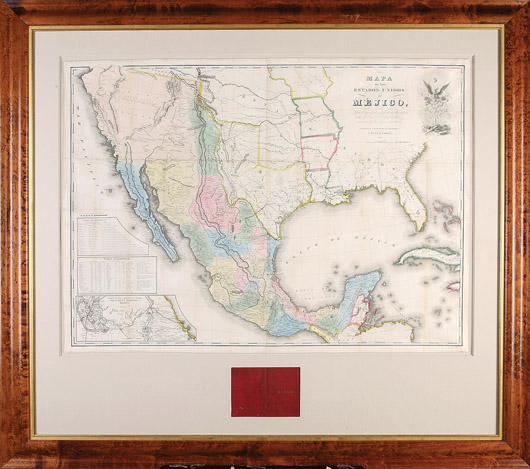 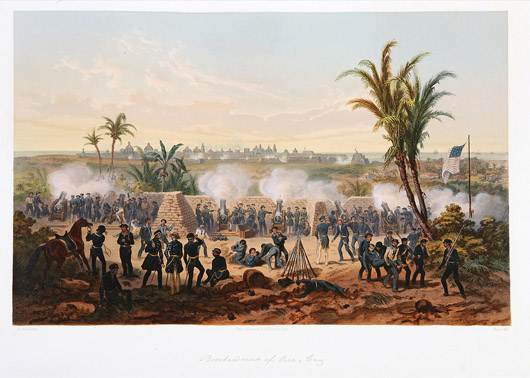