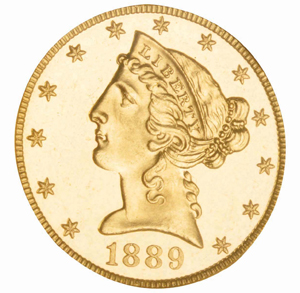 DENVER, Pa. – Collectors rode the money train at Morphy’s on May 7th, snapping up gold, silver and paper rarities at the central Pennsylvania auction company’s $241,000 numismatics sale, with Internet live bidding through LiveAuctioneers.com. All prices quoted include an 18% buyer’s premium.

Another gold piece, an 1854-D $2.50 gold Liberty Quarter-Eagle, AU-58, boasted provenance from the Ashland City (Tenn.) Collection of branch-mint gold coins. It surpassed its high estimate to sell for $23,600.

Among the silver coins offered, a 1799 Draped-Bust Heraldic silver dollar fared best. “It is rare to see this particular coin in extra-fine condition, as this one was,” said Morphy’s CEO, Dan Morphy. Edging out its high estimate, the coin concluded its bidding run at $4,100.

Due to an anomaly that occurred at the mint, a 1955 Lincoln Head penny was rendered the appearance of having been die-cut twice. Estimated at $2,000-$2,500, the humble copper coin drew a high rate of interest, finishing at $3,540.

Morphy said he was very pleased with both the gross – which more than met expectations – and the participation in the May 7 sale, which also included phone, absentee and Internet live bidding. “The current market for gold and silver coins is unprecedented, and numismatics will continue to be an area of special interest to us,” said Morphy.

View the fully illustrated catalog for the May 7 Coins & Currency auction, complete with prices realized, at www.LiveAuctioneers.com. 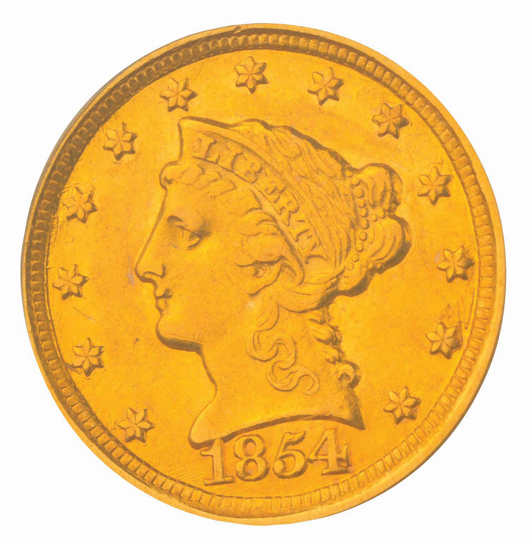 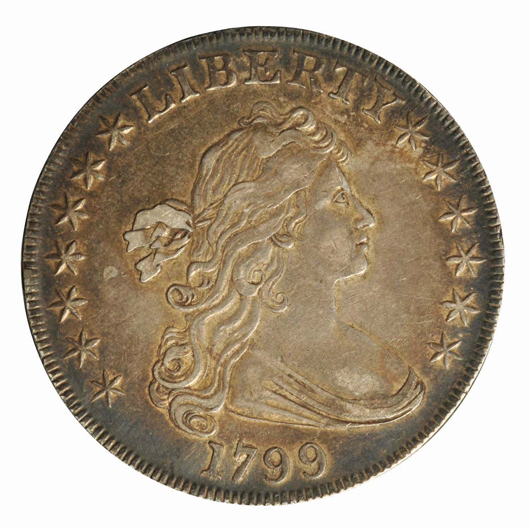