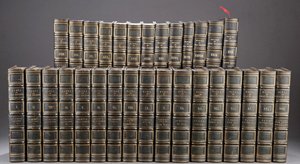 FALLS CHURCH, Va. – Even Scrooge might have eked out a curmudgeonly smile on December 6th at Waverly Rare Books, as the hammer fell on a collection of 30 leather-bound books comprising the “Works of Charles Dickens.” The 1861-63 Library Edition containing such classics as Oliver Twist, A Tale of Two Cities, and the immortal A Christmas Carol, was inscribed in blue ink on the title page of Volume I, The Pickwick Papers, in Dickens’ own hand: “To Jas. Blair…R.N./This set of my books./Charles Dickens/The New Year, 1863.” Entered in the sale with a $2,500-$4,000 estimate, it commanded $70,800 (inclusive of 18% buyer’s premium), selling to a prominent London bookseller on behalf of a client. The winning bid was more than 17 times the high estimate.

The set was accompanied by invaluable written provenance – a Sept. 30, 1898 letter typed on Boston publisher and book dealer Charles E. Lauriat & Co.’s letterhead to the then-purchaser of the book, a Mrs. Charles Pfaff of Manchester, Massachusetts. In the letter, Lauriat enthusiastically relates the history of the books. He states, in part:

“The set was selected by Mr. Charles Dickens as the best edition, bound to his order and presented to his friend some twenty-five years ago. He made a very nice inscription… Owing to the death of the gentleman to whom it was presented, and nearly all his family, the copy was secured by a party in London who treasured it very highly. It was only after some persuasion that he was induced to part with it; but Mr. Lauriat desired to add this set, with its unusual associations, to his collection of choice and valuable books which he selected while abroad this summer on his sixteenth annual trip among the old Book Shops of London and Paris. You may feel that you have the only ‘presentation set’ of the works of Charles Dickens with his autograph in any Library in the country… It was only opened from the case the night before you came to the store, when Mr. Piper showed you the set… I would add that Mr. Piper is a connoisseur in old and rare books, probably more so than any bookseller in America. He has just passed his fortieth year in the business of an association with rare and choice editions… [signed] C. E. Lauriat.”

Monika Schiavo, director of Waverly Rare Books, a division of Quinn’s Auction Galleries, commented that the timing couldn’t have been better for such an important collection of Dickens works to come to market. It reached an international clientele with the help of LiveAuctioneers.com, which provided the Internet live bidding for Waverly’s high-profile event.


“Our auction took place during the 200th anniversary year of Charles Dickens’ birth and only a few days before the opening of the newly renovated Dickens Museum in London,” Schiavo said. “It would not be an overstatement to say we had ‘great expectations’ for this particular set of books. There was considerable pre-sale interest and excitement over these books, and they certainly did not disappoint on auction day.”

In what was, perhaps, a fitting modern-day epilogue to A Christmas Carol, Waverly Rare Books made sure the consignor received a holiday surprise.

“We sent the consignor their check much earlier than they expected, so they would have the funds available for Christmas,” Schiavo said. 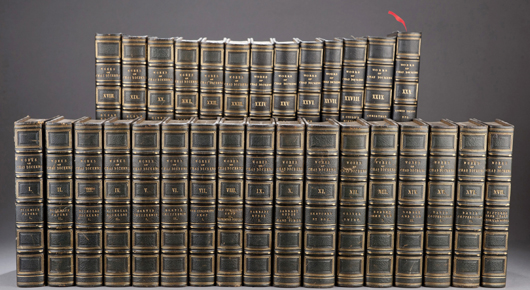 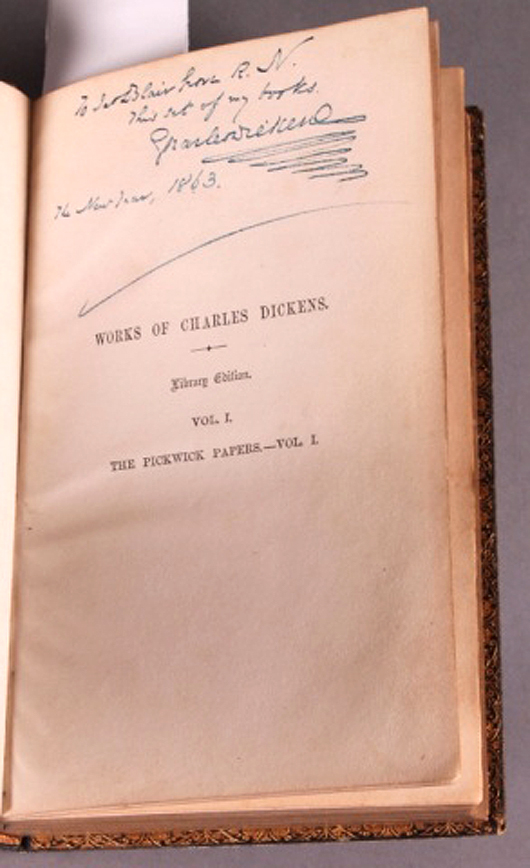 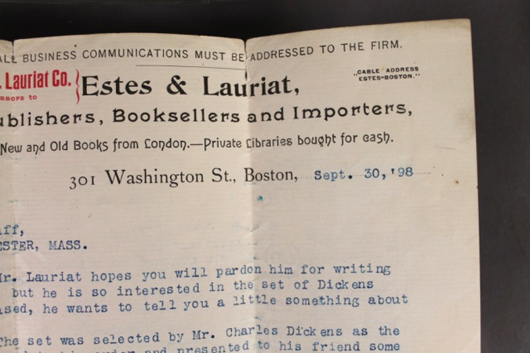 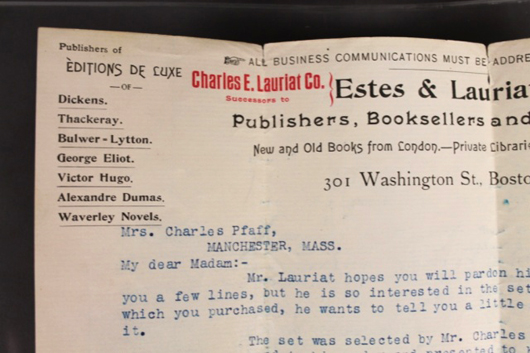 Fine ceramics to be featured in Skinner auction Jan. 12
Scroll to top