W. PALM BEACH, Fla. – “When you have what the people want, word gets out,” said Rico Baca, auctioneer and co-owner of Palm Beach Modern Auctions (PBMA), commenting on the company’s $1.8 million auction of modern and contemporary art, Picasso pottery and unique Studio 54 photos from a famous photographer’s estate. 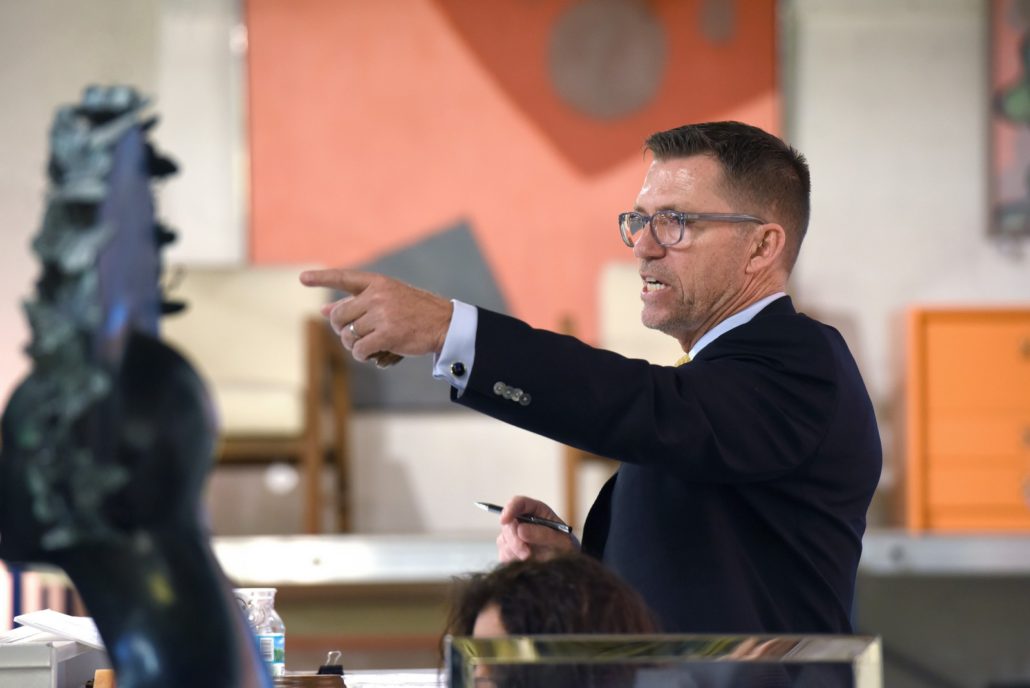 Many different types of collectors were attracted to the sale, which was held Feb. 4 and 5, 2017 at the company’s West Palm Beach venue. “With each successive auction, we attract new buyers of modern and contemporary art; and we always have a great turnout from our loyal following of modern furniture collectors,” Baca said. “But this time around there were two specialty categories that made headlines everywhere – Picasso pottery, and Studio 54 photos from the estate of photographer Richard P. Manning, known in the disco days as ‘RPM.’ We had a 100% sell-through rate on both the pottery and the photos, and an excellent overall sell-through rate of 85%.” All seven PBMA phone lines buzzed with bidder activity, Baca said, while the Internet delivered approximately 2,000 bidders per session from all over the world. Absentee and Internet live bidding was facilitated by LiveAuctioneers. 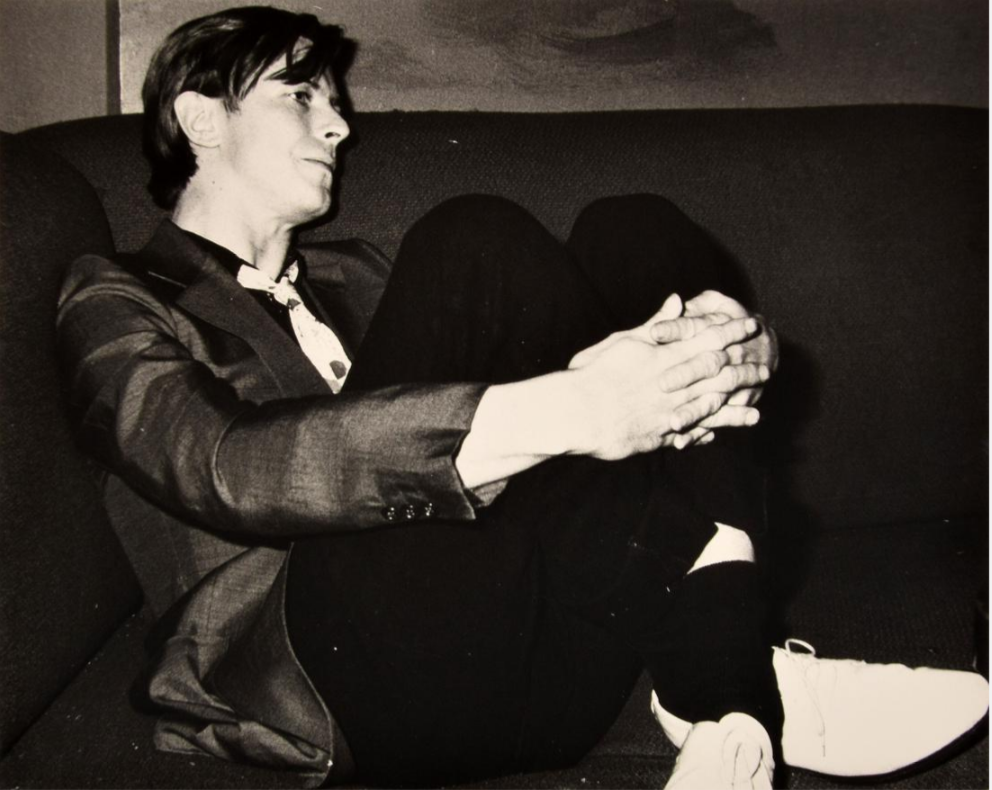 Major feature articles about the Studio 54 photos appeared in Britain’s Daily Mail and Sunday Mirror newspapers, with additional coverage in the New York Post and other U.S. daily newspapers from coast to coast. Celebrities depicted in Manning’s silver gelatin prints included Andy Warhol, Michael Jackson, Brooke Shields, Diana Ross, Mick Jagger, Roger Daltrey, Rod and (then-wife) Alana Stewart, Jerry Hall, John Travolta, Sylvester Stallone, Truman Capote and many others. A candid portrait of a young, smartly dressed David Bowie (shown above) leaning back and taking in the surroundings sold for $3,175; while an artistic shot of a free-spirited couple on the dance floor made $4,763. All prices quoted are inclusive of 27% buyer’s premium.

There was intense global interest in the eight pieces of Picasso pottery entered in the sale. Among those vying for the desirable ceramics were representatives from two different museums in France. The lot garnering the greatest pre-sale interest was a bird-form vessel (shown below) known as “Pichet Anse Prise (Pitcher with Seized Handle).” The actual artist’s proof for a small 1953 edition of 200, it was originally held in the private collection of Picasso’s close friends Georges and Suzanne Ramie, owners of the Madoura studio where Picasso pottery was made. It sold for $24,130, a world auction record for the form. 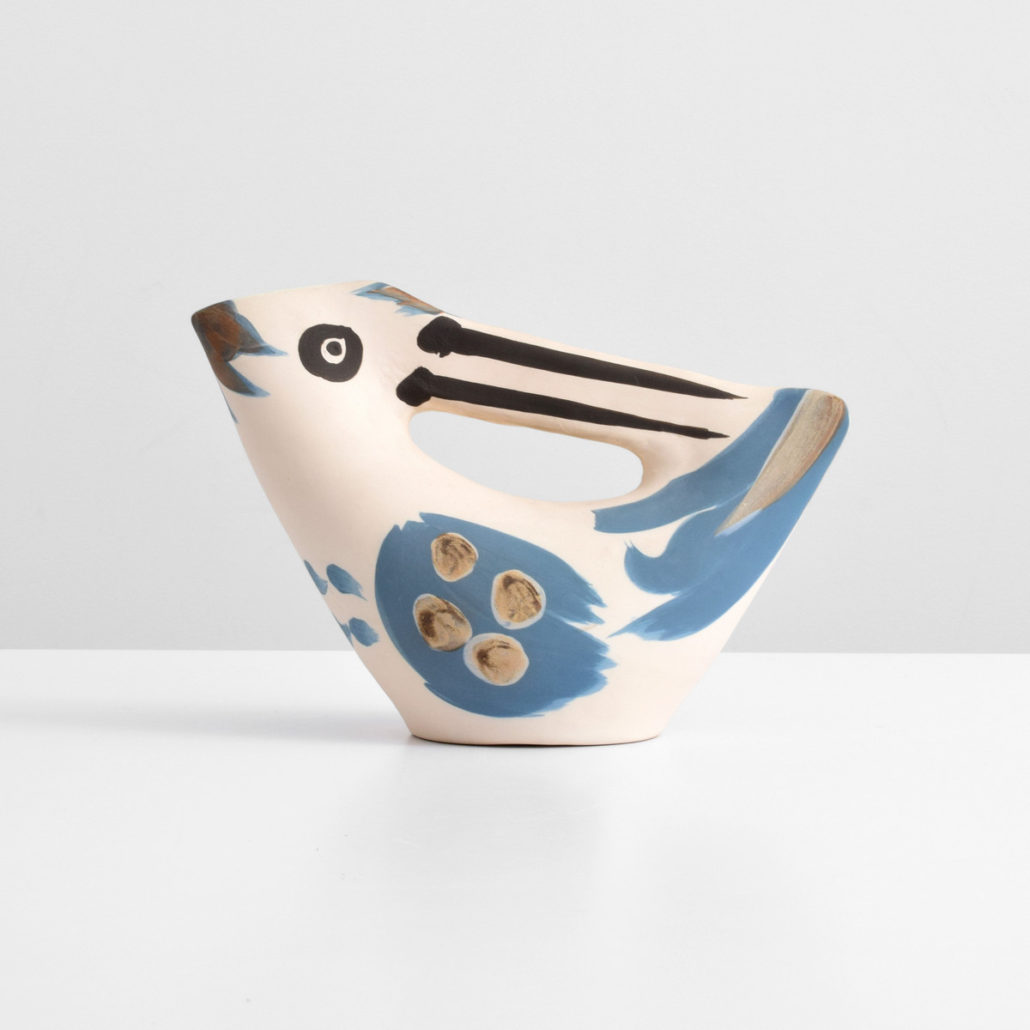 The top lot of the sale (shown below) was a sculpture by Harrry Bertoia (American, 1915-1978) titled Sonambient. Made of beryllium copper and brass, and accompanied by a COA from the artist’s son, Val Bertoia, it settled near the top of its estimate range at $58,420. 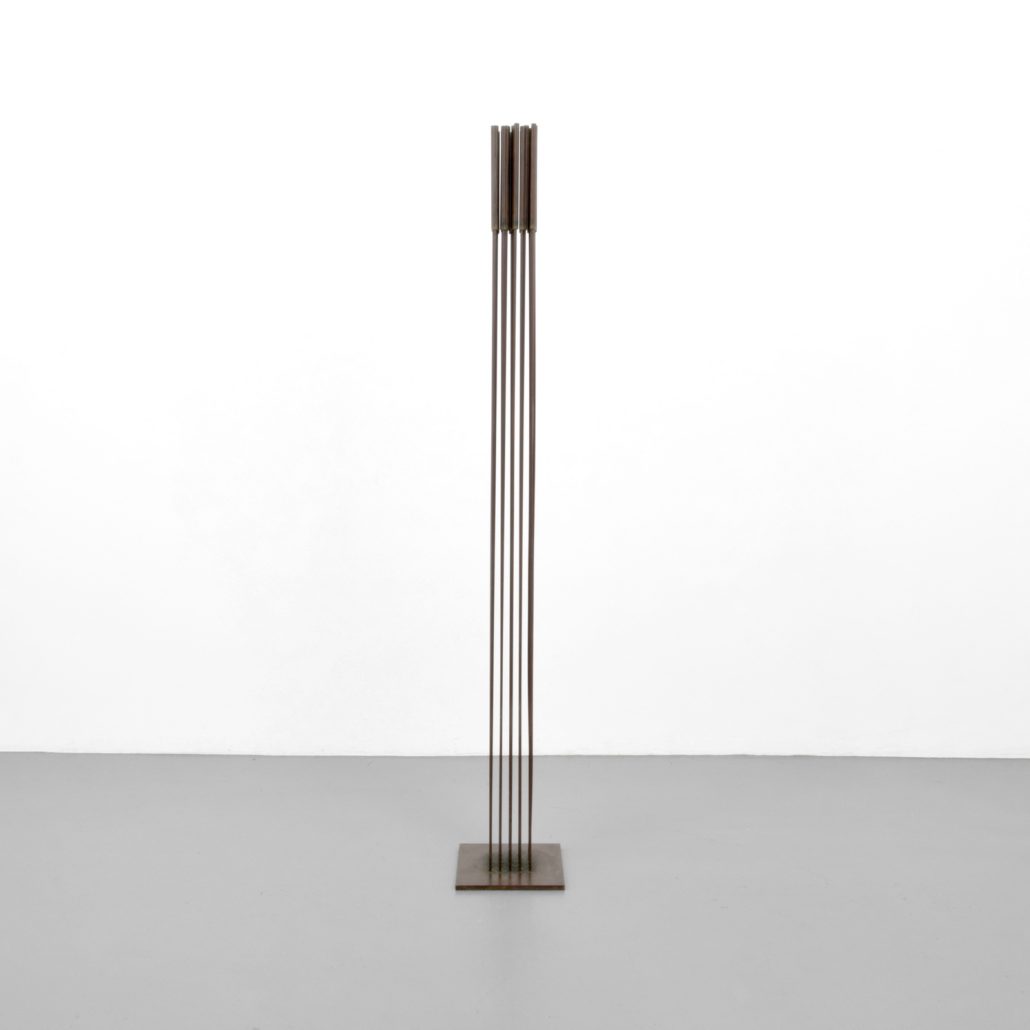 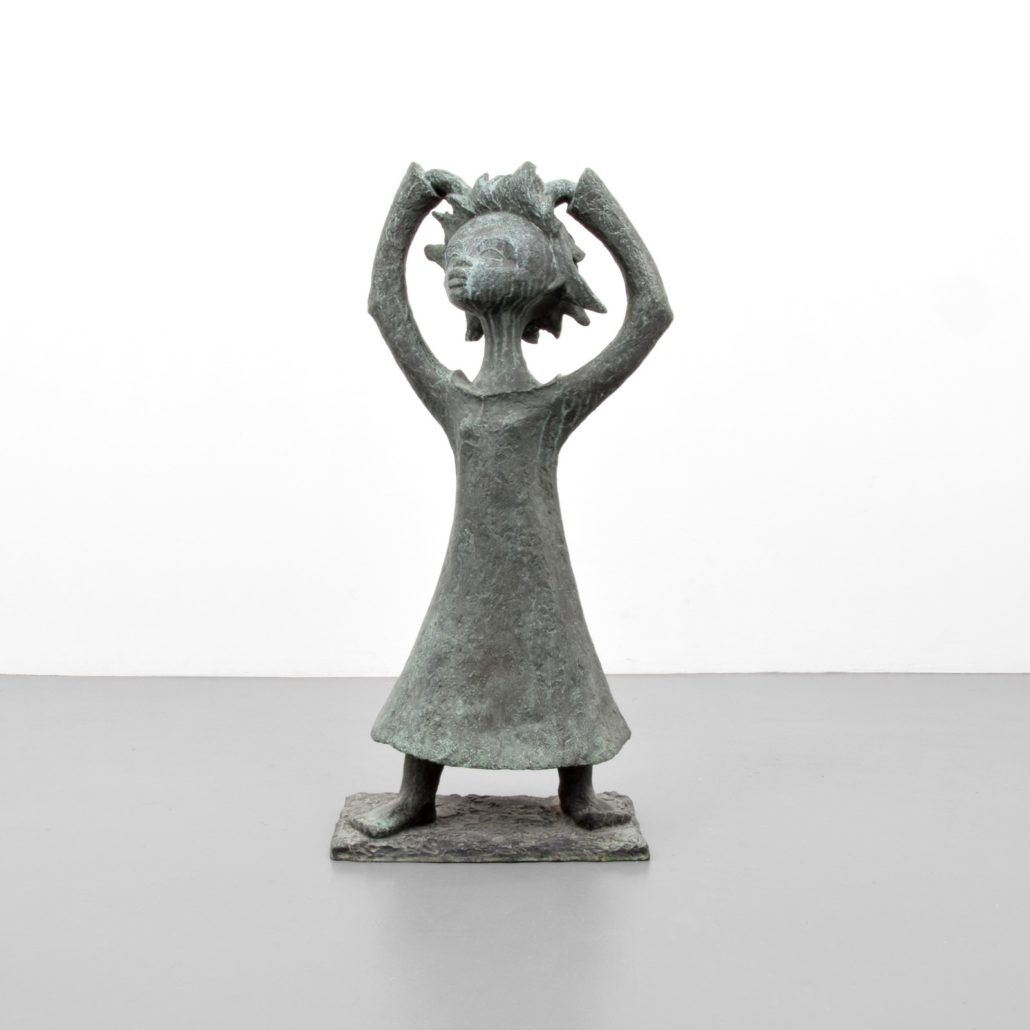 A signed Keith Haring (American, 1958-1990) artist’s proof titled Three Lithographs: One Plate had been donated by the artist in 1986 to Brother, Help Thyself, a Washington, D.C. nonprofit, for inclusion in an AIDS benefit auction. A quintessential Haring image, the artwork sold at PBMA within estimate, for $50,800. 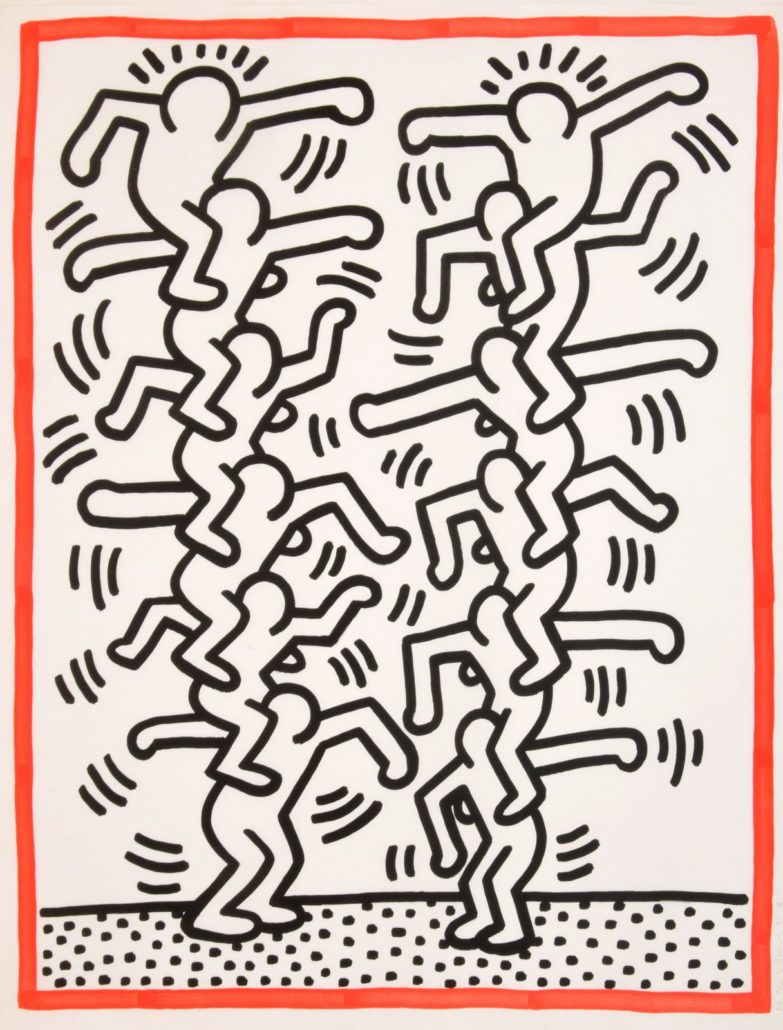 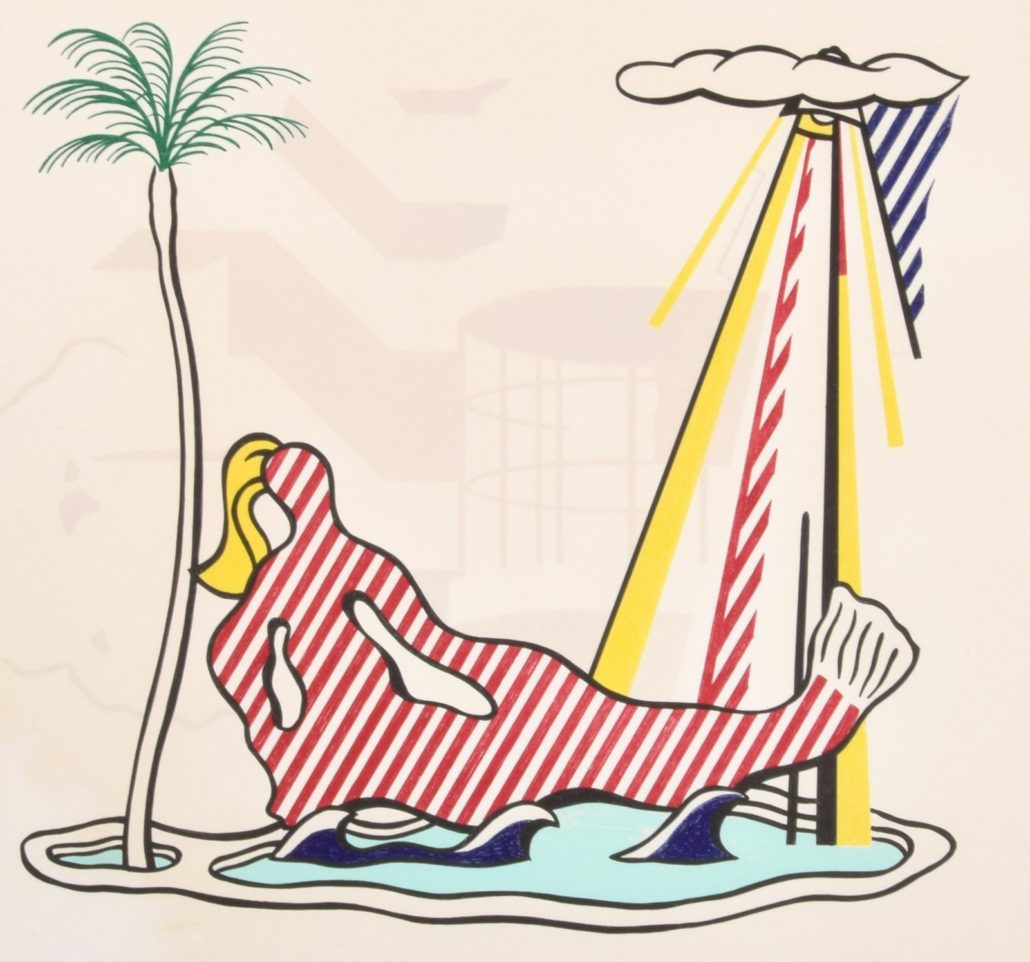 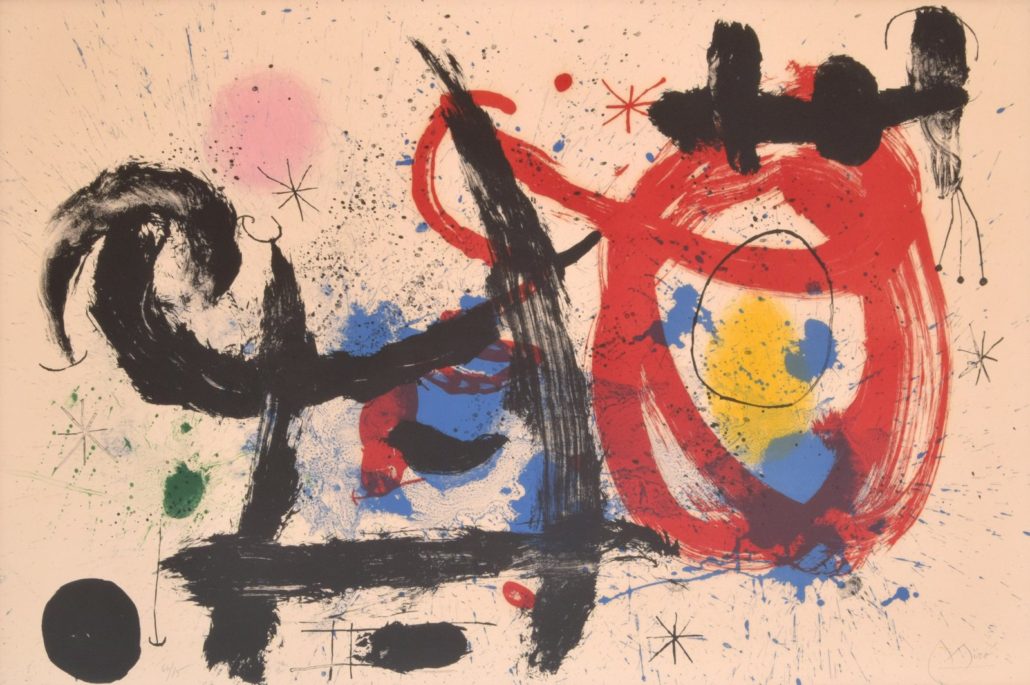 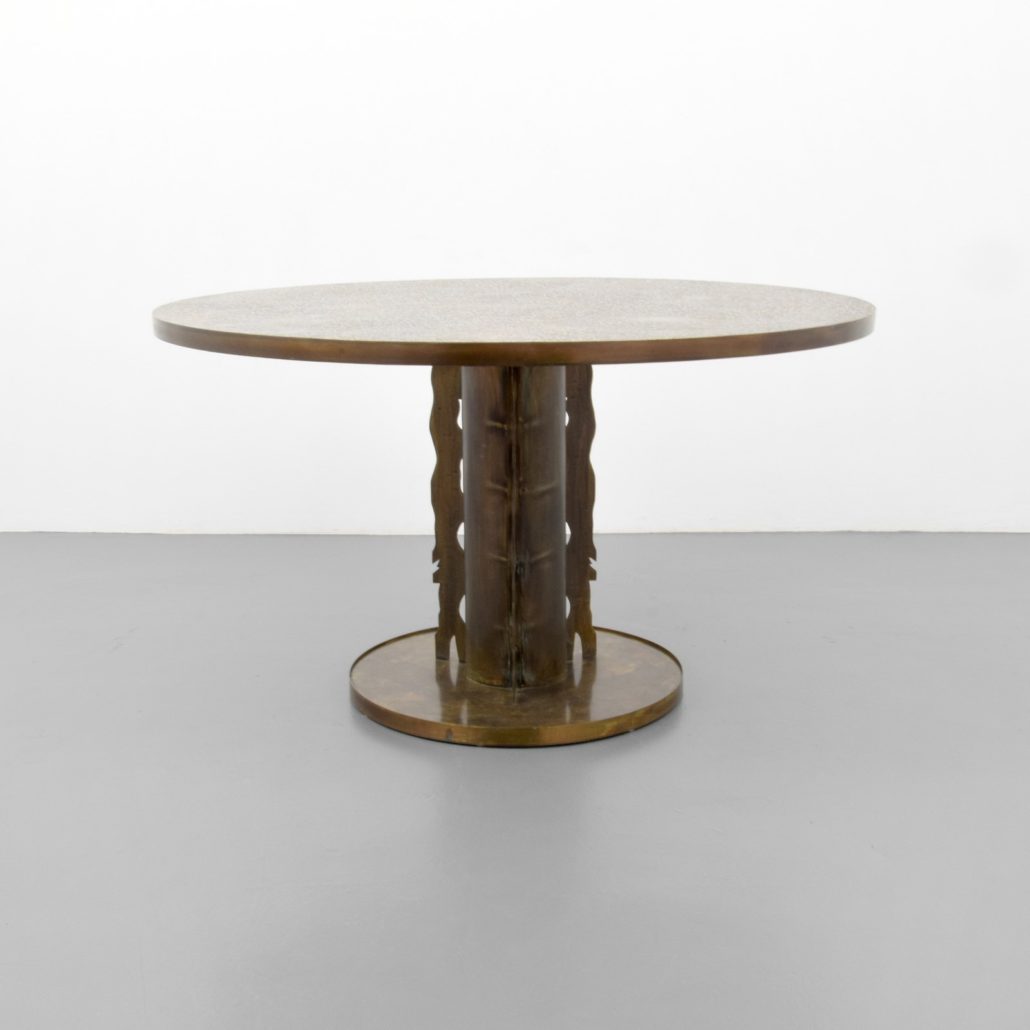 PBMA co-owners Rico Baca and Wade Terwilliger made sure the auction’s mood was light and festive throughout – which wasn’t hard to do with a theme like “Studio 54 Revisited.” Guests were greeted by entertainers impersonating “Diana Ross,” who sang on an outdoor stage; and “Divine,” who handed out disco-ball necklaces as souvenirs. 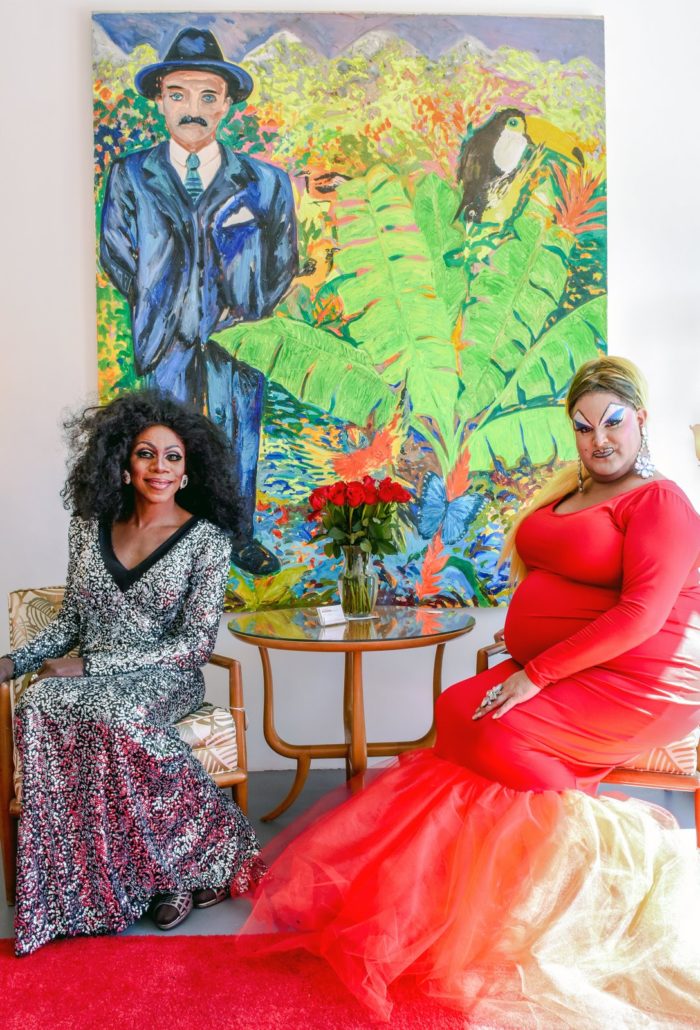 As guests arrived, they were entertained in Studio 54 style by a Diana Ross impersonator (left) and a convincing “faux” version of Divine (right), who passed out souvenir disco-ball necklaces.

During the auction, “Divine” drew the names of two door-prize winners, each of whom received a Richard Manning print. 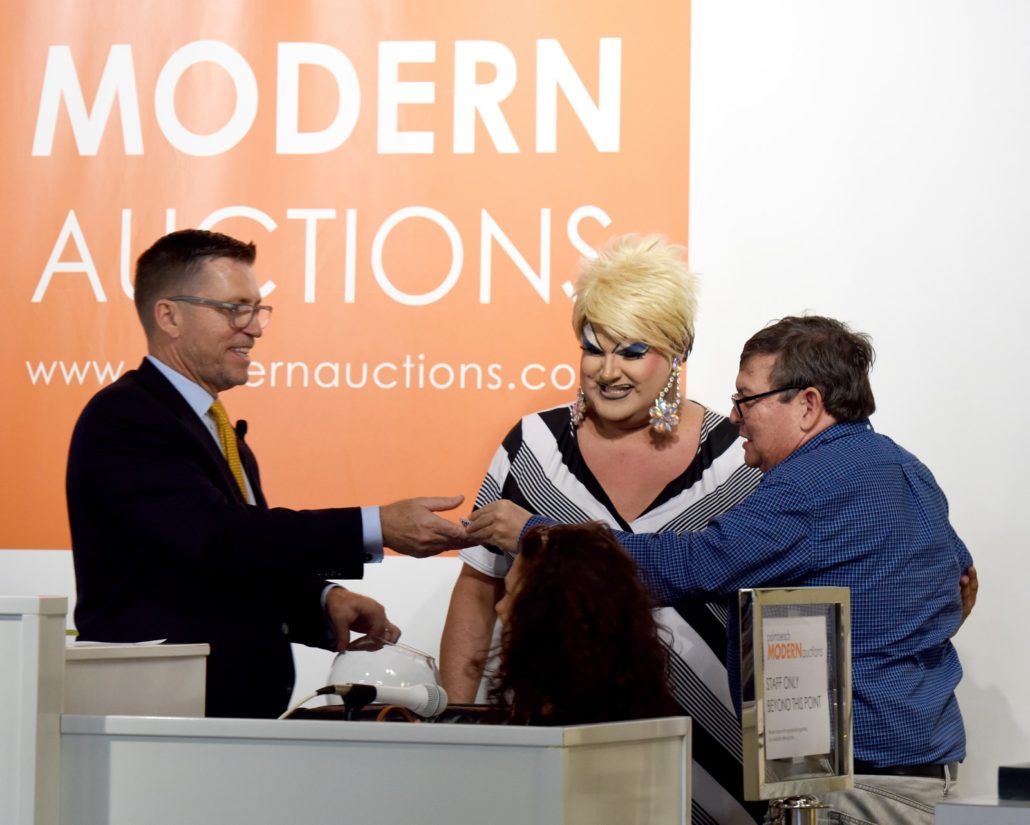 Guests enjoyed a delicious catered lunch, snacks and drinks, all under the watchful gaze of a suspended Man in the Moon that was an actual prop from the fabled New York City nightclub. 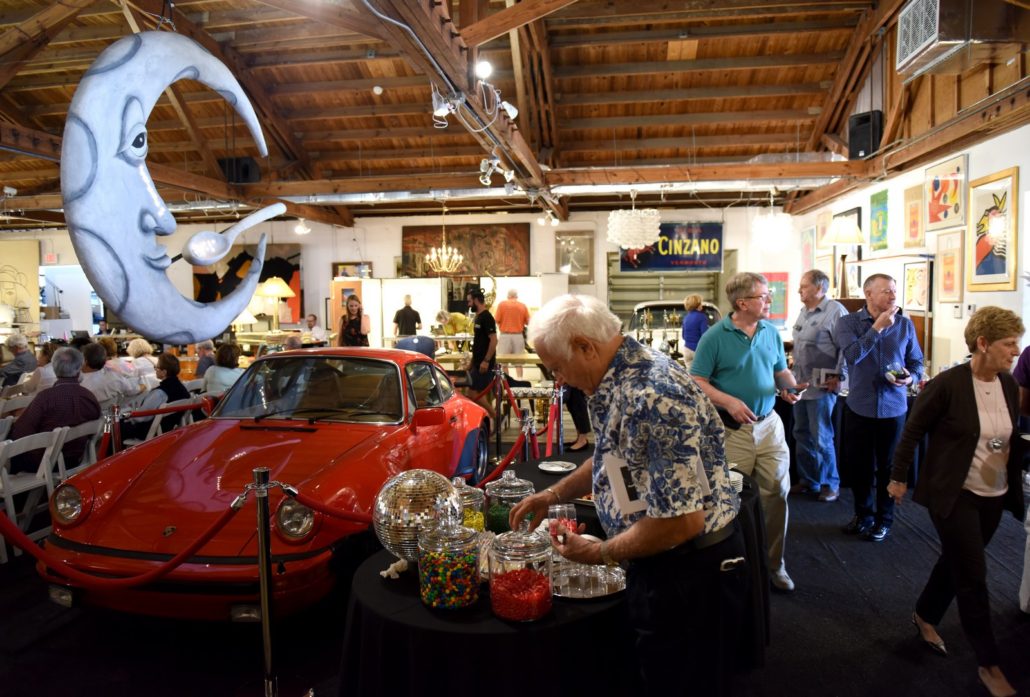 Snack time under the gaze of an actual prop used at Studio 54 in its heyday, a Man in the Moon with spoon

PBMA will conduct a Modern Art, Design & Luxury Auction in April. To discuss consigning to the sale, call 561-586-5500 or e-mail info@modernauctions.com. View the fully illustrated catalog for the Feb. 4-5, 2017 auction online, complete with prices realized, at LiveAuctioneers.com.

View the catalog and full prices realized on LiveAuctioneers