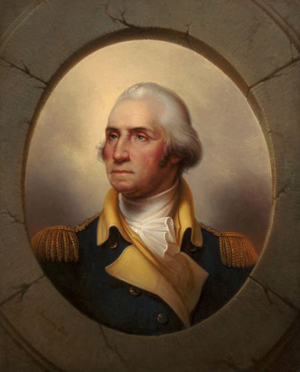 DALLAS – Rembrandt Peale’s iconic portrait of U.S. President George Washington—created in the artist’s lifelong quest to paint the most recognizable image of the “Father of the United States”—realized a new world record for a porthole portrait by the artist when it sold for $662,500 to lead Heritage Auctions’ two-day, $4.5-plus million American art events in Dallas. LiveAuctioneers.com provided Internet live bidding.

The May 10-11 events spanned American Indian art, Texas, Western and California Art and masterpieces of Fine American art. The auction sold 88 percent by lot and 93 percent by value and pushed three artists’ records past $500,000.

Peale’s portrait of Washington was presented with his equally iconic portrait of Martha Washington, which reached $158,500. It followed other important offerings including John McCrady’s Steamboat ‘Round the Bend, a mammoth tribute—both figuratively and literally—to Southern regional art. At 14-feet wide, the 1946 commission for Delmonico’s Restaurant in New Orleans is recognized as McCrady’s most famous mural, helping it realize $542,500—a new world record for the artist. Jerome Thompson’s 1865 oil on canvas titled Riverbank in Bloom sold for $512,500 to shatter its $8,000-plus preauction estimate and set the new record for this artist.

“These results confirm Heritage Auctions looms large in the American art auction arena,” said Ed Beardsley, vice president of fine art at Heritage. “An increasing number of important collectors trust us with their paintings and sculpture because we consistently deliver knowledgeable buyers across the complete spectrum of American fine art.”

Among the offerings of Western and California Art were a number of iconic works, such as Indian Tales, Taos, 1922 by Blanche Grant, which realized $62,500 and Girl with Calabash, Moorea, 1977, by Millard Sheets, a notable example of California modernism, which fetched $40,625. Additional highlights include four butterfly paintings by Albert Bierstadt, offered individually, which realized a combined $64,375, Thomas Hill’s Trout Fishing, 1891, brought $42,500 and End of Day by Gordon Snidow, achieved $30,000.

A fresh-to-market selection of American Indian art was led by a rare and substantial Apache pictorial coiled storage jar, which reached $32,500 to more than double its preauction estimate. A monumental Santa Clara redware jar by Richard Eberlacker, sold for $18,750, and a Santa Clara carved blackware jar by Margaret Tafoya, fetched $15,625.

The auction also features a collection of pre-Columbian gold ornaments, pendants and talismans, led by a large Quimbaya gold pendant, circa A.D. 1200-1400, representing a composite human/animal creature, which sold for $15,625.

Additional highlights include but are not limited to:

View the fully illustrated catalog for the Heritage Auctions American art events held May 10-11, complete with prices realized, at LiveAuctioneers.com. 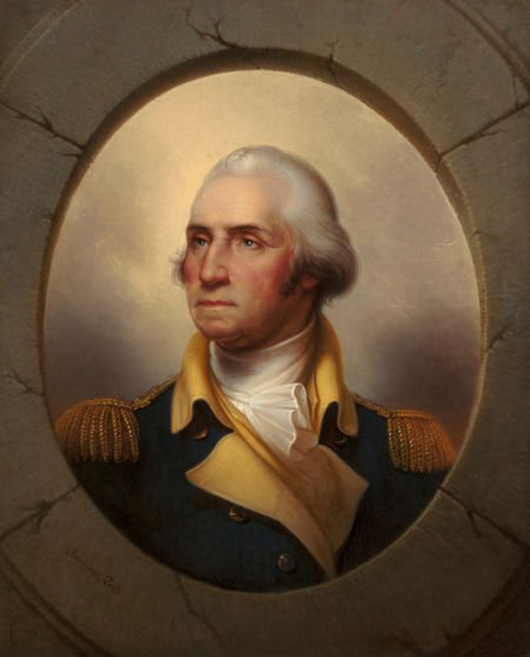