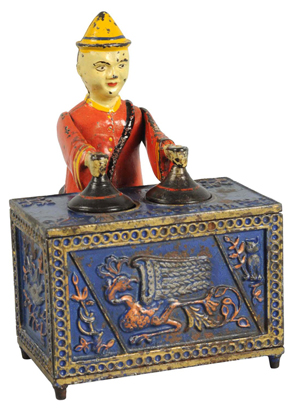 DENVER, Pa. – With 2,750 auction lots from which to choose, collectors of antique toys, banks, dolls and sports memorabilia felt like Christmas had already arrived Sept. 13-15 at Morphy’s Pennsylvania gallery.

“We offered a great variety and excellent quality in virtually every category in the sale. There were a lot of happy buyers, some of whom had traveled long distances to attend,” said Morphy Auctions CEO Dan Morphy. LiveAuctioneers.com provided the Internet live bidding for the sale.

Several major collections anchored the three-day auction, which realized $2.76 million, inclusive of 20% buyer’s premium. The Al Winick collection of 100 fine mechanical banks was described by Morphy as “the best mechanical bank collection to come to auction since the world-record Steckbeck sale of 2007.” More than 100 bidders turned out to bid in person during the bank portion of the event.

The Winick banks certainly lived up to Morphy’s assessment, with a rare blue variant of Kyser & Rex’s circa-1886 “Mikado” mechanical bank claiming top-lot honors at $198,000. A beautiful example in near-mint condition, the cast-iron depiction of a magician performing a sleight-of-hand shell game trick had been estimated at $100,000-$150,000.

With crossover appeal to black Americana collectors, an 1880 “Freedman’s Bank” was in enviable near-mint condition and came with provenance from both the Tudor and Steckbeck collections. It cashed out at $138,000, comfortably within its $125,000-$150,000 estimate range.

Other Kyser & Rex cast-iron mechanical banks that finished in the top 10 included a Merry-Go-Round, ex Steckbeck collection, $126,000; and Roller Skating bank depicting an old-fashioned skating rink with skaters, $84,000. Also finishing well in the money were two desirable productions by J. & E. Stevens: a football-theme Calamity bank in superb condition, $38,400; and an 1880 Chimpanzee bank, $37,200.

There was keen interest in Ed Sandford’s collection of pristine Japanese die-cast robots. Several bidders even made the trip all the way from Italy to Pennsylvania to preview and pursue prized pieces from the collection. Most of the robots were made in the 1960s by companies whose designs are now very rare and collectible, e.g., Popy, Clover, Takara and Bandai. Fetching the highest price was Takara’s Diaclone Big-Powered Convoy, a toy that inspired the later Transformer production known as Ultra Magnus. Estimated at $600-$1,000, it muscled its way to a winning bid of $10,800.

Not far behind it was a mint-boxed Popy GA-50 Daiku Maryu, which was never marketed outside Japan. With its particularly rare blue missiles and original packaging, it had no problem reaching $10,200 against an estimate of $4,000-$6,000.

At the Sept. 13-15 auction Morphy’s presented part I of the 40-year Jack Matthews collection comprising more than 2,000 scarce composition figures from the O.M. Hausser (Elastolin, Pfeiffer) and Lineol companies. A scarce Hausser eight-wheeled armored car with electric lights, Panzer driver and even its original Morse Code unit stowed in the rear compartment found favor with collectors, who bid it to $6,600.

Every classification in the sale had its own knowledgeable following. Doll aficionados competed vigorously for a circle dot Bru bebe with bisque socket head, blue paperweight eyes and original kid body. Dressed in a blue-gray satin dress with matching hat, the blond beauty reached the midpoint of its estimate range at $10,200.

Morphy’s has a full slate of auctions planned for the fall and winter months. To contact Morphy’s, call 717-335-3435 or e-mail serena@morphyauctions.com.

View the fully illustrated online catalog for the Sept. 13-15 auction, complete with prices realized, at www.LiveAuctioneers.com. 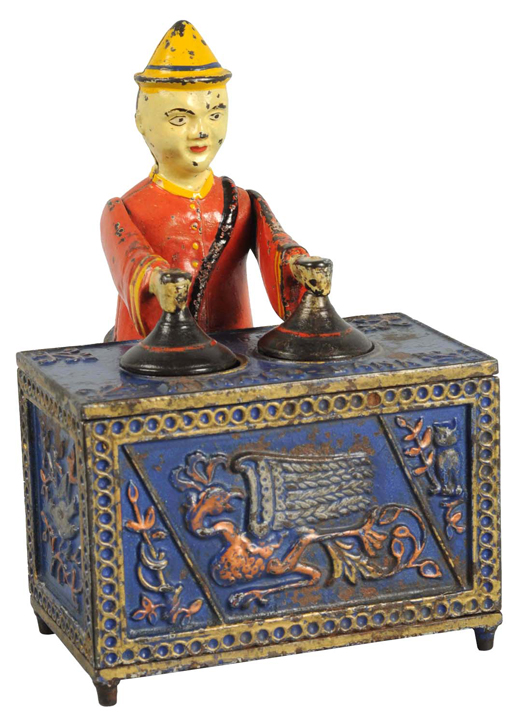 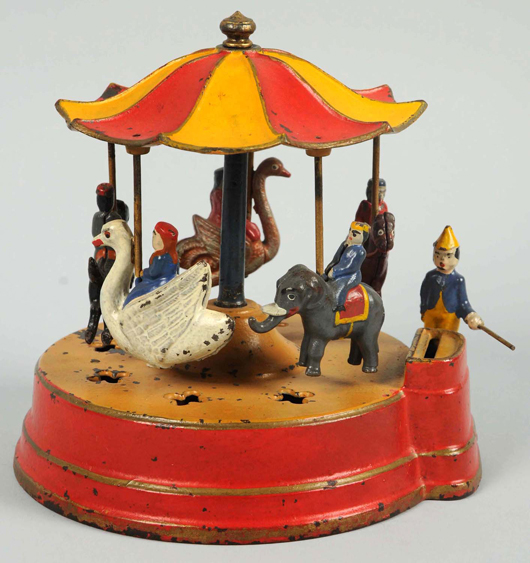 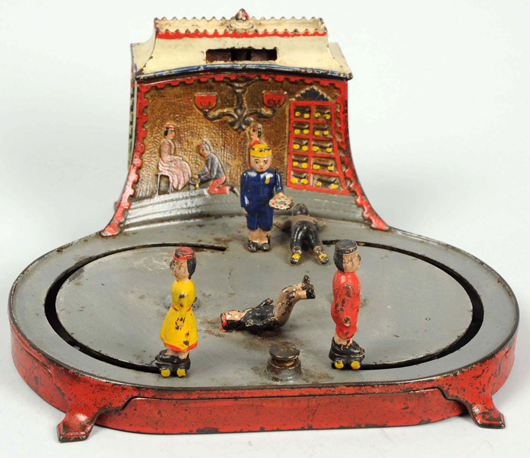 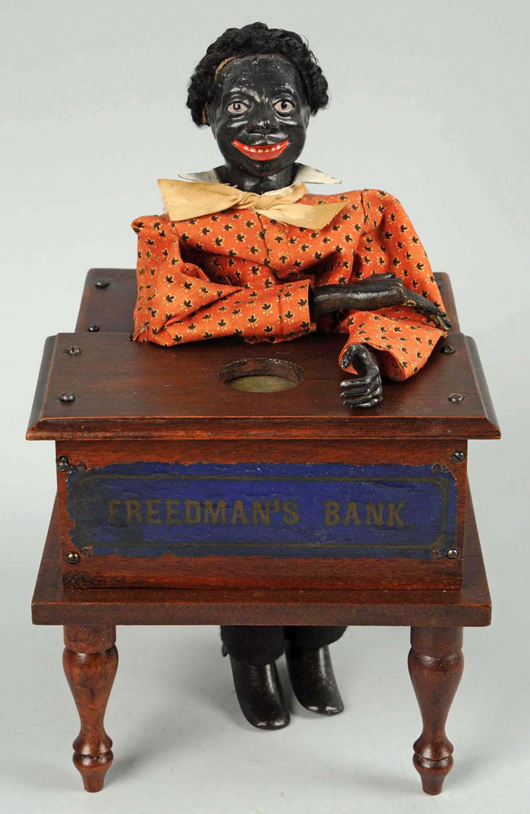 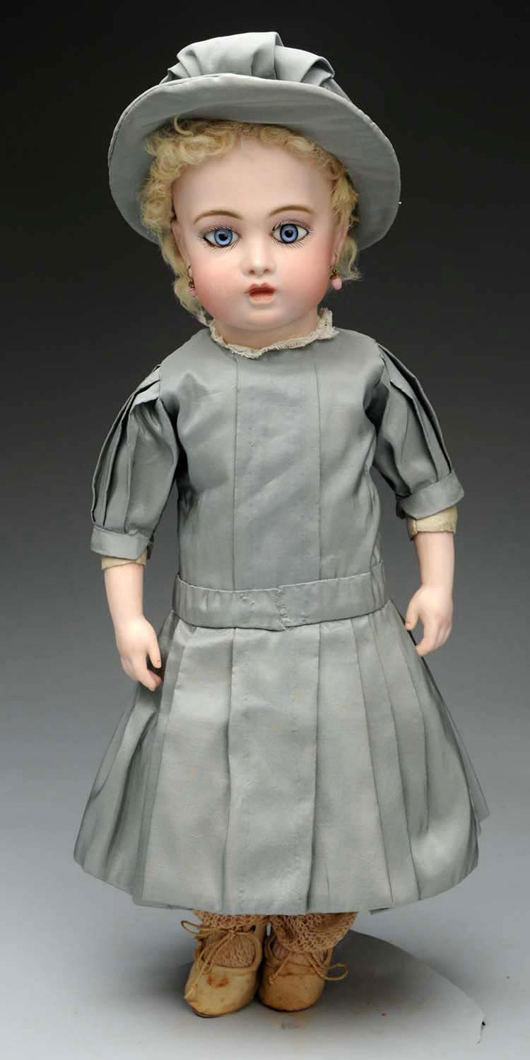 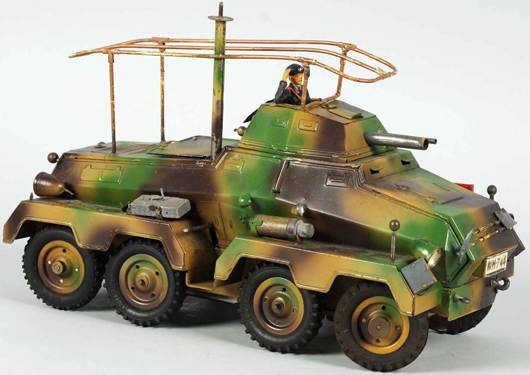 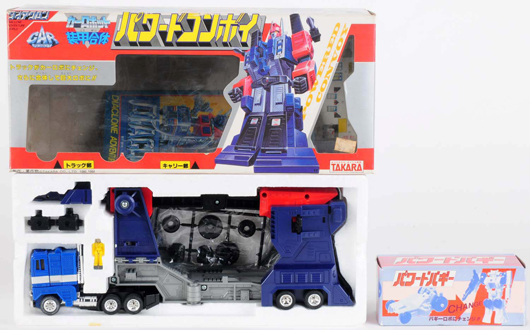 Ceramics Collector: Splendor of the pharoahs revived on porcelain
Scroll to top