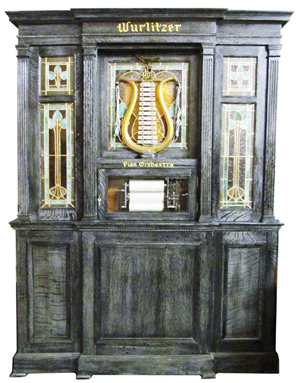 The Wurlitzer PianoOrchestra featured viola-cello, piano, mandolin, cymbal bass drum, snare drum, display, glockenspiel and 37 pipes, all housed in a monumental and handsome display cabinet measuring 94 inches tall by 69 inches wide by 34 inches deep. The PianOrchestra plays Style #17 rolls and came with about 40 rolls. It was the sale’s top lot.

Close behind was the Ephraim Thayer hand tub, or pump, named for its maker, who was an apprentice to Revolutionary War hero Paul Revere (whose own legacy at the Boston Fire Department was a result of his profession as a craftsman and coppersmith). Thayer went on to become a prominent fire apparatus builder in his own right. The pump sold was in very good condition.

Headlining the auction was the lifetime collection of Robert and Harriett Potter – a vast accumulation of firefighting memorabilia and other items – Part 2 of the outstanding lifetime pedal car and toy collection of Ed and Christy Ramsey, Session 5 of the best tobacco and cigar tin collection ever offered at auction, and other items culled from estates and collections nationwide.

In all, nearly 2,000 items came up for bid, with only 15 not selling because they failed to meet the reserve.

“It was the best fall auction we’ve ever had,” said Mike Eckles of Showtime Auction Services, based in Woodhaven, Mich. “We had mostly country store, gambling and saloon on Saturday, and fire memorabilia, toys and pedal cars on Sunday, and as a result the auction had two distinct crowds.”

Eckles estimated those crowds at about 200 people per day. Over 1,500 people registered to bid online. More than 400 phone bids and over 1,000 left bids were also recorded. By the time the final gavel came down, the auction had grossed nearly $2 million. Showtime has posted better, but in the spring, not the fall.

“It was a strong sale, when you take into account the fact that this is an election year and people are still very much concerned about the economy,” Eckles said. “But it didn’t seem to affect us at all. Serious collectors will turn out regardless of the economy, and we had almost 2,000 lots of investment-grade antiques and collectibles to choose from. That definitely helps.”

Following are additional highlights from the auction. All prices quoted include a buyer’s premium:

A circa 1880s Samuel Robb cigar store Indian figure, 78 inches tall (including the base) and boasting excellent color and patina, gaveled for $77,000. The figure had early professional repaint. Also, a tobacco and cigar store back bar and counter having a marble base with curved glass corner and beveled mirror, 120 inches long, in very good original condition, made $55,000.

Two lots posted identical prices of $15,400. One was a rare Campbell’s Soup porcelain thermometer, one of only two known, 7 1/4 inches by 12 1/2 inches, in good condition except for some minor paint loss. The other was a dolphin cigar lighter with sterling silver trim and horn body. The piece was purchased from a museum and was in excellent, all-original condition.

Showtime Auction Services has moved its spring auction from the usual last weekend in March to the weekend of April 12-14 so as not to conflict with Easter. Featured will be the lifetime, 40-year collection of Bill and Kathie Gasperino, collectors in many categories, Part 2 of the Robert and Harriet Potter collection, and quality merchandise from over 100 other consignors. It promises to be a diverse sale. 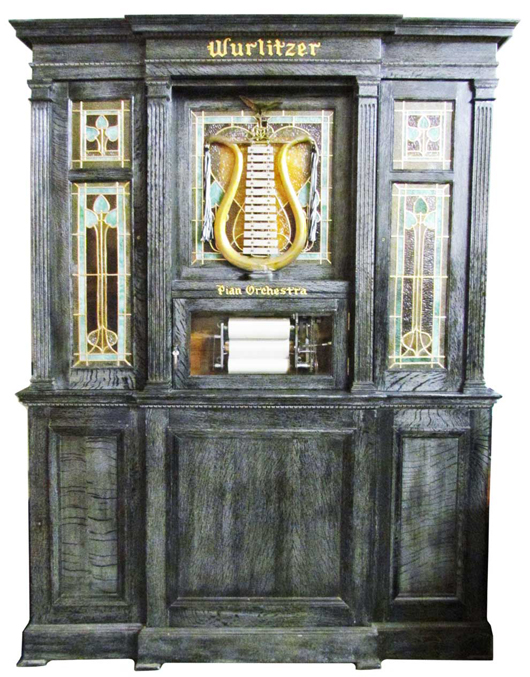 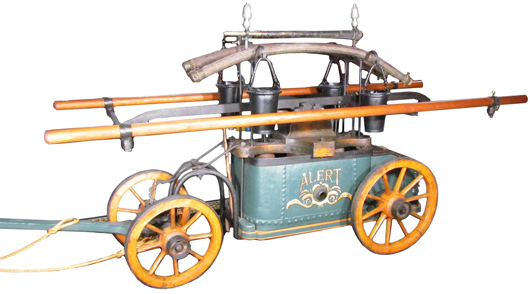 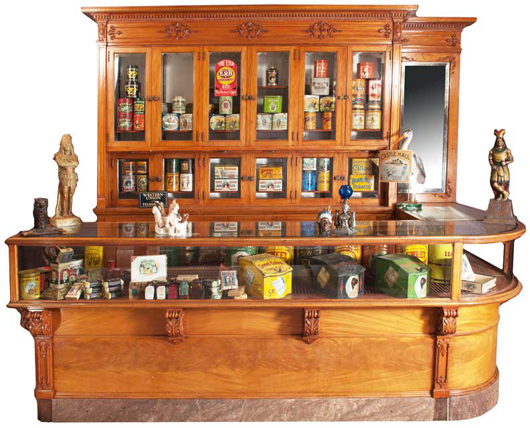 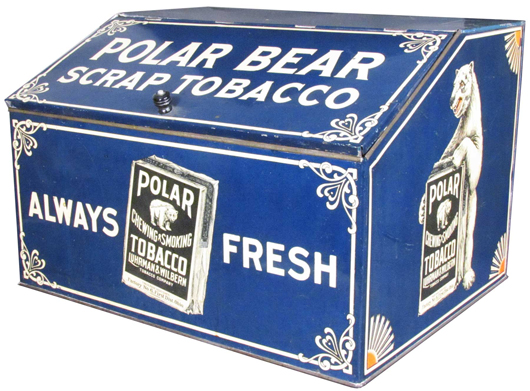 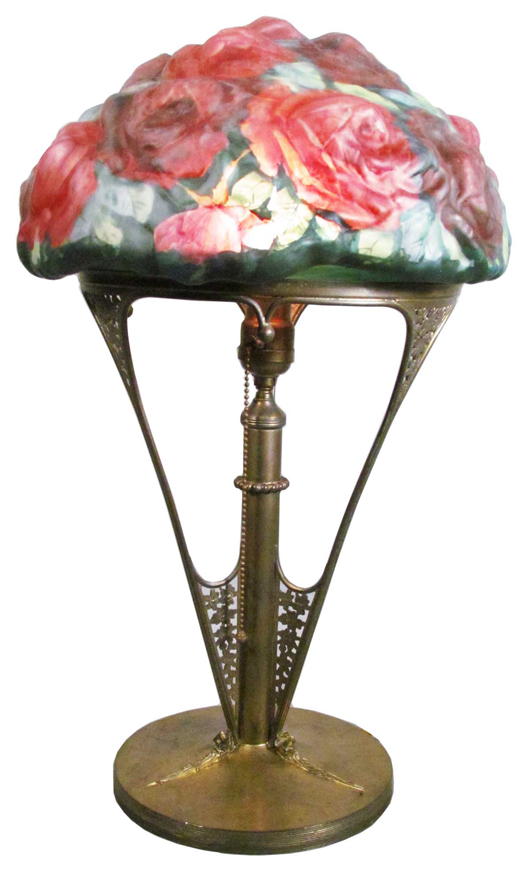 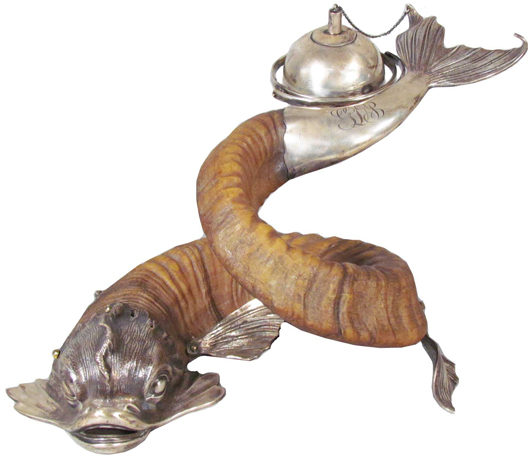 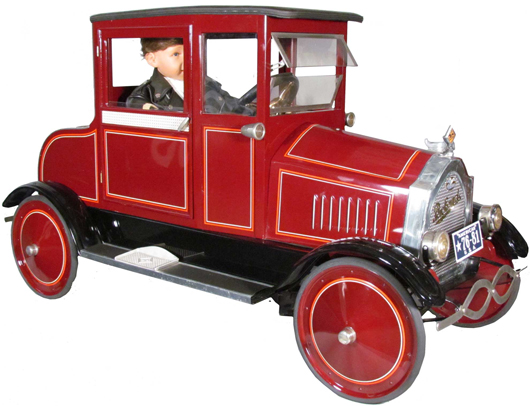 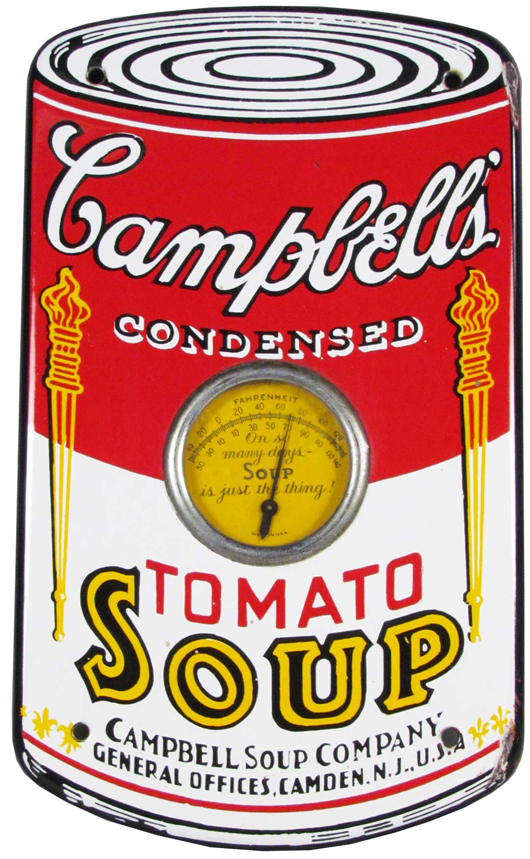 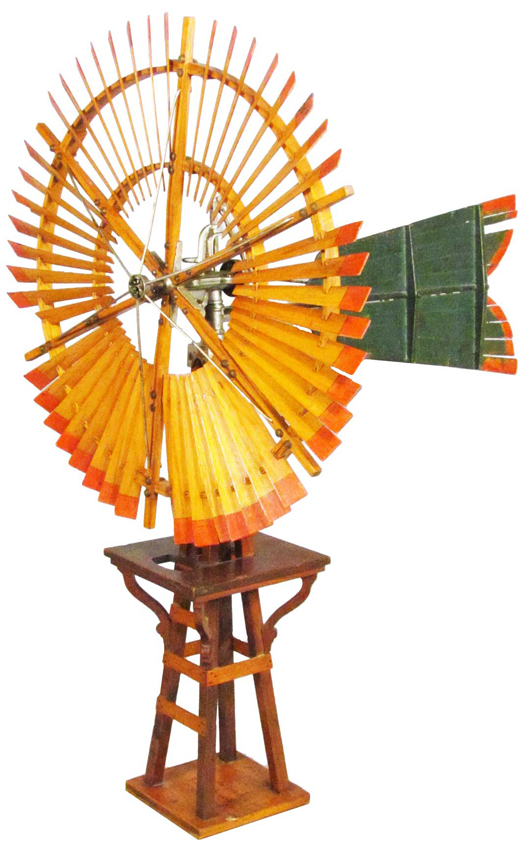