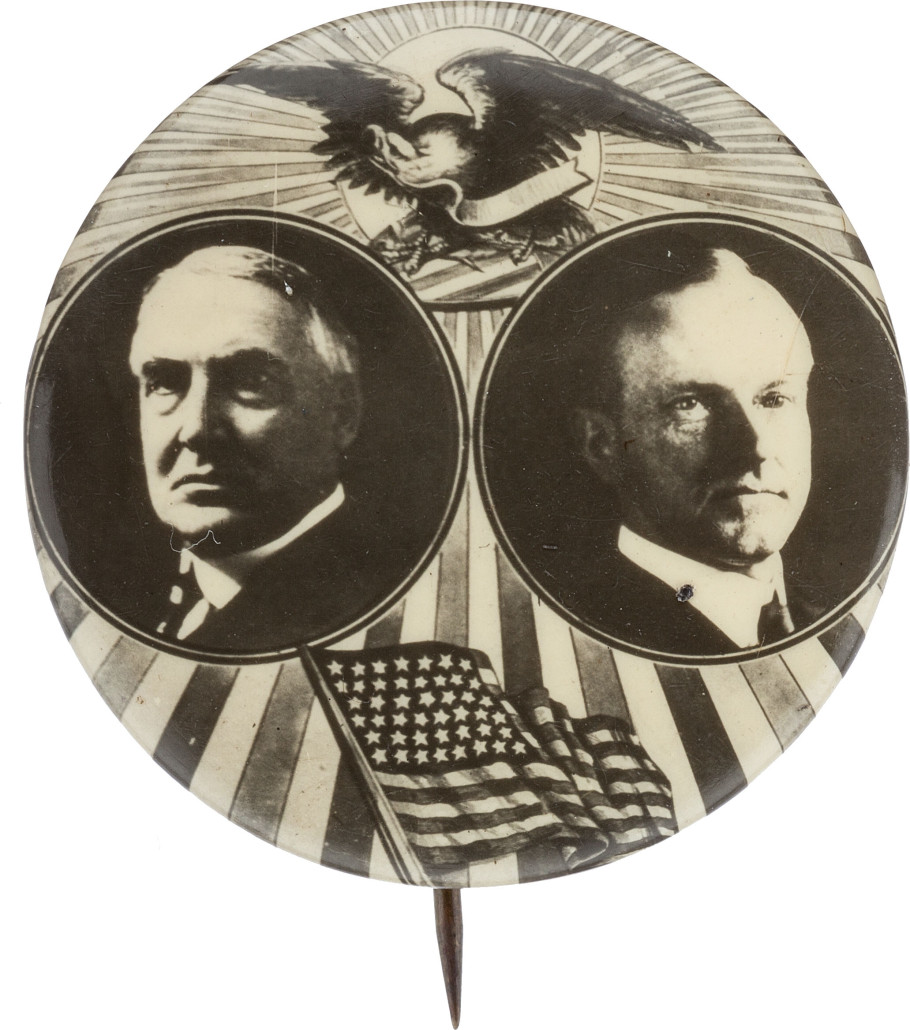 DALLAS – A rare and important jugate pinback button featuring Presidents Warren G. Harding and Calvin Coolidge (above) as they were in 1920 sold for $25,000 against a $10,000 estimate in Heritage Auctions’ presentation of Part III of the Merrill C. Berman Collection of Americana & Political Memorabilia. Offering more than 350 examples of the hobby’s most familiar and coveted pieces of campaign paraphernalia, the latest offering from the collection brought a combined $561,694 Sept. 26 in Dallas.LiveAuctioneers.com provided absentee and Internet live bidding.

“We watched bidders surpass estimates all day long,” said Tom Slater, director of Americana Auctions at Heritage Auctions. “It truly is a career highlight to help this collection find appreciative homes with a new generation of collectors.”

Bidders quickly focused on historical rarities and images from America’s important early political leaders. One of the earliest-known photographic campaign items ever produced – an 1852 daguerreotype for Winfield Scott’s failed Presidential campaign – also sold for $25,000. The daguerreotype (below) is one of just two known to exist and was presented in immaculate condition. 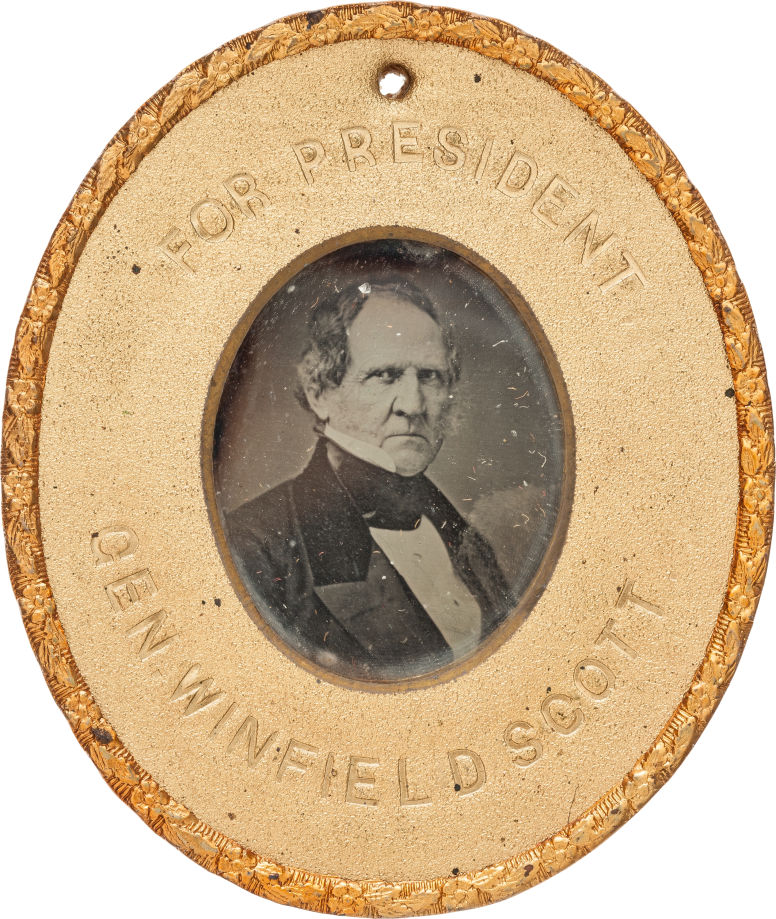 An unusual, quill pen ferrotype image of journalist Horace Greeley (below) saw interest from five bidders who pushed the auction price to $16,250.

A highly prized campaign ferrotype image of Horace Greeley, in the form of a quill pen to celebrate the candidate’s career as one of America’s greatest journalists. Estimate: $15,000+. Price realized: $16,250. Heritage Auctions image

An iconic 2-1/4-inch pinback (below) from 1948, positioning Harry S. Truman as the candidate who could deliver “60 Million People Working” sold for $15,625. A lithographed tin license plate attachment with portraits of the 1928 Democrats Al Smith and Joe Robinson, shown superimposed on Smith’s trademark brown derby hat, sold for $15,000 after six bidders flew past the jugate’s $3,000 estimate. 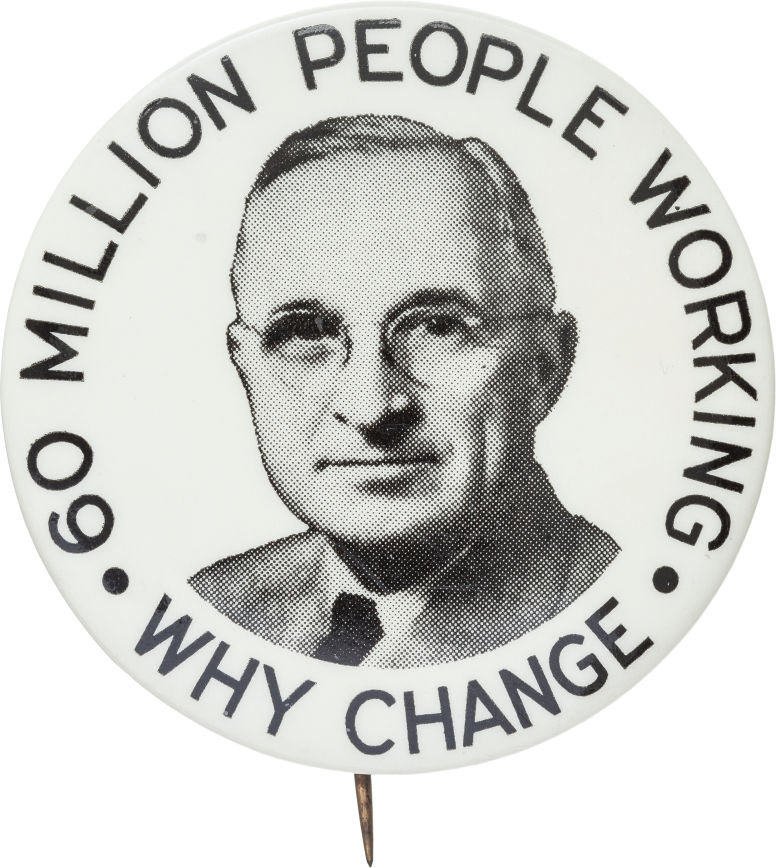 Additional high-profile political buttons, badges and brooches include a highly coveted 3-inch 1860 Abraham Lincoln hat badge (below) — made by members of the avidly collected Wide Awakes campaign group — which sold for $14,375; an 1896 jugate button featuring cartoonish depictions of William McKinley and Garret Hobart riding a bicycle, which ended at $13,750; and a Large Oval Sulphide Brooch featuring Martin Van Buren, which sold for $12,500 against an $8,000 estimate. 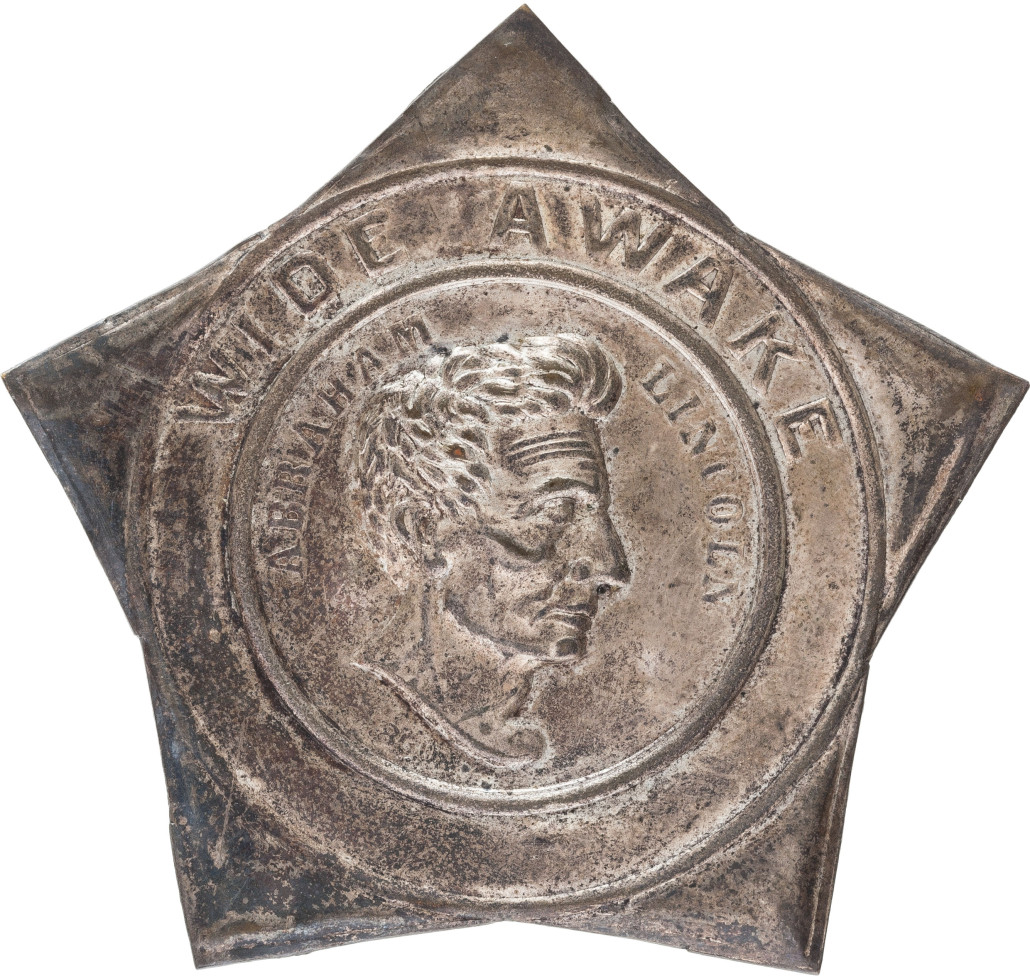 Additional highlights include, but are not limited to:

A much sought-after jugate of candidates Coolidge and Dawes, the 1924 Republicans: Realized: $10,625.

A 7/8-inch button issued for Huey Long, the Louisiana governor who originated the “Share the Wealth” program before being gunned down by an assassin in the Louisiana State House: Realized: $8,750 (against a $1,000 estimate).