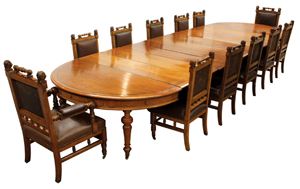 Bidding from across the country was spirited for this rare Pottier & Stymus dining suite, which sold for an impressive $23,700. Clars Auction Gallery image.

OAKLAND, Calif. — While July can routinely be a quiet month for auctions, this was not the case at Clars’ July 15 sale, which saw spirited bidding from major Victorian collectors worldwide on a rare Pottier & Stymus, N.Y., dining suite. The sale, which earned over $600,000, also saw strong results in the modern and contemporary fine art that was offered and jewelry did exceptionally well. It was the second highest earning July sale in the firm’s history.

The Pottier & Stymus dining suite, which was executed in 1874 for the A.A. Cohen Estate, Fernside Mansion, in Alameda, Calif., was composed of the table with all its leaves, 12 chairs that retained their original leather embossed backs, and a marble-top sideboard, which was designed to hold all the table leaves. Held privately for over 125 years, this American Renaissance Revival work of art was saved by the Cohen family from a fire that destroyed the mansion in 1897. It was then passed on to the Rena A. Paul family, where it remained until it came to auction at Clars. The presale estimate on this suite was $10,000 to $20,000.

“It was very exciting,” said Deric Torres, director of furnishings and decorative arts for Clars, “to see the biggest buyers in the country vie for this rare offering.” In the end, it came down to a battle between a Missouri collector and a Michigan collector, with the latter winning at $23,700.

Another exceptional offering of American history in furniture design was an impressive American Neo Grec bedroom suite attributed to Herter Bros. New York, 1875. This bedroom suite was part of the Harrah’s Pony Express Museum Collection until 1976. Once again, collectors country-wide participated in the bidding, but it was finally sold to a young San Francisco collector for $11,850.

Over the past few auctions, Clars has had the honor of representing deaccessioned lots from the Honolulu Museum of Art. In July, a 17th century-style reproduction suit of armor from this collection sold for an impressive $8,888. Provenance of this lot, combined with the quality of craftsmanship, drove this lot well over its high estimate of $2,000.

Rounding out the top sellers in decorative arts was a late 18th century pair of Continental giltwood carved and polychrome decorated figural sculptures. Selling for nicely within estimate, this lot went for $7,110.

Man Sitting on Quilted Bed, 1949 by contemporary artist Claude Howell (American, 1915-1997) was the top lot in the art offerings selling nicely for $15, 405. Howell is regarded as the most important painter of native North Carolina art. The second top seller in this category was another contemporary work by California artist, Raimond Staprans (b. 1926). Selling for solidly over estimate, his framed oil on canvas, Triple Boats, earned an impressive $14,220.

Clars’ next sale will be held Saturday and Sunday, Aug. 11-12. A complete catalog will be available online one week prior to the sale.

Bidding for Clars’ auctions is available in person, by phone, absentee and live online through www.liveauctioneers.com. 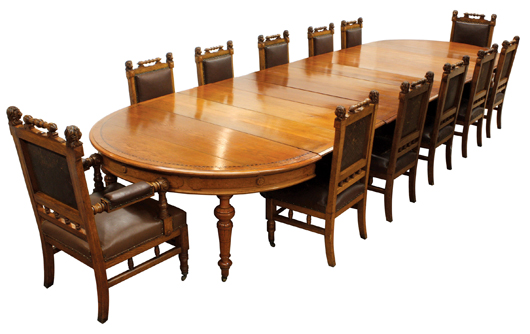 Bidding from across the country was spirited for this rare Pottier & Stymus dining suite, which sold for an impressive $23,700. Clars Auction Gallery image. 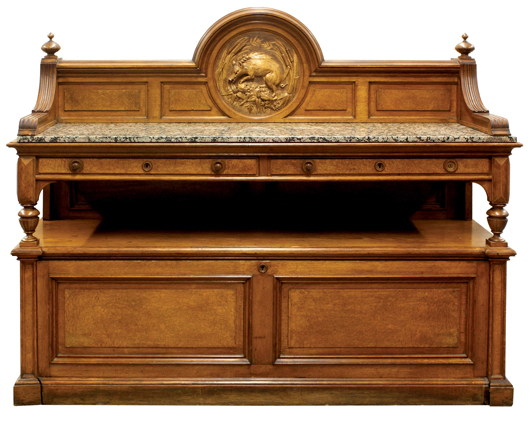 The marble-top sideboard to the Pottier & Stymus dining suite stores the leaves to the table. The set sold for $23,7000. Clars Auction Gallery Image. 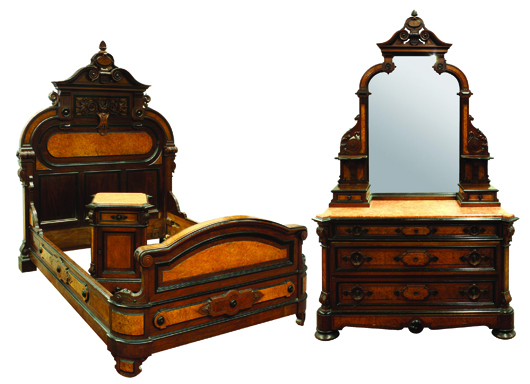 This reproduction suit of armor from the collection from the Honolulu Art museum flew past its $2,000 estimate, selling for $8,888. Clars Auction Gallery image. 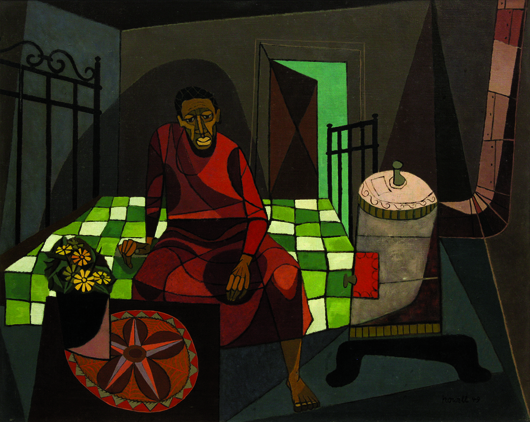 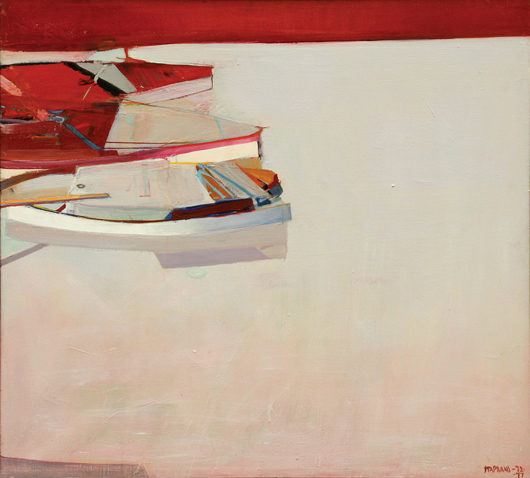 The second top seller in fine art was this framed oil on canvas titled ‘Triple Boats’ by California artist Raimond Staprans (b. 1926), which sold for solidly over estimate for $14,220. Clars Auction Gallery image.