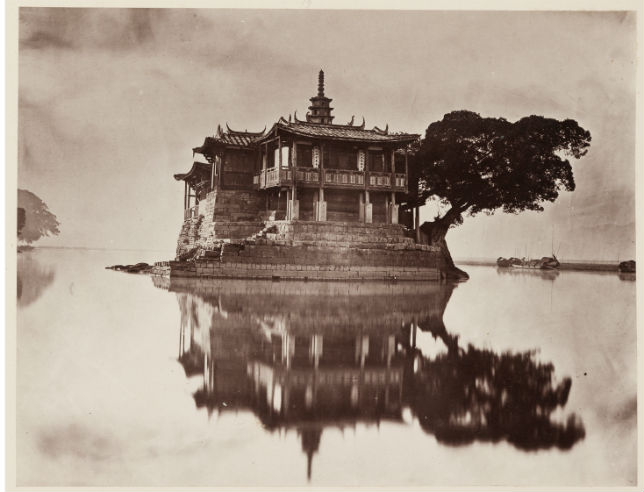 Photo from John Thomson’s 1873 ‘Foochow and the River Min: A Series of Photographs,’ which sold for $100,000. Heritage Auctions image

DALLAS – A rare first edition considered one of the most significant books of photographs of 19th-century China and a copy of perhaps the rarest book about birds in the Americas sold for $100,000 each to lead Heritage Auctions’ Rare Books & Maps auction Sept. 13. The final total for the event was $1,093,325, or 164 percent of the presale estimate.

John Thomson’s 1873 Foochow and the River Min: A Series of Photographs quadrupled estimates to reach its $100,000 return. The collection of powerful autotype carbon photographic prints from Foochow (now Fuzhou) chronicled the trip by the Scottish photographer, geographer and traveler up the River Min. His subsequent work with photographing street people in London secured his legacy and served as part of the foundation for photojournalism. This is one of perhaps as few as eight copies still known to exist from a run of just 46 copies that were produced for subscribers.

Jean Théodore Descourtilz’s Oiseaux brillans du Brésil topped its $20,000 estimate by an even wider margin en route to the $100,000 plateau. From the library of Louis-Philippe, duc d’Orléans, the volume contains 60 fine hand-colored lithograph plates and is so scarce the former director of the United Nations Library in New York once questioned whether any copies remained. Two other copies of the volume by one of the world’s most famous painters of birds reside in institutional holdings – one in the Teyler Museum in Haarlem, The Netherlands, and the other in the National History Museum in London. 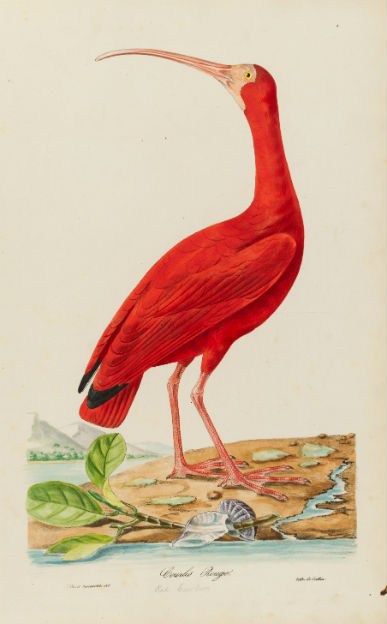 One of the 60 prints contained in Jean Théodore Descourtilz’s ‘Oiseaux brillans du Brésil,’ which also sold for $100,000. Heritage Auctions image

“The top two lots are exceptionally rare books – in the case of Oiseaux brillans du Brésil, this complete copy is believed to be the fifth copy known and boasts all 60 hand-colored lithographs of birds, where the last copy only had 59 prints present,” Heritage Auctions rare books director James Gannon said. “It’s no surprise that the demand among serious collectors was so high, as each is the kind of book around which elite collections can be built.”

Multiple bids drove the final price of The Federalist: A Collection of Essays: Written in Favour of the New Constitution, as Agreed Upon by the Federal Convention, September 17, 1787 by Alexander Hamilton, James Madison and John Jay to $87,500, more than double its reserve. This reissue of the first collected edition of the “Federalist Papers” is a two-volume rarity without a single previous auction record in ABPC or Rare Book Hub.

Tsuguharu Foujita’s A Book of Cats – Being Twenty Drawings. Poems in Prose by Michael Joseph sparked a flurry of competitive bidding before closing at $22,500. A first edition signed by the artist that is No. 28 in a limited run of 500 copies, this volume contains 20 engraved plates inserted throughout (included in pagination), each rubber-stamped “Made in France” on the bottom corner of each recto, as issued.

The auction included the largest collection of maps ever offered through Heritage Auctions, many of which fared exceptionally well, including:

– John Speed. A New and Accurat Map of the World. Drawne according to ye truest Descriptions latest Discoveries & best Observations yt have beene made by English or Strangers: $17,500.

– John James Audubon. The Birds of America. From Drawings Made in the United States and their Territories: $19,375.