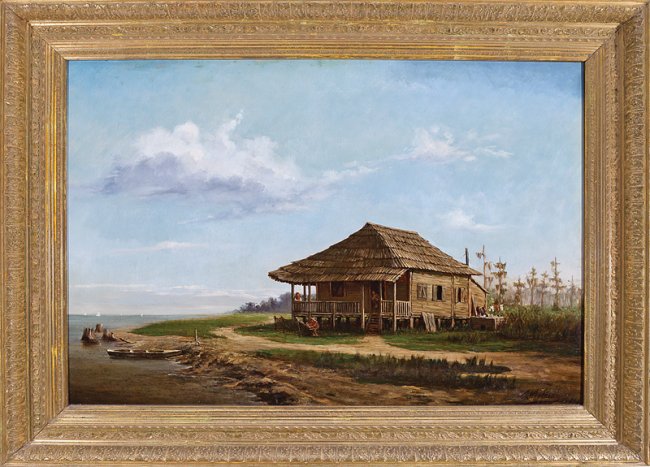 The Important Fall Estates Auction featured a number of notable collections, including property from the renowned Service Collection from the Estate of Grant A. Oakes, Warren, Ohio, which achieved in excess of $700,000. The Service Collection, which has been prominently featured in prominent publications on 19th century American furniture and decorative arts, is one of the most important single-owner collections of its type to come to auction in years. Neal Auction Co. presented the first phase of the Service Collection as part of its Winter Estates Auction, where it achieved a similarly impressive $800,000, bringing the sales total for the collection in both auctions to over $1.5 million.

The painting by Andres Molinary (American/New Orleans, 1847-1915), titled North Shore, Lake Pontchartrain (Fisherman’s Cabin), was the top lot in the auction, selling for $261,500.

Two paintings by Louisiana artists tied for runner-up honors at $110,250. The first was an Ida Rittenberg Kohlmeyer grid painting from the 1970s titled Cluster #1 (below). The second was a “Blue Dog” painting by George Rodrigue. 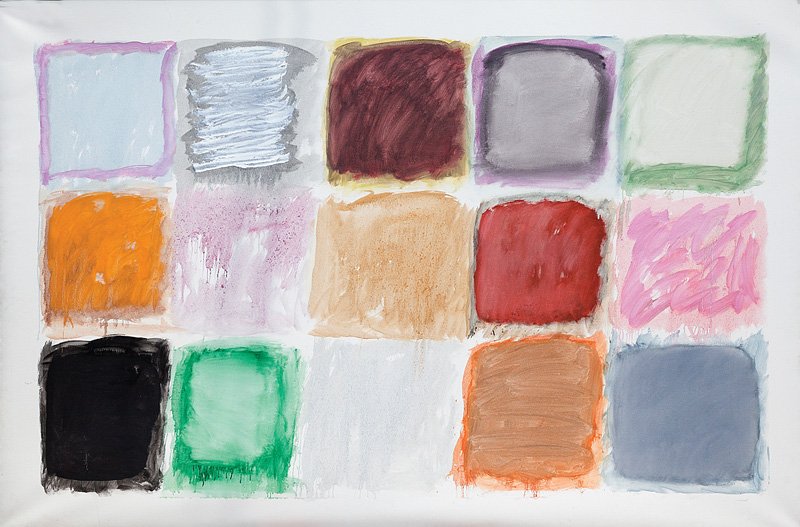 Ida Rittenberg Kohlmeyer (American/New Orleans, 1912-1997), ‘Cluster #1,’ the first in a series of highly coveted grid paintings created by the artist in the 1970s $110,250. The price represents a new auction record for the artist. Neal Auction image 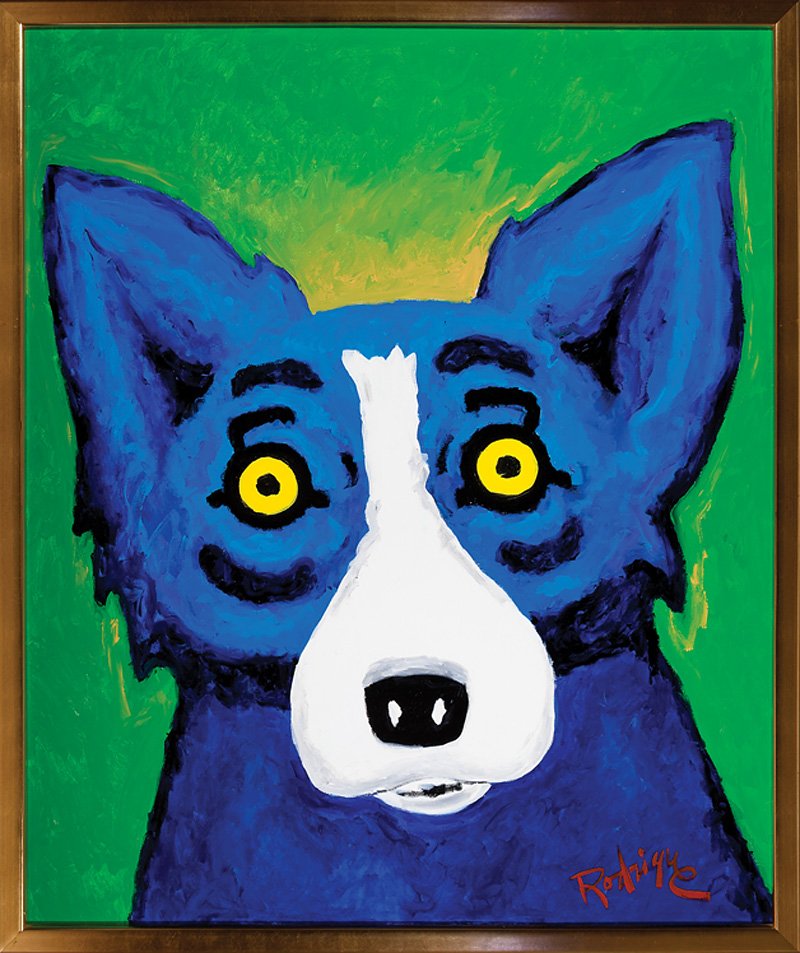