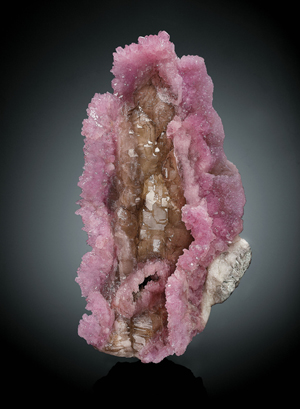 Mined in Brazil in the late 1950s, the La Madona Rose rose quartz specimen, 15.5 x 8 inches, set a price record as the most valuable fine mineral specimen ever offered at auction when it realized $662,500. Heritage Auctions image.

The auctions’ cornerstone presentation of Part I of The Hoppel Collection, which realized a combined $3 million, shattered numerous records and already stands as the most valuable fine minerals collection ever offered at auction. Journalists, connoisseurs from various art fields as well as dedicated mineral collectors attended the auction, conducted in Heritage’s standing room only auction room.

The collection included such diverse items as a rarely preserved gem-grade aquamarine crystal, which has survived unscathed since it was found in the early 1990s and realized $158,500. A rare world-class specimen of linarite, which also realized $158,500, set a record for the highest price paid for such a specimen of its kind.

“This auction is proof that, as a collectible, fine and rare minerals have value and credibility and that concept has now been proven in a public and transparent fashion,” said James Walker, director of fine minerals for Heritage Auctions. “There was a palpable buzz in the room for the entire auction. Our goal is to create an archive, a reference base if you will, for those who want to enter this collecting arena.”

The auction featured rare examples from all over the planet of some of the finest mineral specimens (some of which are millions or tens of millions of years old), including a large specimen of rhodochrosite from the old Home Sweet Home Silver Mine in Colorado, which realized $146,500; a gem-quality ammonite from the late Cretaceous era, which realized $80,500 and a Brazilian tourmaline standing 16 inches tall, which realized $68,500.

A 10-inch-tall piece of pink kunzite, a variety of spodumene, with provenance to George F. Kunz, Tiffany & Co.’s vice president and chief mineralogist in the early 1900s, realized $68,500. The pink gem variety of spodumene was named after Kunz who gave this particular example to his Tiffany co-worker George Wild.

Three rare and historic (circa late 1800s-early 1900s) Michigan copper specimens performed well as a native copper crystal preserved inside of a copper “skull”—only known example known to exist—brought more than four times its estimate to sell for $23,750 and set a record for a specimen of its kind; a lattice of copper crystals realized $22,500 and a significant group of inter-grown copper crystals lead the trio at $27,500.

The auction offered collectors a few bargains as well, including a sample of calaverite from Colorado’s Cripple Creek region, which realized $2,375.

“There’s more than $2,300 worth of gold in that example,” Walker said. “The savvy person who understands that got a deal on that buy.”

The next offering of The Hoppel Collection is scheduled Oct. 20 in Dallas and will feature a number of important examples of similar natural treasures.

“We already have considerable material in hand for the next two auctions, all wonderful stuff, equally as fine as the selection we offered in the opening salvo,” Walker said. “If the response so far is any indication, were are going to have another record-setting crowd in attendance as we did in the first auction.” 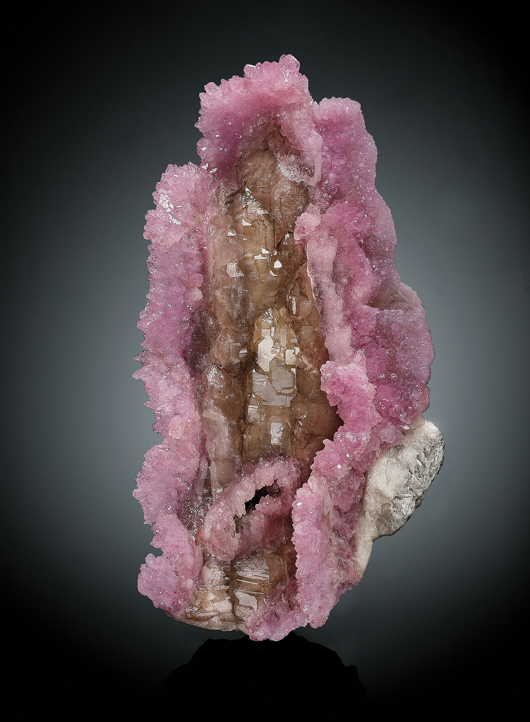 Mined in Brazil in the late 1950s, the La Madona Rose rose quartz specimen, 15.5 x 8 inches, set a price record as the most valuable fine mineral specimen ever offered at auction when it realized $662,500. Heritage Auctions image.

This gem-grade aquamarine crystal, 9 by 1.5 inches and unscathed since it was found in the early 1990s, realized $158,500. Heritage Auctions image. 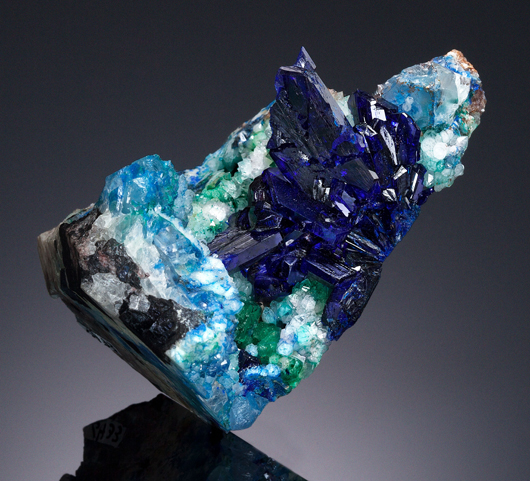 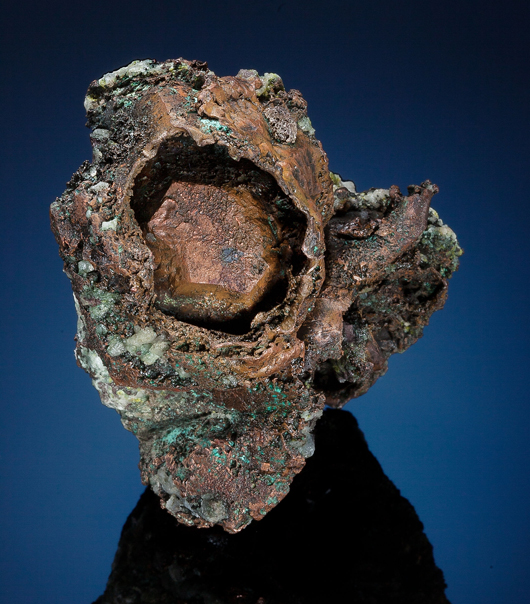 US celebrity chef sued over counterfeit wine
Scroll to top