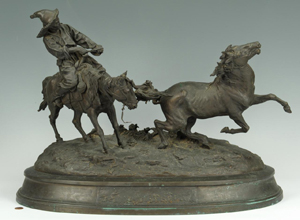 Evgeni Alexandrovich Lanceray (Russian, 1848-1886) large patinated bronze ‘Capture of a Wild Kirghiz Horse’, inscribed E. Lanceray in cyrillic, with foundry mark for F. Chopin in cyrillic, galloped past its $10,000-$15,000 estimate to earn $39,440. It was one of several international lots in the auction that did well and attracted multiple phone and internet bidders. Case Antiques image.

KNOXVILLE, Tenn.— As the mercury outside spiked to an all-time record 105 degrees in Knoxville on June 30, bidders inside the Summer Case Antiques Auction were creating a heat wave of their own. A documented 1,850 bidders competed in person and from around the globe by phone, absentee and online via LiveAuctioneers.com for 750 cataloged lots of fine art and antiques.

There were eight phone lines and multiple Internet and absentee bids in play for the top-selling lot of the auction, a bronze figural group “Capture of a Wild Kirghz Horse” after Russian sculptor Evgeni Alexandrovich Lanceray (1848-1886). A Russian phone bidder roped it in for $39,440, more than double its high estimate. All prices quoted in this report include a 16% buyer’s premium.

Five phone bidders stayed on the line for a second, smaller Lanceray bronze sculpture of a soldier on horseback, which also doubled its high estimate, reaching $8,532. Another lot garnering strong phone interest was a French restoration period gilded and patinated bronze clock, depicting the mythological Jason capturing the Golden Fleece. The clock lacked its original works but was similar to a model signed by Lesieur, now in the collection of the Museé de Malmaison. Estimated at $5,000-$8,000, it soared to $19,140. Another elaborate French clock, the works signed Cie LeRoy Paris and the case made of hand painted porcelain in the style of Sevres with horizontal dial and gilt bronze mounts, ticked to $12,180 against an $1,800-$2,200 estimate.

A rare coin silver julep cup made by Nashville, Tennessee silversmith William Calhoun (working 1835-1865) hammered down for $2,436 (est. $800-$1200), while a circa 1860 agricultural coin silver julep cup retailed by John Kitts of Kentucky, inscribed “Premium on Tobacco,” reaped $1,160. A 1795 map of Tennessee engraved by B. Tanner, showing Native American landmarks, brought $1,508; and a black version of the Alabama Indestructible Doll, made by the Ella G. Smith Doll Company, sold for $3,944 against a $1,200 top estimate. (The company, which operated from 1899-1925, was the first doll maker in the South to manufacture black dolls).

Many bidders came seeking military items. A freshly discovered and graphic archive of over 100 Civil War letters related to Captain Oliver Pinkney McCammon of the 3rd East Tennessee Cavalry (a unit which saw action in Tennessee and lost many of its members when The Sultana exploded), surged past its $4,000-5,000 estimate to $10,440. The diary of Confederate private Adam Kersh of the 52nd Virginia Infantry sold for $2,088 (est. $600-$800), and a letter archive related to Private Weed Nims of the 12th Iowa Infantry and the 1862 capture of Fort Donelson achieved $1,972. A 20th century archive including a bomber jacket and flight records owned by Lt. Colonel Raymond Swenson, the first American pilot shot down in WWII, landed at $1,972 (est. $800-$1,200), but bidders were even more motivated by an archive of the same period belonging to Technical Sergeant George A. Pierce of Tennessee. It included his bomber wings and a much more elaborately decorated jacket, featuring a pinup girl and 31 bombs stitched with the names of the cities bombed by its owner, and shot to twice its high estimate, $5,568.

Estate jewelry was another hot seller. A 2.99-carat fancy yellow diamond and platinum ring earned an outburst of applause when it hammered down for $29,000, double its high estimate. An Art Deco diamond and platinum ladies watch containing 139 small diamonds brought $5,104; while several other diamond solitaire rings and 14K-gold pocket watches brought their high estimates or more. A set of three circa 1900 Chinese silver and hardstone bracelets wrapped up $1,624 (est. $200-$300), and a William Spratling silver and amethyst quartz frog bracelet leapt to $986.

Case is currently accepting quality art and antique consignments for its October auction. For more information, call the gallery in Knoxville at 865-558-3033 or the Nashville office at 615-812-6096; or email info@caseantiques.com. 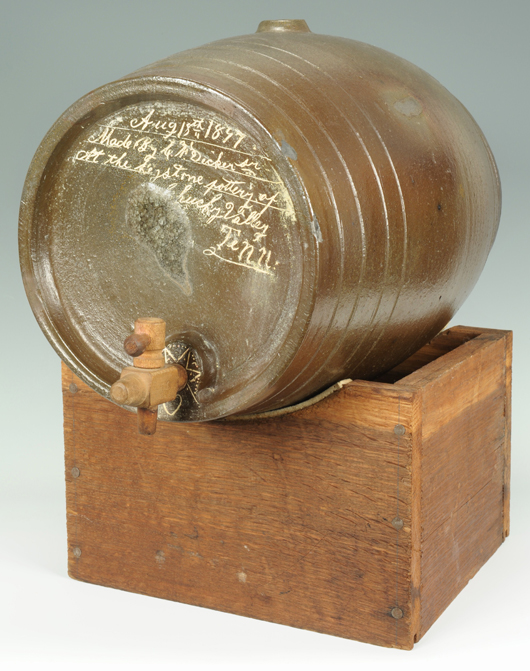 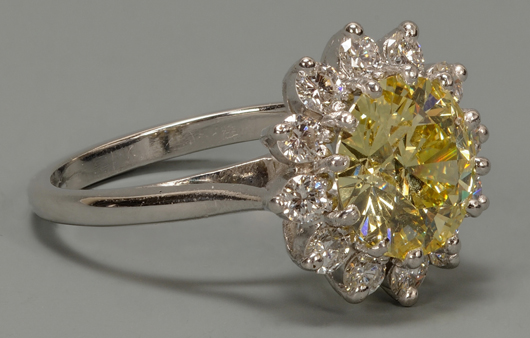 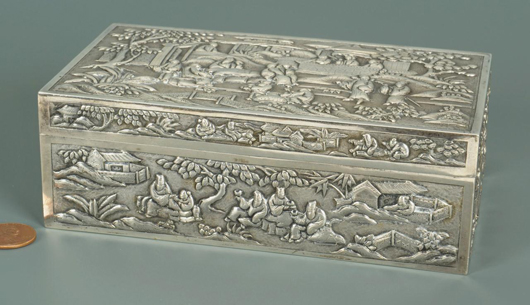 This small Chinese silver trinket box attracted more online hits than any other item in the auction. Reflecting the strength of the market for Asian silver, it competed to $3,480 (est. $600-900). Case Antiques image. 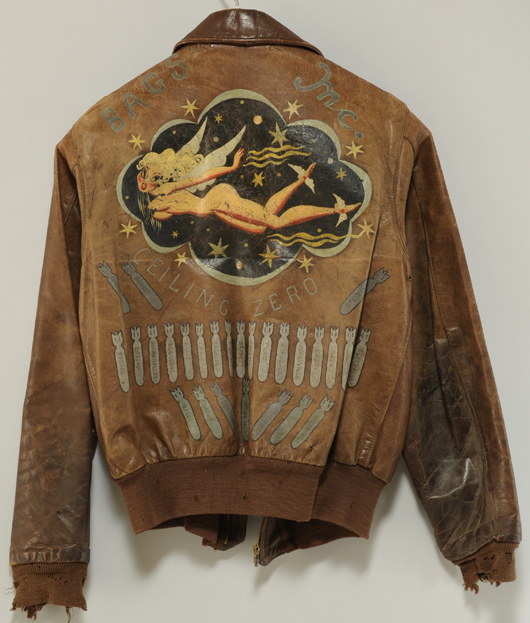 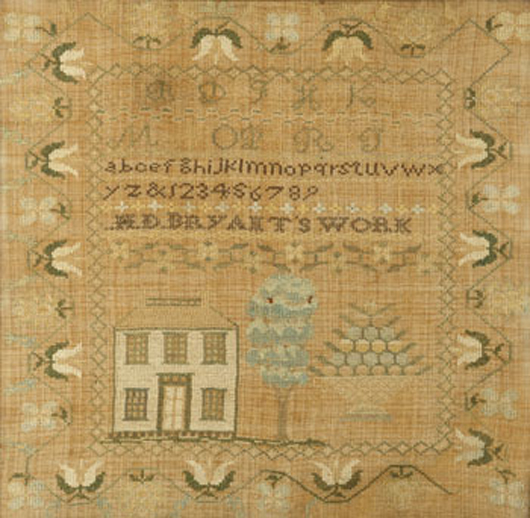 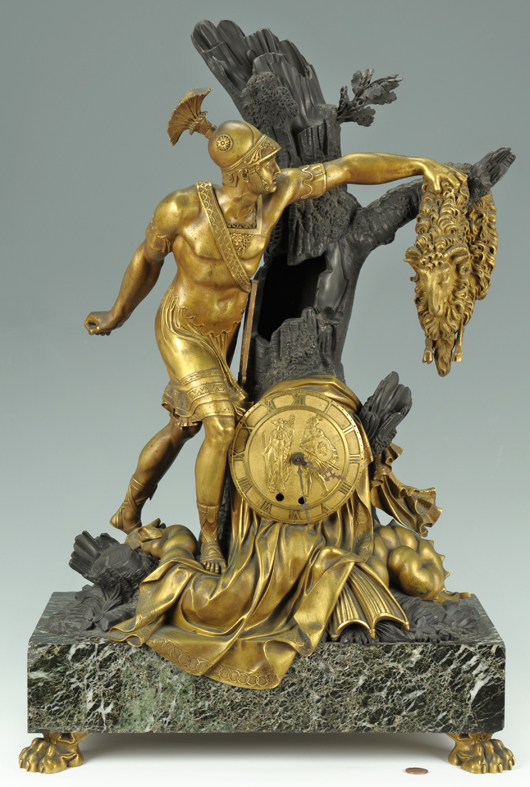 There was strong international interest on this French Restoration period gilt and patinated bronze clock, depicting Jason and the Golden Fleece. It sold for $19,140 despite missing its original works. Case Antiques image.