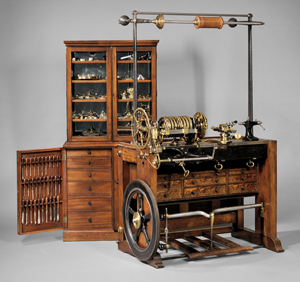 MARLBOROUGH, Mass. – Skinner Inc. recorded strong results for its recent auction of science, technology and clocks on Dec. 1. The sale grossed $1.9 million including buyer’s premium, with many lots far exceeding estimates. LiveAuctioneers.com provided the Internet live bidding for the sale.

Two years in the making, this lathe was originally sold for a price reportedly “in excess of 1,500 pounds sterling” on Dec. 20, 1838 to a London civil engineer, John Taylor Esquire (1779-1863). It is the most complex and fully featured rose engine lathe that Holtzapffel ever made. Of this particular lathe, John Jacob Holtzapffel II wrote in 1886: it is “ … one of three, the last and best we have made.”

Exceptional Holtzapffel turning tools with ivory handles brought $43,200. The ivory-handled tools, displayed in a large mahogany cabinet, amply demonstrate the excellence of Holtzapffel tools. It is likely that these were exhibition tools, shown by Holtzapffel in 1851 at the London Exhibition of the Works of Industry of All Nations.

Items from the Theodore R. Crom watch collection were the subject of highly competitive bidding. “Ted” Crom was an internationally recognized expert on horological tools, watches and clocks. Skinner sold Crom’s tool collection in May 2010: the largest public offering of horological tools ever presented and the sale generated international attention. Similarly, the Crom collection of early watches represented one of the most important offerings of rare timepieces in recent times. An international audience of buyers participating by phone, online and in the salesroom bid the price on many of these items to outstanding levels.

Notable clock sales include an E. Howard & Co. No. 23 90-day astronomical regulator from Boston circa 1870, which sold for $150,000. A dent ebonized quarter-chiming table clock circa 1870 brought an impressive $61,500. This item set a Skinner record for most phone bids on a single item.

In response to the high-volume of bidding, Robert Cheney, director of science, technology and clocks at Skinner, remarked, “If you bring truly unique and rare objects to the marketplace, the bidders respond.” 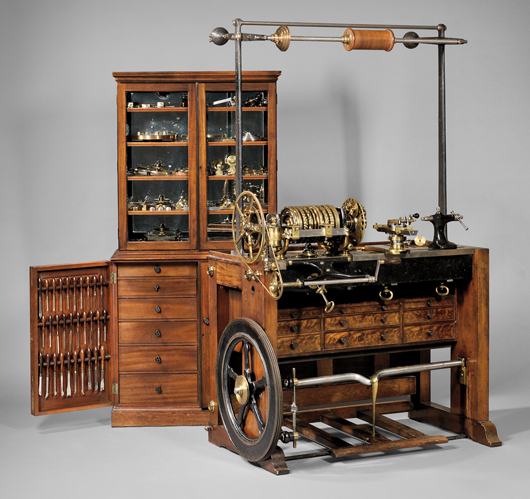 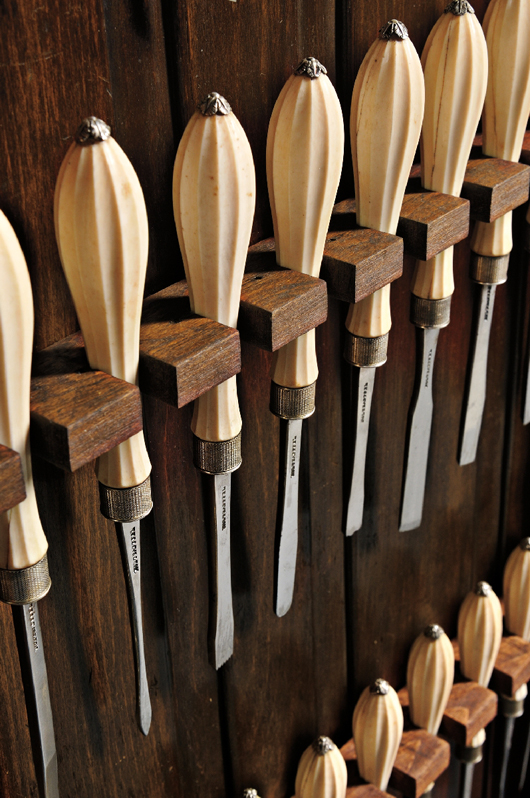 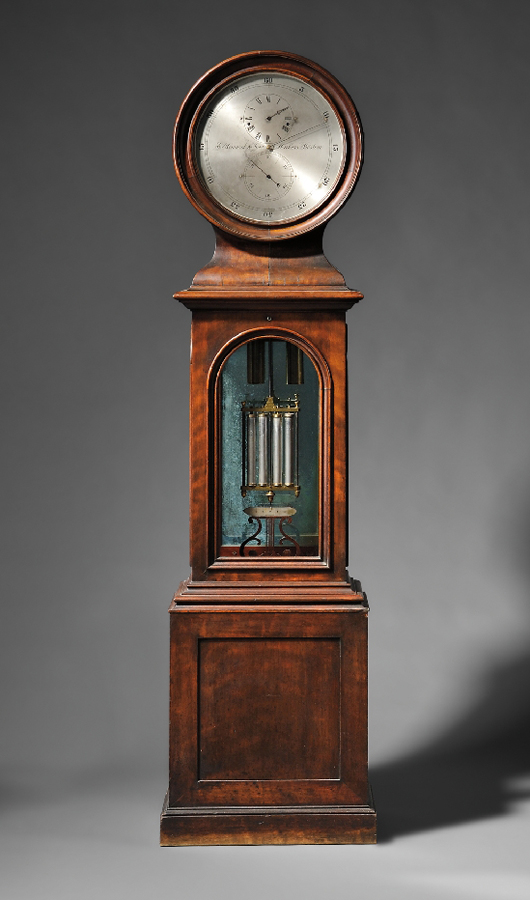 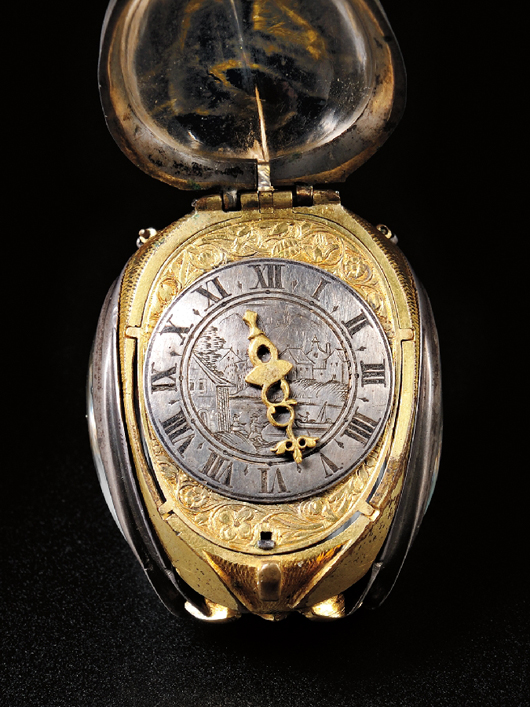 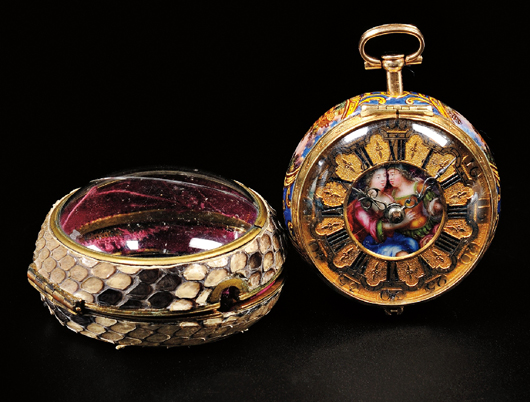 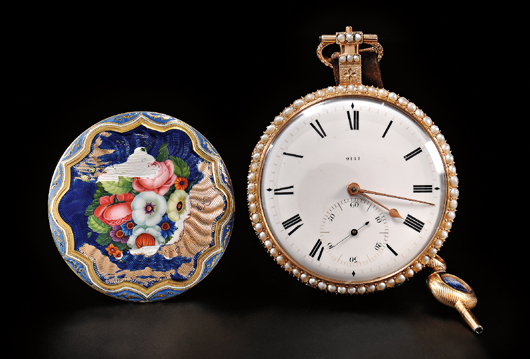 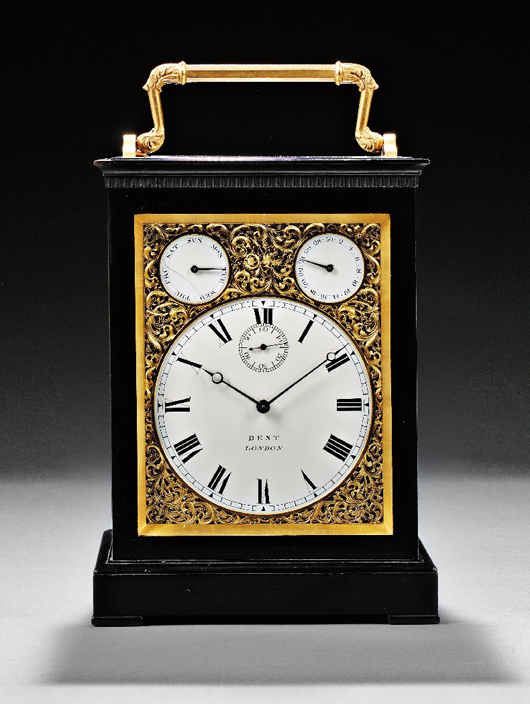