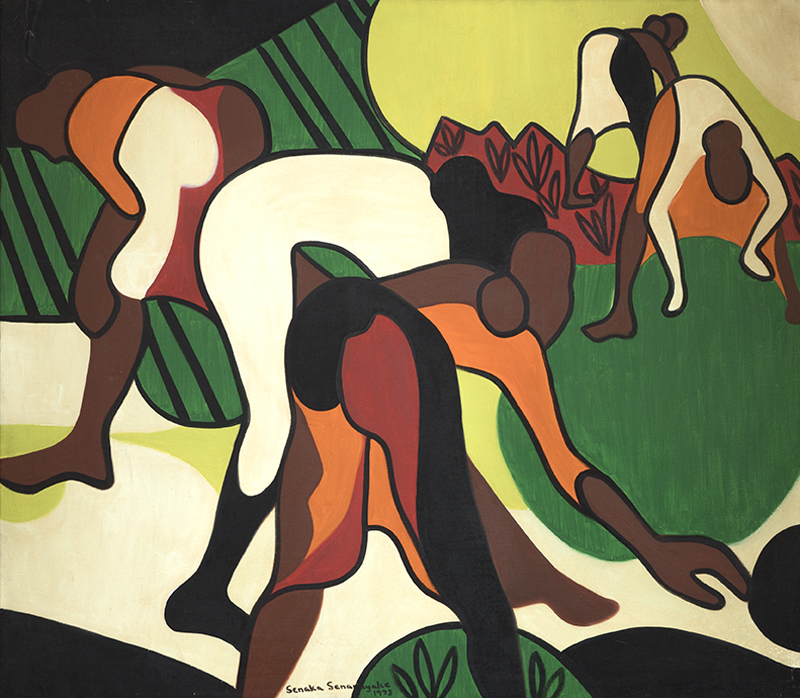 This large composition by Sri Lankan painter Senaka Senanayake (b. 1951) titled ‘Paddy Growers’ was brought to the block with a $3,000 to $5,000 estimate; the piece ultimately earned $8400. John Moran Auctioneers image

Absentee and Internet bidding was available through LiveAuctioneers.com.

An art pottery vase from the same collection by well-regarded ceramicists Otto and Gertrud Natzler was offered with a $2,500 to $3,500 estimate The vase (below) was of a larger scale than those usually seen by the couple, and as such the price jumped to $6,000 within seconds of the lot opening. 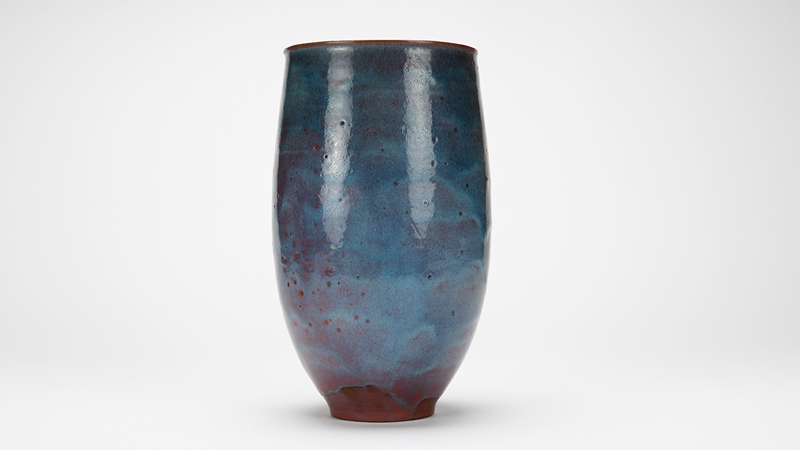 More contemporary selections were offered later in the sale. An acid-etched “Imperial Palace” cocktail table by Philip and Kelvin LaVerne was offered for $4,000 to $6,000, and realized the high estimate.

A handsome pair of sterling silver shell-form spoon warmers by Italian maker Buccellati created quite a stir, with a bidding war breaking out between multiple online bidders and a floor buyer. The floor buyer proved victorious, paying $3,600 for the lot (below). 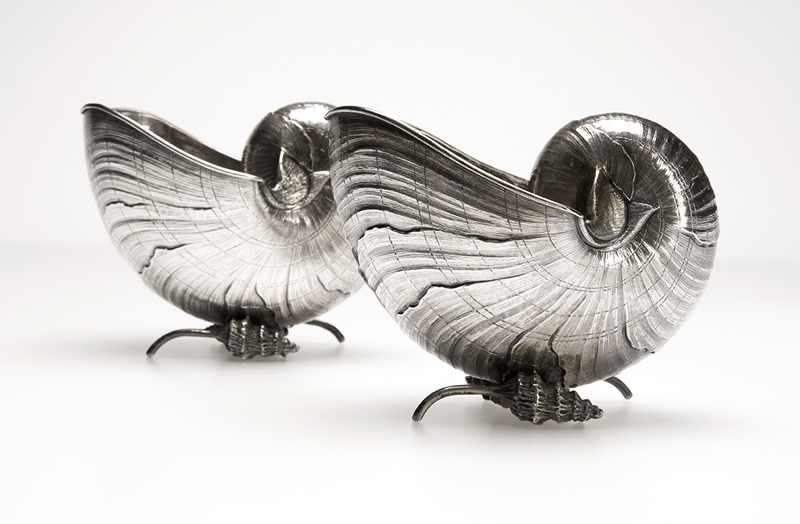 In a repeat performance of Moran’s April Decorative Art Auction, modern and contemporary works of art brought relatively strong prices. A large oil on canvas by Sri Lankan painter Senaka Senanayake (b. 1951) titled Paddy Growers struck a chord with online buyers. The painting had multiple online absentee bids lined up prior to the auction’s opening. Consigned from a private Pasadena collection, the work earned $8,400.

An idyllic scene in oil on canvas of figures resting at the seaside by British/Australian artist Frederick William Leist (1878-1945) was consigned to Moran’s June sale from a private Los Angeles collection. The work (below) brought $7,800. 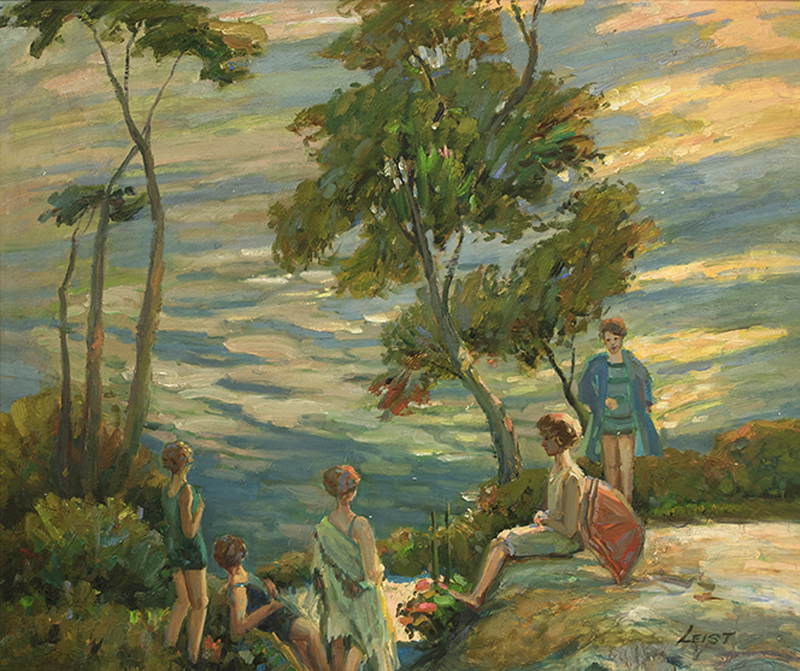 Performing squarely within estimate, a large B.A. Bremond Swiss cylinder music box (below) dating to circa 1885 delighted bidders with its selection of 48 airs. It led the auction results, selling for $19,200. 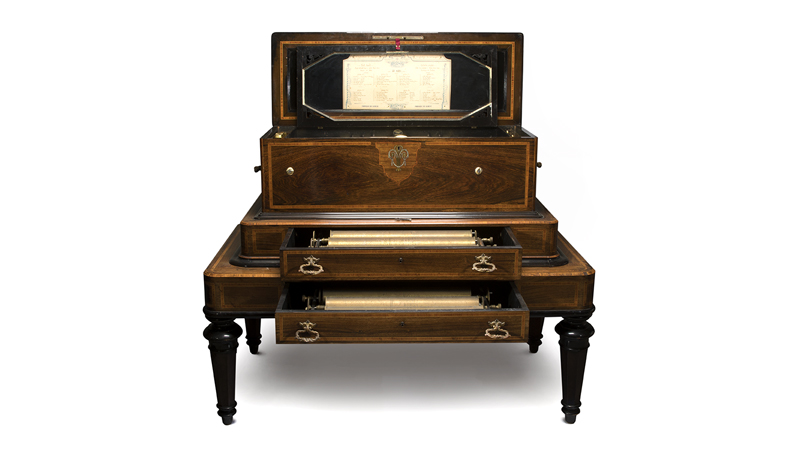 Western and Native American jewelry prices were particularly robust throughout the evening. A pair of modern Native American turquoise beaded necklaces, the larger with an offset silver an turquoise pendant signed for artist Jimmy Calabaza Kewa, was offered as a single lot and garnered much admiration (below). Attending bidders brought the price of the necklaces up to $2,700, well over the conservative $500 to $700 estimate. 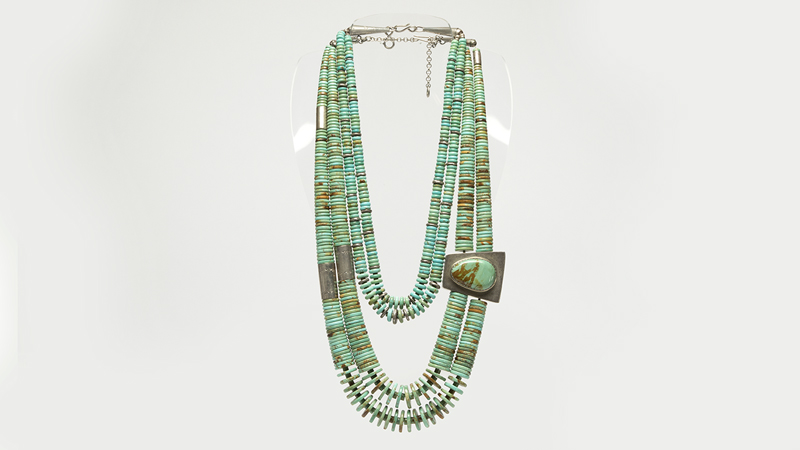 For questions regarding this or any upcoming auctions, contact John Moran Auctioneers via telephone 626-793-1833 or email info@johnmoran.com.

Lock of David Bowie’s hair to be offered at auction